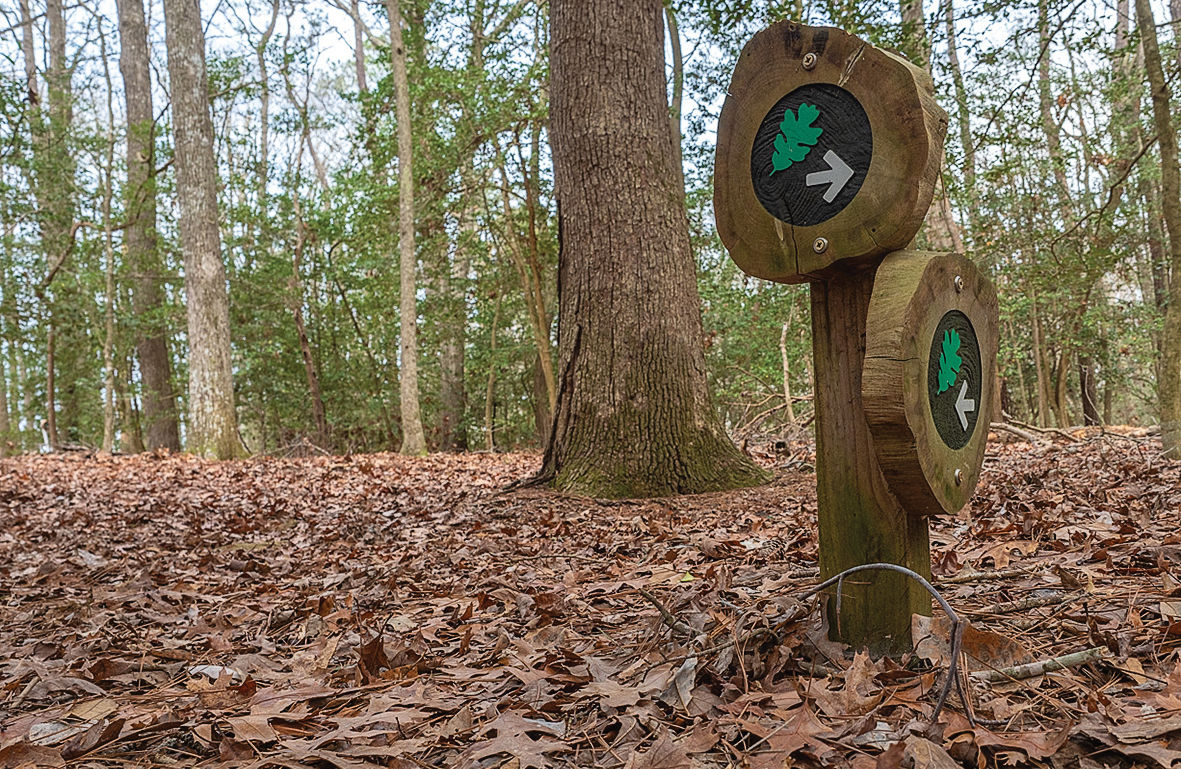 Signs point out trail routes at the Nassawango Creek Preserve in Maryland. 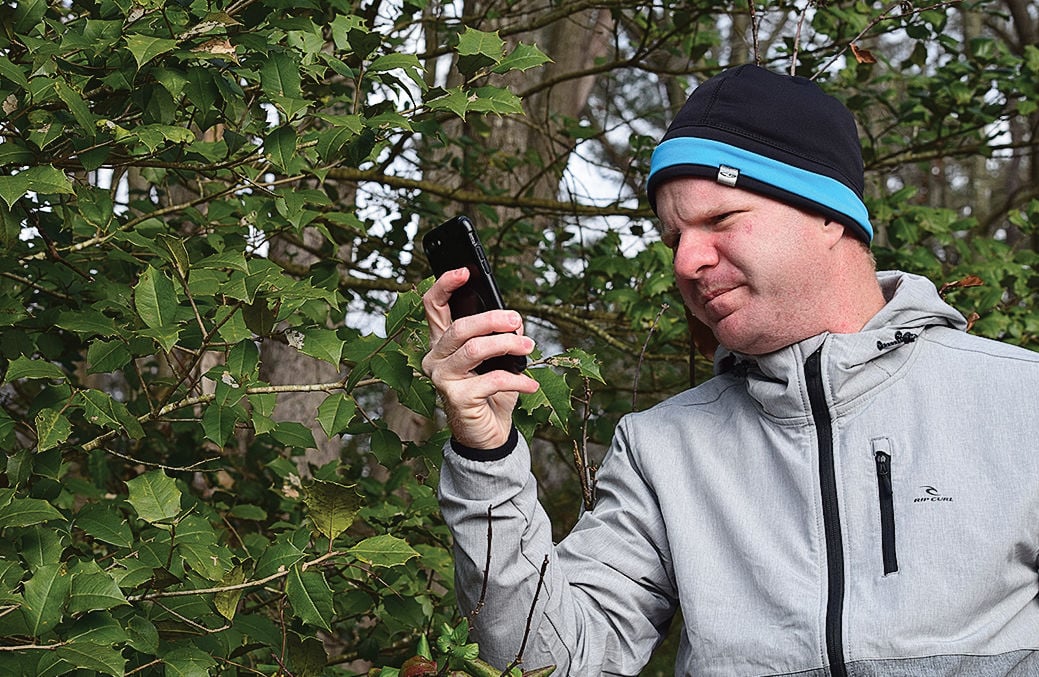 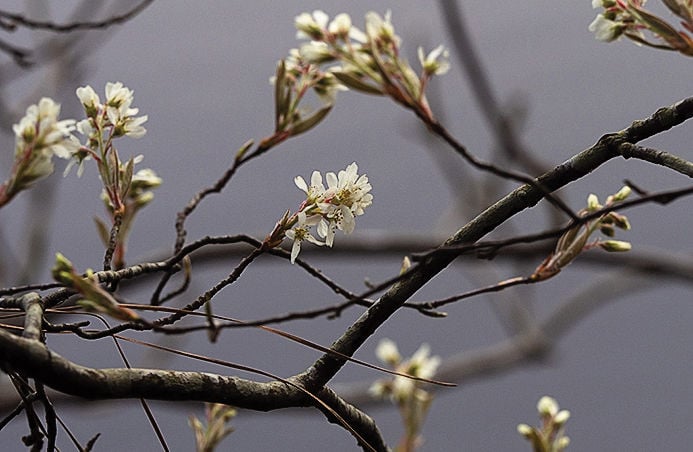 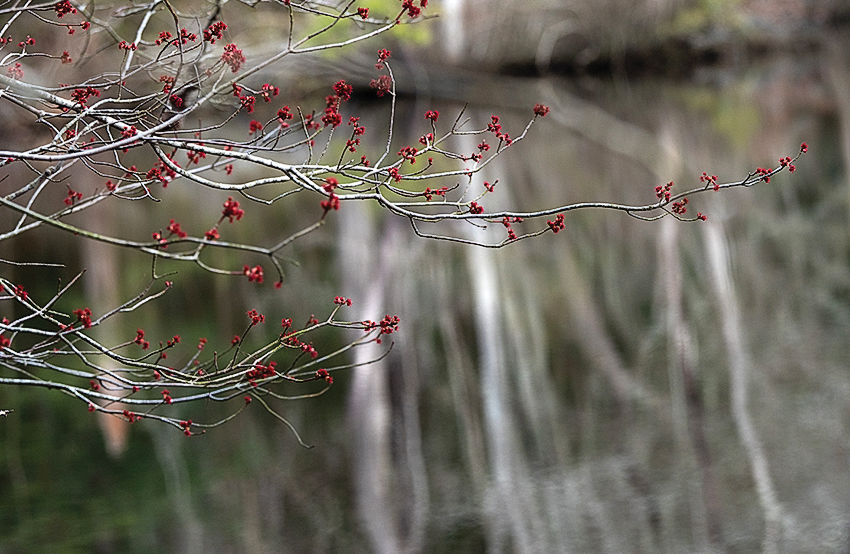 Red maple buds at the Nassawango Creek Preserve in Maryland, an early sign of spring. 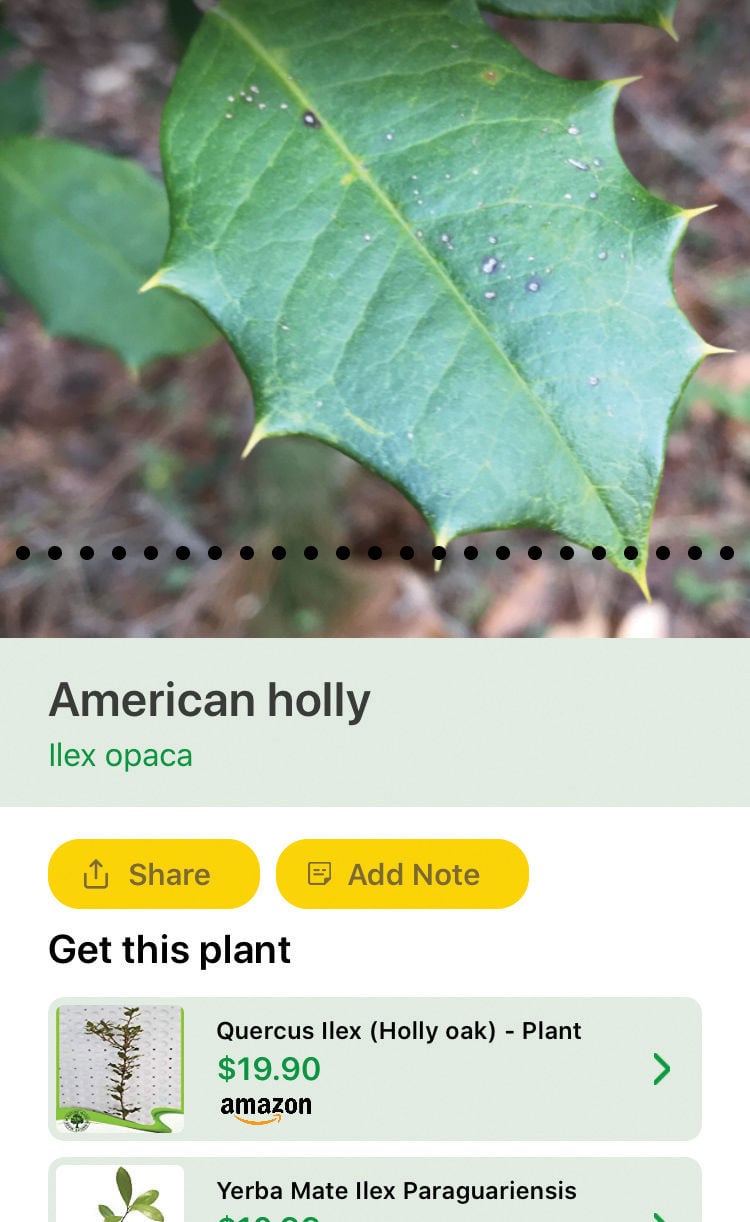 The ability to identify plants and trees was once the sole province of experts such as naturalists, botanists and master gardeners. But with new technology just a download away, anyone can do it.

Well, mostly do it. So I learned during a recent hike through a soggy portion of the Nassawango Creek Preserve in Worcester County on Maryland’s Eastern Shore.

I field-tested four plant identification apps on my mobile phone to see whether they offer a friendly user experience and deliver reliable results. None of the apps emerged as a “winner.” Clearly, the technology could use more time to mature, but the day is probably close at hand when software overtakes humanity when it comes to singling out greenery.

Plant identification can be a nettlesome task. To this day, scientists are still discovering an average of about 2,000 new plants per year. Sometimes, it can take years, even decades, for biologists to confirm whether one of those plants is a unique species.

What hope do the rest of us have?

Luckily, identifying your garden-variety plants isn’t usually so complicated. But it can still be daunting for those of us without specialized degrees or a lifetime poring over field guides.

From the comfort of my WiFi-enabled home, I downloaded four apps — iNaturalist, PictureThis, PlantNet and PlantSnap — and hit the road. All were free. Or at least they started as free; some began asking for money after I reached a certain number of identification attempts.

For nature lovers in search of a little botanical variety, Nassawango Creek Preserve is a great choice. Owned and managed by The Nature Conservancy, it protects nearly 10,000 acres of land along the 18-mile stream. On its way to the Pocomoke River, a significant Chesapeake Bay tributary, the Nassawango trickles past rare stands of seaside alder, bald cypress and Atlantic white cedar. There are also orchids and — just discovered last year — a meat-eating plant found nowhere else in Maryland.

The conservancy operates a few free access points to the creek along its holdings there.

On a crisp January afternoon, my 9-year-old daughter and I tromped down the preserve’s Prothonotary Warbler Trail which, from high above, resembles the upper half of a stick-man drawing. It starts with the semicircular outline of a torso topped by a loop trail (the head) that touches the riverbank. Then, two out-and-back lengths jut out like arms from either side of the “body.”

The entire trail can be covered probably in a little more than an hour. But that’s pushing it when it’s 43 degrees and your companion’s age is not quite into double-digits. On the bright side: This is the Shore, so most of the going is flat. There are some surprisingly steep knolls, though, particularly on the eastern “arm.”

During the winter, the landscape is a veritable rainbow of browns and off-browns. That’s no strike against it; there’s still plenty to explore if you’re willing to look a little deeper.

That’s how I discovered that these apps can really help to elevate your experience with the outdoors. To understand what I mean, it helps to know how they work.

The apps function largely the same way: You snap a picture of a plant, upload it to the app and it spits out its best guess at what you’re seeing. Depending on the app, you can submit images of leaves, flowers, the bark or the whole plant.

All of the apps I used depend on image-recognition technology to suss out a plant’s identity. But at least one supplements that information with actual humans — unpaid site contributors — who follow up via email with their own rulings. Their replies usually start trickling in within a few hours.

A common critique of such technology is that its ability to make accurate identifications hinges largely on the quality of the information you feed into it. To borrow a phrase from the computing world: garbage in, garbage out.

An example: If you take a blurry picture of a leaf belonging to a Joe Pye weed (Eutrochium fistulosum) — a stalky native bush with purplish flowers — you could wind up with an output on your screen of a different genus altogether.

The apps are finicky about photography. A whole leaf must be shown, not just part. A wilted flower is no good. A leaf silhouetted by the sun won’t work. Don’t be too far or too close to your subject.

It’s not enough, then, to take a quick pic of some random leaf with your smartphone and move on. You must spend a little time with your plant or tree to find a good representative leaf. Be sure it’s not obscured by other leaves or missing some vital facet — perhaps a serrated margin or a fourth lobe. These things matter.

Suddenly, before you know it, you and your normally half-interested child are communing with nature. It’s like an open-ended scavenger hunt. You’re hunched over a log, pawing through a tangle of vines. You’re stopping by a sapling, considering its shape, its worth here in the forest.

For eons, critics have been railing about how technology distances us from the wonders of creation. In a small way, these apps may help reconnect us, even if only for an afternoon.

But do they work? The bad news is that you won’t know an answer is wrong unless you already know the answer. So I planned my experiment with a different goal. I decided to pit the apps against each other. How often do they agree?

To find out, I took photos of nine leaves from what I believed to be different plant species along the hike. In more than half of the cases, I don’t think I could definitively identify that plant myself.

The number of times all four apps agreed on the identity of a plant? Once. Apparently, with its dark-green, pointy leaves, American holly cuts a distinctive figure. A close runner-up was the beech tree, whose fanlike leaves were recognized at the genus level by all the apps. There was some disagreement over whether it was an American or European variety.

At no time did exactly three apps line up with one another. But with four of the plants, I got two apps to produce identical answers. A long-dead oak leaf I scrounged off a wooden plank, for instance, generated two guesses of northern red oak followed by one each of white oak and scarlet oak.

Three of the plants just gave the apps fits. With four programs, I got four different suggestions. I tried a mushroom and the apps replied:

I re-used the same photograph for each plant in the apps, so you can’t chalk up the variations to some difference in hue or angle.

Far from being disappointed, I was still impressed with the apps. We now have in our pockets tools that can narrow down the identity of a plant out of tens of thousands of possibilities — and sometimes hit the mark.

Some plant ID apps to consider

There are several apps that claim to accurately identify plants and trees in the wild. Here’s a look at a few examples available on both Apple and Android phones: