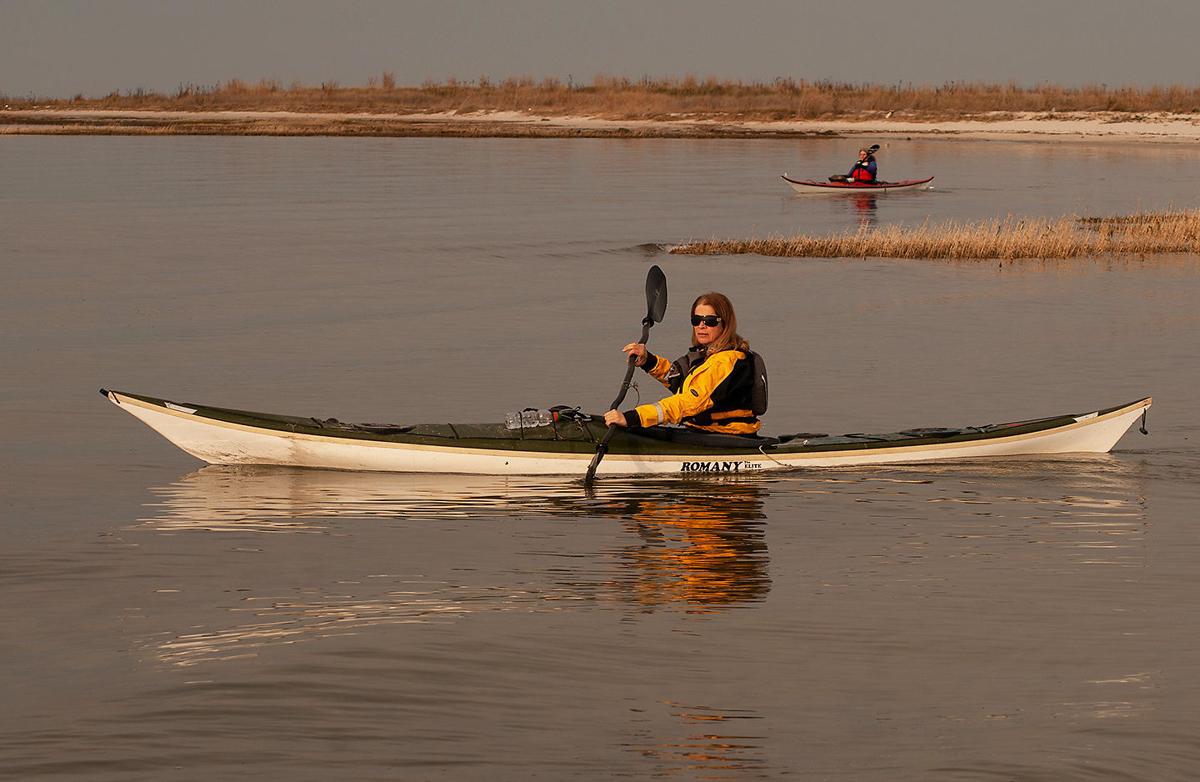 Paddling safety needs extra attention in spring, when the air temperature warms but the water temperature can still pose risks. 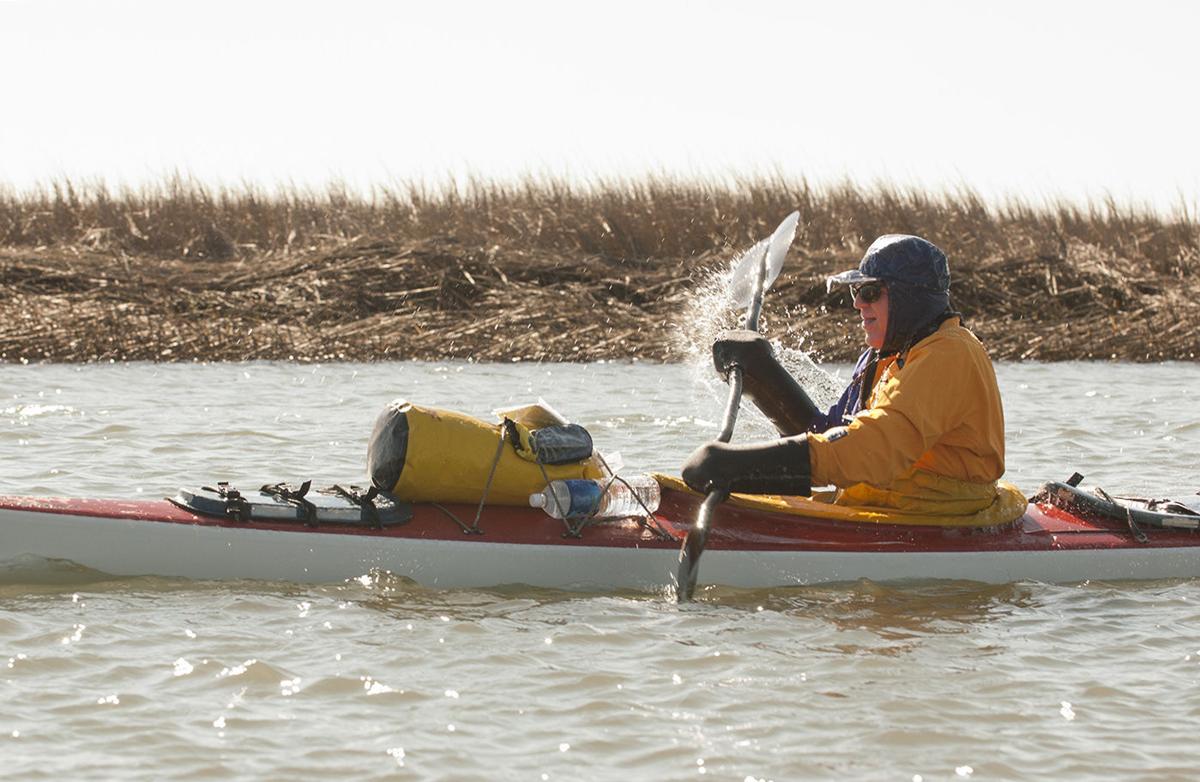 Learning and practicing safety skills, as well as being properly prepared with clothing and gear, is critical for paddlers. 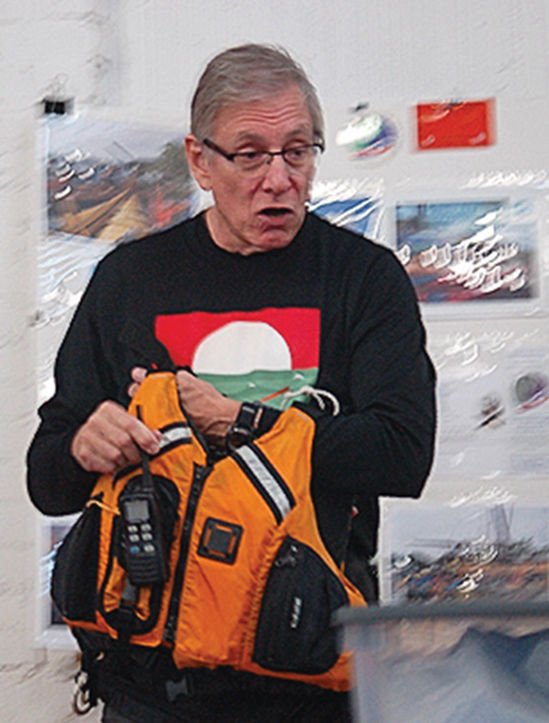 Moulton Avery of the National Center for Coldwater Safety conducts a workshop for the Chesapeake Paddlers Association in 2017.

It happens every April and early May across the Chesapeake Bay region. Warm, sunny weather beckons to thousands of stir-crazy people who don shorts and T-shirts and drag their canoes and kayaks to the water.

The desire to get outdoors is even more pronounced now with home isolation from the coronavirus keeping people cooped up. Canoeing and kayaking are currently permitted in all the Bay drainage states even as some forms of recreational boating are not.

Because of that, officials and paddling groups are warning the public about being lulled by warming weather into a false sense of security as they take to the Bay, favorite streams and lakes — where the water remains cool and dangerous.

The sobering fact is that, too often, paddlers go unprepared and overturn. April is the second-deadliest month for paddling accidents, and kayakers and canoeists made up 20% of all recreational boating accidents in the United States in 2018, according to the U.S. Coast Guard.

In Maryland from 2009–19, there were 40 kayaking accidents, 24 canoe mishaps, 17 rowboat accidents and 9 inflatable kayak accidents, according to Maryland Natural Resources Police.

“I hear it time after time. There’s a lot of people who believe they will never fall out of their kayaks. And that’s just unrealistic,” said Devin Winand, a kayak instructor and guide for Shank’s Mare Outfitters along the Susquehanna River in in York County, PA.

“You need to assume you’re going to end up in the water. You dress for water temperature, not air temperature.”

Paddling doesn’t have to be cumbersome to be safe, stressed Ralph Heimlich, a leader of the Chesapeake Paddlers Association who has canoed and kayaked for 68 years. “I don’t want to discourage people from paddling. Pay attention to water temperatures and have the right safety equipment and they’ll be fine,” he said.

“The biggest single thing is to wear your PFD [personal flotation device] — don’t just have it,” Heimlich said.

“Wearing a life jacket is the best way to ensure your trip doesn’t end in tragedy,” echoed Stacey Brown of the Virginia Department of Game and Inland Fisheries.

Some paddlers may be familiar with seemingly simple advice: add the air and water temperatures together and use the sum as a guideline for safe conditions — a sum below a certain number, for example, would indicate the need for a wetsuit. The National Center for Coldwater Safety calls this a myth. According to an example on its website, such a formula could suggest no protection is needed in water with a temperature in the low 50s. “That’s simply incorrect,” the center states. “The only thing that matters when you’re in the water is the water temperature.”

Debilitating cold water reactions are the biggest killers of paddlers. Water as warm as 60 degrees can cause a common phenomenon known as cold water shock, causing the overturned paddler to make involuntarily gasps for air. Often that happens when the paddler is at least partially under water, and gulping water puts him or her on the path to drowning, the leading cause of paddling deaths, noted Julie Brown, boating education coordinator for the Maryland Natural Resources Police.

Even water in the 70–77 degree range can impede survival. As of April 8, the water in the Bay was still a chilly 55 degrees. Without a drysuit, or at least a wetsuit, a spill in those conditions would immediately set off cold water shock, Brown noted. If a paddler survived that, he or she would experience a quick increase in blood pressure and heart rate, which could lead to disorientation and even a heart attack.

“Without proper equipment and apparel, the body can become incapacitated in just a few minutes, and without a life jacket this can be a very dangerous and often fatal combination.”

Even if a paddler is wearing a life jacket — and not just storing it onboard as some states require — a dunk in the drink is still dangerous territory. The cold quickly drains feeling in the hands and prevents the paddler from being able to swim far. As the core body temperature drops and hypothermia sets in, the paddler loses the strength to right the capsized canoe or kayak and climb back on board. In water of 50–60 degrees, a paddler hanging onto the craft may only survive six hours or less.

Paddlers should also be wary of wind, which can get even experienced paddlers in trouble, especially on open water and during gusts on the Bay, according to Heimlich. “If you’re not familiar with it, wind can be an overwhelming force, and you have to compensate for that. People get in that chop and are not used to it and flip over.”

Look for routes protected from strong winds, such as narrow creeks and marsh guts, where the shoreline is reasonably close and the water is shallower.

But regardless of your paddle route, learning and practicing self-rescue skills should be part of owning a kayak or canoe, Heimlich said. Learn how to right an overturned craft and how to get back into it from the water.

Heimlich points out that a lot of smaller recreational kayaks are not built for safety. If they don’t have built-in bulkheads to keep the kayak afloat, buy float bags and secure them in the bow and stern for additional flotation.

Other safety equipment, such as pumps or floats that can be placed on a paddle for stabilization, can help prepare for emergencies.

Most paddling groups discourage paddling alone. Because of coronavirus regulations, if paddling in a group, maintain social distancing at all times.

If you venture out in your canoe or kayak, especially with current colder water temperatures, follow these safety rules.  For more information, visit the National Center for Cold Water Safety website.