You have permission to edit this article.
Edit
Welcome, Guest
News
Travel
Columns
Opinion
Multimedia
Podcasts
About
Contact Us
e-Edition
Subscribe
Donate
1 of 2 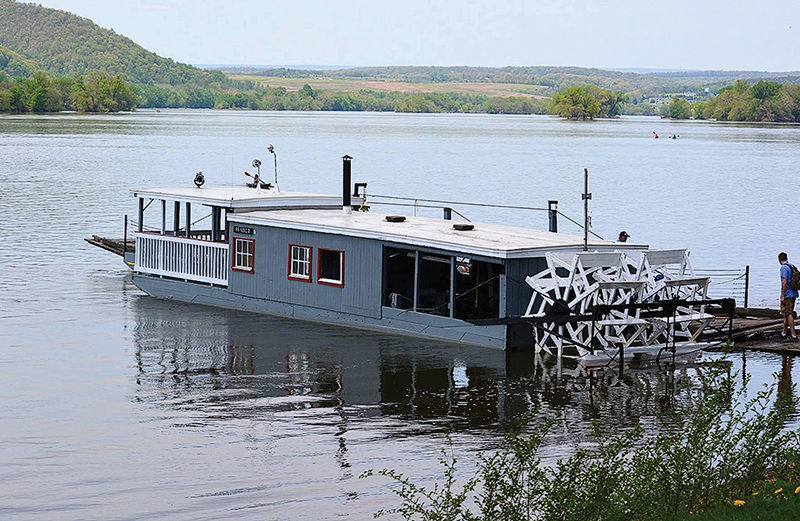 The gray Falcon III, along with the Roaring Bull V, are believed to be the last all-wooden, double stern-wheel paddleboats operating in the United States. (Millersburg Ferry Boat Association) 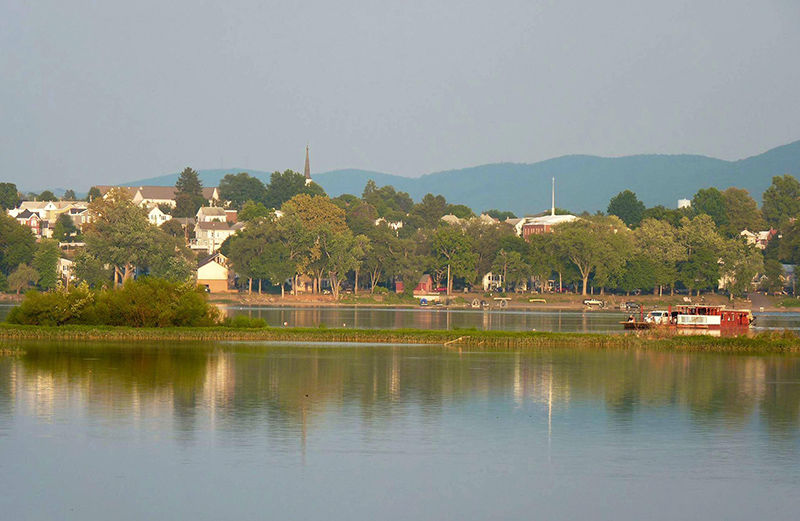 The town of Millersburg, just north of Harrisburg, PA, offers a scenic landing for two historic ferryboats that transport both people and cars across the Susquehanna River. (Millersburg Ferry Boat Association)

The gray Falcon III, along with the Roaring Bull V, are believed to be the last all-wooden, double stern-wheel paddleboats operating in the United States. (Millersburg Ferry Boat Association)

The town of Millersburg, just north of Harrisburg, PA, offers a scenic landing for two historic ferryboats that transport both people and cars across the Susquehanna River. (Millersburg Ferry Boat Association)

On any given day, travelers heading north from Harrisburg, PA, will be rewarded with spectacular views of the Susquehanna River and Blue Mountain. But anybody who keeps their eyes entirely on the road ahead of them might overlook two antique ferry boats traversing the river near the quaint town of Millersburg.

It is worth a pit stop to witness these floating historic landmarks — vessels representing the last known, all-wooden double stern-wheel paddleboats believed to be operating in the United States.

The ferry boat operation was established here in the early 1800s. “It was as an economically feasible method for transporting produce, livestock, building supplies and people — with their horses, wagons and eventually motor vehicles — from the more rural Perry County for delivery to markets in Harrisburg, Lancaster, Philadelphia and throughout the region,” said Melanie Morrison, operations manager for the Millersburg Ferry Boat Association.

At one point, as many as four ferry boats operated to meet local traffic demands. Captains initially poled the ferries across the river by hand. Later, steam and gasoline engines eased the journey.

“Today, the ferry boats transport vehicles and people across this scenic, mile-wide stretch of the Susquehanna, especially day-trippers and tourists who want to experience what it might have been like during a simpler, slower-paced period in history,” Morrison said.

The current fleet consists of two ferry boats: the red Roaring Bull V and the gray Falcon III. While the true birthday of these vessels is unknown, public records reveal ownership and usage rights dating back to 1817, making 2017 an appropriate time to mark 200 years of service.

“We are planning an event to coincide with Millersburg’s annual 4th of July celebration,” Morrison said. “According to our captains’ logs, visitors from around the world include our ferry boats in their travels. We hope they will join us, as well as people from throughout the region who aren’t aware of these cultural treasures.”

The Millersburg Ferry Boat Association, made up of local businesses and community organizations, has operated the boats since 1990, when the local Chamber of Commerce assumed ownership and formed the nonprofit association. In addition to overseeing seasonal operations, the association maintains the vessels, trains captains according to U.S. Coast Guard standards and raises funds to help to preserve the fleet’s historical value for future generations.

“Every year brings its challenges, from boat and infrastructure repairs to weather conditions that affect water levels,” Morrison said. “It requires passion, hard work and generous support from our donors to keep it all running. Operating the Millersburg ferry boats is truly a labor of love.”

All aboard the Millersburg ferries

The ferryboats run daily from June 1 until Labor Day, and during weekends and holidays from May through September. Schedules are based on traffic, water levels and weather. Weekday hours are 11 a.m.–5 p.m. Weekend and holiday hours are 9 a.m. to dusk.

Travelers can access the ferries from two locations: Riverfront Park in Millersburg or on the West Shore at the Millersburg Ferry Campground. Don’t look for a schedule. If the ferry isn’t waiting, swing open the door located on the landing to signal for the captain and crew. The crossing time varies between 15 to 25 minutes each way.

For information, visit MillersburgFerry.org or search for Millersburg Ferry on Facebook.

In addition to being 25 miles from the state capital, Millersburg offers Ferry Boat Campsites, the Ned Smith Center for Nature and Art, Lake Tobias Wildlife Park, the Winery at Hunter’s Valley and other attractions.