You have permission to edit this article.
Edit
Welcome, Guest
News
Travel
Columns
Opinion
Multimedia
Podcasts
About
Contact Us
e-Edition
Subscribe
Donate
1 of 4 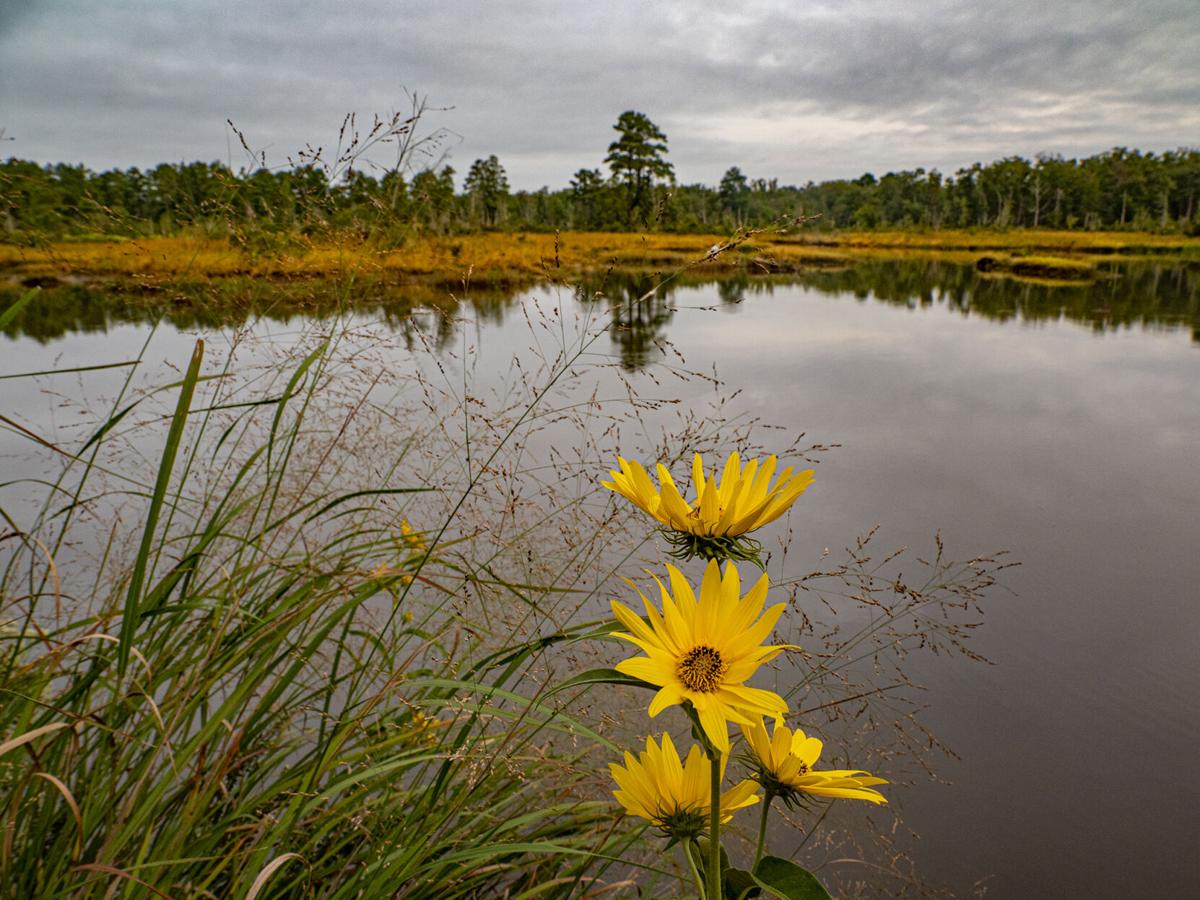 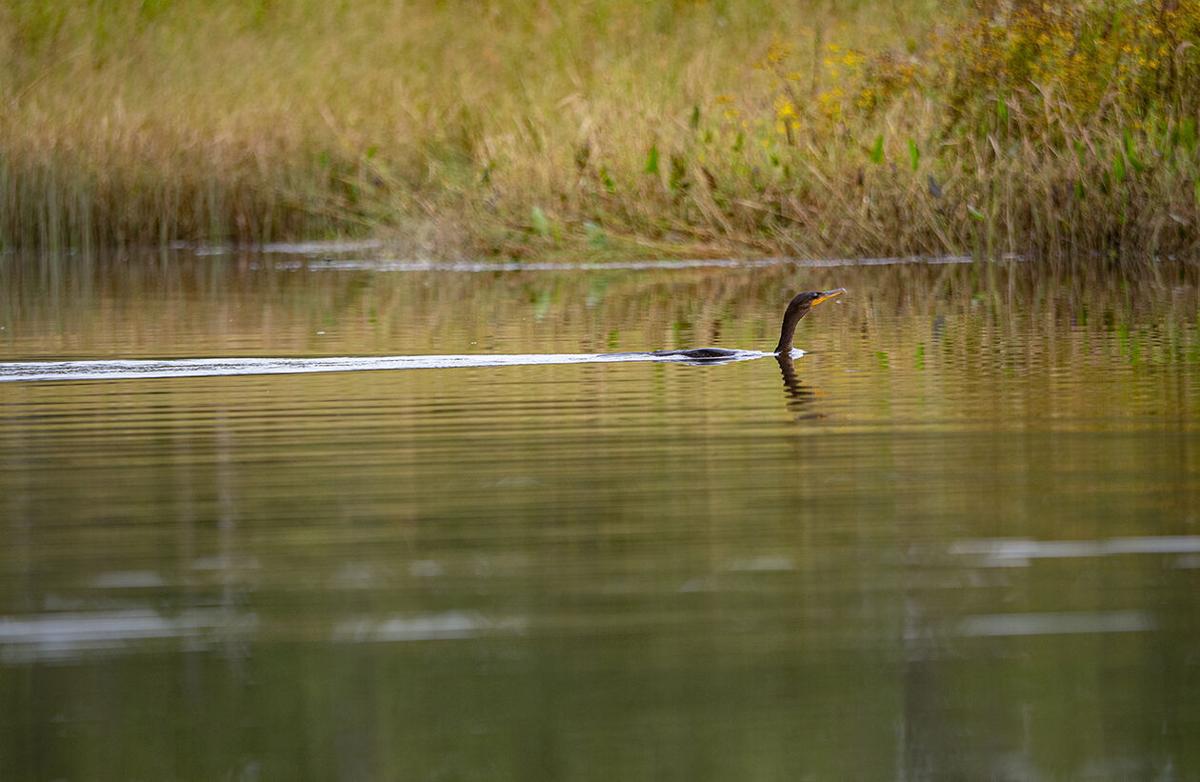 A cormorant cruises the Zekiah Swamp in Charles County, MD. 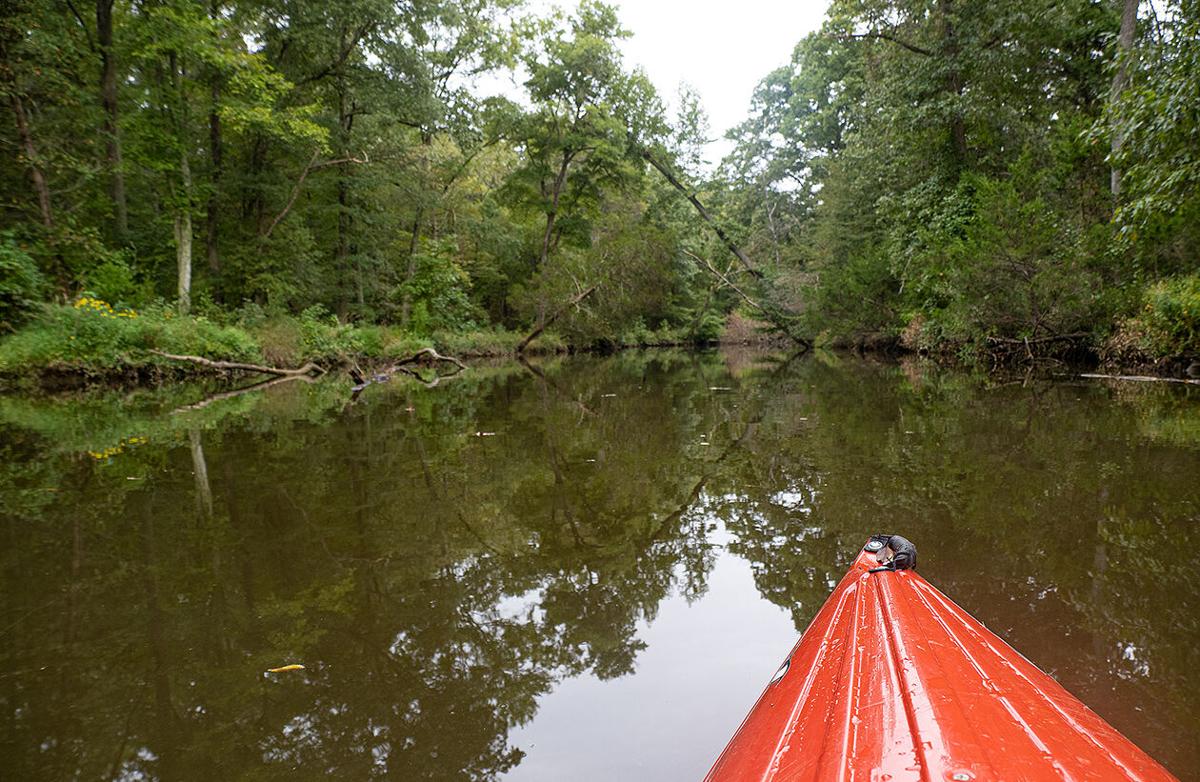 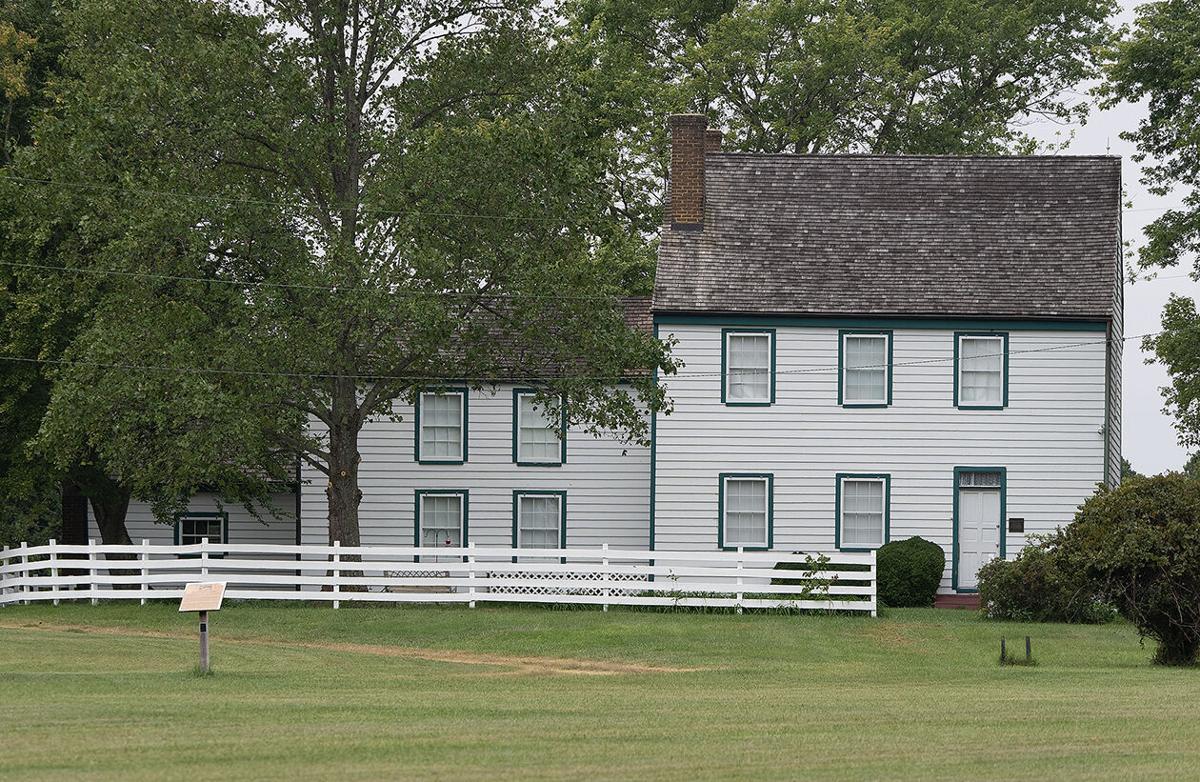 I know when I’m not wanted. And standing there, at the end of a crater-pocked boat launch, watching water — far deeper and faster than I had expected — surge by, I felt distinctly unwelcome.

The derelict launch and hostile current were merely the latest in a series of obstacles standing between me and my plan to paddle the Zekiah Swamp, the largest hardwood swamp in Maryland.

In the days leading up to my trip, I had struggled — and failed — to gather a companion or a kayak. The Patuxent Riverkeeper had come through last-minute on the latter, but I arrived at the mouth of the swamp on my own. Preceding me by a day were a couple of inches of rain courtesy of Hurricane Ida, which had spawned downpours, flooding and tornadoes in mid-Atlantic states.

As I defiantly cinched up my life jacket, I couldn’t help but smile. After all, this is what had drawn me to the swamp in the first place: its remoteness, an attribute responsible for the Zekiah’s rich biodiversity and colorful folklore.

Historically, people didn’t come to the swamp to relax or recreate; they came here to escape, to disappear. Out here, inaccessibility was kind of the point.

The Zekiah Swamp is a 21-mile system of braided streams that winds through the heart of Maryland’s Charles County, from Cedarville State Forest to Allens Fresh Natural Area, where the Zekiah’s thick bottomland forests give way to the wide horizon of the Wicomico River, just past Maryland Route 234. This is where, if you don’t blink, you’ll locate that boat launch, via a tortured dirt path tucked between two bridges just east ofUS 301. (Much of the land surrounding the length of swamp is private, and, while rustic, this launch is the public route to the water.)

Here’s what you won’t find at Allens Fresh, part of the 443-acre Zekiah Swamp Natural Environment Area owned by the Maryland Department of Natural Resources: access roads, campsites, parking lots, picnic tables or restrooms. There are no hiking trails, either.

But, if you can manage to get your paddles wet, here’s what you will find waiting in the swamp’s muddy reaches: birds, including flamboyant species like the prothonotary warbler, scarlet tanager and red-headed woodpecker. And there’s rare flora, like Long’s bittercress, an inconspicuous plant in the mustard family whose flowers don’t have petals. There are fewer than 100 known populations of this petite green worldwide, and the one at Allens Fresh is among them. Another rare wetland flower, the spongy arrowhead, also grows in the swamp. Trees like sweetgum and swamp rose peer down into the swirling brown water, where turtles, beavers and otters swim laps.

As I huffed and puffed and ugly-paddled my way upstream, I thought about the descriptions I had come upon over and over in my research.

The Zekiah Swamp, everyone seemed to agree, is one of the most important ecological areas on the East Coast and one of the least disturbed in the Chesapeake Bay watershed.

It’s also a fabulous place to get lost. Of course, I wasn’t the first person to have this thought, not by a long shot. In the last two decades, archeologists have combed through the swamp, recovering artifacts from the 1500s and 1600s that suggest the Zekiah Swamp was an important refuge for the inhabitants of the young Maryland colony. In 2009, an excavation team from St. Mary’s College found buried vestiges — bricks, ceramics and pipe stems — of Charles Calvert’s summer home, which he built in 1674 and called “His Lordship’s Favor.”

A couple of years later, the team made another exciting discovery, turning up artifacts from Zekiah Fort, a Piscataway settlement that archeologists had been trying to find for nearly 100 years. Calvert, as deputy governor of the colony, ordered the fort built in 1680 to resettle hundreds of Piscataway Indians and protect them from the invading Susquehannock. When the Piscataway deserted the fort 12 years later, they left behind pottery, glass beads and arrowheads fashioned from English brass, which remained interred in Zekiah’s fertile soil for more than 300 years.

In a press conference after the discovery, Piscataway Chief Billy Redwing Tyack said that his people “were persuaded to come to the area for safety and refuge that was never given,” and he hoped that the investment in and excitement around the fort would signal a “new era” in the relationship between the state and the contemporary tribe.

Perhaps the most infamous men to have sought refuge in the swamp were John Wilkes Booth and his coconspirator, David Harold. Hours after the assassination of Lincoln, Booth and Harold arrived at the home of Dr. Samuel Mudd, who lived in a handsome white farmhouse adjacent to the Zekiah Swamp. After Mudd set Booth’s broken leg, the two fugitives disappeared into the swamp.

Today, the Mudd House is on the national register of historic places and a working museum. This fall, it is once again offering outdoor walking tours so that visitors can follow Booth and Harold’s footsteps across the home’s farm fields and 200 yards into the swamp itself, according to Bob Bowser, the acting president of the Dr. Samuel A. Mudd Society.

Even this short walk allows visitors to see “just how difficult it would have been, in the dark, on horseback,” to navigate the tangled vegetation of the swamp — so much so that Booth and Harold became hopelessly lost less than a quarter mile into their journey.

The tour relies on the accounts of soldiers from the 22nd Colored Infantry, who conducted an exhaustive search of the area days after the assassination. Some reported walking out of the swamp covered in mud up to their necks.

Bowser said anyone interested in the two-hour tour should keep an eye on the Mudd House’s social media pages, where events are posted and updated frequently. (If experiencing the swamp on dry land appeals to you, another place to do it is in Cedarville State Forest, where hiking trails and roads crisscross its headwaters.)

Some of the swamp’s lore is heavier on fiction than fact, and no Zekiah Swamp legend is more famous than Goatman.

Usually described as half man and half goat, Goatman’s origins are as mysterious as his whereabouts. According to a 2015 Washingtonian article, some versions of the story say he is a reclusive goatherd who became mentally unstable after some locals killed his goats; others posit that he is something akin to Bigfoot, a mythical creature said to roam the Maryland countryside. Other rumors insist Goatman was the result of the old tried-and-true experiment-gone-horribly-wrong thing at the nearby Beltsville Research Agricultural Center — a charge the U.S. Department of Agriculture has officially denied.

Goatman hysteria hit its peak when, in 1971, a local newspaper published a story about a Bowie family who claimed their dog was decapitated by a hulking, hairy creature that walked on two feet and made high-pitched squealing sounds. The story was picked up by the Washington Post days later, and “Goatman hunting” remains a popular pastime.

By the time I steered my kayak into the narrow channel of Zekiah Swamp Run, and the trees closed in around me, I was too out of breath to worry about Goatman, and I doubted he would be so blasé as to plod these parts at midday.

Instead, something nearly elusive as Goatman appeared at the bow of my kayak — a branch heavy with pawpaws. With the dignified restraint of Yogi Bear, I grabbed hold and began plucking the oblong fruit, storing it between my feet. Looking up, I realized I had paddled my way into another truly storied place: a pawpaw patch.

Satisfied with my haul, I glanced at my Fitbit. One measly mile. Somewhere nearby, a raptor cried. My arms ached. I studied my pile of pawpaws and felt the sting of rejection being soothed by the promise of pawpaw bread.

On the way back to the launch, the current was so generous that I mostly kept my paddle on my lap. The swamp, it seemed, was escorting me out.

One visit to Zakiah Swamp does not make a full story. If you poke around on the public lands you will find nice places to hike, if informally. You will also find informal access places to other short sections of water to explore by small craft. In addition, Posey Creek, Bunker Hill Branch & Newport Run also provide short boater exploration places. The swamp will grudgingly reveal it's secrets if you take the time to poke around.