You have permission to edit this article.
Edit
Welcome, Guest
News
Travel
Columns
Opinion
Multimedia
Podcasts
About
Contact Us
e-Edition
Subscribe
Donate
1 of 5 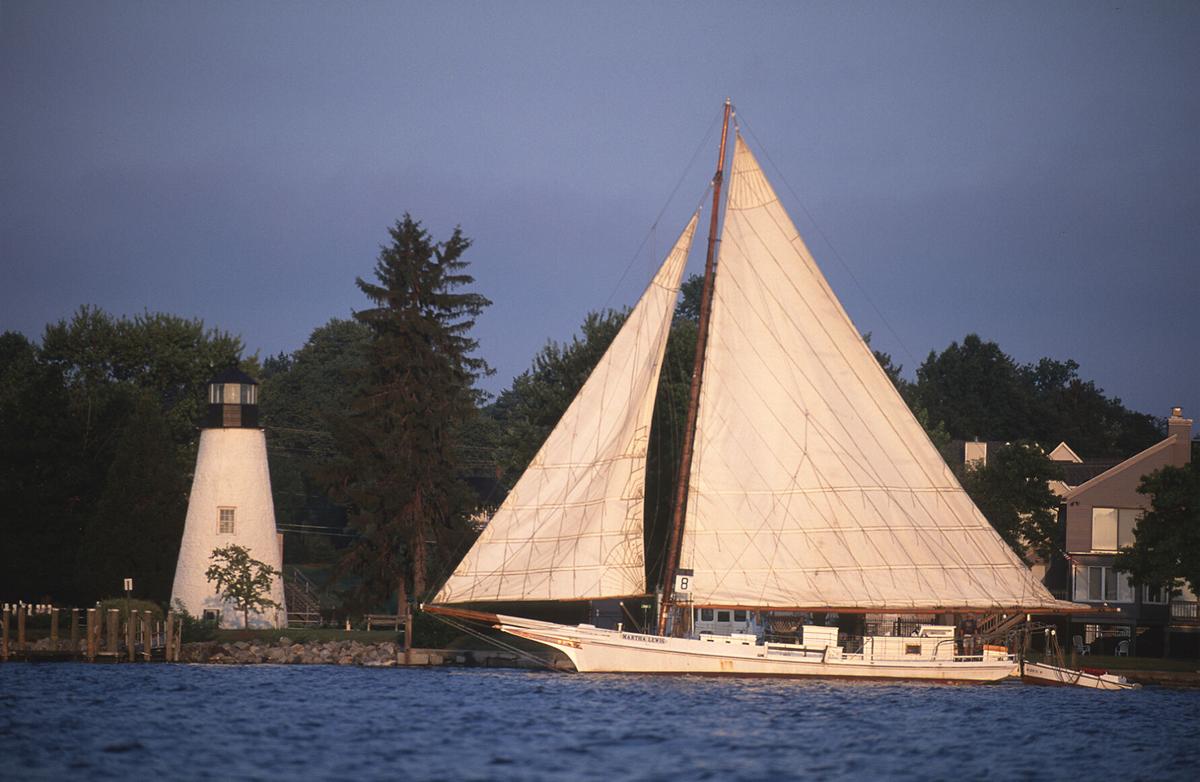 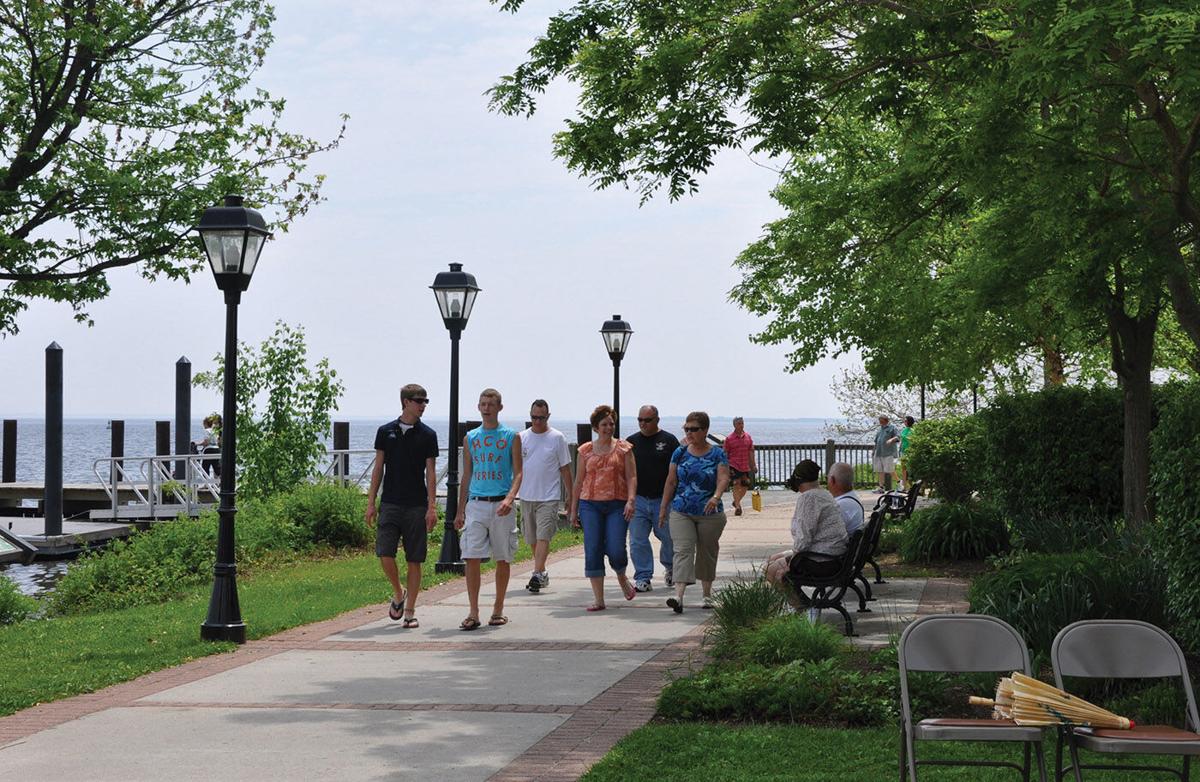 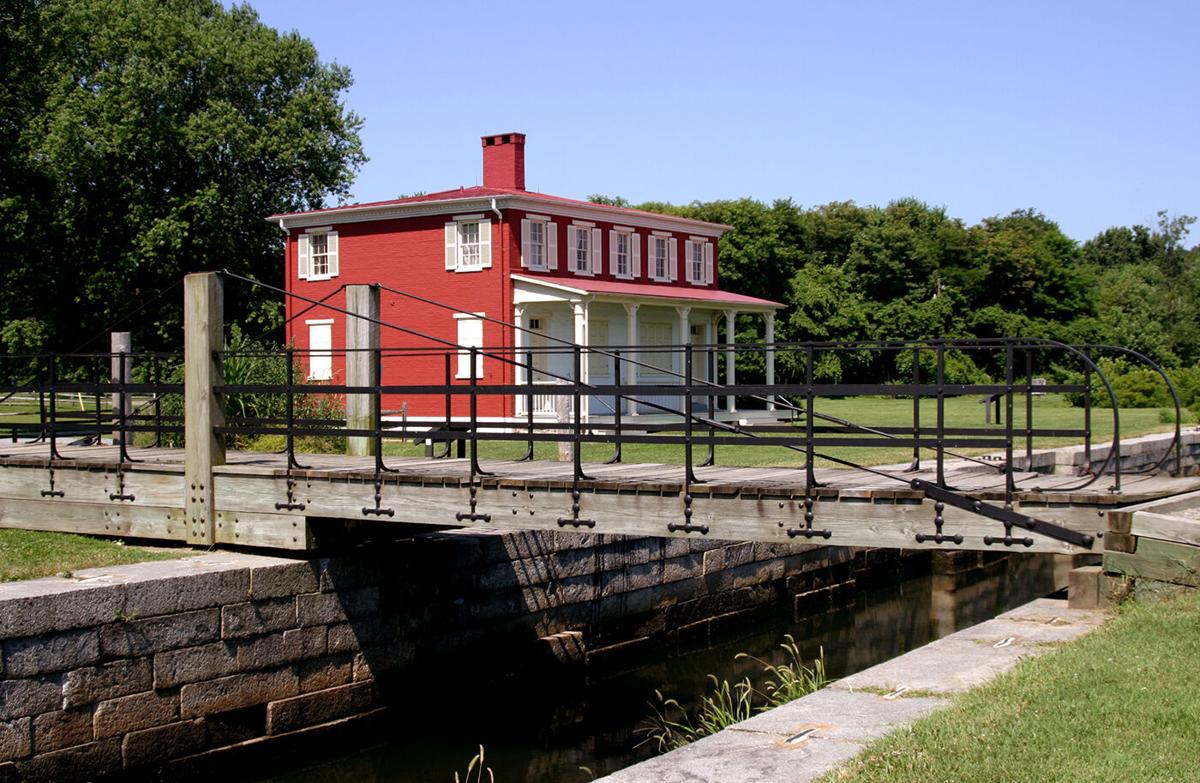 The Lockhouse Museum in Havre de Grace tells the story of the Susquehanna and Tidewater Canal. 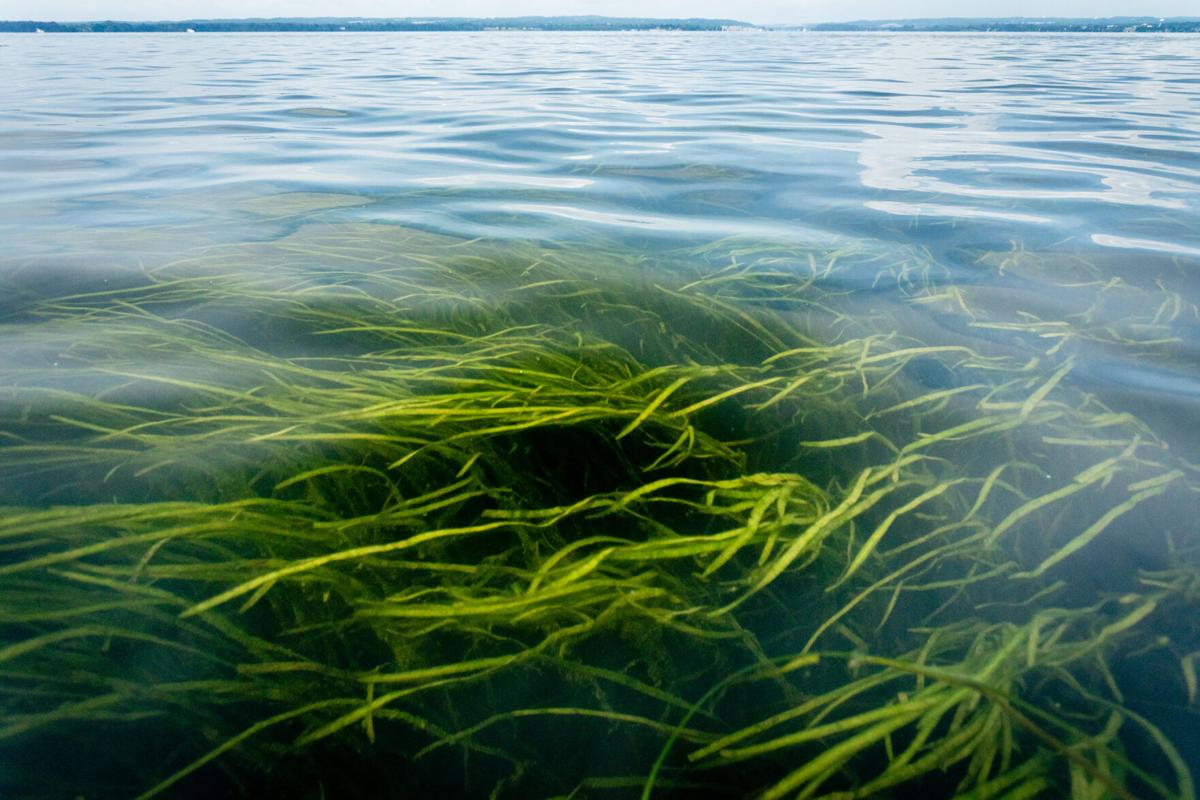 The Susquehanna Flats near Havre de Grace, MD, are known for their lush expanse of underwater grasses. 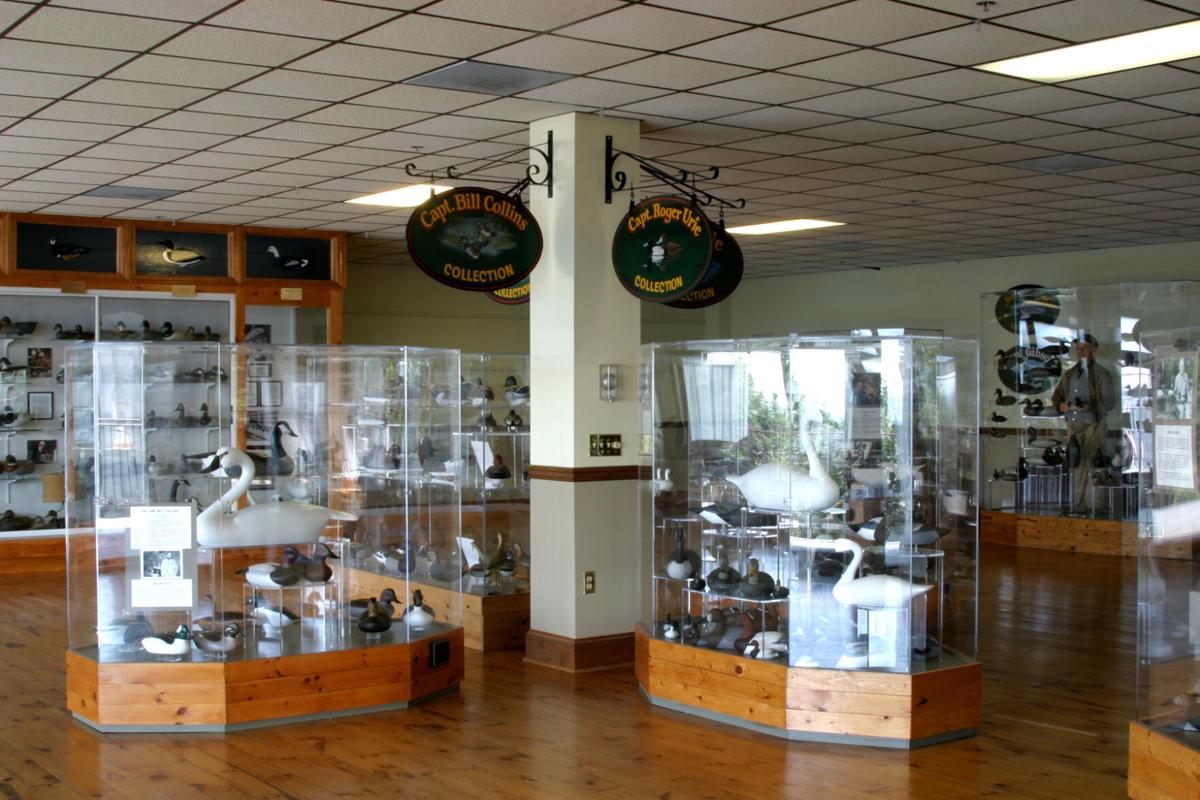 The Decoy Museum in Havre de Grace, MD, highlights the history and traditions of waterfowl hunting on the Chesapeake Bay.

The First United States Congress had been in session for six months when it passed a resolution to establish a permanent capital. It was 1789, and members of the legislative body, gathered in New York City, began mulling over “a convenient place” that could serve not just as a seat of government, but also as a symbolic heart of the young country, uniting the eastern seaboard with the ever-expanding western frontier.

Benjamin Goodhue of Massachusetts suggested Havre de Grace, a hamlet perched at the confluence of the Chesapeake Bay and Susquehanna River — the latter largely considered to be the “highway to the West.” Virginia representative Harry Lee urged the Congress to consider a place farther south, more geographically central. The Potomac River, he said, was just as significant a thoroughfare as the Susquehanna.

Days later, a vote took place, resulting in a tie between Havre de Grace and (what would become) Washington, DC. When Speaker of the House Frederick Muhlenberg cast the tie-breaking vote, the fates of the two locations were sealed. The District of Columbia would become the epicenter of power, politics and traffic. Havre de Grace would, well, stay Havre de Grace.

But Havre de Grace also remained a confluence — not just of river and Bay, but of cultures, industries and American pastimes. Here, European settlers traded with the Native communities that had thrived for millennia along rich floodplains; people escaping slavery on the Underground Railroad stood at the precipice of freedom; and, fast-forwarding to now, hunters and watermen clash with environmentalists over the use and management of the ecosystem.

A visit today reveals the many ways that Havre de Grace has been continually shaped and reshaped by the water that laps its shores and by the myriad peoples who have called it home.

Before it was a capital city contender, Havre de Grace was called Harmer’s Town. But when a visiting Marquis de Lafayette mentioned that the town reminded him of a charming French seaport called Le Havre-de-Grace, residents honored the Revolutionary War hero by incorporating under that name in 1785. (No need to channel your high school French when in town. Locals pronounce it HAV-er-dee-grace.)

While the quiet charm Lafayette admired is still on display, Havre de Grace also feels very much like the busy crossroads that garnered the Founding Fathers’ attention. During my visit on a hot day in May, cars poured down Market Street, kayaks and stand-up paddleboards strapped to their roofs. Motorboats roared through the Bay. Trains rumbled over bridges. Joggers pushed strollers along the riverside promenade, and weekend revelers spilled from seafood shacks and antique shops onto crowded sidewalks.

While there are many modes to see the sights, Havre de Grace is a pedestrian’s paradise. To get from one end of town to the other only requires a trek of about 1.5 miles, a pleasant walk punctuated by museums, murals and gorgeous vistas. To make it simple, the city has continued to improve its self-guided walking tour along the Lafayette Trail, which meanders past just about every attraction Havre de Grace has to offer. Visitors who would like a narrated experience can download the DISTRX app and learn about each of the 57 stops along the route.

One of those stops — and a good place to begin digging into the area’s history — is the Havre de Grace Maritime Museum and Environmental Center. Among the museum’s permanent exhibits, The John Smith Trail and the Susquehannocks is particularly enlightening for visitors curious to know what the Upper Bay and Lower Susquehanna looked like before European settlement.

The Susquehannock were a confederation of tribes that occupied scattered villages of longhouses on the banks of the Susquehanna River, from New York to Maryland. Historians estimate that during the 1500s, they numbered between 5,000 and 7,000. Even after Europeans arrived, the Susquehannock were able to maintain their influence in the area, becoming the only Native group to develop relationships with all four colonial settlements, trading with the English, Dutch, French and Swedish.

In 1608, English explorer John Smith traveled north from the Virginia colony of Jamestown and met with Susquehannock chiefs during one of his famous expeditions on the Bay. From the shore of Havre de Grace, visitors can still see the site of this meeting: Garrett Island, a 198-acre, 100-foot-high land mass rising from the Susquehanna’s dark green water.

Two hundred years later, a journey north was the difference between liberty and bondage for many people fleeing slavery through the network of routes and safe houses known as the Underground Railroad. Last year, the Maritime Museum opened its newest exhibit, Other Voices of Freedom, to “reveal the importance of waterways and their relationship to the quest for freedom,” according to a pamphlet I picked up at the ticket counter.

An intriguing combination of art and ethnography, the exhibit features evocative wire-mesh sculptures by African American author and artist Anyta Thomas, as well as compelling first-hand accounts of escape, including that of Fredrick Douglass. Douglass, when describing his ferry crossing of the Susquehanna at Havre de Grace, compared his pounding heart to that of a “fox or deer, with hungry hounds on his trail.” Other panels illuminate the import of local waterways, where those on their way to freedom crouched in rowboats or hid inside crates aboard barges.

During the same time, Havre de Grace became an important stop on a different kind of thoroughfare. In 1840, the Susquehanna and Tidewater Canal opened to boat traffic, facilitating the shipment of coal from the central portions of Pennsylvania to population centers like Philadelphia and Baltimore. Visitors can learn more about the 45-mile canal and the impact it had on Havre de Grace at the impressively maintained Lockhouse Museum.

This spare, red brick house provided a living space to the lock tender as well as an office for the toll collector. When I visited, a docent named Tom explained that during the canal’s busiest years, Havre de Grace became a “truck stop on water,” where men from boats either caught up on sleep at local inns or cavorted in taverns and casinos. The museum features compelling exhibits and artifacts, including a to-scale model of the canal lock (water and all) and canal scrip, money that could be used on the journey. Outside, visitors can peer down into the preserved canal and take in an unbeatable view of the half-mile-wide mouth of the river as it meets the Bay. The area, known as the Susquehanna Flats, boasts some of the richest, most diverse underwater vegetation in the entire Bay system.

This unique habitat made Havre de Grace a prime base for those chasing wild game and fish. During the last century, the bounty made the city a major player in the seafood industry as well as a premiere destination for anglers and waterfowl hunters.

At the Havre de Grace Decoy Museum, exhibits and relics galore tell the story of one of the nation’s most singular hunting traditions: waterfowl decoys. Inside the still, reverent air of the museum, I could almost feel the concentration it takes to carve and paint the incredibly lifelike wooden birds, some so detailed they look like taxidermy.

Museum board member Jim Carroll, who gave me a tour of the space, calls decoy making “a uniquely American, pure artform.” Indeed, many decoys on display were never meant for water-based chicanery, created instead to adorn mantels and bookshelves; visitors would be forgiven for mistaking the Decoy Museum for an art gallery. The museum also depicts the environmental movement of recent decades, which responded to the alarming decline of waterfowl, and the increasing tension between those who made their living on the water and those who sought to protect it.

In between these many attractions, I wandered through the grounds of the Concord Point Lighthouse — Maryland’s second oldest — and the city’s new living shoreline project, a three-acre, formerly industrial lot that has been restored with native plants and a natural stormwater filtration system.

There, I marveled at the water’s latest gift to Havre de Grace — the flocks of boaters, sunbathers and seafood enthusiasts who spend their weekend in a place where tourism revenue brings in $1 million a day.

Ashley Stimpson is a freelance writer based in Maryland.