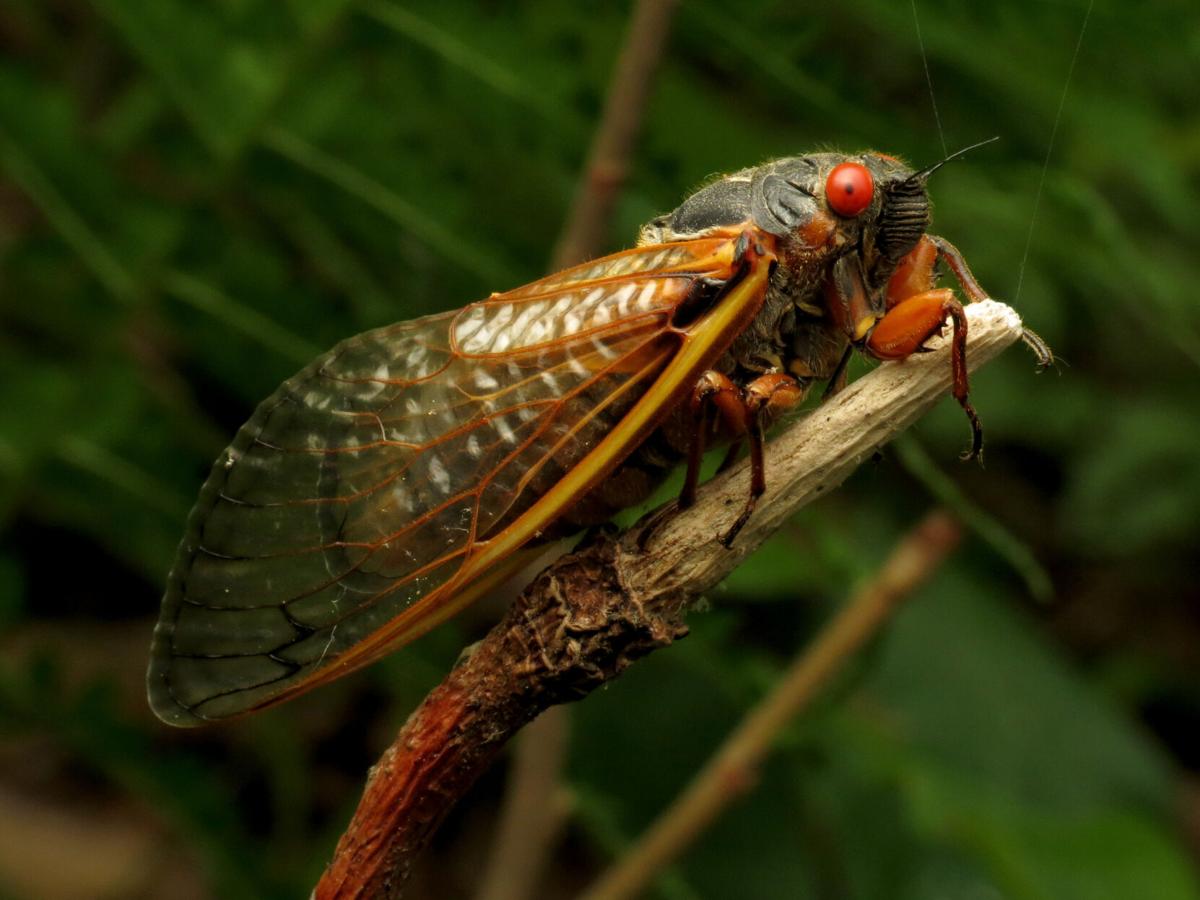 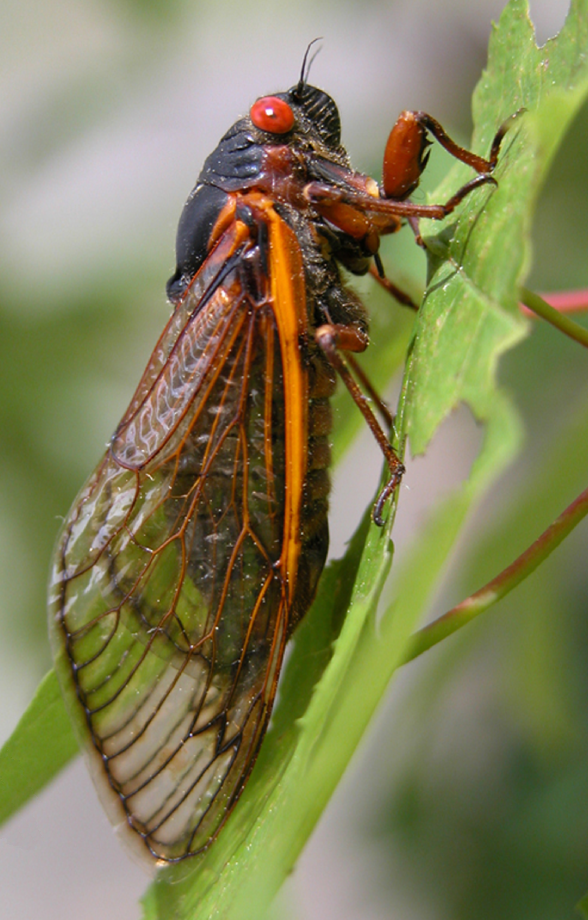 This female Magicicada septendecim, is one of the three cicada species that make up Brood X, which emerges every 17 years in the eastern United States.

The swarm of cicadas will crawl out of the ground some time during the latter half of May, create an ear-piercing din, mate like crazy and, after about two months of frenetic activity, disappear once again.

“It’s quite an impressive display,” said Elizabeth Rowen, a West Virginia University entomologist. “You have millions of insects emerging for two months, and they are loud and big.”

But not harmful. The winged insects don’t bite, aren’t poisonous and pose only a minor threat to plant life. Headaches, though, are another matter. The droning of male cicadas, used to attract amorous females, can make quite a racket, especially when the locust-like bugs are congregated in multitudes of up to 1 million per acre.

How loud can it get? Under some cicada-filled trees, the noise can peak above 90 decibels, the equivalent of a running lawn mower, experts say.

Brood X (as in the Roman numeral for 10) is one of the largest swarms of cicadas in the world. Within the Chesapeake Bay watershed, they are expected to crop up in parts of Maryland (except the Eastern Shore), northern Delaware, southern Pennsylvania, northern Virginia and the Eastern Panhandle of West Virginia.

This year’s swarm represents the progeny of the brood’s last emergence in 2004. After hatching, the young nymphs burrowed underground. There, they have spent the past 17 years munching on the sap of tree roots.

Every brood has outliers — individuals that don’t hatch at the appointed time. Some of Brood X’s members already emerged the spring of 2020 or 2019, Rowen said. Something about their local environments probably tricked them into kicking into gear early. Many also came out in 2017 during the Brood VI emergence. Still others may emerge late, not leaving their subterranean lairs for another year or two.

When soil temperatures reach 64 degrees, it will be the cue for most of Brood X’s cicadas to emerge. Their abundance in any given spot can vary widely, experts say — just small crowds of them in some places, but blanketing the ground in others.

The most hard-hit areas will be those among or near trees, Rowen said. Cicadas eat little while above ground, but they use the trees for reproducing and laying eggs. Females create tiny slits in a tree’s bark when they deposit their eggs. This can sometimes damage young trees, but more-mature specimens tend to quickly replace any lost twigs or branches.

Periodical cicadas like those in Brood X — which can be one of three species of the genus Magicicada — look a bit different from their brethren that pop up every summer. They are smaller and have significantly more red-orange coloring than annual cicadas.

Scientists aren’t exactly sure why some cicadas have evolved to breed and die every 17 years. But the leading theory is that the overwhelming numbers ensure they won’t be wiped out by birds and other predators.

“Some will survive, even if a lot of them get eaten,” Rowen said.

After 4–6 weeks, the cicadas will dwindle and be seen no more. At least not until 2038.