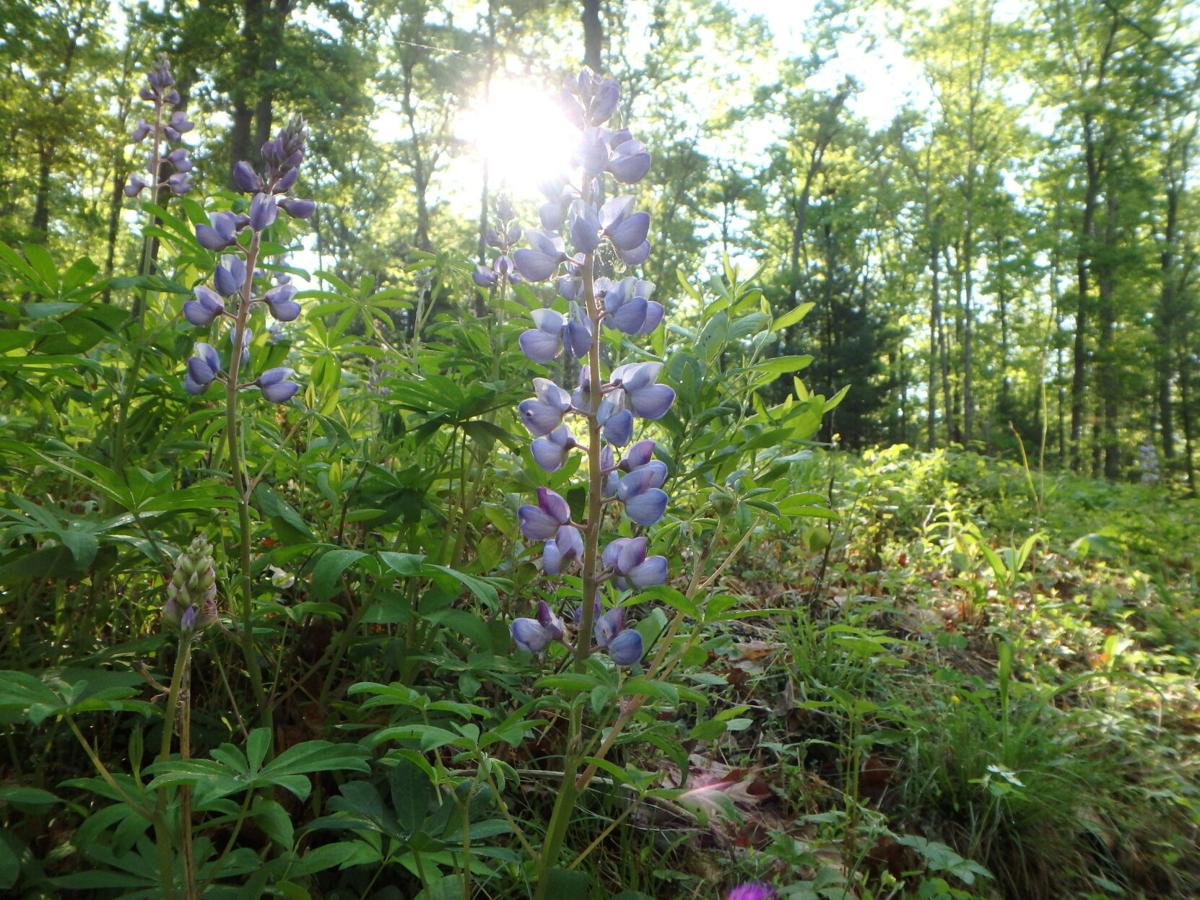 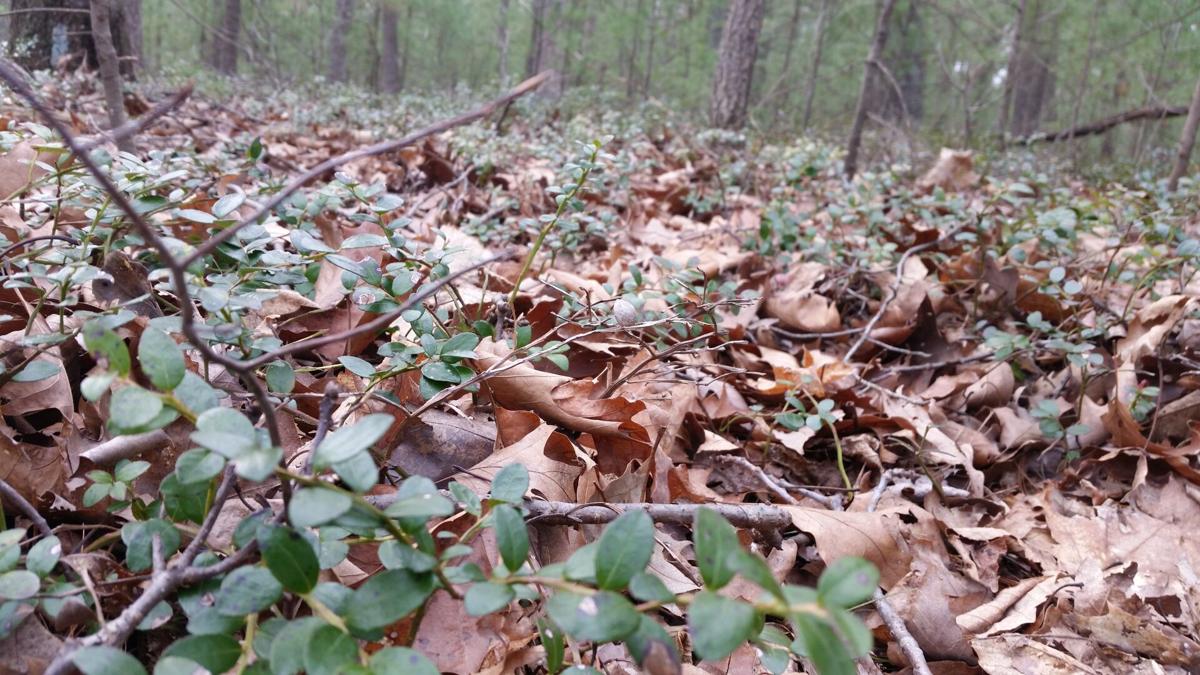 These runners of box huckleberry plant on the floor of a Pennsylvania forest are attached to a base plant estimated to be 1,300 years old. (Jaci Braund/PA Natural Heritage Program) 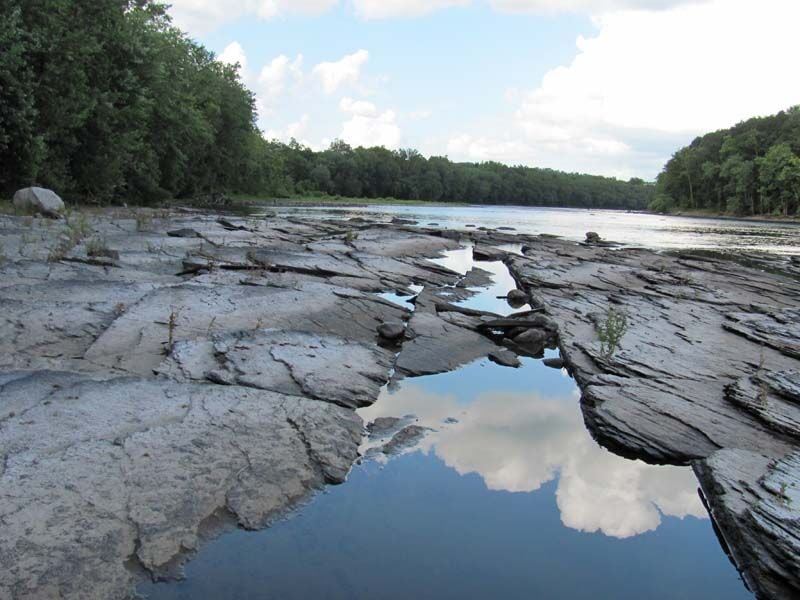 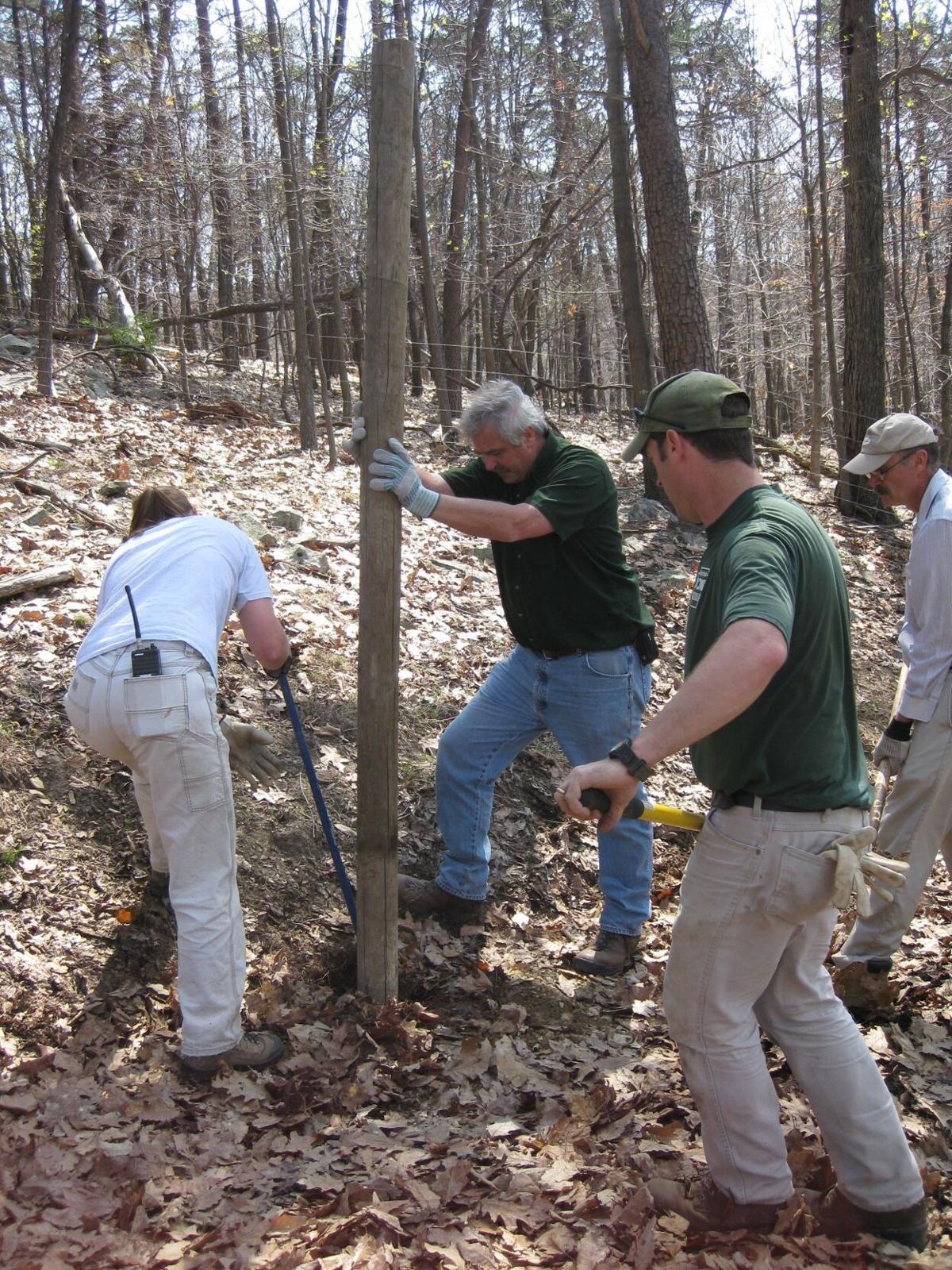 Crews erect a fence to keep deer from eating mountain pimpernel at a native wild plant sanctuary in Pennsylvania. (PA Department of Conservation and Natural Resources) 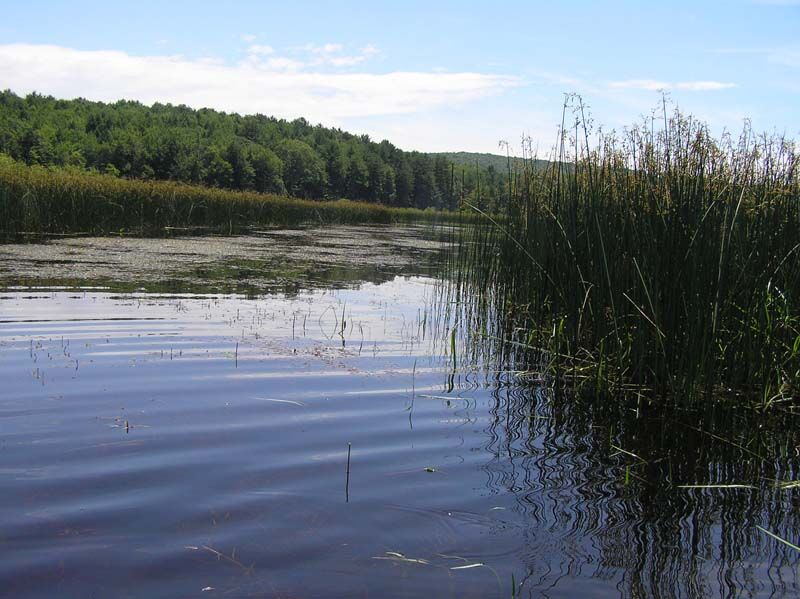 A stand of northeastern bulrush in Pennsylvania. It is a federally endangered wetland species. (PA Natural Heritage Program)

To protect and provide ideal growing conditions for the remainder of Pennsylvania’s native plant species, the state Department of Conservation and Natural Resources has established 35 wild plant sanctuaries.

To guard against poaching, the agency isn’t revealing the locations, except to say they are all in state forests, in patches ranging from five to 700 acres. The preserves contain many of the state’s rarest and most threatened plants.

The DCNR means business. Approximately 30 more sanctuaries will come under state protection by early next year. The agency also worked with landowners to create nearly two dozen preserves on private property where vulnerable plants have been found. And it is helping the Pennsylvania Game Commission to take similar measures on 1.5 million acres of state game lands.

These moves seek to ensure that native plants are protected and managed for their importance to wildlife, pollinators, insects and biodiversity in general — as well as for their sheer beauty and to protect what some people say is their right to be a part of the natural world.

“Designation of sanctuaries assists DCNR in carrying out its mission to conserve native wild plants and ensures the protection of some of the most botanically diverse sites in the commonwealth,” said DCNR Secretary Cindy Adams Dunn.

When the Pennsylvania Division of Forestry was formed in 1895, the mission was centered on woods and trees. But now plants of all kinds, from wildflowers to meadow grasses to centuries-old trees, are getting their due.

Of the 2,100 species of native plants found in Pennsylvania, about 350 are now considered rare, threatened or endangered. Some species, such as the three-seeded mercury, blue-ridge false foxglove and pink tickseed, have not been found in the state in many years, leading some to believe they are extirpated.

The DCNR is required to search for and monitor native wild plants. It enlists botanists, academics and volunteers to help with monitoring and research projects.

Why make such an effort to protect Pennsylvania’s native plants? “Nothing exists in nature in a vacuum,” said Rebecca Bowen, chief of the DCNR’s conservation science and ecological resources division. “The birds and animals and trees all work depending on each other.”

Also, after passage of the state’s Wild Resource Conservation Act in 1982, the state Department of Environmental Protection — DCNR’s parent agency — has been tasked with finding and protecting threatened plants in the state, as well as augmenting populations of wild plants.

Legislators who passed the act noted that plants need to be protected “for the benefit of all,” even if they aren’t a resource that is eaten or harvested for other purposes.

Bowen said that the creation of plant sanctuaries shows the DCNR is “taking that charge seriously.” Although, she noted, the agency has been managing many sites as plant sanctuaries as far back as the 1980s and it is only now declaring them as such.

The exact nature of protection varies according to the plants’ needs and vulnerabilities. Plants such as glade spurge, white monkshood and mountain pimpernel have wire cages placed over them to keep deer from munching them to oblivion. In some cases, timbering activities and trails are banned to minimize disturbances.

Trees might be removed to bring needed sunlight to a particular species, and some areas are mowed regularly to keep competing vegetation in check. Controlled burns are prescribed for plant communities that have evolved to need occasional fire.

Invasive, non-native plants are a constant and growing threat. They can out-compete native species, alter habitats and disrupt the life cycles of native insects that depend on or support plant communities. Endangered northeastern bulrush, a type of sedge grass, is one such vulnerable species, and the state has deployed crews to clear detrimental invasive plants in and around the vernal ponds where bulrush grows.

The 1982 conservation act also called on the agency to encourage private sanctuaries wherever a rare plant or threatened plant might benefit from it — and the state makes professional help available to participants.

The call-to-arms, said Bowen, aims to stop more of the wild things that spring from the ground from disappearing, even species that most people will never see. “It’s been shown to be important to people that there are wild things and wild places out there, whether they are seen or not,” she said. “It makes people feel good that we’re protecting these species that might otherwise go extinct.”

If you have property in Pennsylvania that might be eligible for wild plant sanctuary designation, you can find an application at dcnr.pa.gov. Click on the Conservation tab, and then choose Wild Plants. From there, select Wild Plant Sanctuaries, where you’ll find an application.