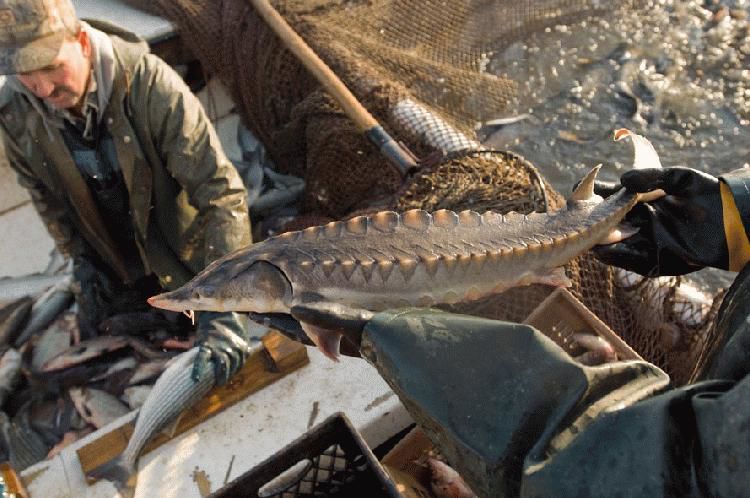 Atlantic sturgeon, the largest fish native to the Chesapeake Bay, were abundant when English settlers first arrived in the 1600s. Once commercially fished, they're now classified as endangered. 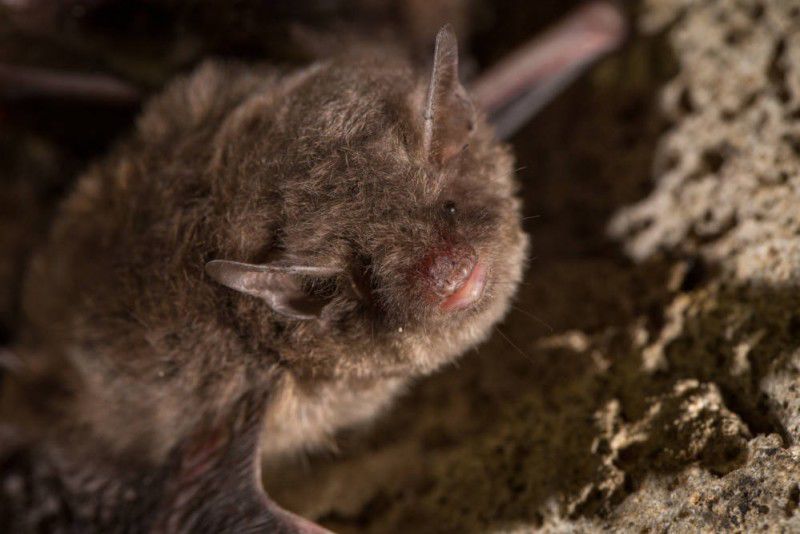 Indiana bats, found over most of the eastern half of the United States, have declined because of human disturbance of their habitat, including caves where they hibernate. Their population has declined by half since their original listing as endangered in the 1960s. (Ryan Hagerty/US Fish & Wildlife Service)

The changes allow regulators for the first time to calculate potential economic effects when deciding whether an animal or plant at risk of extinction should be protected. That, critics say, appears to contradict a longstanding mandate from Congress, which declares that “economic considerations have no relevance” in such deliberations.

The new rules also strip automatic top-level protection for species newly listed as threatened and constrain consideration of climate change, a factor widely expected to push many plants and animals toward extinction.

Trump administration officials said the changes, made jointly by the U.S. Fish & Wildlife Service and the National Marine Fisheries Service, encourage greater efficiency while ensuring that the country’s rarest plants and animals continue to be protected.

“The revisions finalized with this rulemaking fit squarely within the president’s mandate of easing the regulatory burden on the American public, without sacrificing our species’ protection and recovery goals,” Commerce Secretary Wilbur Ross said.

The Endangered Species Act, first signed into law in 1973, is the nation’s top means for shielding declining species from actions that imperil their survival.

The raft of changes could make a big splash in the 64,000-square-mile Chesapeake Bay watershed, which is home to 113 animals and 46 plants protected by the federal law, according to the Chesapeake Bay Foundation. They include the Atlantic sturgeon, the Shenandoah salamander, the Virginia big-eared bat and a fish called the Maryland darter that hasn’t been seen in so long it’s likely extinct.

The law, which requires efforts to recover as well as protect at-risk species, has helped several in the Bay region bounce back from the brink, including the bald eagle and the Delmarva fox squirrel. It also has stymied development in some cases; recently, a federal court overturned a permit for the Atlantic Coast Pipeline in West Virginia and Virginia, in part, because of endangered species concerns.

“We are at a critical time in our history,” said Lisa Feldt, the Bay Foundation's vice president of environmental protection and restoration. “The federal government’s priority should be on fixing and preserving the natural environment, not weakening the protections that are in place.”

In the wake of Monday’s announcement, many environmental groups immediately vowed to fight the changes in court, including Earthjustice and the Center for Biological Diversity.

Administration officials downplayed the significance of the economic changes. Nothing precludes agencies from compiling information about the cost of saving a species, officials argued, as long as that information doesn’t sway the final decision.

The administration’s climate change rewrite is likely to upend species conservation practices, critics contend. The new language gives officials broader leeway in determining whether a species will become endangered “in the foreseeable future.” Activists worry that the scientific uncertainty over the timing of certain climate change impacts could enable officials to disregard it as a factor.

“Many parts of the Endangered Species Act could be helpful in taking a more forward-looking perspective on climate impacts to wildlife, but that seems like an impossibility from this president,” said Rebecca Riley, an attorney with the Natural Resources Defense Council.

The endangered species rollback comes on the heels of another move by the Trump administration to severely limits states' power to protect their rivers, streams and the Chesapeake Bay from oil and gas pipelines and other energy projects.

The EPA said the proposed rule, a response to President Trump’s April executive order calling for faster permitting of coal, oil and gas projects, “seeks to increase the transparency and efficiency” of the state reviews and increase their “timeliness.” But environmental groups and Democratic lawmakers say it would illegally limit states’ ability to protect their waters.

Chesapeake Bay region states have on occasion used their Clean Water Act authority to block or put conditions on projects. New York state, for instance, has denied approval for two natural gas pipelines. Maryland also has invoked the law to place stringent sediment and nutrient reduction requirements on a new hydroelectric generating permit for Conowingo Dam. Both states’ actions are being challenged in courts by energy companies.

Senior staff writer Timothy B. Wheeler contributed to this story.