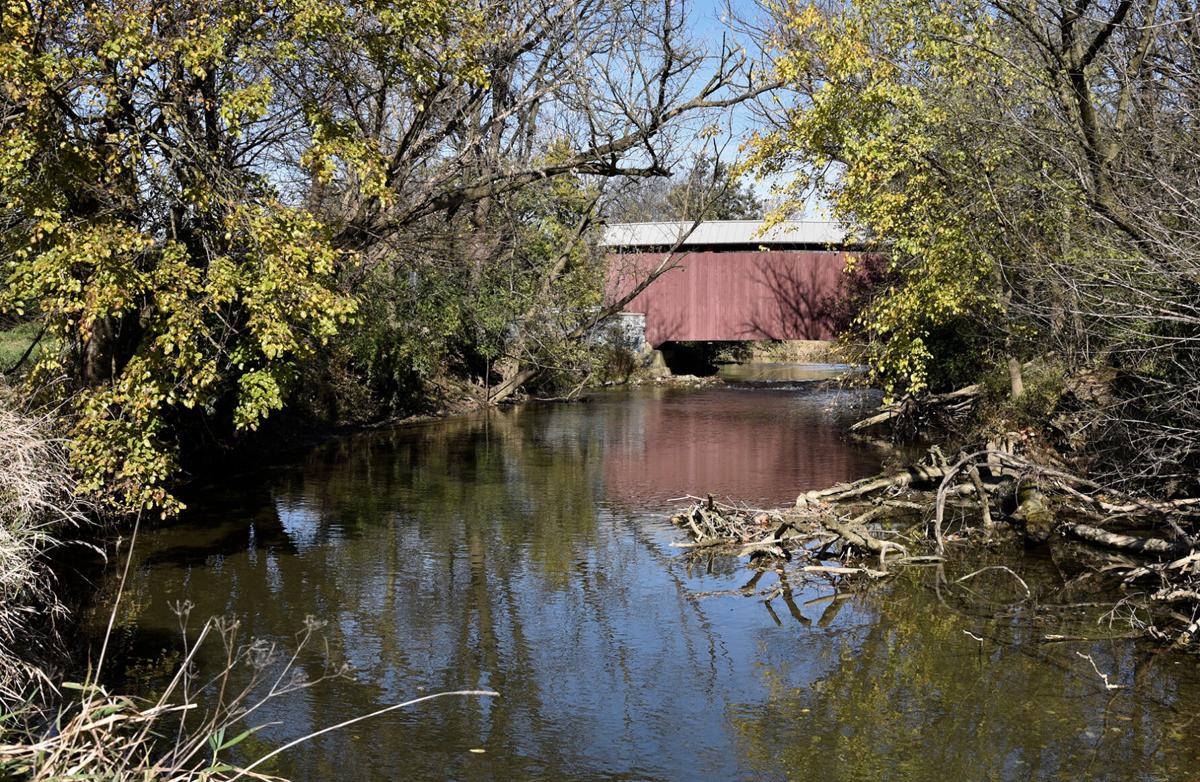 An 1873 covered bridge spans Little Conestoga Creek in Lancaster County, PA, just a short distance from a large shopping center. Some sections of the creek are bucolic, but much of its length flows through suburbs and a commercial district, causing problems from polluted stormwater runoff. 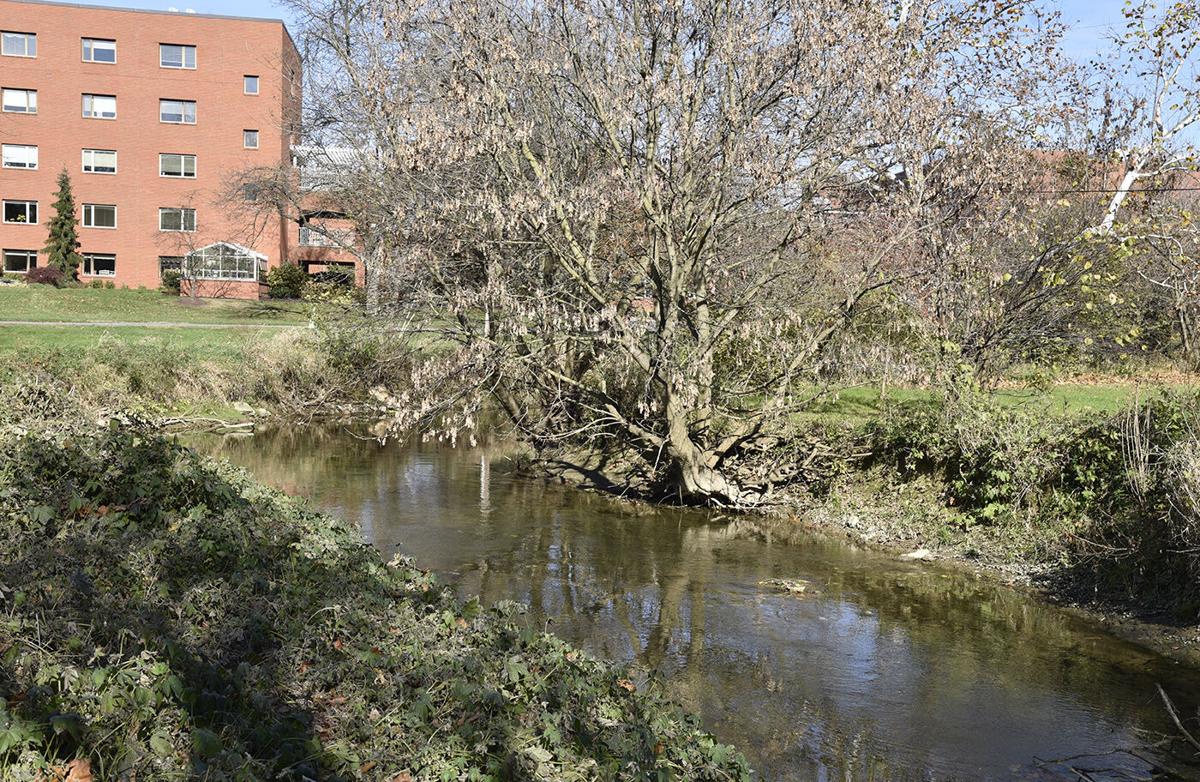 A paved public trail would follow Pennsylvania's Little Conestoga Creek through several senior living complexes such as this, as well as neighborhoods and apartment complexes, giving residents more access to workplaces, health care and shopping centers. 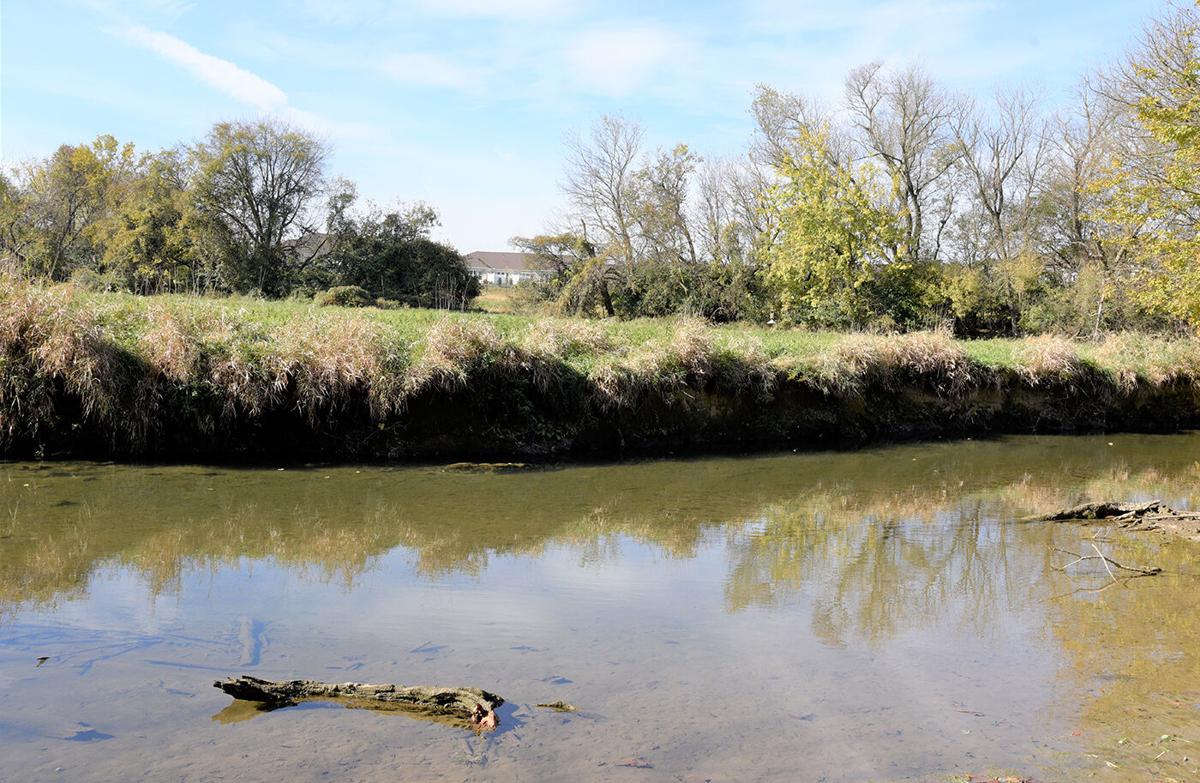 Colonial-era mill dams caused sediment to build up along Little Conestoga Creek in Pennsylvania. The dams have since been removed but the legacy sediment is now being washed away by stormwater flow and freeze-thaw cycles, creating steep banks as the stream searches for its original course.

What are the chances of getting 30 different landowners to participate in a 2.5-mile stream restoration project in suburban Lancaster, PA?

And allow the creation of 27 acres of new wetlands on their properties?

And consent to a public streamside trail of nearly 3 miles through their land to boot?

It appears to be happening in Lancaster County, where water quality improvements will play a critical role in the state’s ability to meet its share of the 2025 Chesapeake Bay cleanup goals

The $14 million public-private project aimed at restoring Little Conestoga Creek is still nailing down funding but has secured interest from local, state and federal sources. One promising funding source is a newly revised state program that lets entities that are encroaching on small portions of wetlands pay to create wetlands elsewhere. Also, the state is looking at streamlining the permitting process by consolidating all of the needed permits into one.

If the project moves forward as planned, its backers say it will be the largest-ever stream restoration in Lancaster County and serve as a visible template for how large-scale, holistic stream cleaning with regional partners can be accomplished in other locations. They say it will not only improve water quality, reduce flooding and add wildlife habitat, but provide a paved, multi-use recreational trail that may also bring economic benefits as it connects about 200,000 people to their workplaces, health services and shopping centers.

“The opportunity to enhance the quality of life and in some cases create economic activity that’s around our streams, and the enjoyment of those streams, is really a combination that I think exists at a lot of other locations in our county,” said John Cox, chair of the board of Turkey Hill Dairy and a member of the project team.

Also, the project could help four townships meet pollution reduction requirements in their federal stormwater runoff permits. And it will be much cheaper than if they were doing it alone.

Once stream improvements are made, backers say sedimentation will be reduced by 202 tons a year. The nutrient phosphorus would decline by 611 pounds a year and nitrogen by 674 pounds a year.

“This opportunity is a once-in-a-lifetime chance to provide a vital, contiguous and replicable resource that solves some of the most pressing issues facing our community, environment and water quality today,” said the feasibility study for the Little Conestoga Blue/Green Corridor.

The project also would be one of the largest efforts in the state to remove legacy sediment, which built up behind mill dams in the 1700s and 1800s, smothering the original streambed under 3–5 feet of highly erodible, nutrient-laden soil. That backwater soil is now being carved through by the stream, like a hot knife through butter, and calving away in clumps during freeze-thaw cycles. At one place, the silt backup causes the stream to flow backward during high water.

Approximately 143,000 cubic yards of legacy sediment will be scooped away to restore the stream to its original bed and floodplain. Removing the sediment would allow 27.5 acres of wetlands to be restored to store floodwaters and filter runoff pollutants.

The stream will be returned to its original course in places where it was moved to make way for residential development, business and agriculture, which worsened flooding.

Little Conestoga Creek, like about half of the steams in Lancaster County, is listed as impaired by the state. Its silt and nutrient pollution stems from upstream agriculture runoff and urban stormwater runoff along the majority of the project’s course.

The stream flows past the county’s only shopping mall, many businesses and residential homes whose lawns are mown to the stream edge. Large swaths of the banks are bare of vegetation, and others are full of invasive, nonnative plants. A fair amount of old tires line its bottom.

Sedimentation from floods and the ever-eroding legacy sediment has plugged one of two channels under the county’s largest highway and pinched flow under a partially filled-in 100-year-old railroad trestle.

The momentum for the project is largely the result of The Steinman Foundation, a Lancaster-based family foundation dedicated to improving the quality of life in the county. The foundation has contributed nearly $1 million for planning, a feasibility study and design and engineering work.

The foundation got involved when it looked at the “high, muddy banks” around one of its properties and decided to do something about it, said foundation president Shane Zimmerman. “We zoomed out on Google Earth and saw an opportunity to link to what’s upstream. What seemed like a wild idea at first is evolving into a real exciting project and great opportunity.”

Obviously, garnering support for such a project from several dozen landowners is tricky business. But almost all are aboard, including a college, waste authority, high-density apartment and senior living complexes, and a hospital health campus.

About $2.2 million would be budgeted to buy land, rights of way and easements. The trail may cross the creek via pedestrian bridges in several places to avoid residential properties.

The Little Conestoga Watershed Alliance, a grassroots group that has been improving the creek little by little for 20 years, is giddy at the prospect for such an impactful restoration project.

“We see water sheeting off parking lots and roof areas,” said Kate Austin, head of the group. Close-cropped backyards don’t help either, she said. “A lot of folks imagine a grass lawn and think there is vegetation there so it must be good. But they don’t absorb much water at all.”

While the proposed project has many potential benefits, there remains concern about the sediment and nutrients that will still be flushed into the creek from upstream. As a safeguard, a zone will be established at the upstream end of the project to trap silt coming downstream that will be periodically removed.

“These projects are not going to individually solve all the problems in a watershed,” said Kelly Gutshall of LandStudies, an ecological design company in Lititz, PA. She cites the nearby Lititz Creek watershed, where piecemeal restoration projects have been going on since the 1990s. Now, 85% of the watershed has been restored and Lititz Creek sustains wild trout.

“You start somewhere and build on it,” she said.