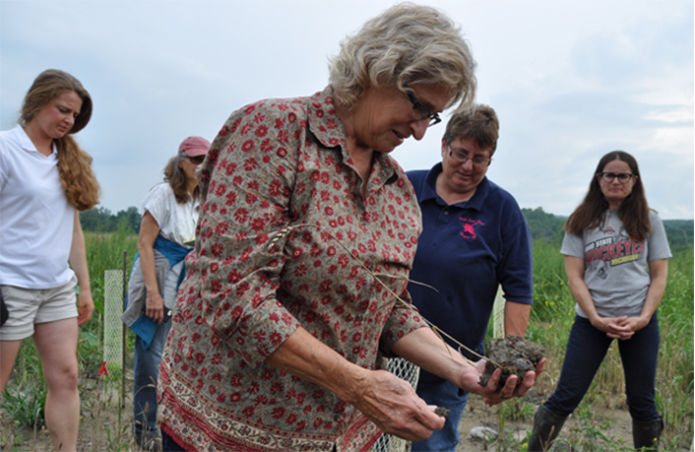 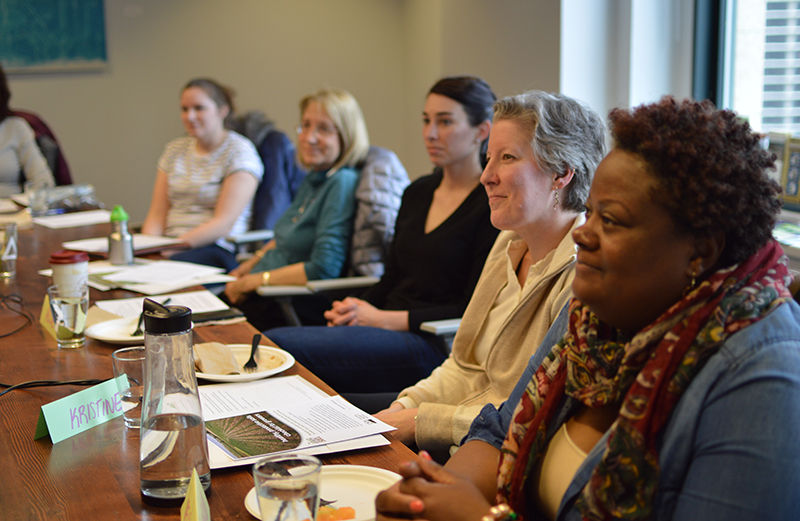 One of the biggest changes to the face of agriculture and forestry these days in Chesapeake Bay states is women. That new demographic is leading some environmental groups and government agencies to launch new strategies for engaging female decision makers in projects that help water quality.

The unprecedented numbers tell part of the tale. Approximately 59% of farmland in Maryland is now owned or co-owned by women, or a woman makes decisions on the farm. Women hold those roles on 54% of farmland in Virginia; 55% in Pennsylvania, 53% in West Virginia and 60% in New York, according to the federal 2017 Census of Agriculture.

During the 5-year survey period, the number of male farmers declined by 1.7% nationwide while female ag producers leaped by 27%.

According to the American Farmland Trust, the trend toward more female management of farms is likely to increase. Over the next 20 years, about 70% of the nation’s farmland is expected to change hands, and women will take the reins at an even greater rate, the trust says.

Many farms in Bay states have at least some woodland, and more women are becoming decision makers of that land, too. The percent of women who own or manage woodlots doubled across the United States between 2006 and 2013, according to a survey by the U.S. Forest Service.

In some cases, wives, who generally live longer than their husbands, inherit farms and woods. Daughters are taking more of an active interest when they inherit a family farm with siblings. They are becoming more active entrepreneurs in making a living off the land and some, who have long toiled on family farms, are insisting on a bigger voice.

“Women have always been in a supportive role in agriculture but they always have been in the background,” said Lisa Graybeal, who owns and manages a 1,400-cow dairy operation with her father and brother in Lancaster County, PA. “The men are out front and visible on tractors but women are doing a lot of bookwork and hidden jobs. My grandmother worked her ass off.

“More and more women are coming back to work on the farm but are insisting on a more active role.”

Conservation, farmland preservation and environmental groups are encouraged by studies and surveys that find women are generally more conservation– and stewardship-minded and accepting of practices that improve and sustain the health of the land they will pass on to another generation. So they are launching women-only outreach programs.

For a broader adoption of conservation practices on the farm to take hold, “we need women in the game,” said Gabrielle Roesch-McNally, executive director of American Farmland Trust’s Women for the Land initiative.

More women may be owners and decision makers of farmland, but they also encounter gender barriers in what has long been a man’s world. And they are sometimes hamstrung by self-perceptions that they don’t know enough about farming or managing a forest to ask for a seat at the table.

Based on a model that started in the Midwest by the Women, Food and Agriculture Network, learning circles are groups of 12–20 women usually new to farming or forestry or who own or rent their land. They find solidarity in shared experiences, take a field trip to see a woman-owned farm, share knowledge, and are introduced to local and state agricultural agencies that can provide technical and financial help.

The formula has worked remarkably well. A study of learning circles in Illinois and Indiana found that 72% of the women who attended made conservation changes on their farms. Soil health and winter cover crops are big topics in Bay learning circles.

“[Women] just can’t believe that there are women in the same boat as they are,” said Margot Mays, the trust’s mid-Atlantic conservation and stewardship manager, who has led learning circles. Often, groups of women continue to meet, and the trust has a goal of creating a national network of women landowners.

That was certainly the case for Marli Hickins, who was thrust into managing a 200-acre farm in the Shenandoah Valley of Virginia after moving to her husband’s family farm and then losing her spouse in a plane crash.

Though she grew up on a college campus in Texas with no farming experience, over time she introduced sheep for their meat, goats for their milk, ducks for eggs and rabbits for meat. She began to consider herself as a shepherdess but shied away from calling herself a farmer.

“I don’t think I would have had the confidence to go to the local feed store,” she said. “I was a landowner but I felt like I was kind of playing at it. A lot of people in this area do really serious farming, and I didn’t have the credentials.”

That changed when she attended her first learning circle. “It’s amazing that there are so many people in my situation. When I came away, I felt like I had gained a little bit of credit,” she said.

“Being with a bunch of women allowed me to share honestly. I admitted I was there to figure it out. That was good enough for them and that was a freeing thing. It’s OK if I call myself a farmer or a shepherd because to be a farmer you don’t have to have a degree or have it in your blood.”

The U.S. Department of Agriculure Natural Resources Conservation Service reaches out to women at learning circles and now provides money for them to meet in Bay states. “Learning circles provide a great atmosphere for open communication and open the door for us to meet them and them to meet us,” said Casey Iames, a federal women’s emphasis program manager with USDA NRCS in Virginia.

The momentum of the learning circles is inspiring other efforts.

In Lancaster County, Jenna Mitchell of the nonprofit Alliance for the Chesapeake Bay was surprised a year ago when she called up an Amish farmer to try to talk him into a streamside buffer and he immediately handed the phone over to his wife. When it came time to pick out native plants at a nursery for the buffer, it was the wife and her mother who showed up.

“We learned about how really, really passionate they are about this stuff, which is great,” Mitchell said. “Out of that, my team has an opportunity to work with Amish wives, mothers and maybe even daughters.”

To further reach this conservative audience, the Alliance designed a native plant recipe book with information about plants that attract wildlife and pollinating insects and birds. They will introduce the books at newly formed garden clubs for Amish women, earmarked for the spring.

Other groups are targeting women who control woods.

“Forestry is just kind of traditionally a male industry. Girls aren’t necessarily growing up learning from their dads how to cut down a tree. Women maybe have a feeling of not feeling welcome,” said Katherine Hollins, who works for The Sustainable Family Forests Initiative at Yale University.

“A man might look at it from a business standpoint. For women, it’s conservation. A lot of them don’t know where to start,” added Barb Breshock, recently retired from the West Virginia Division of Forestry and a leader of several workshops.

Another initiative, Women and their Woods, has run retreats on forest stewardship in New York and Pennsylvania.

“A lot of the questions, when we ask what programs are wanted, go beyond the typical ‘how much value is in my woods?’ It’s more of ‘how do I enjoy my property, how do I put trails on my property?’ ” said Amanda Subjin of the Delaware Highlands Conservancy, part of a coalition of private and public partners. Topics range widely, from chainsaw safety to controlling invasive plants, forest ecology, estate planning and how to encourage migratory birds.

Often, participants share their challenges in working with the land. “One of my favorite parts is just introducing women and giving them time to show their scars from digging up barberry.”