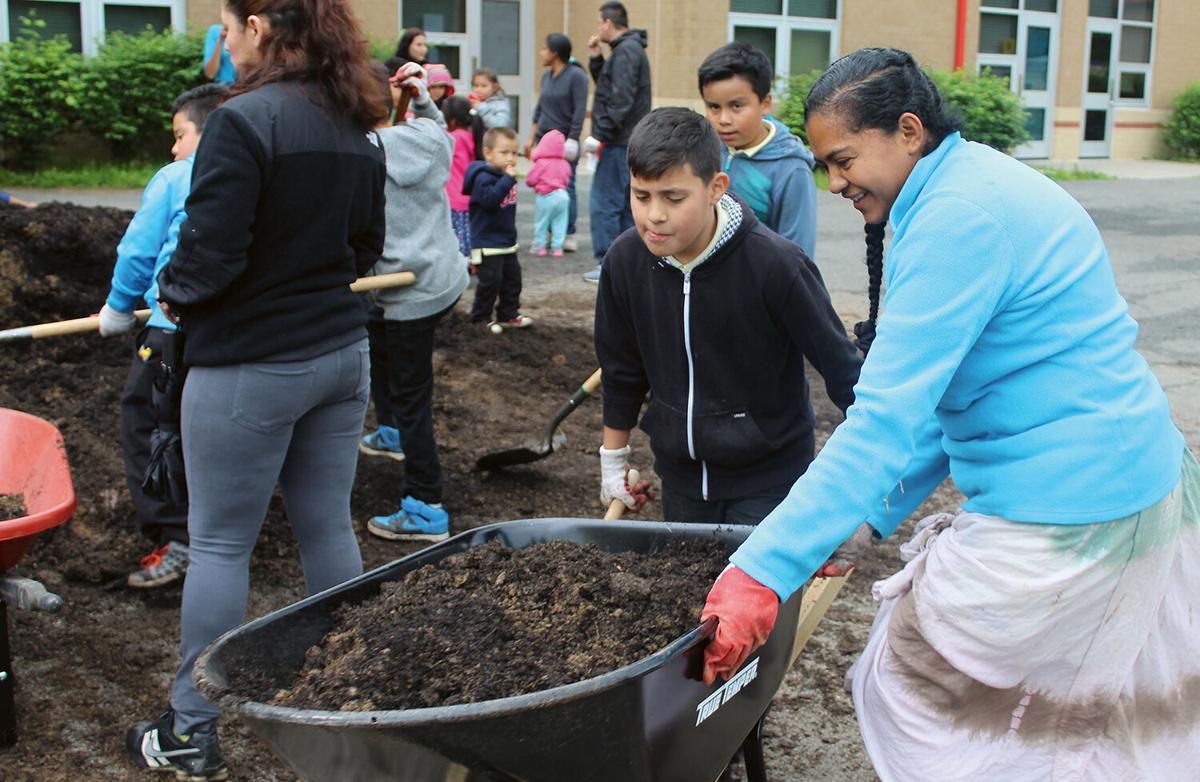 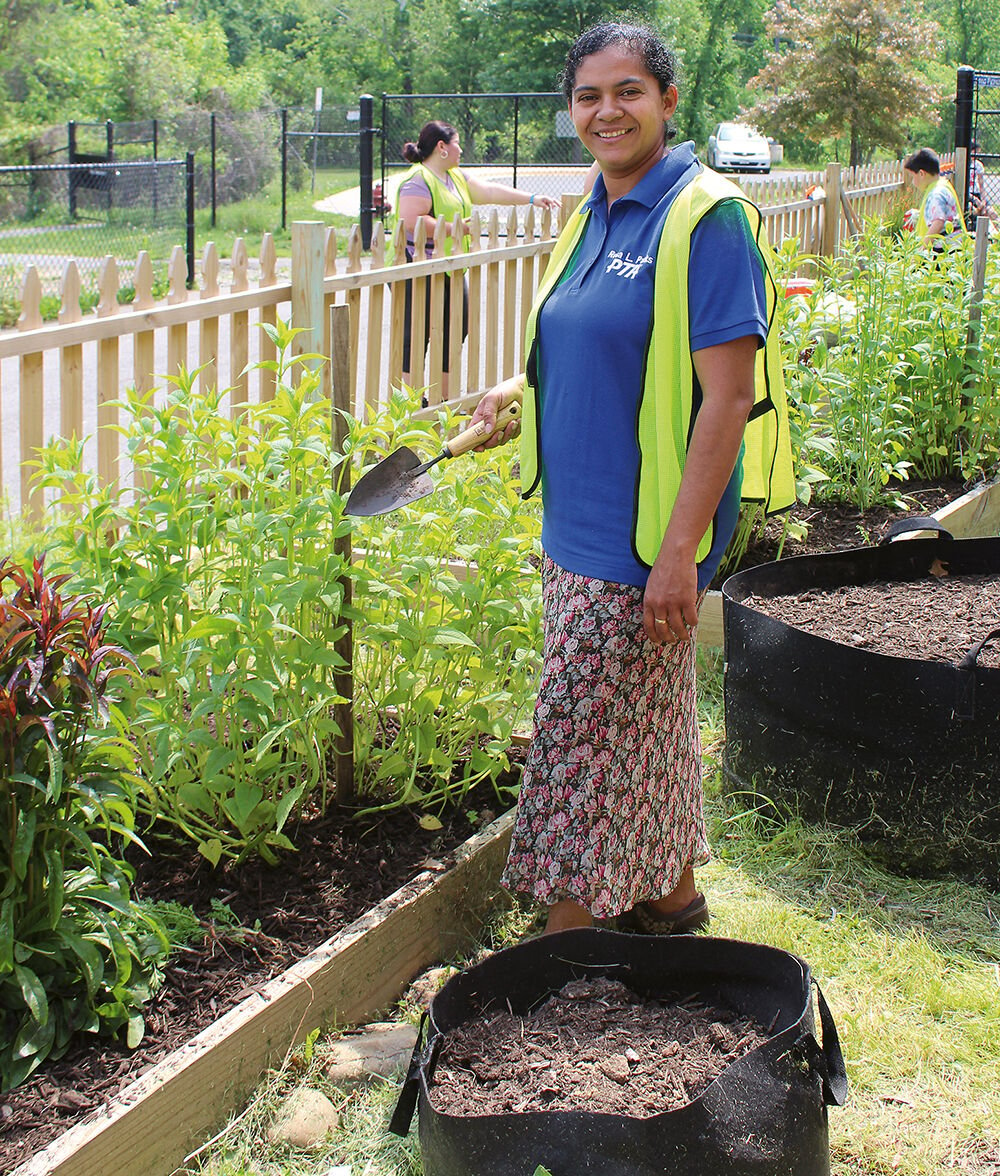 Candida Garcia had never been involved in environmental causes. But over the past four years, she has founded a community garden, grilled local officials about air quality, campaigned for statewide bans on plastic bags and straws and successfully lobbied her county to purchase electric school buses.

Garcia chalks up her transformation to a leadership program tailored to a demographic that the White-dominated environmental movement has historically overlooked: the Latinx community.

Including Garcia’s inaugural class of 2016, Chispa Maryland has produced more than 100 graduates from its Promotores program. Over the course of six to eight weekly classes, they are given the basics of environmental justice, advocacy and community organizing — with the hope of creating a generation of grassroots “promoters.”

Garcia and her fellow promotores are finding that their work has never been more difficult or urgent. During one of the most imperative moments in its short history, the program may be the prototype that shows green groups in the Chesapeake Bay region and elsewhere how to diversify their membership, said Ramon Palencia-Calvo, director of Maryland’s Chispa.

“I think there’s an understanding among environmental groups that we need to expand our reach beyond the typical audience — the White middle-class person who has disposable time and income to volunteer for an environmental cause,” he said. “We want to create a movement that represents the entire population of Maryland.”

Nearly 90% of leadership positions in environmental groups nationwide were held by White people as of 2014, according to a widely cited study. Hispanics and Latinos occupied fewer than 3% of those positions.

“In order to make real change, we needed to build power in those communities that are overburdened by pollution and are underserved,” Palencia-Calvo said.

Chispa, meaning “spark” in Spanish, was created by the Maryland League of Conservation Voters in 2014. It was the fourth state-based LCV organization to have its own Latinx-geared program after New Mexico, Colorado and Arizona. LCV affiliates in Connecticut and Nevada launched programs the following year, bringing the total to six nationwide.

Palencia-Calvo, a former fellow at the Worldwatch Institute, has been overseeing the Maryland program from its earliest days. He never worried about finding a receptive audience. Polls routinely show that Hispanics are concerned about global warming and are apt to believe it is caused by humans. They also show a strong commitment to a host of other environmental issues.

So, he and his team started knocking on doors, beginning in Langley Park in Prince George’s County. About three-quarters of the community’s nearly 20,000 residents are Hispanic. Their housing is often plagued by mold and lead-based paint. The outdoors offers little reprieve because the air is fouled by the area’s heavy traffic.

Four years later, about 30 of Chispa’s promotores reside in the densely populated nook just inside the northeastern corner of the District of Columbia’s Capital Beltway. Garcia was one of the first.

Speaking in Spanish with Palencia-Calvo acting as a translator, she said concerns about the health of her four children triggered her interest in the environment. Could one of her son’s severe asthma attacks be linked to bad air quality or her aging home? How could she find out if her drinking water was safe?

She and other Chispa participants gathered with their families in the evenings at the local community center. Childcare wasn’t a problem because Chispa had educational activities waiting for them. Everyone brought a dish to share.

Chispa staff conducted most of the training, but some sessions featured experts from other environmental groups. After 40 hours of training — the total has since been shortened to 24 hours — Garcia received her graduation certificate. She swelled with pride. “Muy feliz” (very happy) is how she describes the feeling today.

Then, Garcia got to work. With financial support from the Chesapeake Bay Trust, she organized a community garden at Rosa Parks Elementary in Hyattsville. It was designed as a “therapy space,” where families could enjoy a rare opportunity to be together, she said. They grew tomatoes, peppers and other staples, which were distributed among some of the school’s low-income families. For the science teachers, it became a living classroom.

Because of the pandemic, the garden was left fallow this year, but Garcia’s other efforts continue to bear fruit. In 2017, Chispa Maryland launched a “Clean Buses for Healthy Ninos” campaign, seeking to steer some of the state’s $75 million Volkswagen settlement money toward zero-emission, electric school buses. Garcia was on the campaign’s front lines, writing a blog post and talking to elected officials.

Last September, the Maryland Department of the Environment invested $2.5 million of that funding in an electric– and propane-bus pilot program in four counties, including Prince George’s.

The Promotores classes have been put on hold this year because of the pandemic, but Chispa leaders hope to restart the program once it’s safe for groups to gather again.

This year’s seemingly unending battle with COVID-19 has plunged Garcia and Palencia-Calvo into territory that would be unfamiliar for many green-focused groups. Garcia, a board member with the Langley Park Civic Association, partnered with Chispa to apply for a grant from LCV’s COVID-19 fund. The association was awarded $20,000, which will be disbursed to families who have suffered financially because of the pandemic. Chispa and the civic association collected an additional $15,000 through community fundraising efforts.

The community has given much to the green movement over the years. Now, it’s time to give back, Garcia said.

“Environmentalism is about the health of the families and the people that we love,” she said.