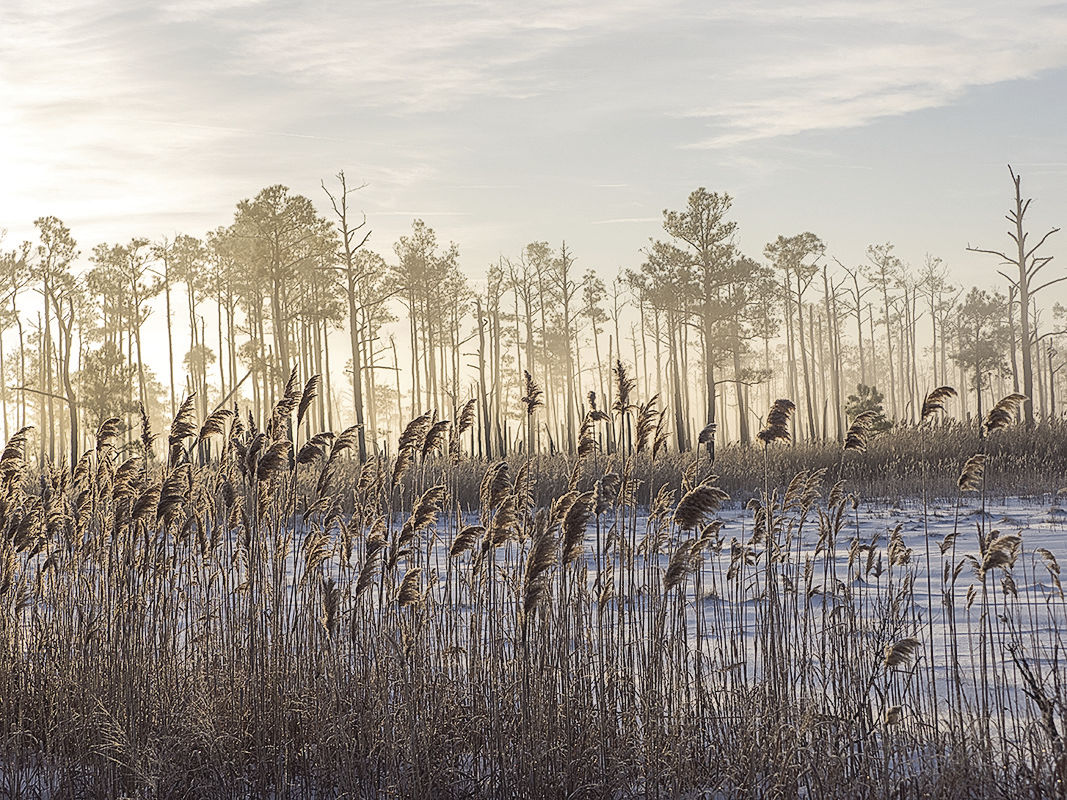 Low winter light filters through a marsh near the Chesapeake Bay. 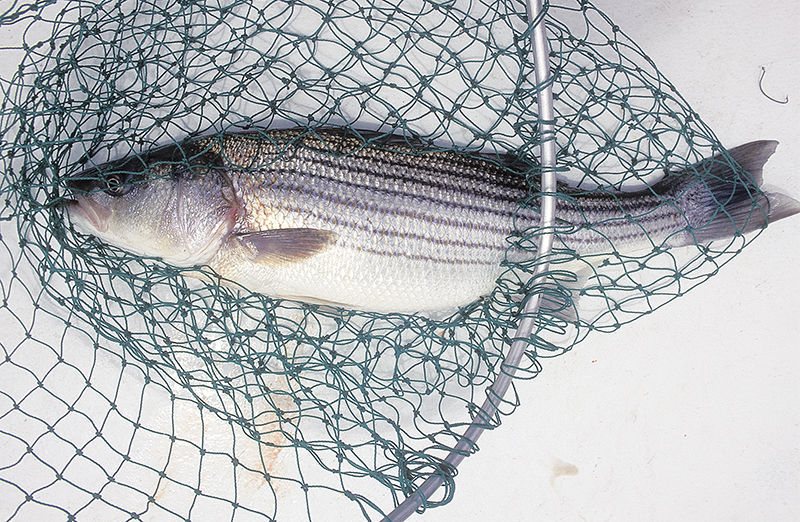 East Coast fishery managers have called for an 18% reduction in the mortality of striped bass because of a worrisome decline in their population.

The overall health of the Chesapeake Bay has stagnated the last two years, the Chesapeake Bay Foundation reported Monday, with upticks in water quality offset by a worrisome decline in striped bass, the popular finfish also known regionally as rockfish.

In its State of the Bay report for 2020, the environmental group rated the Chesapeake’s health a D+. That’s the same grade the group gave it in 2018, even though its overall score on a variety of indicators has actually slipped by a point, to 32 out of a possible 100.

Foundation President Will Baker called the continuing low grade “a sober reminder that the road ahead remains steep and the clock is ticking.”

He criticized the Trump administration, saying it had rolled back dozens of air and water regulations and undermined federal protections for wetlands and forests, which he warned would increase pollution to the Bay in coming years unless they are reversed. He called on the incoming Biden administration and watershed states to accelerate their efforts to meet the Bay’s 2025 cleanup goals.

The Annapolis-based group takes stock of the Bay every two years, assessing 13 indicators in three categories: pollution, habitat and fisheries.

The report said water quality had mostly improved, with nitrogen and phosphorus pollution down some, while water clarity and levels of fish-sustaining oxygen in the water made slight gains. Toxic pollution showed no change, though tests in the past year have found so-called “forever chemicals” in freshwater fish and oysters in Maryland.

Habitat conditions declined overall, the group said, with dips in scores for the extent of underwater grasses and streamside forest buffers, two types of vegetation that help improve water quality and provide shelter for fish and wildlife.

The foundation marked down the fisheries grade by the most it has in a decade, driven largely by a 2019 assessment of striped bass that found the coastwide population of the Chesapeake’s most important recreational and commercial finfish below sustainable levels.

The report’s scores for oysters and crabs improved, but Chris Moore, the foundation’s senior regional ecosystem scientist, called the rockfish decline “deeply concerning.” Estimates of adult female striped bass dropped about 40% from 2013 to 2017, he noted.

The Atlantic States Marine Fisheries Commission, which regulates fishing of migratory species in waters along the East Coast and in the Bay, ordered all states to cut their striped bass catch by 18% in 2020. Although both Maryland and Virginia responded by closing and shortening certain fishing seasons, Moore faulted Maryland’s approach as “piecemeal,” saying it did not do so at the times that would have been most effective at conserving rockfish in state waters.

The foundation’s president said he was optimistic that President-elect Joe Biden and his administration will be more committed to protecting water quality and human health than President Trump. He said he hopes Biden will declare the Bay restoration a national priority, as previous presidents have, and push for more federal funding to reduce pollution from farmland.

Baker and other foundation staff also said more effort is needed from all of the Bay states, particularly Pennsylvania, which is lagging badly in meeting its pollution reduction commitments.

“Basically, it all comes down to providing Pennsylvania farmers with cost-share funding to put in place the practices which keep the farmland in Pennsylvania," Baker said, "as opposed to flowing into the Susquehanna River and down into the mainstem of the Bay.”

He said Pennsylvania legislators have been “reluctant” to provide the same level of financial help to its farmers that Maryland and Virginia have. But he also faulted the U.S. Environmental Protection Agency, which he said should have been urging Congress and other federal agencies more aggressively to provide more help to Pennsylvania farmers.

The Bay Foundation and several other groups, as well as three states and the District of Columbia, sued the EPA last year for not taking stronger action against Pennsylvania and New York for submitting inadequate cleanup plans. Baker said the foundation would continue to press the litigation unless the Biden administration wants to negotiate a settlement.

“We must finish this job,” he said.