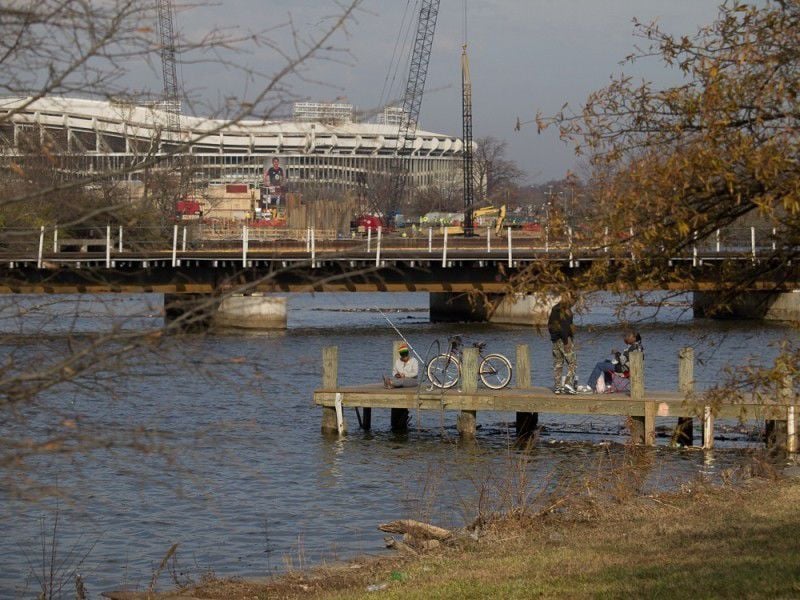 Anglers try their luck in the Anacostia River. The presence of PCBs and other toxic contaminants in the sediments make it a health risk to eat many fish from the river. 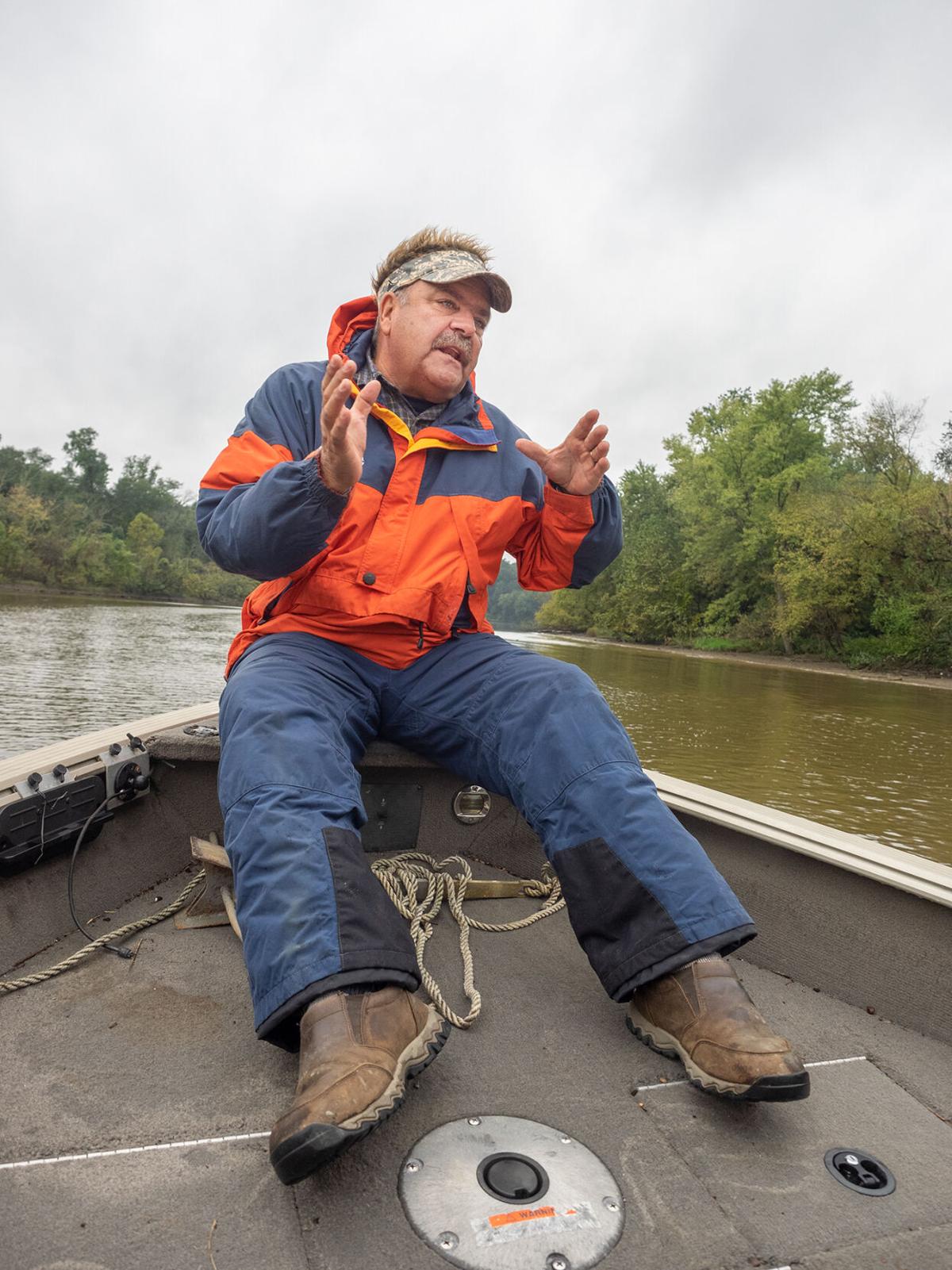 Jim Foster, president and CEO of the Anacostia Watershed Society, says there are another 14 sites on the river where toxics need to be addressed.

The Anacostia River, once dubbed the “forgotten river” because of centuries of abuse and neglect, is forgotten no longer. Its toxic-laced bottom is due for an initial cleanup expected to cost $35.5 million under a long-anticipated plan released Sept. 30 by the District of Columbia.

The District’s Department of Energy and Environment posted an “interim record of decision” on its website spelling out its intent to dredge or cap and treat contaminated river sediments in 11 “hot spots” along a 9-mile stretch of the lower Anacostia before it joins the Potomac River.

Those areas have the highest levels in the river of PCBs (polychlorinated biphenyls), long-banned chemicals once widely used as coolants or insulators in electrical equipment that are now associated with cancer and other health effects. The presence of PCBs and other toxic metals and chemicals in the sediments make it a health risk to eat many fish caught locally or to go swimming or wading.

The 507-page blueprint calls for dredging PCB-tainted sediment in some areas while capping others with clean sediment and activated carbon granules to keep the toxic chemicals from getting back into the water.

Tommy Wells, the DOEE’s director, said the plan’s release means that “District residents can look forward to a future where they can safely swim and fish in what was once a degraded urban waterway.” Officials say the remedial actions outlined in the plan are expected to yield a 90% reduction in people’s risk of exposure to PCBs from eating contaminated fish.

That may still be years away. With more time needed to issue contracts and get permits, Wells said at a meeting previewing the plan that work likely won’t begin until 2023.

District officials stress that this interim plan is likely to be revised as work proceeds. Kingman Lake, an artificial impoundment created in the 1920s, would be the first area targeted, followed by the Washington Channel, a constructed waterway paralleling the Potomac that has been the focus of waterfront redevelopment. The mainstem Anacostia is the third area in line for cleanup.

The interim decision is largely unchanged from an “early action” plan originally unveiled in December 2019. After reviewing about 850 comments received since then, officials say they have tweaked it to do more dredging in the Kingman Lake area to allow for safer water recreation around Kingman Island, a municipal park undergoing restoration.

The District is fronting the funds to launch the cleanup but is hoping to recover at least some of the remediation costs from companies and federal agencies determined to be responsible for the contamination. Three entities — Pepco, the U.S. Navy and Washington Gas — have already signed consent decrees pledging to clean up pollution left behind by facilities they once operated on the river.

Anacostia Riverkeeper Trey Sherard said he is "thrilled to greet the publication of the Interim Record of Decision, locking in the early action areas for the first big step towards cleaning up the toxic chemicals that have been choking the Anacostia River for over a century."

Jim Foster, president and CEO of the Anacostia Watershed Society, also welcomed the plan but cautioned that “this isn’t the whole enchilada.” He estimated there are another 14 contaminated areas this plan doesn’t address. He also questioned why the District doesn’t tackle the first 11 hot spots together, which he suggested would speed cleanup and reduce costs.