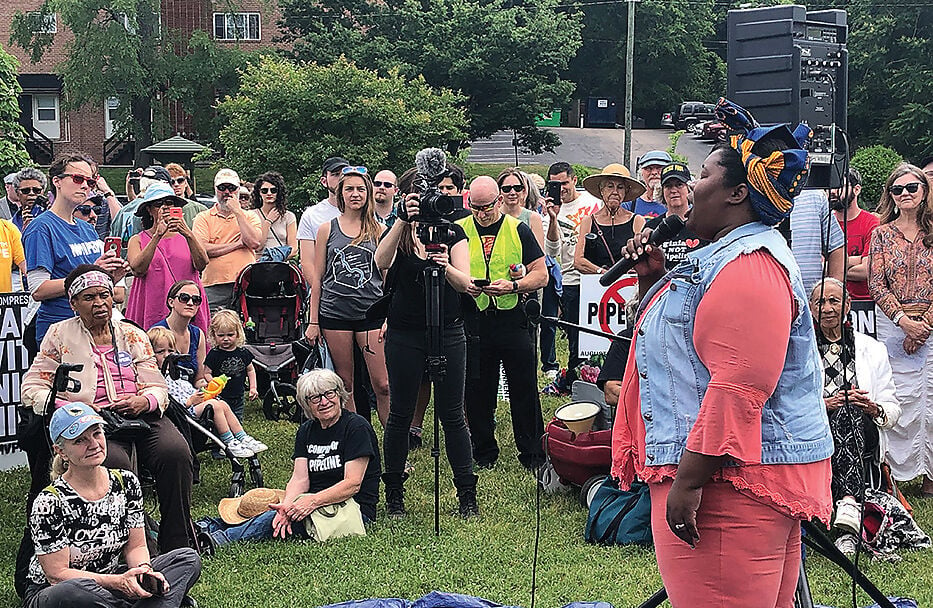 Bernadette “BJ” Brown speaks to a group on May 17, 2019, to protest a proposed natural gas compressor station in Union Hill, a historic African-American community in Buckingham County, VA, founded by freedmen and freedwomen after the Civil War. In January, a federal court rejected an air permit needed to build the station. (Nina Ernest/Southern Environmental Law Center) 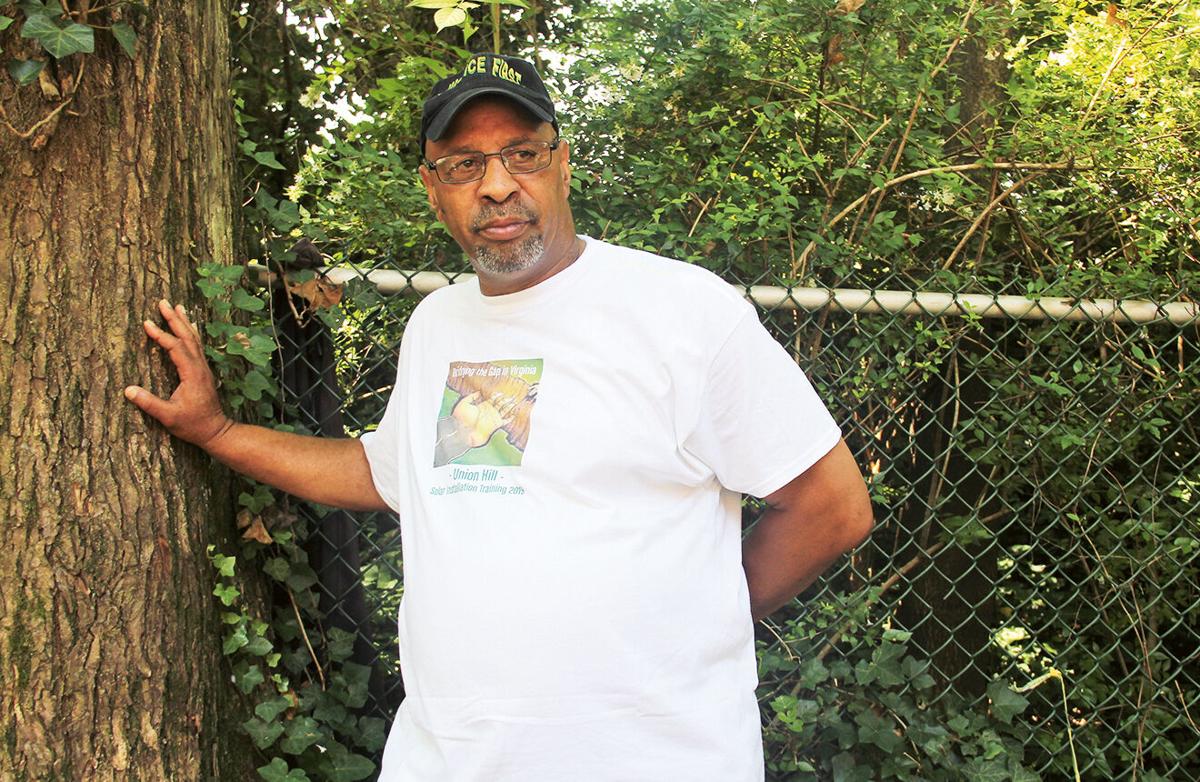 A compressor station planned as part of the now-terminated Atlantic Coast Pipeline project would have threatened Richard Walker’s ancestral homestead in Union Hill, VA. The permit process for that station was one of the events that caused Virginia’s Department of Environmental Quality to reconsider its approach to environmental justice. (Kenny Fletcher/Chesapeake Bay Foundation)

Virginia’s Department of Environmental Quality plans to fill a new environmental justice director position by early 2021 — despite budget shortfalls that will leave a few dozen other hoped-for positions unfilled for now.

DEQ Director David Paylor said the agency had to scrape together funds for the position in a fiscal year reshaped by the ongoing COVID-19 pandemic. Virginia Gov. Ralph Northam proposed at the end of 2019 nearly quadrupling the environmental agency’s funding to restore resources and staff shed over the last two decades — then 2020 happened.

“I’m hopeful we will recover some of that additional funding, but it will depend on how the economy goes and what COVID does,” Paylor said in mid-November. “But we’ve got to get started. We can’t wait indefinitely for new funding.”

Hiring a director to oversee a broader Office of Environmental Justice is the first of a suite of initiatives the DEQ plans to undertake in the coming years to improve its track record on environmental justice. Paylor stressed that the process, already under way, will take time.

In October, independent consultants hired by the state released their 47-page analysis of how the agency could better integrate environmental justice into its planning and programs. The report was the fruit of an 18-month process that wrapped up during a summer of national unrest over issues of race and inequality.

Interviews with stakeholders ranged from companies regulated by the DEQ to groups typically underrepresented in permitting processes. The consultants from Charlottesville-based Skeo Solutions and the Washington, DC-based Metropolitan Group also assessed the DEQ’s current authority under existing laws and considered similar environmental justice efforts in other states.

Some of the report’s recommendations were being taken up even as the work was being completed.

In a session that ended early this year, the Virginia General Assembly approved a statutory definition of environmental justice as “the fair treatment and meaningful involvement of all people regardless of race, color, faith, national origin or income, regarding the development, implementation or enforcement of any environmental law, regulation or policy” and began integrating that language into DEQ policy.

This month, Paylor said the DEQ will launch a more user-friendly website at

deq.virginia.gov, a process that was already well under way when the report suggested it. The agency will also begin to train staff on environmental justice issues through regular sessions.

“It’s clear that we haven’t done as good of a job as we should have done with communicating and connecting with the public, and that’s not OK,” Paylor said during a webinar on the report’s interviews this summer. “We need to learn how to listen better and how to include and connect with folks better.”

Early this year, a judge for the Fourth Circuit of the U.S. Court of Appeals put an exclamation point on that statement when he sided with a group of residents from a historically Black neighborhood in Buckingham County, VA. The citizens and environmental groups opposed a proposed natural-gas compressor station that they believed posed a risk to public health in an already economically disadvantaged minority community, suing over a state board’s approval of it.

In his Jan. 7 decision that the board did not weigh those impacts enough, the judge wrote that “environmental justice is not merely a box to be checked.”

The recent report recommends several changes to how the state agency implements environmental laws to ensure that it’s not just checking boxes. To be fully implemented, many of those initiatives would require the agency to be granted additional authority or, in some cases, clarifications by state legislators.

The report recommends, for example, that existing regulations be adapted to evaluate environmental justice benefits and impacts, an additional step already being taken in states such as California, Arkansas and North Carolina, according to the report. Other recommendations would go further, requiring enhanced monitoring and enforcement in “environmental justice communities” similar to measures that exist in California or New York.

In a written response to the report, the agency listed several measures it plans to pursue first, such as hiring an environmental justice director, many of which can be done despite limited financial resources.

Since 2001, the DEQ’s general fund appropriations have been reduced by $46 million with 74 positions lost, leaving Virginia ranked near the bottom among states for the percentage of its budget going to natural resources. The agency had intended to begin closing that gap, with plans for 12 of the 85 additional new positions focusing on communications and environmental justice. But, for now, only the additional director position is being pursued, Paylor said.

Despite financial setbacks, one of the consultants who compiled the report for the DEQ said the push for environmental justice is especially important in light of ongoing discussions in the country about race and equality.

“This year has been an especially trying one for frontline communities and communities of color as they’ve borne the brunt of the coronavirus pandemic and acts of racist violence,” said Vernice Miller-Travis, executive vice president of the Metropolitan Group, in a statement. “However, the Commonwealth of Virginia has decided that this would also be the year they would step up their efforts to address environmental justice concerns. We hope these recommendations will support efforts to ensure equal environmental protection for all.”

The Chesapeake Bay Foundation applauded the state’s efforts, saying that the hiring of an environmental justice director will add “momentum” to the DEQ’s commitments.

“For far too long, people in vulnerable communities in Virginia have disproportionately been subjected to water and air pollution, experiencing increased health problems as a result,” the foundation’s Virginia Executive Director Peggy Sanner said in a statement. “We hope that [the report] will mark a significant advancement of Virginia’s honest reckoning with past environmental injustices.”