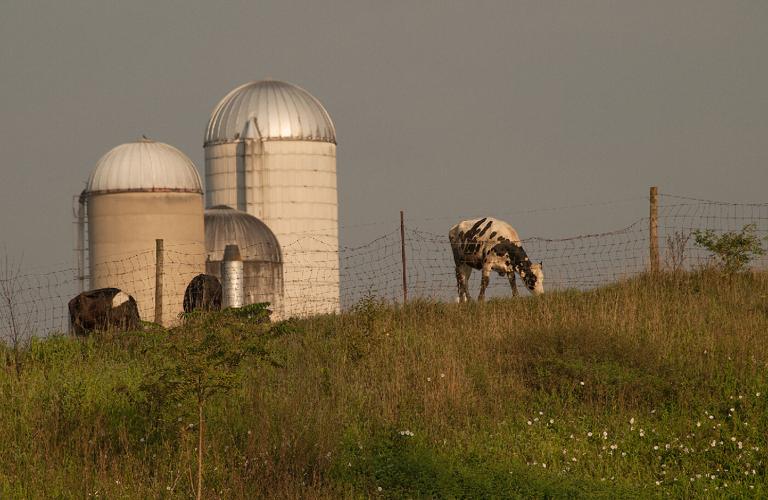 Virginia is poised to dispense an historic amount of funding in 2023 to programs that help reduce water pollution from farms, city streets and troubled sewage-treatment plants. 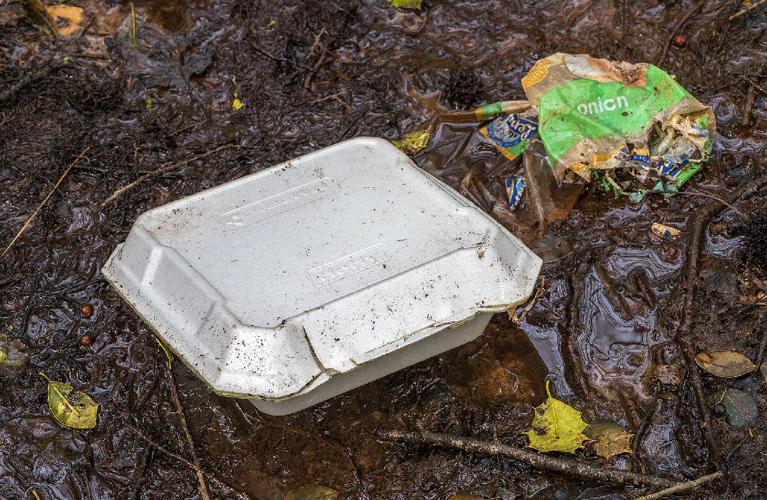 The Virginia General Assembly wants to delay the statewide ban on foam food containers for five years, putting the law into effect in 2028 instead of 2023. 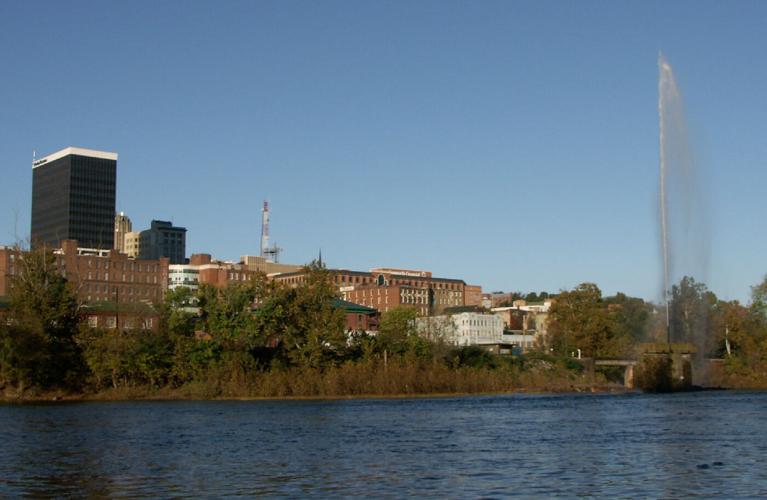 The James River flows past the town of Lynchburg, VA. State legislators have not yet agreed on the amount of funds that the next fiscal year budget should provide to help the town reduce sewage overflows. 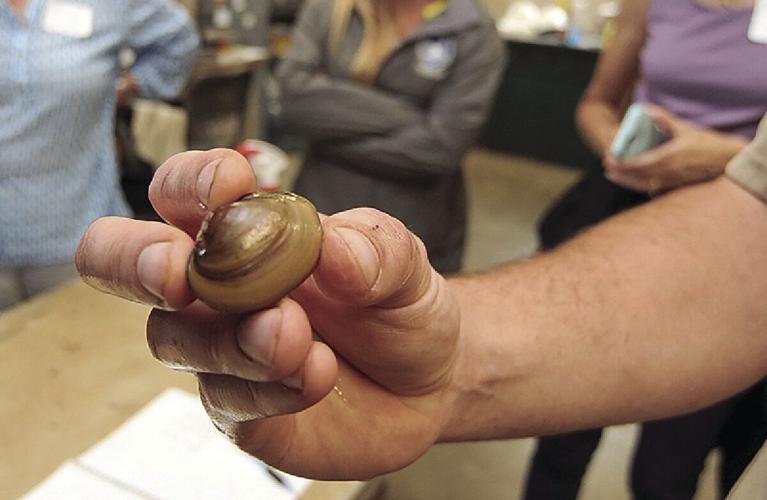 Although Virginia’s budget for the next fiscal year is not yet final, the Senate’s version of the budget includes $400,000 to help restore and protect freshwater mussels.

For environmental advocates, the just-concluded Virginia legislative session had its victories, highlighted by repelling a former Trump official’s nomination to oversee the state’s natural resources.

But under a new Republican governor and a divided legislature, there were also disappointments. One of the most troubling, environmentalists say, is a proposed delay on a hard-won ban on foam food containers.

Drama was to be expected. After the 2019 elections, Democrats held the reins of the state’s executive and legislative branches in Richmond for the first time since 1993. The monopoly ended in November, with the House switching back to Republican control, and political newcomer and Republican Glenn Youngkin replacing Democrat Ralph Northam in the governor’s mansion.

All that stood in the way of total GOP dominance during this spring’s legislative session was the Democrats’ narrow 21–19 grip on the Senate.

The outcome hasn’t been determined just yet. The session ended March 12 with the House and Senate still needing to negotiate a final budget deal, and many environmental initiatives hang in the balance. Lawmakers will need to return for a special session beginning Monday, April 4, to iron out the budget differences. They also could take up and pass any legislation that didn’t cross the finish line.

This is a look at where the state landed on major environmental issues.

A former Trump administration figure lost his bid to become the cabinet’s voice for the environment. But he will still have the ear of the governor.

Former coal lobbyist Andrew Wheeler didn’t make many friends in the environmental community during his 2019–21 tenure as the administrator of the U.S. Environmental Protection Agency. There, he oversaw several attempts to roll back federal air and water pollution regulations, including protections for wetlands and streams.

Youngkin offered Wheeler a job, nominating him to become the state secretary of Natural and Historic Resources. The cabinet-level position oversees five state agencies, including the departments of Environmental Quality and of Conservation and Recreation. Environmental groups were nearly unanimous in their opposition.

“We based it simply on his record of really attacking many of the foundational virtues of protecting natural resources at the EPA,” said Pat Calvert, the policy and campaign manager for the Virginia Conservation Network.

In a rare move, Senate Democrats stripped Wheeler’s name from a list of appointees requiring legislative approval, blocking his nomination. Under state law, though, he was allowed to remain in the position until the end of the session.

The role of the state’s top environmental official was transferred on an “acting” basis to Travis Voyles, Wheeler’s top deputy during his short-lived term. But Wheeler isn’t leaving state government. The Youngkin administration announced he will be staying on board as a special adviser to the governor.

One of the signature environmental achievements of the Northam administration was to join the Northeast’s carbon cap-and-trade program, known as the Regional Greenhouse Gas Initiative.

In December, Youngkin, a former CEO of a private-equity firm, announced plans to remove the state from the program through executive action. At an average monthly cost to ratepayers of $4.37, or slightly more than $50 per year, participation in the program was too costly, Youngkin argued.

But it is unclear from a legal standpoint whether he can pull out of the program unilaterally. That’s because the legislature folded the RGGI language into state law.

A Republican-backed effort to repeal the 2020 RGGI act couldn’t overcome united Democratic pushback in the Senate.

But the program isn’t out of the woods yet. Language in the House version of the budget would prevent state agencies from spending the $371 million in expected proceeds from RGGI credit auctions over the next two years. It wouldn’t end the state’s participation in the program, though.

“We prevented a lot of rollbacks thanks to mindful legislators who realized we can’t go back on this,” Calvert said. “There’s too much work that has gone on to get us there.”

The Senate Democratic bulwark didn’t hold up in the face of one of the session’s most controversial environmental bills.

The measure would take permitting authority away from the citizen air and water boards and hand it to the Department of Environmental Quality.

The Chesapeake Bay Foundation and other opponents argued that the change would conceal key decisions behind closed doors. The bill’s proponents in the business and manufacturing sectors said the change would ensure more certainty on whether projects will move forward.

Such concerns were overblown, Calvert said. “The narrative was just erroneous that they were denying permits. But really, they’ve only denied a handful of permits over the past couple decades.”

Virginia’s system of creating and empowering citizen boards to make major permit decisions has few equivalents across the country. In neighboring Maryland, for example, the ultimate air and water permitting authority lies with the Department of the Environment.

The move to weaken the boards came after the Virginia air board denied a permit for a compressor station along an extension of the Mountain Valley Pipeline, dealing a blow to the project’s viability. The pipeline’s developer is appealing that decision in a federal lawsuit.

The bill sailed through the Senate on a 32–8 vote, with 13 Democrats joining a solid block of GOP support. Youngkin has until April 11 to sign or veto the legislation.

But environmental groups successfully lobbied for revisions that tempered the bill’s impact before its passage, adding language requiring DEQ to bring controversial permits before the boards to gather public opinion before the agency issues final rulings. The law would also leave intact the boards’ power to issue regulations, such as new water and air standards.

Virginia is poised to dispense a historic amount of funding in 2023 to programs that help reduce water pollution from farms, city streets and troubled sewage-treatment plants.

For the 2023 fiscal year that starts July 1, the House budget set aside $256 million for the state’s agricultural cost-share program, which assists farmers with implementing pollution controls. The Senate version stands at about $230 million. Either amount would represent a record high.

“That’s the program that addresses the largest source of pollution to the Bay,” said Peggy Sanner, Virginia executive director for the Bay Foundation. “For the first time, literally, with this budget Virginia is on track to fully fund the program that we need most.”

Environmentalists say the 2023 amount would meet the program’s funding needs over the full two-year budget period.

They also are applauding the full funding in both houses of the Stormwater Local Assistance Fund, which provides matching grants to local governments for pollution-reduction projects. The Senate bill includes $50 million for the program in the coming year; the House, half that total.

Calvert said that although this year’s action will enact the budget over two years, lawmakers can still amend the 2024 budget during next year’s legislative session.

The House and Senate are further apart on an initiative to halt decades of untreated wastewater spills into the James and Potomac rivers.

In Alexandria, Richmond and Lynchburg, the wastewater systems routinely become overwhelmed and overflow during heavy rainfall because the same pipes also collect stormwater runoff. The problem has gotten so bad in Richmond that state lawmakers have set a 2035 deadline for the city to eliminate the discharges.

Both budgets delay by five years the ban put in place during last year’s legislative session on food containers made from polystyrene, or plastic foam. The law would go into effect beginning in 2028 instead of 2023, if the proposal is finalized.

Some lawmakers are concerned that the ban will impose higher costs on small businesses. They have called for the final budget to include funding for studying the development of an “advanced recycling” industry, which environmental groups have opposed.

Sanner said she hopes that lawmakers will keep the original deadline in place. “It is beyond dispute now that we as a commonwealth and a nation are producing too much plastic waste, and our programs for addressing it are inadequate.”

Other environmentally themed actions taken by the 2022 Virginia legislature (so far) include: