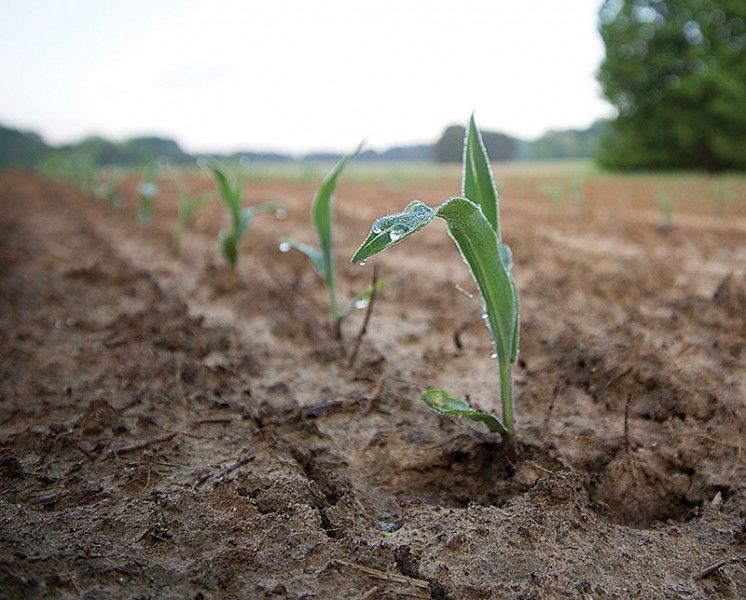 Nutrient pollution from farmland continues to be the largest form of pollution in the Chesapeake Bay. All states in the Bay watershed face significant challenges in reaching pollution reduction goals by 2025. 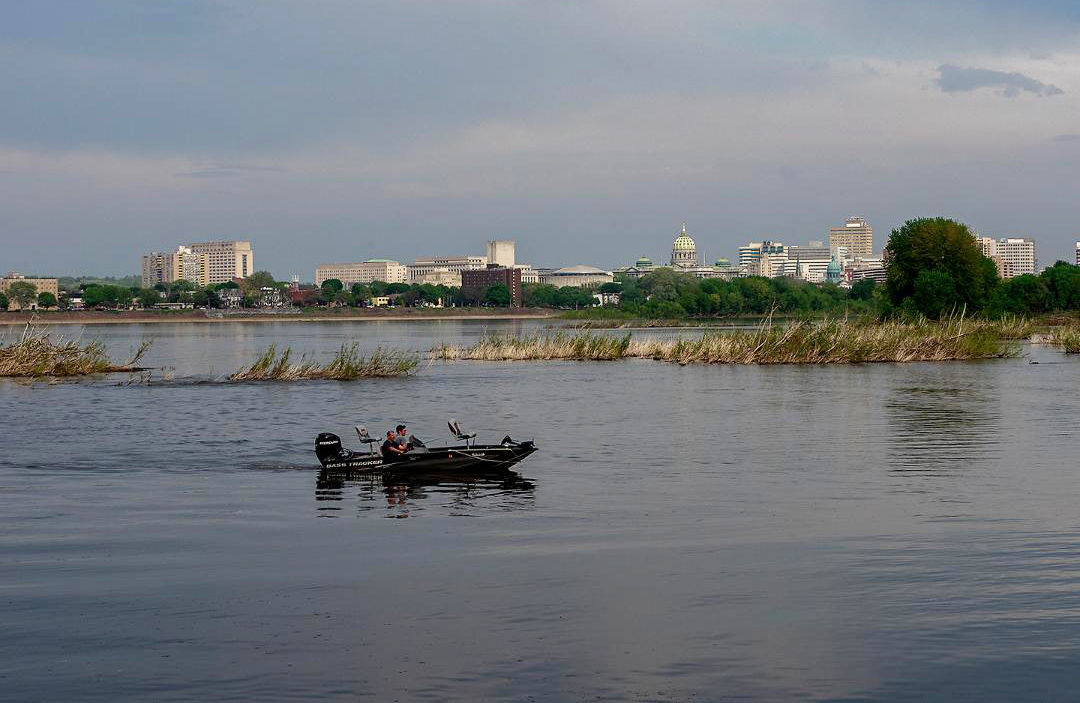 The Susquehanna River, shown here at Harrisburg, is the largest tributary of the Chesapeake Bay, providing 50% of its freshwater flows. 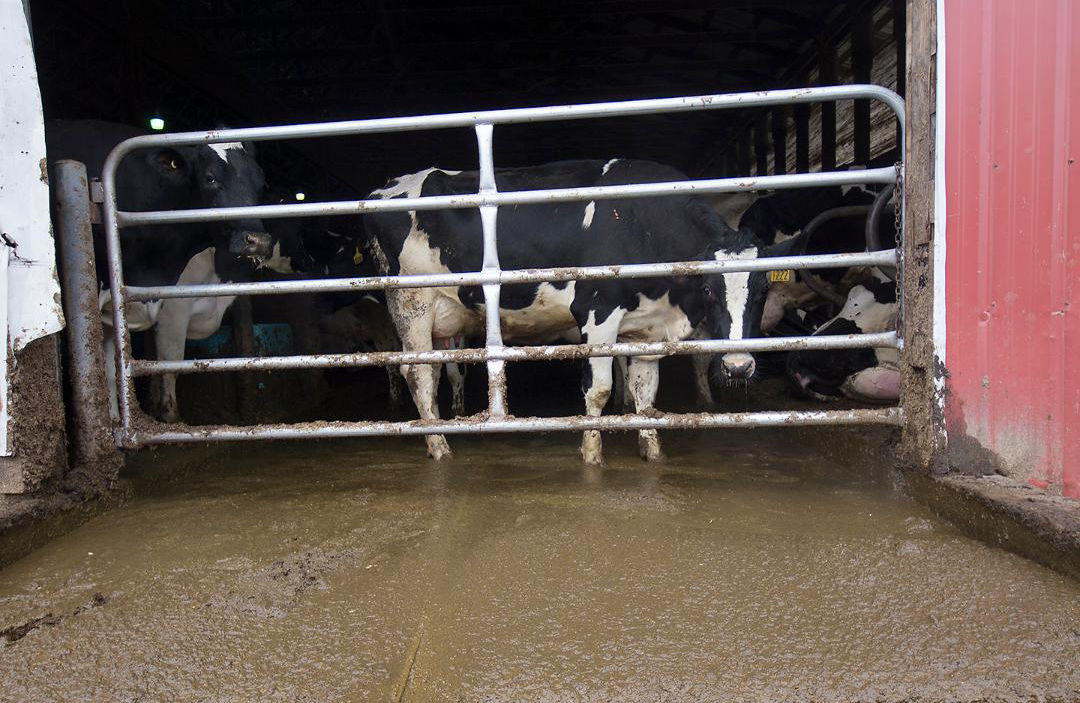 Manure, directly from farm animals or applied to fields as fertilizer, is a major source of water pollution in the Chesapeake Bay watershed.

The 37-year-old Chesapeake Bay restoration effort descended into finger pointing and threats of lawsuits on Monday, as the region struggles with the likelihood that it will miss yet another cleanup deadline.

Attorneys general for Maryland, Virginia and the District of Columbia joined with the Chesapeake Bay Foundation in saying they would sue the U.S. Environmental Protection Agency over its failure to force greater pollution reduction actions from Pennsylvania and New York.

Both New York and Pennsylvania are far behind in meeting their 2025 Bay cleanup goals, and neither has produced plans showing how they would close that gap.

The attorneys general contend that their own states have made large investments to curb pollution to the nation’s largest estuary, but that the EPA needs to use its legal authority to compel their northern neighbors to do significantly more.

“Maryland has engaged in heroic efforts and made huge sacrifices,” said Maryland Attorney General Brian Frosh. “But this is a struggle we cannot win without the commitment of our neighbors and more importantly without the engagement of the United States Environmental Protection Agency. The EPA has flat-out walked away from that responsibility.”

EPA Administrator Andrew Wheeler shot back that the threatened legal action was “without merit” and that “all the states have room for improvement, and all the states need to make more progress on their commitments for 2025.”

Wheeler spoke at a news conference announcing the EPA’s award of $6 million in funding to support implementation of agricultural runoff controls in areas of the Bay watershed where it would have the greatest impact, with most of it — $3.7 million — going to Pennsylvania.

“We are trying to work with everyone in trying to solve the problems for the Bay while other people are out there trying to create headlines and discontent with their state partners,” Wheeler said.

When it became clear the 2010 goal would be missed, the EPA worked with the states to establish a new 2025 goal. That plan, known as the Chesapeake Bay Total Maximum Daily Load, set a limit on the amount of the nutrients nitrogen and phosphorus that could reach the Bay and still maintain healthy water quality.

States were to write plans showing how they would reduce nutrients to meet those limits. If they fell behind schedule in implementing their plans, the EPA could take a variety of actions.

Since 2010, states have generally made good progress in reducing pollution from regulated dischargers, such as wastewater treatment plants, but have struggled to reduce runoff from farms — the largest source of nutrient pollution in the watershed — as well as stormwater from developed lands.

Pennsylvania and New York have fallen far behind schedule, in part because agriculture is their primary source of nutrients. The problem is particularly acute in Pennsylvania, which contributes more nutrients to the Bay than any other state and also has the most farms.

Last year, all states wrote updated cleanup plans to show how they would finish the cleanup job by 2025. With their wastewater treatment plant upgrades largely completed, most states called for reducing nutrient pollution from farms — through nutrient absorbing cover crops, streamside buffers and other conservation measures — at unprecedented rates. Those plans were widely criticized for providing little detail about how that ramp-up would take place.

Plans from Pennsylvania and New York, though, failed to meet the 2025 goals, even on paper. Pennsylvania’s plan achieved only about 75% of its nitrogen goal, and New York’s reached about 67%.

The EPA cited those shortcomings when it reviewed the plans at the end of the year, but it did not take any specific actions against the two states. Such actions could include such things as withholding grant funding or forcing wastewater treatment plants to achieve even more reductions — which would be hugely expensive.

Critics, though, have contended that just the threat of such steps could spur states to fund more farm runoff controls.

Baker noted that cleanup actions taken since 2010, though short of meeting goals, had improved Bay water quality. “The EPA seems intent on snatching defeat from the jaws of victory,” he said.

When the EPA failed to announce any actions earlier this year, the foundation and the governors of Virginia and Maryland said they might take legal action against the agency.

On Monday, they filed letters with the EPA announcing their intent to file suit. They were joined by the District of Columbia, Anne Arundel County in Maryland and the Maryland Watermen’s Association.

“The Trump EPA is rubber-stamping plans that are plainly inadequate and allowing some watershed states to do less than they are supposed to,” said Virginia Attorney General Mark Herring.

The law requires that federal agencies be given 60 days formal notice of such action to try to resolve issues before a suit can be filed.

The move was swiftly criticized in Pennsylvania.

“The Chesapeake Bay partnership and plans were always intended to be a collaborative effort among the seven jurisdictions in the watershed,” said Deborah Klenotic, a spokeswoman for the state Department of Environmental Protection. “This lawsuit would undermine the cooperative spirit of that partnership.”

She said the state has launched numerous initiatives in recent months as part of an effort to accelerate its pollution control efforts, but she added that “a lawsuit of this nature would further distract and divert federal and state agency resources from our effort and fail to advance our common goal to improve water quality here in Pennsylvania and in the Chesapeake Bay.”