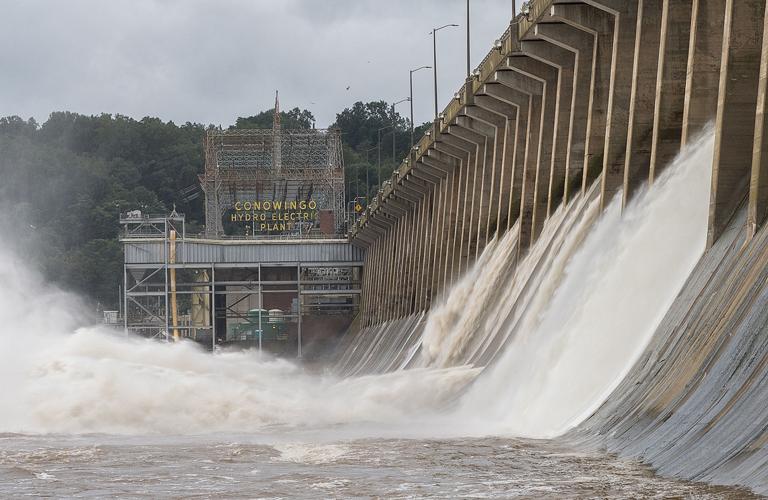 Conowingo was built in 1928 to generate electricity, and it inadvertently acted as a trap for nutrient and sediment pollution flowing downstream to the Chesapeake Bay. Over the years, sediment buildup behind the dam has reduced its pollution-trapping capacity. 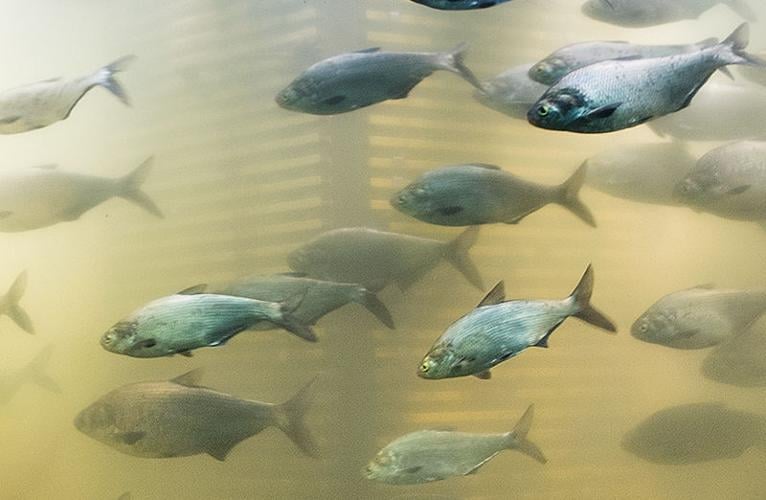 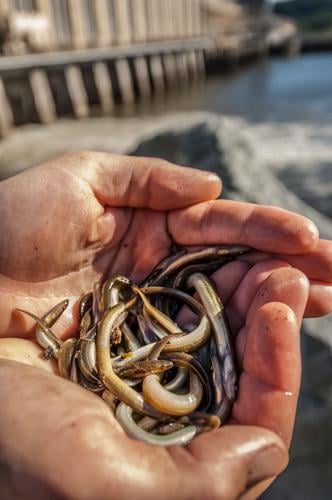 Young eels often collect at the base of Conowingo Dam, trying to swim upstream.

The long-running debate over how to deal with Conowingo Dam’s impact on the Chesapeake Bay is on again. A federal appeals court on Tuesday vacated the license granted in 2021 to operate the hydropower facility on the Susquehanna River.

Siding with environmental groups, a three-judge panel of the U.S. Court of Appeals for the District of Columbia found that the Federal Energy Regulatory Commission exceeded its authority by accepting a privately negotiated deal between Maryland and the utility that owns the dam as part of the license agreement. Under that deal, the state had greatly scaled back what it had originally required of the dam’s operator to reduce pollution coming downriver to the Bay.

Spokespeople for groups that had challenged the license hailed the court’s ruling, saying it clears the way for making the dam’s operator, Constellation Energy, to play a bigger part in dealing with the water-fouling nutrients and sediment building up behind Conowingo and flowing downriver.

“This decision will not only protect the Susquehanna River and the Chesapeake Bay for the next 50 years of this license term but will also ensure that all water quality certifications for large projects can’t just be thrown out when it is politically expedient or when the state is pressured to do so,” said Betsy Nicholas, executive director of Waterkeepers Chesapeake. “This is a big win for the Chesapeake Bay, watermen, downstream residents and the entire Chesapeake Bay cleanup plan.”

The Waterkeepers group, along with two of its member organizations — the Lower Susquehanna Riverkeeper and Sassafras Riverkeeper — and the Chesapeake Bay Foundation filed suit in June 2021. They asked the court to overturn FERC’s acceptance of what some called a “sweetheart deal” between Maryland and Constellation’s corporate predecessor, Exelon Corp., over what the company would do to address the dam’s impacts on water quality and aquatic habitat.

The 94-foot-high dam straddles the Susquehanna in Maryland, about 10 miles upstream from the Bay. Its turbines generate enough emission-free electricity to power 165,000 homes, according to Constellation. After the dam’s completion in 1928, it captured a portion of the nutrients and sediments washing down the river. But now its 14-mile reservoir is mostly filled, and more nutrients and sediment from farm runoff, municipal wastewater and stormwater flow through the dam and into the Chesapeake, where they contribute to algae blooms and other water quality woes.

The flow surges when a storm hits or heavy rains fall, flushing out sediment and nutrients built up behind the dam and sending them downriver, along with trash and debris that litter Bay shores and marinas.

The dam also has blocked many migratory fish from getting upriver to spawn. It has also impeded the upriver movement of American eels, which in turn has depleted freshwater mussels that once helped filter nutrients and sediments out of the river.

Under the Clean Water Act, no license could be issued for the dam unless Maryland certified that it would not harm water quality or waived its right to do so. In early 2018, after years of studies, the Maryland Department of the Environment issued that certification with the condition that the dam’s operator must either clean up the nutrients and sediment passing through the dam or pay the state $172 million a year to have it done.

Exelon sued, contending that the state was imposing an unfair burden by making it responsible for upriver pollution that the dam did not generate. The company also petitioned FERC to rule that Maryland had exceeded the one-year timeframe that states have for acting on license applications.

In 2019, MDE and Exelon reached an out-of-court settlement, under which the company agreed to provide more than $200 million to rebuild eel, mussel and migratory fish populations in the river and to help reduce nutrient and sediment pollution flowing into the Bay. In turn, the state waived its right to impose its previous conditions on the dam’s operating license to ensure it meets water quality standards.

Environmental groups and others petitioned FERC not to accept the deal, arguing that it fell far short of what’s needed. But the five-member commission brushed aside those objections, issuing Exelon a new license that accepted the terms of the MDE settlement and did not impose any other conditions.

The appeals court agreed with the environmental groups that FERC  should not have allowed Maryland to backtrack on its earlier conditions of what was needed to ensure water quality. It ordered the commission to reconsider its decision and either restart the entire process, making Constellation apply for a license all over again, or else accept Maryland’s original water quality certification and greater conditions on the company’s continued operation of the dam.

MDE spokesman Jay Apperson issued a brief statement saying agency officials are “disappointed with the court's ruling and will work with the office of the attorney general on the implications and next steps.”

But Bay Foundation vice president Alison Prost called the ruling “a cause for celebration.”

“We urge the state to use this opportunity to force Constellation to invest in upstream environmental projects that will offset the harm caused by the dam’s presence and protect the Chesapeake Bay for generations to come,” Prost said.

“No one who cares about clean air and the health of the Chesapeake Bay should be cheering this decision, which potentially jeopardizes the state’s largest source of renewable energy,” Adams said. The company has in the past argued that the dam’s hydropower generation isn’t a big money maker, implying it could shut it down if operation costs grow too high.

He also said the ruling threatens to disrupt funding the company had pledged to spend, not just as part of the water quality settlement with Maryland but also to improve passage over the dam for spawning American shad, river herring and eels. The company estimates that its license-related commitments total about $700 million, including approximately $300 million for fish and eel passage.

But the court said FERC could prevent such disruption by issuing the company an interim operating license, renewable annually, that requires Constellation to continue such efforts. In the meantime, the court said, the commission could resume reviewing additional conditions that could be attached to a license to operate the dam for the next 50 years.

Environmental groups believe the commission should impose the terms Maryland originally set forth in its certification. The state did not specify how to meet those, the Waterkeepers’ Nicholas said, so the details are still subject to negotiation. But the ruling will ensure that stakeholders have an opportunity to participate in those deliberations, she added, a role denied them by the closed-door talks leading up to the out-of-court settlement.

Now, as the state-federal Chesapeake Bay Program tries to raise the funds necessary to reduce the flow of nutrients and sediment flowing down the Susquehanna, Nicholas said the court ruling could mean that “we have another big partner at the table, who should have been there all along.”

In comments of objection, constellation says "this decision...jeopardizes the state’s largest source of renewable energy,” and argued that "the dam’s hydropower generation isn’t a big money maker, implying it could shut it down if operation costs grow too high." They also said the ruling "threatens to disrupt funding... to improve passage over the dam for spawning American shad, river herring and eels."

Fine! Make them clean it up, then tear down the dam.

This would help restore multiple imperiled species, and a biological balance missing for many decades. The renewable energy could be generated elsewhere in a less damaging way. Of course, a bridge would be needed unless the existing roadway could be preserved somehow.