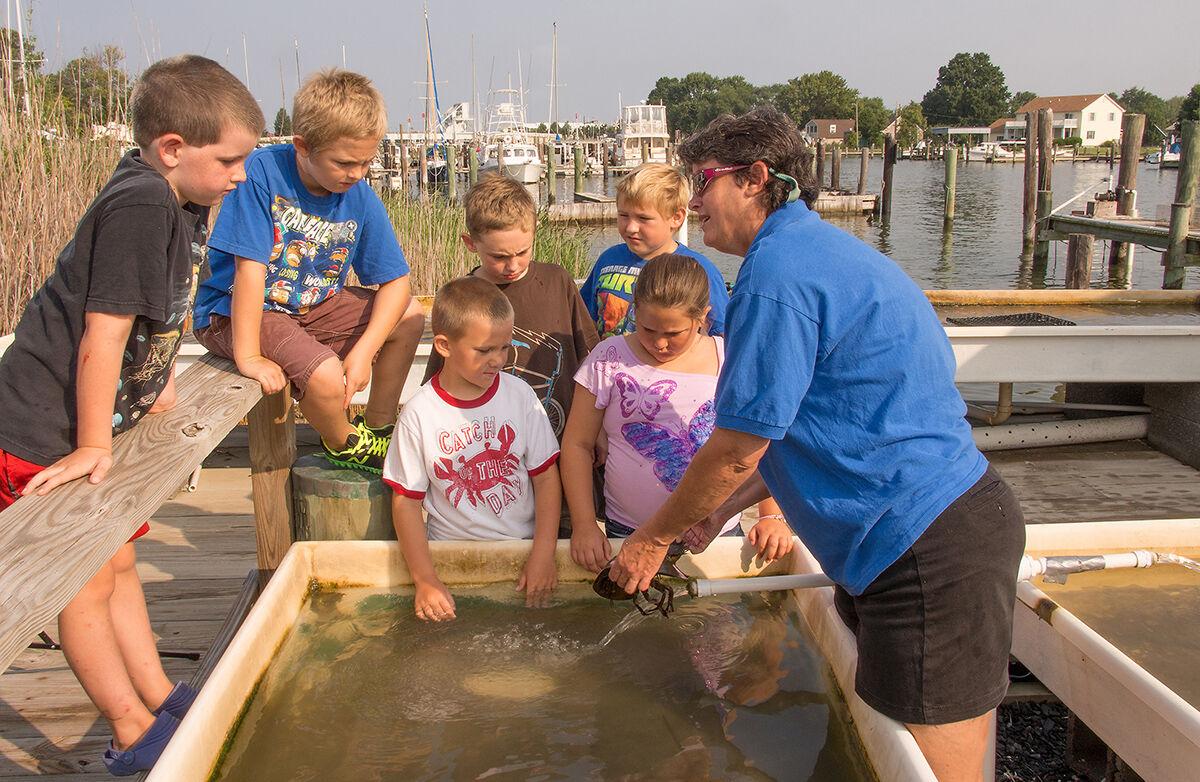 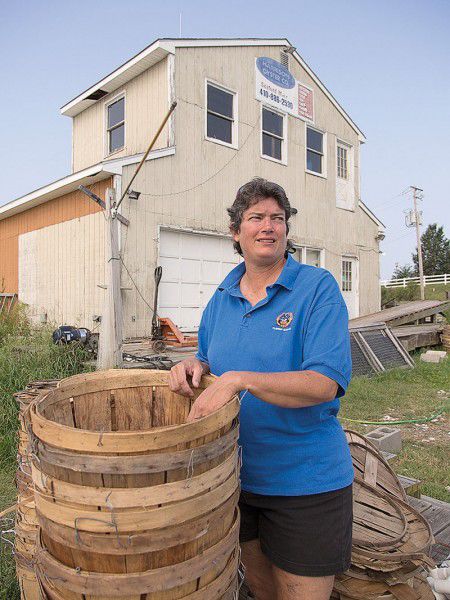 Kelley Phillips Cox raised money to buy the Harrison Oyster House on Tilghman Island, MD, to reopen it as a shucking house as well as turn it into an educational center.

The Phillips Wharf Environmental Center, the Talbot County, MD, nonprofit that rose from the ashes of a family tragedy to become a leader in educating a new generation of Chesapeake Bay guardians, has closed its doors.

Whether the 14-year-old organization will soldier on in a new location remains to be seen, but the center’s leaders say they hope to continue providing environmental programming to schoolchildren and others in some fashion in the future.

Matthew Albers, president of the center’s board, announced the closure in a Facebook post in March, saying the board was busy “liquidating our assets on Tilghman Island,” home to the center’s headquarters and oyster-farming operation. The board is looking into using proceeds from those sales to finance a new location in or near Easton.

It is uncertain what Phillips Wharf’s future will look like. But Albers explained it will probably be a “leaner version” of itself, avoiding the trajectory the organization was on last year, when it was often only six months away from exhausting its resources.

During its 14-year run, the center evolved from a shoestring operation to a beacon of environmental education on Maryland’s Eastern Shore. At its height, the center hosted guided tours of its 3-acre waterfront campus, dispatched a “Fishmobile” to carry its conservation message to schools and special events, recruited a corps of more than 100 homeowners who raised oysters in cages off their docks, and served as an incubator for aspiring commercial oyster farmers.

Phillips Wharf, though, has been dealt one setback after another over the past year.

Its visitors center closed in the spring of 2020 as the world locked down to slow the spread of the coronavirus. That halted the flow of income from public tours and school field trips.

The organization had diversified its revenue streams, though. When it acquired the Tilghman Island property in 2013, it began farming oysters in Harris Creek. The 1.6 million oysters were not only raised for their education value but also for real dollars and cents: The mollusks were sold to local restaurants.

Here again, the pandemic took its toll. Many restaurants suspended indoor dining. The loss of that key market segment caused oyster prices to plummet. With the center only able to recoup about 9 cents for each oyster instead of the previous 30 cents, the operation was no longer making a profit, said Albers, who works as a financial consultant.

The news kept getting worse. In August, Tropical Storm Isaias sent a tree crashing through the center’s classroom building and “Estuarium,” which housed its touch tank. Property insurance covered much of the damage, but the organization was forced to seek $5,000 in donations to pay the deductible and other expenses not covered by the plan.

Amid the turmoil, the center’s founder and executive director, Kelley Phillips Cox, stepped aside in September because of complications related to congenital heart disease. She died in May, according to her family.

Cox, the daughter of one of the Chesapeake’s top watermen, Garland Phillips, grew up with a love for the Bay and its creatures. But that relationship was severely tested when her father perished aboard his boat with four other family members during an ice storm in 1979.

Cox left Maryland to attend college in North Carolina but returned before finishing her studies.

“I had to come back,” she told the Bay Journal in a 2013 interview. She declined to comment for this story, which was prepared before her death. “I knew the Bay. I knew the animals in the Bay.”

She opened a small environmental center in 2005 with her husband, Capt. Jerry Cox. In 2013, Cox set her sights on purchasing an oyster house on Tilghman Island and converting it into a new, larger headquarters for the center.

When the Bay Journal published a feature story about the effort in September that year, the nonprofit was only about halfway toward its goal of raising $450,000 to cover the property’s asking price. Attention roused by the story helped Cox close the funding gap within about a month.

A year later, the Maryland Association for Environmental and Outdoor Education named her its outdoor educator of the year.

The organization has sold the oyster aquaculture operation to its most recent farm manager. And as of mid-April, the environmental center campus was under contract to be sold to a private seafood business, which Albers declined to identify. But he said the property will continue to serve as a working waterfront and won’t be further developed.

“We probably could have sold that property to a developer and made a whole lot more money,” he said.

Albers said the board made the painful decision to shut down the center sooner rather than later with hopes of preserving what he called a “small endowment” toward the nonprofit’s future.

Albers said the organization hopes to set up in a small, more-affordable space farther inland; a knock against the Tilghman Island location was that its remoteness deterred some schools from visiting. The organization has retained one paid employee, Kristen Lycett, the marine scientist who coordinates the Fishmobile program.

In the come months, Albers added, she and the board will work with University of Maryland graduate students to develop a more-sustainable business model.