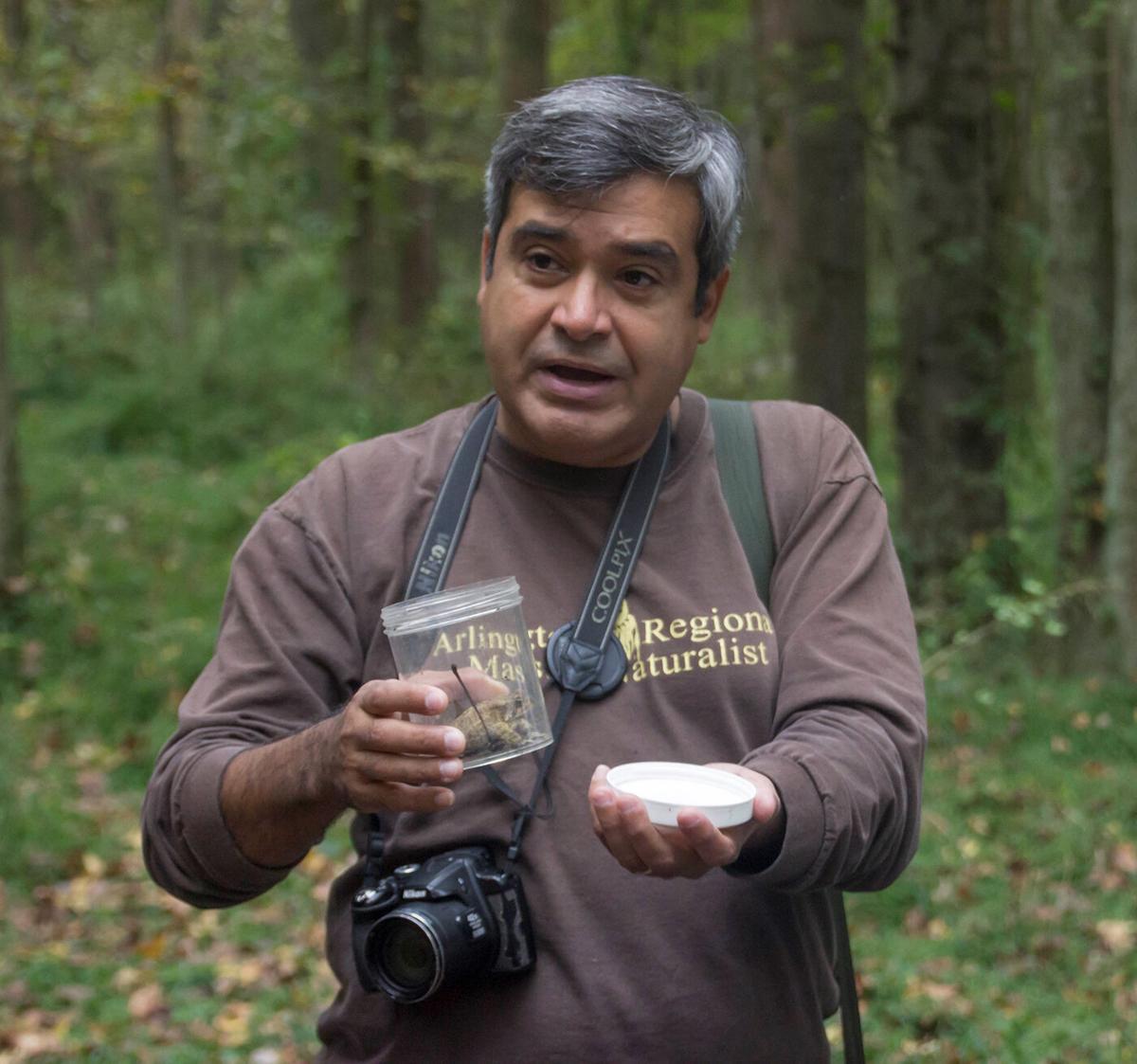 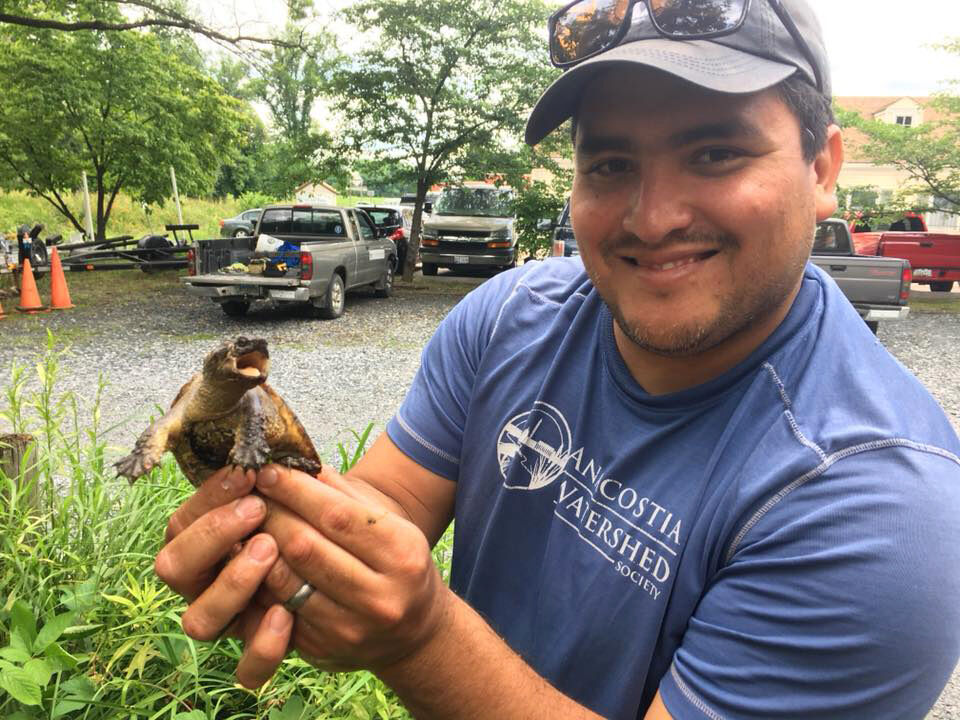 Jorge Bogantes Montero, a natural resource specialist with the Anacostia Watershed Society, participated on a panel at the 2020 Natural Latinos conference about Latinx professionals working on biodiversity issues in the Potomac River watershed. (Submitted photo/Courtesy of Audubon Naturalist Society) 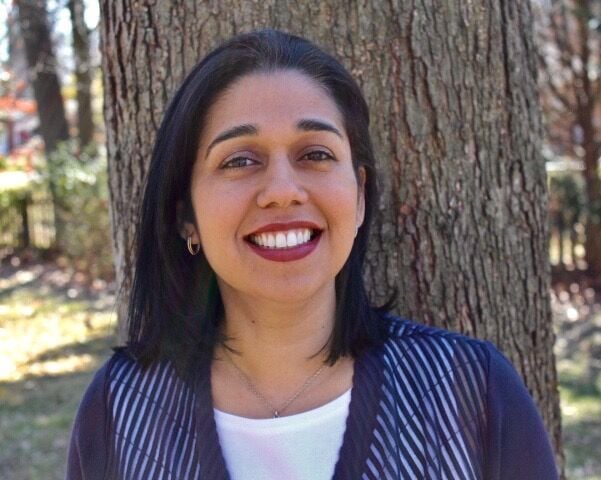 Natali Fani-González, vice chair of the Montgomery County, MD, Planning Board, was a keynote speaker at the 2020 Naturally Latinos conference. (Submitted photo/Courtesy of Audubon Naturalist Society)

During its long and storied history, the Audubon Naturalist Society has counted among its active members such environmental luminaries as former President Teddy Roosevelt and the famed scientist and author Rachel Carson.

If the demographics of the group’s recent virtual conference were any indication, the next generation of leaders might be more racially and ethnically diverse.

Nearly 350 people tuned into the third annual Naturally Latinos conference Dec. 2–4, organizers said. That turnout was double any of the previous gatherings. About half of the participants identified themselves as Latinos.

For the conference organizers, the conversations reaffirmed what they have long known to be true: Latinos’ relationship with the environment may sometimes look different from the mainstream, White model, but it is just as passionate.

“Most of what we engage environmentally tends to be very White-centric faces,” said Serenella Linares, conference co-chair and virtual learning manager for the Audubon Naturalist Society. (The organization serves the Washington, DC, region and is not affiliated with the National Audubon Society.) “By having a Naturally Latinos conference that is by and for Latinos, it creates a space where people can feel welcome and express what their issues are and feel heard.”

Environmental groups have been part of the racial reckoning reverberating across the country in the wake of a string of police killings of Black people. Historically, torchbearers of the environmental movement have been White, middle and upper class, and liberal. Many groups have begun acknowledging their failure to act on causes important to racial and ethnic minority communities, which often bear the greatest burdens from pollution and lack equitable access to parks and other open spaces in their neighborhoods.

The Naturally Latinos conference took place four months earlier than originally planned. Eliza Cava, the conference’s other co-chair, said she envisioned it as a release valve for the pressure bred by the COVID-19 pandemic and instances of police brutality.

“We’re sitting in front of our computers stewing,” said Cava, the Naturalist Society’s conservation director. “We wanted to host the forum to have these conversations now.”

The Naturalist Society is also moving up its sister event, Taking Nature Black, which is geared toward Black Americans in environmental fields. Instead of taking place in 2022 as planned, the conference will take place virtually Feb. 23–27, 2021. For information, visit anshome.org/taking-nature-black.

The Chevy Chase, MD-based group usually attracts most of its conference and event attendees from the DC region. With the latest Naturally Latinos available virtually, December’s gathering was designed with more of a national emphasis.

Topics spotlighted Latinos’ presence in green jobs, park accessibility, the queer Latinx experience and climate change impacts on Latino populations, among others. Some panels were conducted in Spanish. English-language talks were interpreted into Spanish live and vice versa.

Several speakers pointed out that Latino workers are prevalent in green industries and related fields. As of 2019, they represented about 18% of the total U.S. workforce but 34% of those in crop production and 43% of those in landscaping services, according to the U.S. Labor Department. But Latinos rarely hold leadership roles, the speakers pointed out.

Luis Alfonzo, a horticulturalist manager for the University of Maryland’s College Park campus, said many young Latinos face barriers to advancement, including the need for more education and training options, minimal English skills and a dearth of opportunities. But the Venezuelan native said he overcame those challenges with the help of mentors, and mentoring can help lift up others as well.

“We can get somebody with the right attitude and support them to move up,” Alfonzo said.

Environmental groups bear much of the responsibility for the fact that Latinos remain underrepresented on their boards and among their employees, said Pedro Cruz, acting director of the Sierra Club’s Healthy Communities Campaign.

“Invisibility is a big problem,” he said. “I don’t know how the color of our skin gives us the superpower to be invisible and our voices cannot be heard.”

Cruz added that White-led organizations need to acknowledge that Latinos typically approach the environment from a different perspective, one influenced by generations of oppression and environmental injustice.

For Latinos, “everything is an environmental issue,” said Natali Fani-González, vice chair of the Montgomery County (MD) Planning Board. Her environmental path started in high school, when what should have been a 15-minute bus commute in suburban DC would inevitably turn into a two-hour slog. As a result, she has been a staunch advocate for a 16-mile light-rail extension in Maryland, known as the “purple line.”

Fani-González said that environmentalists should adopt such social causes because they have environmental benefits, too.

“Supporting the public transportation system is an environmental issue,” she said. “People want to live in places where they feel safe walking or crossing the street and get a job and not spend two hours stuck in a car. It’s part of the social justice movement. We want people to rely more on riding buses and a bicycle than driving a car. It’s for our own benefit and the planet’s benefit.”

Participants also stressed that Latinos fully embrace the outdoors, particularly parks and playgrounds within walking distance of their homes. They tend to enjoy those spaces in large family groups, often with a picnic and a soccer ball.

But park programs too often fail to reach this population. At Maryland’s Sandy Point State Park, for example, a 2015 survey showed that 80% of users identified as Spanish-speaking but only 3% were aware of the facility’s nature programs. And most visitors, according to the survey, mistakenly believed that the popular swimming spot adjacent to the Chesapeake Bay Bridge was the ocean instead of the Bay.

“[It was] a huge missed opportunity to engage a community,” said Gabrielle Roffe, the equity and community engagement manager for the Chesapeake Conservancy.

Hardly anyone on the park’s staff spoke Spanish. So, two years ago, the National Park Service’s Chesapeake Bay Gateways Network partnered with the Conservancy and other organizations to hire two Spanish-speaking interns as summer outreach assistants. More interns were added last year. They have led programs, translated signs and educational materials, created virtual programs and compiled a handbook of Spanish phrases for park staff to use. The pilot program has shown potential for wider adoption across Maryland’s park system, Roffe said.