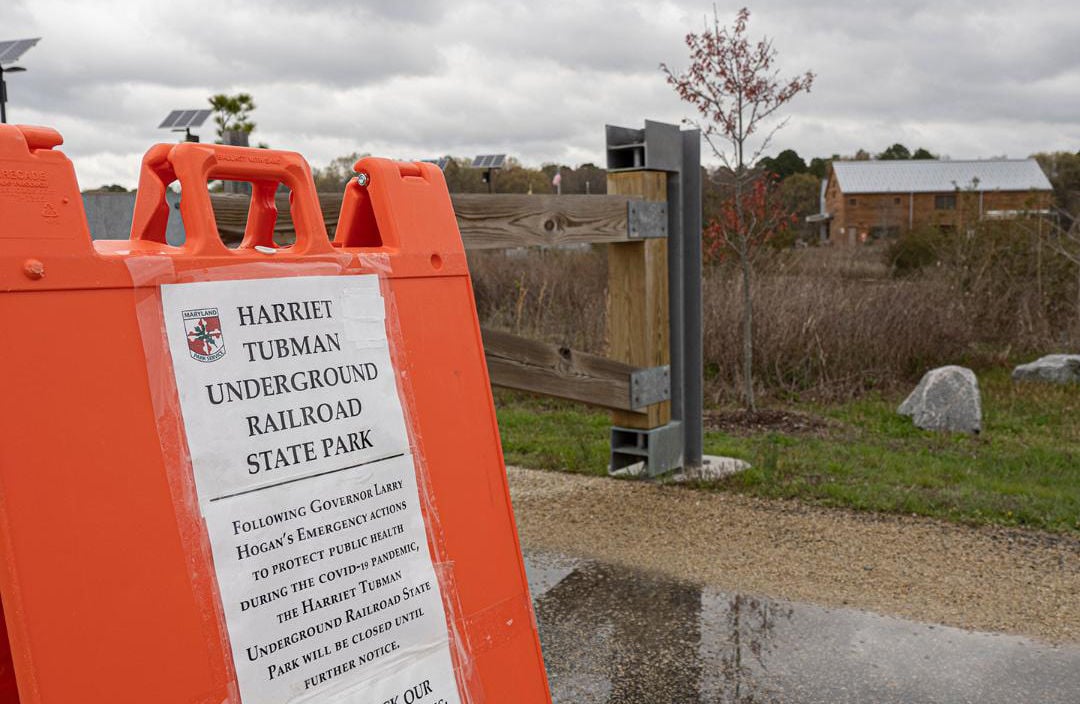 The Harriet Tubman Underground Railroad National Historical Park on Maryland’s Eastern Shore is among the national park sites closed in the Chesapeake Bay watershed due to the coronavirus. 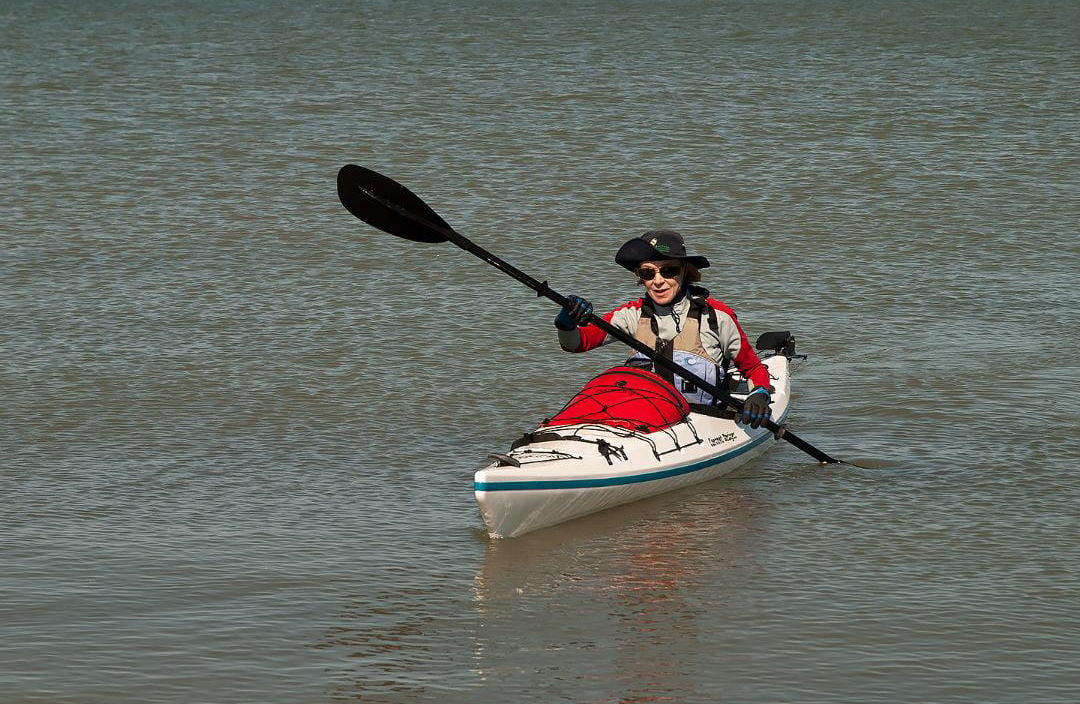 Kayaking and paddle boarding generally are acceptable forms of outdoor exercise during current constraints, if practiced with proper separation. 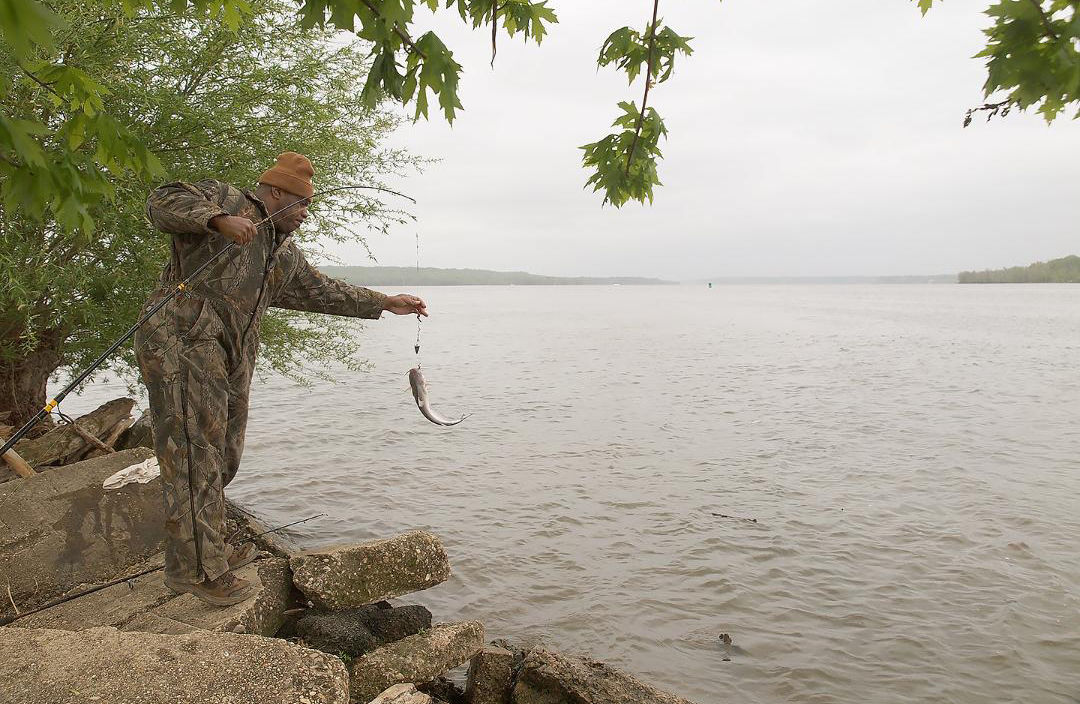 Fishing is generally acceptable under stay-at-home-orders, but some rules and exceptions apply. Check for state-specific guidelines. 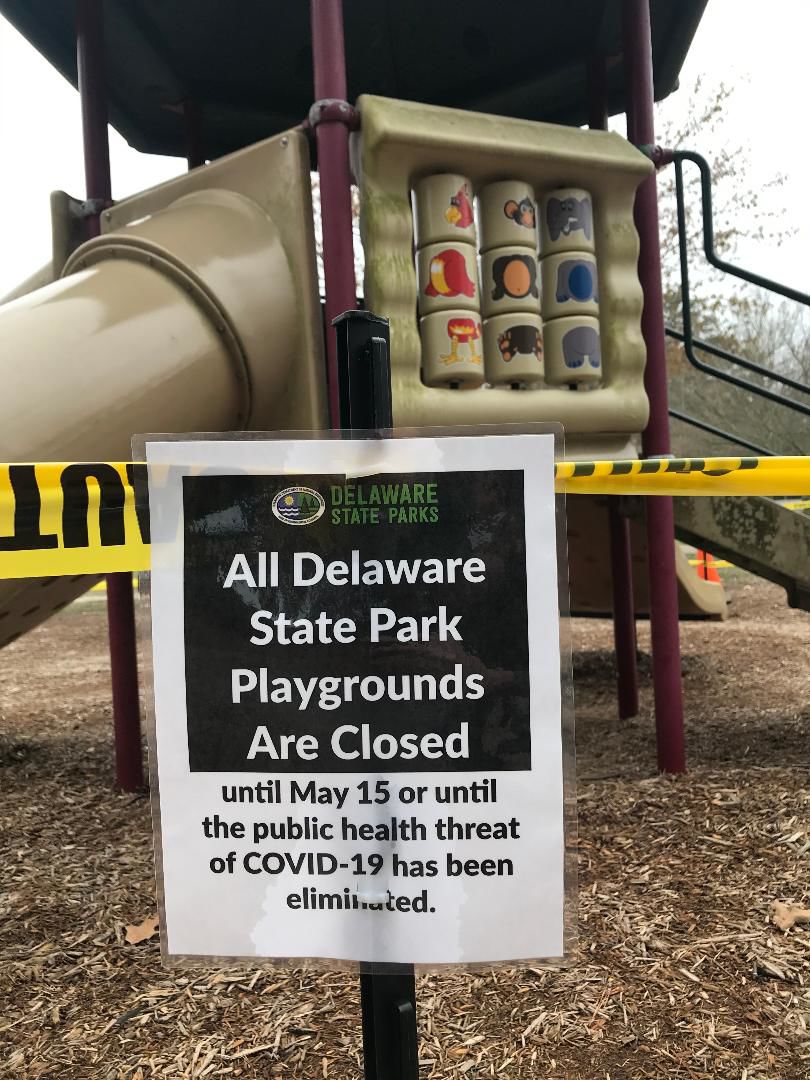 Playgrounds have been closed in parks throughout the region to prevent the spread of the new coronavirus. 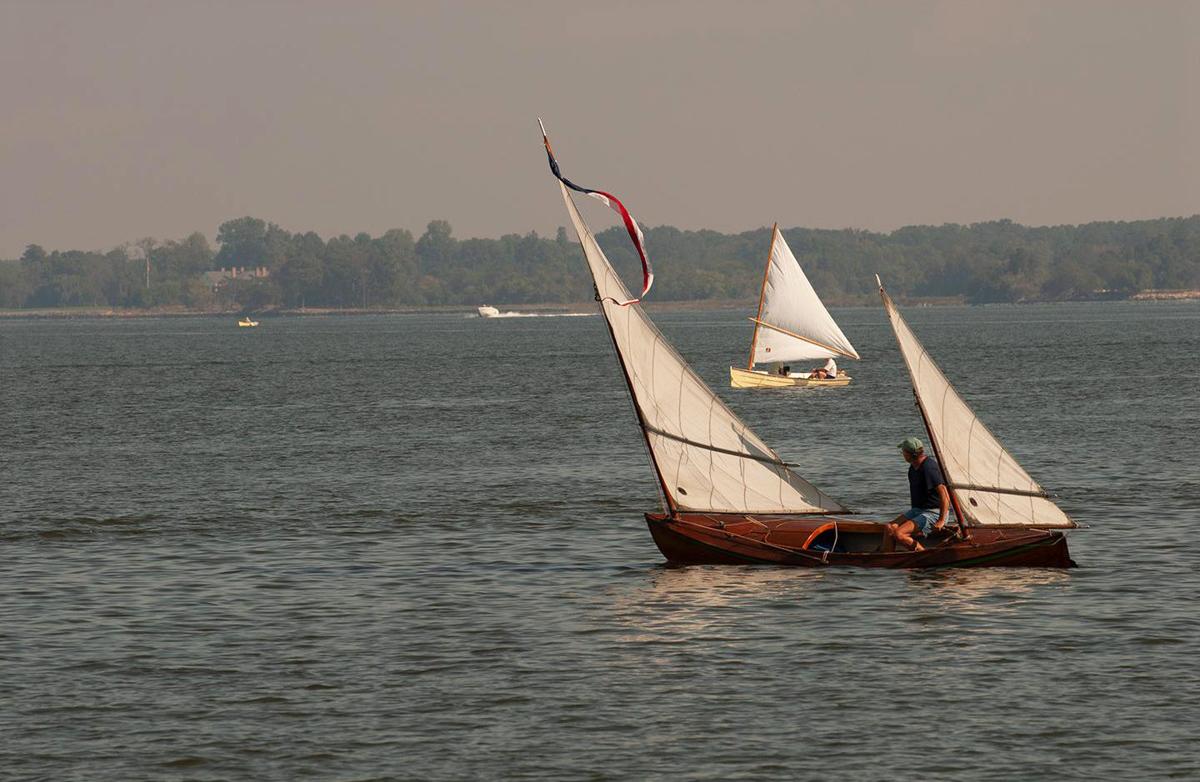 Maryland has banned recreational boating, with some exceptions related to fishing and kayaking.

The coronavirus pandemic that’s keeping many people inside across the Chesapeake Bay watershed is also limiting some outdoor recreational opportunities — closing campgrounds, playgrounds, public beaches and some parks. In Maryland, it’s also putting a crimp in boating.

Authorities issued stay-at-home orders in Maryland, Virginia, Delaware, the District of Columbia, New York and West Virginia. In Pennsylvania, a growing number of counties joined their ranks. But such decrees still allow ample opportunities for getting outside to hike, bike, jog, fish or hunt — or just take in a little fresh air and nature. Following is a state-by-state rundown.
Maryland

The stay-at-home order issued March 30 by Gov. Larry Hogan specifically permits “outdoor exercise activities, such as walking, hiking, running, or biking,” as long as people maintain a 6-foot separation from each other.

But recreational boating is not permitted. That’s a bitter pill in a state with more than 200,000 registered power- and sailboats. Boaters took to social media to complain, and at least one started an online petition asking Hogan to lift the ban. One signer argued that boating is “good for mental health,” while others maintained it fit the spirit of “social distancing.”

Amid a flurry of questions, the state Department of Natural Resources issued new guidelines on Tuesday that say “limited” hunting and recreational fishing are permitted, including by boat, if pursued to obtain food. That prompted at least one boater to suggest he’d be sure to have a fishing rod aboard.

The DNR also specified that kayaking and paddle boarding are acceptable forms of outdoor exercise, if practiced with proper separation. Though not specifically mentioned in DNR guidance, canoeing is also permitted, according to DNR spokesman Gregg Bortz, providing that whoever else is in the canoe is someone you’re living with.

Most state parks are open, though beaches, campgrounds and areas where people might congregate have been closed. For details, check here.
Virginia

Gov. Ralph Northam ordered all Virginians to stay home but included “engaging in outdoor activities, including for exercise,” among the exceptions. He didn’t address boating, but said generally that individuals using outdoor spaces, “whether on land or on water,” must stay at least 6 feet away from each other, unless the others are family or household members or caretakers.

Virginia state parks have closed visitor centers, cabins, campgrounds and restrooms, but trails and outdoor spaces are still open for day use. For details, see here.

Northam also declared a moratorium on most private campground reservations and closed all public beaches except for exercising and fishing. For more info, go here.

As in neighboring states, District residents have been ordered to stay home, unless they have some “essential” purpose. They may venture out to engage in “certain authorized recreational activities.” The list includes: “walking, hiking, running, dog-walking, biking, rollerblading, scootering, skateboarding, playing tennis, golfing, gardening, and other activities where all participants comply with social distancing requirements and there is no person-to-person contact.” It’s unclear whether fishing or any type of boating is acceptable.

Thirty-three counties are under stay-at-home orders, but residents are still permitted to engage in outdoor activities such as walking, hiking or running, as long as they keep their distance from others.

State parks and state forests remain open but all facilities, such as rest rooms, pavilions, and campgrounds, are closed. For details and updates, go here.

The Fish and Boat Commission did delay the early start of trout season in Southeastern Pennsylvania to coincide with an April 18 opening day in the rest of the state. Stream stocking was accelerated, without the assistance of volunteers. For more info, go here.

Delaware’s state parks remain open with their fees waived, but its state-operated beaches are closed for all but exercise and surf-fishing under Gov. John Carney’s stay-at-home orders.

Those parks were all but shuttered to out-of-state visitors. A week after Carney ordered anyone coming into Delaware to self-quarantine for 14 days, he extended the policy March 30 to apply to those heading into the state to fish, hunt or visit a park.

Surf-fishing, an activity known for packing beaches during warm weather, is limited to people fishing from vehicles with a cap of two people from the same household. Vehicles must be parked at least 20 yards apart, according to the Department of Natural Resource and Environmental Control.

With a statewide stay-at-home order, New York park officials encouraged people to get outdoors but to #RecreateLocal.

The Department of Environmental Conservation created the hashtag in a campaign urging people to keep visits short and not travel too far from home. “To keep these places safe and healthy for everyone, we need to adjust the ways we enjoy our parks,” State Parks Commissioner Erik Kulleseid said.
Like other states, New York has waived fees at state parks but closed playgrounds, canceled all public programs and shuttered nature centers and other facilities. All state-operated campgrounds are closed through at least April 30; anyone with a reservation in the meantime is being given refunds. For more info, go here.

The state urged people to keep their distance from each other while outdoors and avoid group activities, such as basketball and football. If crowds are forming at a park, people should go somewhere else, officials said. Fishing and boating were allowed, but officials urged boaters to stay at least six feet from each other.

As in other states, Gov. Jim Justice’s  stay-at-home order specifically allows walking, hiking, biking, jogging and just being “in nature for exercise,” with proper separation from others.

All state campgrounds are closed through April 30. All restrooms are closed, and all events canceled.

Day-use areas, such as hiking trails and fishing lakes, continue to be open for public use. The state has waived fishing license fees through April 24 for state residents. Under Justice’s order, no outdoor gatherings could exceed 10 people and they must stay at least 6 feet apart. Justice also closed private campgrounds to out-of-state travelers.

National parks remain mostly open, but they are coming under increasing pressure to close after reporting that seven employees have confirmed cases of the coronavirus.

The Park Service has closed popular parks such as Great Smoky Mountains, Yellowstone and Grand Teton, plus dozens of other sites to reduce risks of spreading illness. But many more remain open, and the government has waived entrance fees.

The chair of the Coalition to Protect America's National Parks, Phil Francis, wrote Interior Secretary David Bernhardt on Tuesday urging him to close the parks to protect employees and help slow the spread of COVID-19.

With 54 sites in the Chesapeake Bay watershed, the National Park Service says it is modifying operations on a park-by-park basis during the pandemic. It is basing those decision on guidance from the Centers for Disease Control and Prevention as well as state and local health authorities, officials said. Among the sites closed in the Bay watershed are Fort McHenry in Baltimore, the Washington Monument in the District of Columbia and the Harriet Tubman Underground Railroad National Historical Park on Maryland’s Eastern Shore.

At other sites, parks have suspended visitor services, with exceptions for law enforcement and trash removal.

Among the changes announced in the Bay region’s national parks:

Trailhead facilities and other access points to the Appalachian National Scenic Trail have been shut down in the George Washington and Jefferson National Forests in Virginia to prevent groups from congregating.

After multiple sections of the popular footpath from Maine to Georgia drew large crowds in late March, the Appalachian Trail Conservancy issued an appeal to hikers to stay away until the risks of spreading COVID-19 to others has reduced significantly.

National forests remain open, but many campgrounds and facilities are closed. The George Washington and Jefferson Forests in Virginia  are still open for “dispersed camping and other activities that support social distancing and small groups,” according to a Forest Service release. For details on what’s open where, go here.