You have permission to edit this article.
Edit
Welcome, Guest
News
Travel
Columns
Opinion
Multimedia
Podcasts
About
Contact Us
e-Edition
Subscribe
Donate
1 of 3 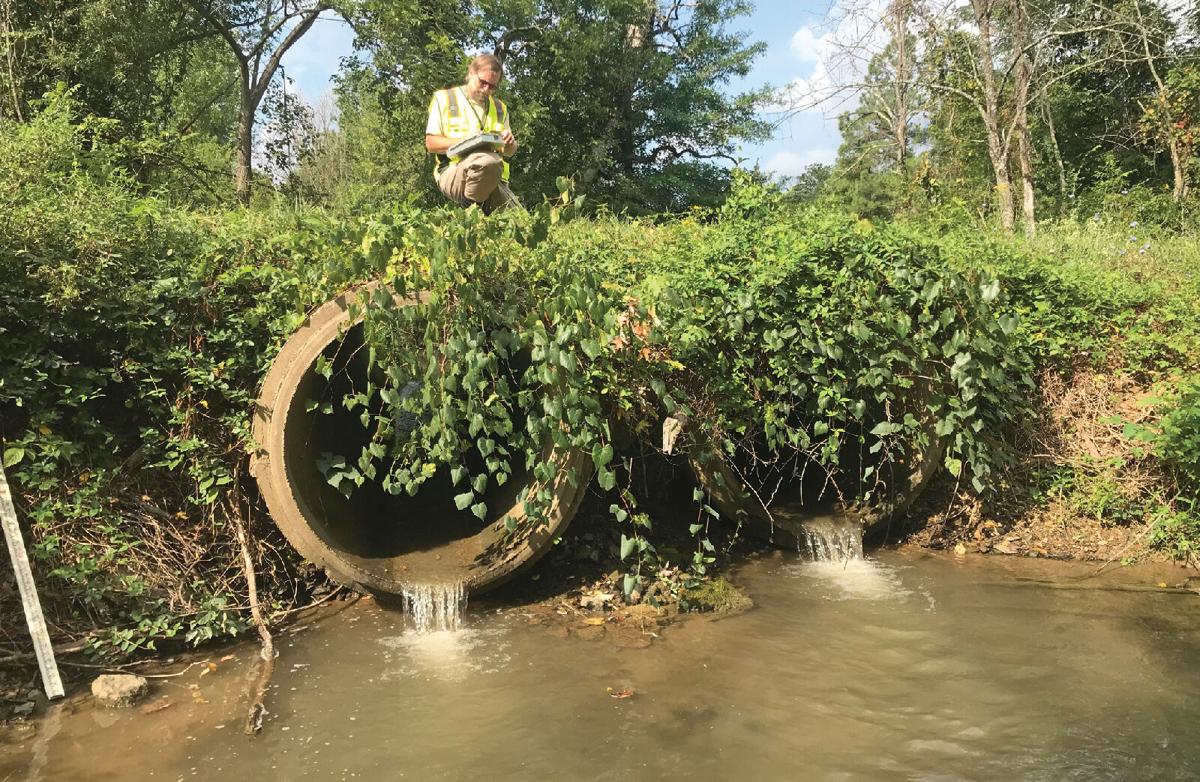 Small waterfalls from a culvert pipe mean that soil around the pipe has eroded and fish, salamanders and turtles can no longer move upstream. (Cacapon Institute) 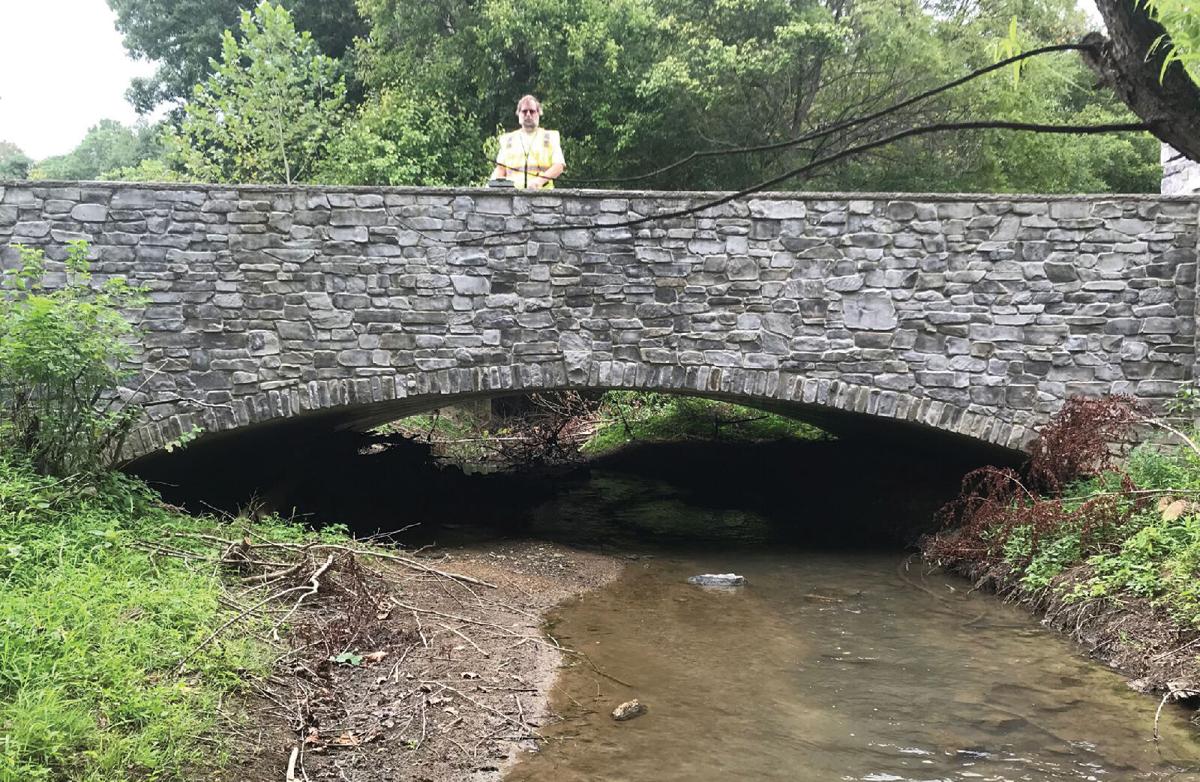 This stream crossing in West Virginia helps maintain the natural width of the stream channel, promoting fish passage and reducing the chance of a clogged opening that leads to floods, erosion and damage to infrastructure. (Cacapon Institute) 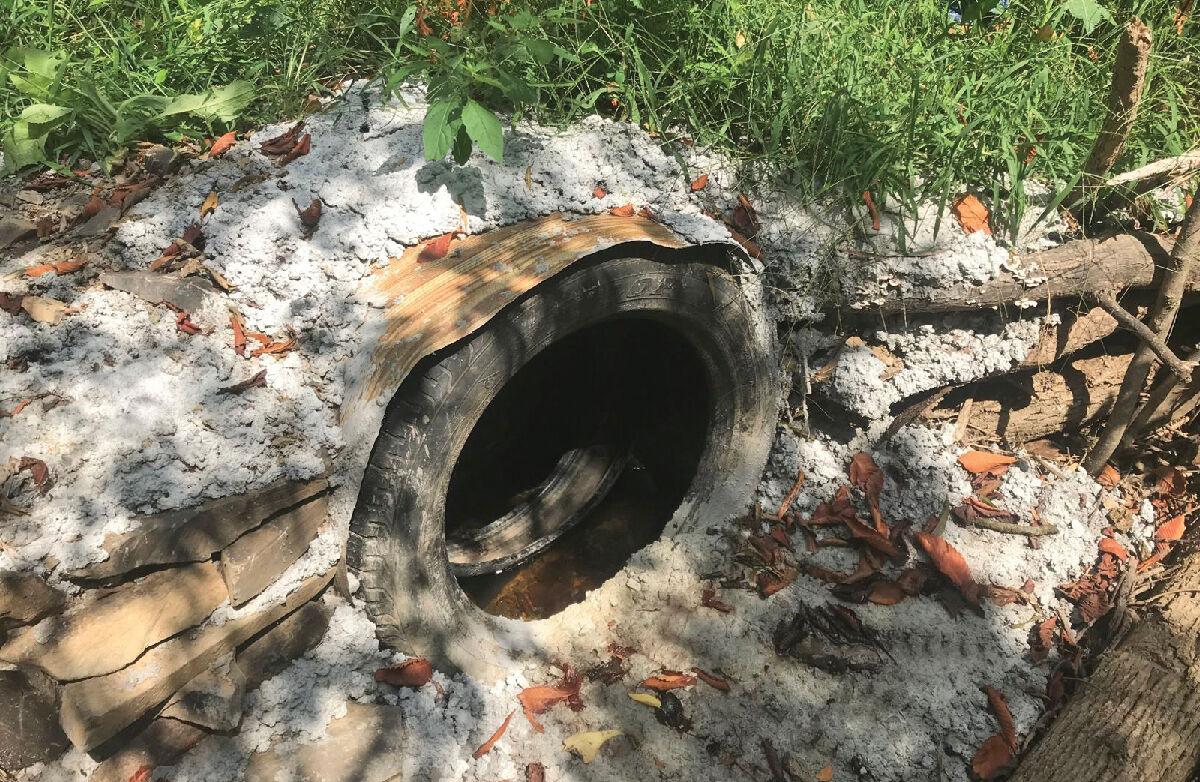 Corrugated metal pipes are often used to carry streams under roads because they are relatively inexpensive and easy to install. But they can lead to problems for both stream health and infrastructure. (Cacapon Institute)

There’s a rarely a waterway that doesn’t require a crossing at some point. But creating a crossing doesn’t just mean building a bridge or slapping on some asphalt or concrete to make a road. You have to make sure the water still has a way to move through.

Why? Well, in a large part so that fish can travel. But streams and creeks in the Chesapeake Bay region are also important to other aquatic plants and animals, and they send freshwater downstream to the Bay.

Safe fish passage has long been a concern across the Bay watershed, and for the past several years, officials in West Virginia have been making a push to tackle the issue. Not only have they been finding ways to design culverts that pass under roads so that they’re more fish-friendly, but they’ve also been searching out the roads where those culverts need improvement.

It’s not an easy task, considering there are about 37,000 miles of roads in West Virginia and about 7,000 bridges. That’s many hundreds of water crossings to check on.

The project is very much a work in progress, said Alana Hartman, the Potomac Basin

coordinator with the West Virginia Department of Environmental Protection. In fact, if you’re looking for culverts that have been reworked or replaced, there won’t be many. Yet. But it’s getting there. It’s just going to take time, energy … and funds.

West Virginia’s renewed interest in fish-friendly culverts first started about four years ago, when the DEP was working on its watershed implementation plan, outlining how it will meet pollution reduction requirements for the Bay’s 2025 restoration goals. The plan was up for a redo in 2017, Hartman said.

Culvert improvement projects came up as a way to draw people’s attention to the plan, she said. If they could get people energized about protecting fish habitats, particularly trout, it could in turn help get support for reducing nitrogen, sediment and phosphorus, the three main contributors to the poor health of streams, rivers and the Bay.

“The Chesapeake Bay agreement has a fish passage goal, so I thought if people cared about trout, then we could get their attention with a project like this,” Hartman said. “This seemed like the perfect fit.”

Putting a plan together

To jump-start her idea, Hartman asked Doug Kirk, an engineer with the West Virginia Division of Highways, to put together a presentation. The highway department has dealt with the issue as part of culvert replacement over the years. Although it wasn’t a requirement, the guidance from regulatory agencies —

going back to the 1970s and the Clean Water Act — was to consider fish passage when replacing culverts, Kirk said.

Culverts usually take the form of corrugated metal pipes that carry streams under roads. They’ve been used for more than 200 years because they’re cheap and easy to install when constructing a road over a waterway, according to Kirk.

But multiple problems arise from using these pipes. Debris and sediment often get trapped in and around them. In addition, when heavy rain causes a stream to flow harder than usual, pipes that are too small can send water out with such force that big “scour holes” are created downstream from the culvert.

Have you ever seen stream water flowing out of a pipe looking like a little waterfall? That’s not a good thing. It means that the soil around the pipe has eroded. And it’s a problem for fish and other aquatic life, such as salamanders and turtles, that need to swim upstream toward colder water in the summer. They can’t get where they need to go if the pipe is too high for them to reach.

The scour holes aren’t only an issue for wildlife. Over time, they can become so large that they undermine the roadway and cause another set of problems, Kirk said.

About 20 years ago, government officials began getting information from regulatory agencies such as the U.S. Army Corps of Engineers and U.S. Fish and Wildlife about how culverts should be designed, Kirk said. The ideal culvert would span the whole width of a stream or riverbank channel and be hydraulically designed to sit deep in the water. But the recommendations were designed with salmon in mind, which don’t exist in West Virginia. Salmon need to be able to swim upstream to propagate the species, so fish passage is pretty important, and states such as Washington and Oregon have taken big measures to improve culverts.

In West Virginia, though, “we really felt like they were taking something that didn’t apply, so there was a pushback then,” Kirk said. “But as time goes on, we’ve worked together and made progress.”

By 2007, the highway department was including instructions in its manuals on best culvert design practices. When a culvert had to be replaced, the ideal would be to measure the channel width and assign a culvert to match. Rather than a round pipe, it should be a rectangular concrete box, with the bottom of the box buried in the stream so that fish, rocks, sticks — everything — could pass through as if the culvert wasn’t there.

Over the years, the highway department has installed better culverts on an as-needed basis, Kirk said. And there have been some successes — in 2017, Trout Unlimited recognized the department for its efforts in upgrading stream crossings. This February, when a flood in the Kanawha Valley washed out some roads, Kirk recommended replacing a 4-foot metal pipe used as a culvert with a 12-foot concrete box culvert.

But many opportunities for improvements remain. There are a lot of culverts out there, on both private and public land. No one really knows for sure where they are and what condition they’re in. And the money is not always there to replace them.

“It’s gaining traction, we’re doing it more often, but it’s not the standard yet,” Kirk said. “While this is progress and while this is good for sustainability — and it’s certainly good for the Chesapeake Bay in that this should reduce sediment and impediments to animal migration — it doesn’t come without a cost.”

In 2018, the Chesapeake Bay Program funded a study to look at culverts and stream crossings in Berkeley County — specifically in the Tuscarora and Mill Creek subwatersheds, which eventually flow into the Potomac River. The Potomac is one of the main tributaries that bring freshwater into the Bay. The study was performed by the Cacapon Institute, a West Virginia-based nonprofit that protects rivers and watersheds.

The institute sent staff into the field to document culverts. Everywhere a road crossed a stream, it was given a score to help determine which culverts needed replacing. The information was entered into a database run by the North Atlantic Aquatic Connectivity Collaborate, which provides protocols for assessing road-stream crossings (culverts and bridges) for fish and wildlife passability as well as culvert conditions.

Over the last few years, as part of the study, project manager Zachary Norris has surveyed hundreds of culverts. He and his team have seen culverts of all sizes and designs, including some that definitely needed improvement — such as one constructed of tires, wood and concrete with no water flowing through it. Overall, 85% of the stream crossings surveyed had minor, insignificant or no barriers. But 15% had issues.

Norris and his team came across one elderly farmer in Gerradstown who remembered white suckers that once came up a stream onto his property. As a child, the man and his brother would catch the fish in nets every summer, but the fish stopped coming. After poking around, Norris discovered a “really old looking” culvert about a mile away with a drop, which seemed to explain the disappearance.

What makes the best fish-friendly crossing?

The best kind of stream crossing would

be a bridge that spans the whole stream or riverbank, allowing water to flow freely below it. Next best is a single culvert that has its invert, or bottom, buried about a foot below the streambed. Sizing of the culvert matters — the correct fit means less maintenance, less erosion and less debris building up.

“In a perfect world,” Norris said, “every culvert would be open bottom. If it’s open bottom, it’s a natural stream bottom.”

The study has generated great data, and officials started putting together a list of the best culverts to replace, Hartman said. Then COVID-19 hit, and the focus was temporarily put aside. Still, using surplus grant money from the Chesapeake Bay Trust, Norris was able to extend his surveying and gather twice as much data.

“From my end, we wanted a list of great projects for the future,” Hartman said. “We have the perimeters. We have the methodology. It’s a matter of finding the problems.”

Norris said he’s hoping to get more people across the state onboard with a grassroots effort to get all culverts and water passages surveyed. He sees it as a good tool for the highway department as well as for other agencies who want to be more fish-friendly.

And from there, it becomes a matter of funding.

“It’s a matter of priorities,” Kirk said. “Us upstream states, it’s our Bay, too — a portion of our state drains to it. We need to join in the stewardship of the Bay so we can all make it better.”

The Cacapon Institute says that these stream-crossing guidelines used in Connecticut not only support fish passage but increase resiliency to high flows and should reduce maintenance costs for the crossings and nearby infrastructure.

Kim O'Brien Root is a freelance writer based in Virginia.