You are the owner of this article.
Edit Article Add New Article
Welcome, Guest
News
Travel
Columns
Opinion
Multimedia
Bulletin Board
About
Contact Us
e-Edition
Subscribe
Donate
1 of 6 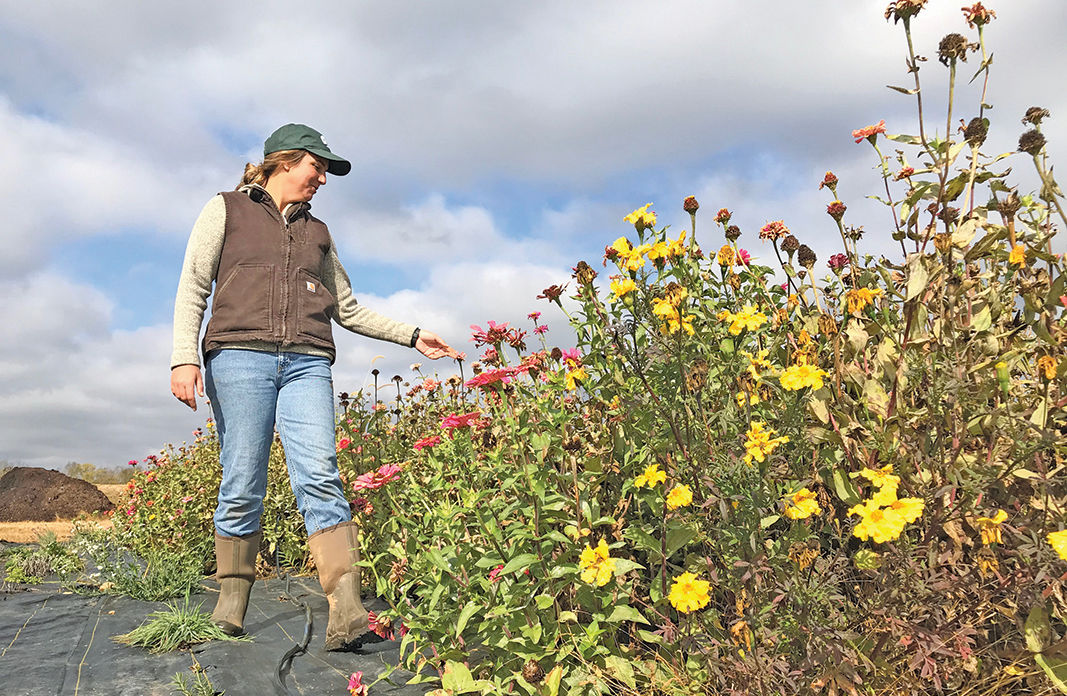 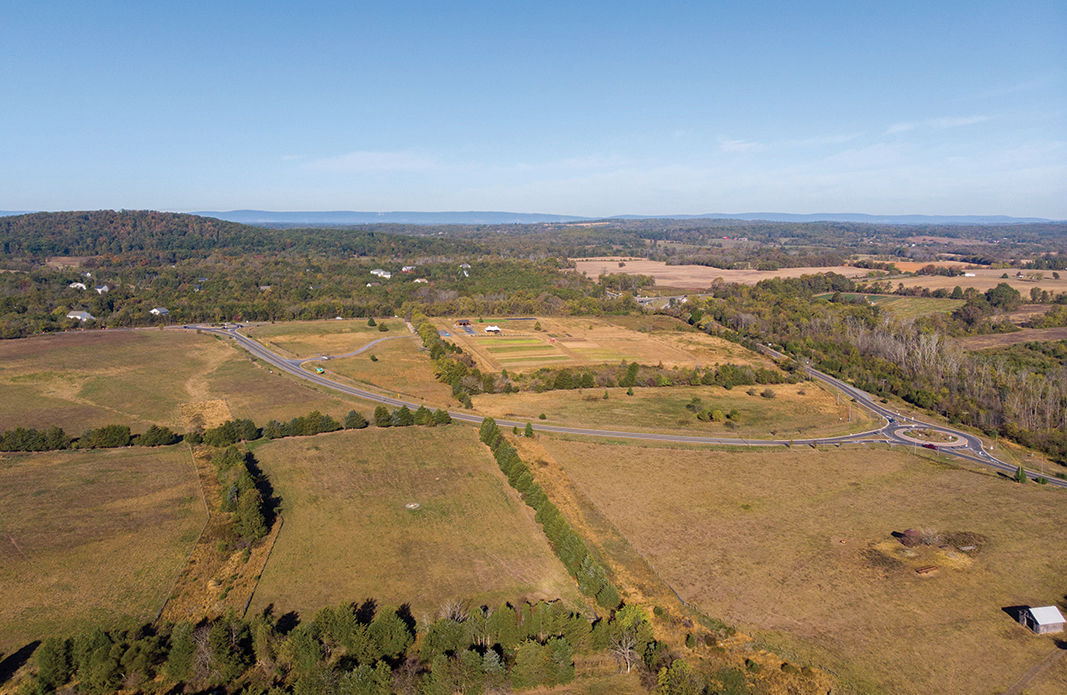 Roundabout Meadows farm lies in the middle foreground of this photo, with the vegetable garden standing inside a triangle created by three traffic circles. 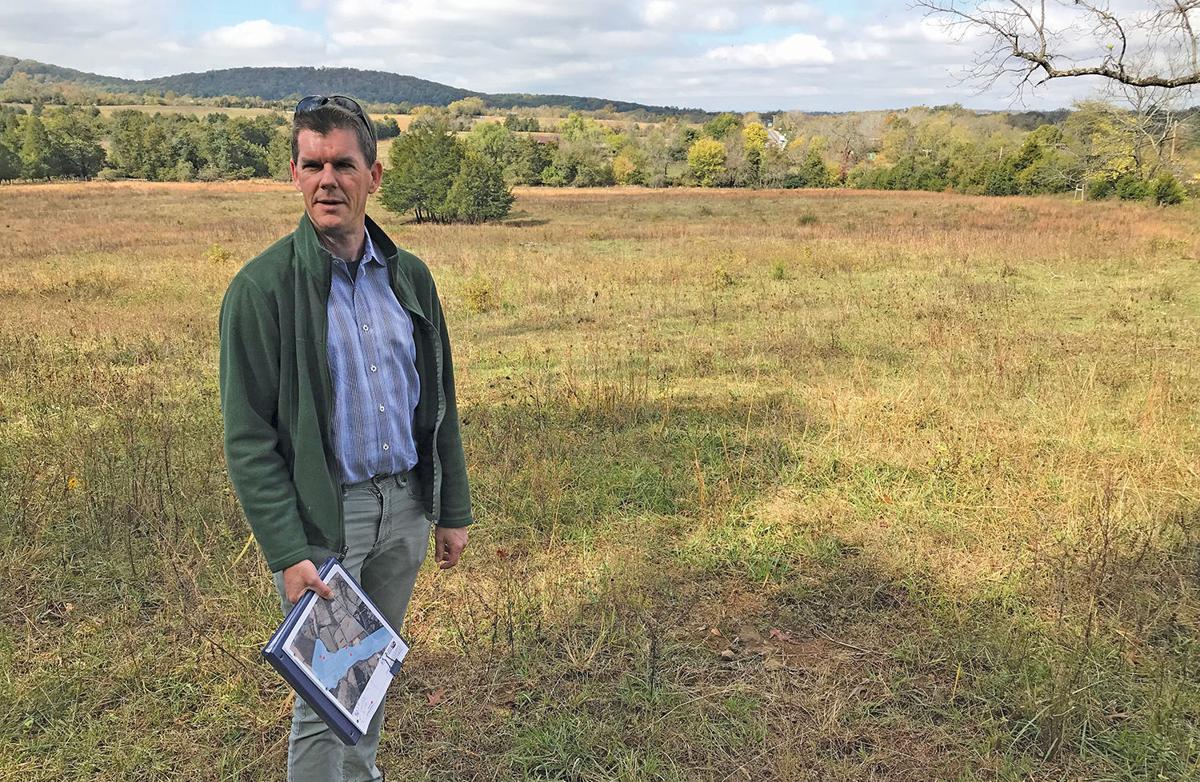 Michael Kane, director of conservation for the Piedmont Environmental Council, stands where cattle graze at Roundabout Meadows, the nonprofit’s farm. 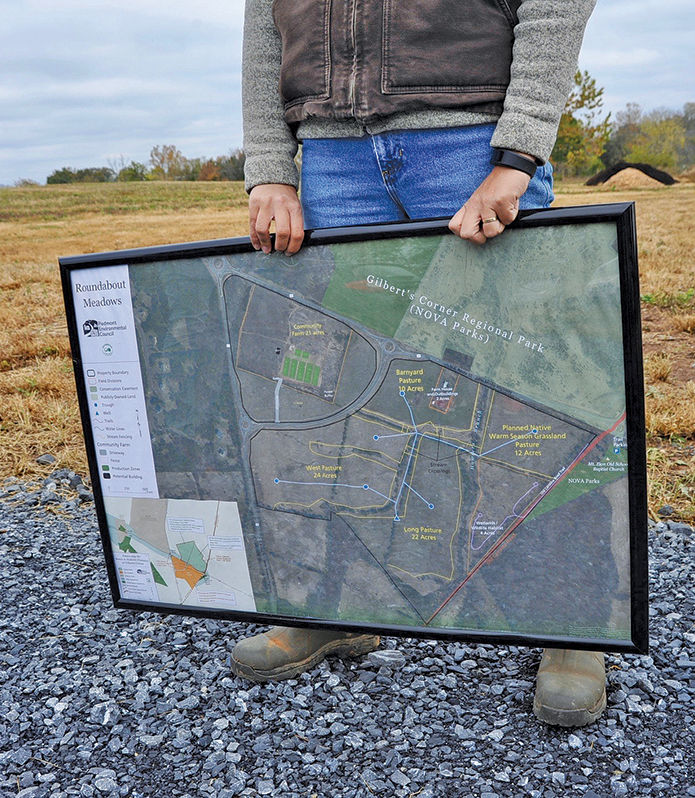 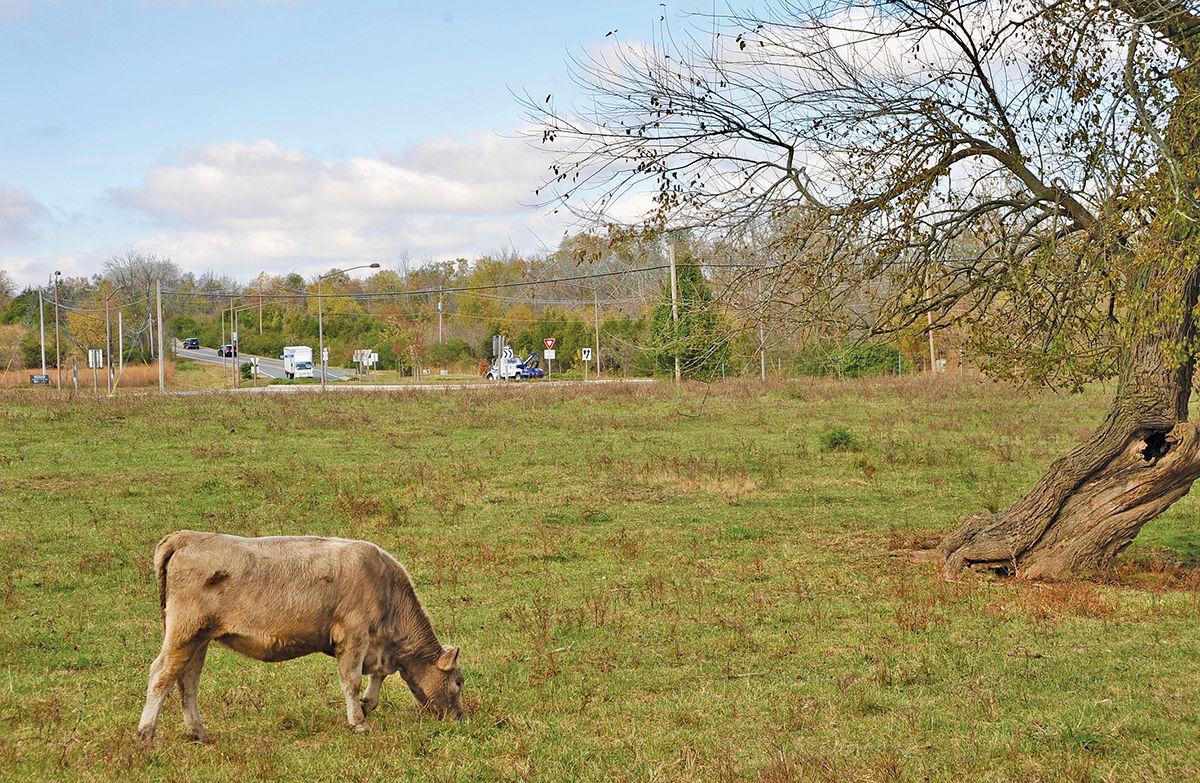 A cow grazes as traffic rumbles past the Roundabout Meadows farm on Route 50 in Northern Virginia. 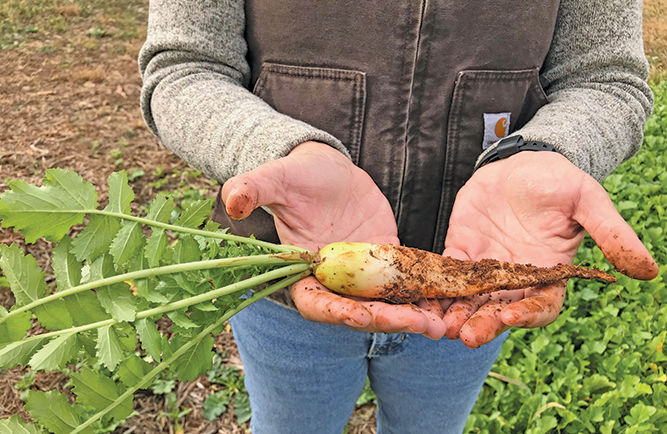 The days are turning chilly, the sunshine dwindling. A few dozen yards away, one of the busiest intersections in this part of Northern Virginia drowns out nature’s notes with a soundtrack of jake brakes and roaring engines.

But against this hostile agricultural backdrop, several rows of eggplants, tomatoes and radishes soldier on — the final fruits of a harvest that hardly anyone saw coming.

“I’ve been working on this since 2006, and people said, ‘You’re never going to be able to do it,’” recalled Michael Kane, director of conservation for the Piedmont Environmental Council, a group founded in 1972 with an advocacy presence in nine western Virginia counties. “We changed what was inevitable.”

A decade ago, the property’s fate seemed all but sealed. Developers were poised to transform what was then a rolling cattle pasture into 66,000 square feet of commercial space and more than a dozen residences.

But that transformation never took place. Instead, Kane and his organization are wrapping up the inaugural growing season at Roundabout Meadows, a community farm tucked into a 40-acre triangle of land created by a trio of traffic circles. The only notable structure on the property is a red, painted equipment barn.

How did they do it? With lots of community support, private donations, a broad coalition of political allies and the help of Virginia’s conservation incentives.

“We used just about every mechanism possible,” Kane said.

The 25-year effort that made the farm possible is a rare case study in the Chesapeake Bay watershed that shows how a concerted movement can thwart relentless sprawl.

The conservation group owns 141 acres on the southeast corner of U.S. Routes 50 and 15 in Loudoun County, and its vision for the site is beginning to take shape.

In its first year, the group planted just less than 2 acres of crops, a motley assortment of grocery store staples (watermelons, peppers, squash, etc.) with a few oddities sprinkled in (tomatillos).

Next spring, it plans to expand to 3 acres. The eventual goal is to use the entire 8 acres within the deer fence on the 40-acre triangle.

As for the balance of the acreage, a little more than 60 acres is leased as pasture and contains about 50 lolling cows. The grass expanse is managed under a newly developed rotational grazing plan aimed at restoring pasture forage while improving soil health.

A 4-acre tract in the far southeast corner consists of a wetlands preserve with a public walking trail.

The council also was instrumental in preserving the rural character of the intersection’s northeast corner by selling 68 acres there to become a nature park.

Last year, the group hired Dana Melby, a former Virginia Tech field research specialist, to manage the community farm portion of the property. Unlike traditional farms, Roundabout Meadows relies on volunteers for most of its labor and donates the fruits and vegetables it grows to local food banks.

Melby said the strategy was inspired by the Fauquier Education Farm, a Warrenton, VA-based nonprofit created in 2010 that uses the same model. The Fauquier farm took organizers from the Piedmont group under its wing for a year, dispensing advice and sharing behind-the-scenes glimpses of its operation.

In all, Roundabout Meadows grew about 6,000 pounds of produce for food banks. Community nutrition programs struggle to come by such fresh foods because they often spoil too quickly when obtained from restaurants and grocery stores, Melby said.

Opening the farm to community labor — and attracting about 400 volunteers in 2019 — helps to connect the surrounding suburban population to the area’s rural roots, she said. Over the last few decades, those roots have become covered with a suburban mixture of Harris Teeter grocery stores, subdivisions and strip malls.

Since 1990, Loudoun’s population has more than quadrupled, from 90,000 to 400,000 residents. It also is routinely ranked as the most affluent county in the United States, with a median household income north of $125,000.

Much of the county’s fair economic winds, observers say, hail from the Washington, DC, metro area, where many of Loudoun’s residents are employed. The county also receives a sizable boost from being home to Dulles International Airport, as well as the office parks and corporate headquarters.

Loudoun has evolved in some ways into two separate geographies: a frenetic eastern side and bucolic western frontier, with Roundabout Meadows at the fulcrum, Kane said.

The junction of the two U.S. highways is known as Gilberts Corner, named after the owner of a gas station and restaurant that once stood on the northeast corner. It is now a popular farmers market.

Growing traffic headaches led the Virginia Department of Transportation in 1994 to propose building a lengthy highway bypass and transforming the two-lane roads at the intersection into six– or seven-lane highways. Within a year, the Piedmont Environmental Council and four other local nonprofits formed the Route 50 Corridor Coalition to advocate on behalf of the area’s preservation.

The coalition sponsored a traffic-calming study that included the proposal for roundabouts at the intersection. The plan drew broad community support and cost a fraction of the price tag for VDOT’s proposal — $17 million instead of $450 million.

When the roundabouts opened in 2009, rush-hour backups became a thing of the past, Kane said. Before the land on the southeast corner could be developed, a group of more than two dozen residents led by council board member Scott Kasprowicz purchased the property in 2013. The partnership then donated it to the council.

Roundabout Meadows isn’t just a farm, according to the group. It’s an environmental case study.

Agricultural production represents the single largest source of nutrient and sediment pollution in the Chesapeake Bay, experts say. One of the main targets of the federal and multistate Bay cleanup is getting farmers to adopt conservation measures to reduce polluted runoff.

Formerly, cows had the run of the property, including a stream called Howsers Branch. The cattle routinely defecated in the water and trampled its banks to a muddy pulp. When council staff members tested the water, it revealed exactly what they feared: extremely high levels of the bacteria E. coli, especially after hard rains.

That was a concern not only for the livestock drinking directly from the stream but also for humans because the waterway eventually empties, by way of two downstream creeks, into Beaverdam Creek Reservoir, a source of drinking water in the region.

A grant from the Loudoun Soil and Water Conservation District covered most of the $130,000 cost for fencing to keep the cows out of the stream. Since then, water quality has improved dramatically, said Julie Bolthouse, a council staff member who has monitored Howsers Branch.

“We still see some spikes [in E. coli], but we never see the spikes like we had before the fencing,” she said.

Kane added: “That’s the beauty of doing this project. We can bring people here and show them Julie’s data and say, ‘See, this really works.’ ”

Jeremy is a staff writer based in Maryland.