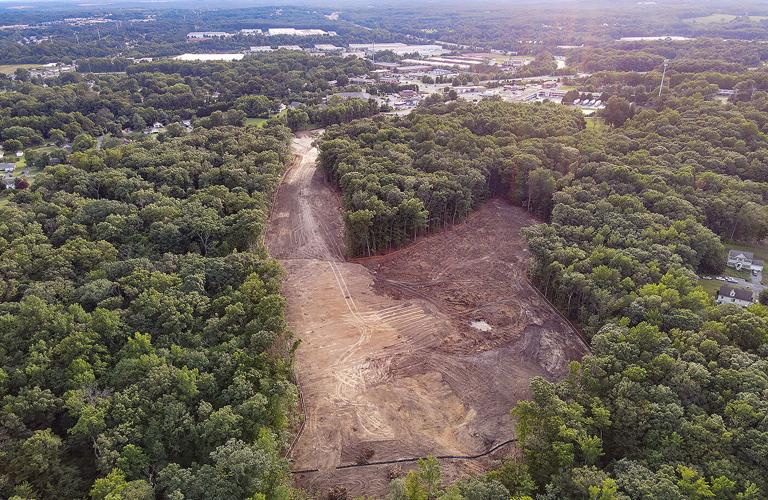 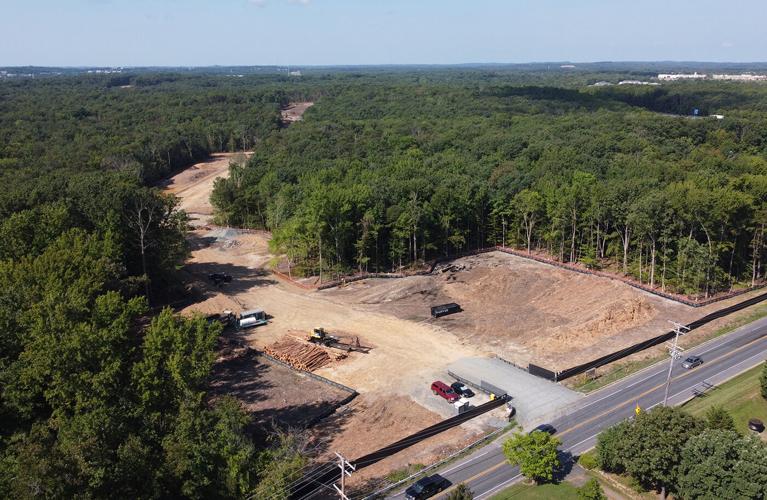 Forest-clearing is under way at Abingdon Woods in Harford County, MD, as shown here on Aug. 30, 2022. (AJ Metcalf/Chesapeake Bay Foundation)

Residents and environmentalists fighting to stop a developer from clearing a forest in Harford County, MD, have won their day in court, but it has come too late to spare the 326-acre tract from the bulldozers.

In what the Chesapeake Bay Foundation hailed as a landmark ruling, the Maryland Court of Appeals declared Aug. 26 that a developer’s forest conservation plan can be challenged in court.

The decision by the state’s highest court revives a lawsuit brought two years ago by the Bay Foundation and five Harford residents over plans for a business park along Interstate 95 in what locals call Abingdon Woods. It is one of the largest unprotected patches of forest left in that heavily developed area near the head of the Chesapeake Bay.

In their lawsuit, the foundation and residents argued that the plan, which Harford County had approved, failed to comply with Maryland’s 1991 Forest Conservation Act. They noted, for instance, that county officials had authorized the developer to cut down 49 of the 85 largest trees on the site, despite the law’s requirement to minimize removal of large “specimen trees.”

Harford County Circuit Court Judge Diane Adkins-Tobin dismissed the case in 2020, ruling that even though the county had approved the developer’s forest plan, it could not be challenged in court then because the county had not given final approval to the overall project. The state’s intermediate appellate court upheld the judge’s decision. But by a 4-3 vote, the Court of Appeals overturned it, sending the case back to Circuit Court.

The Bay Foundation hailed the decision, saying it enables citizens, community and nonprofit groups and others to go to court to appeal locally approved plans for developing forested sites, even if the rest of the project remains under review.

The state’s highest court has “recognized the importance of the state’s forest protection law and ensured attempts to bypass the law can be easily challenged in court,” said Bay Foundation lawyer Paul Smail.

For Tracey Waite, a climate activist and member of a local coalition fighting to save Abingdon Woods, it was a bittersweet victory.

“We’re really delighted with the results and the decision,” she said. “We are hoping this becomes an important tool that other people can use when they’re fighting the type of development we’ve been opposing.”

But the county earlier this year issued a grading permit authorizing clearing of 77 acres at Abingdon Woods. Aerial photos taken recently by project opponents show that work is well under way.

Earlier this summer, the Bay Foundation filed for an injunction to halt the clearing while the appeal was pending, but the same judge denied it. She also denied injunctions sought by the Gunpowder Riverkeeper and other residents in a pair of lawsuits, still pending, that challenge the Maryland Department of the Environment’s approval of permits to disturb wetlands and cross a stream flowing through the site.

The Bay Foundation’s lawyer said the plaintiffs are “evaluating next steps and keeping all of our options open.”

“There is still a lot of forest out there to conserve,” Smail added, “including a good number of specimen trees that are not covered by the current grading permit.”

Harford County officials won't withdraw that permit while the legal challenge to the forest conservation plan proceeds, county spokesperson Cindy Mumby said. But she added that "we will follow the law and any applicable rulings."

The same judge is likely to hear the revived lawsuit, Waite noted, so she figures opponents will have to appeal again if they hope to prevail. And even if they succeed in getting the developer’s forest conservation plan thrown out, she fears that what’s being lost will be irreplaceable, at least for the foreseeable future.

“I don’t know how much you can appeal something when there’s no forest left,” she said. “How can you mitigate something as complex as a forest? You can’t just plant trees and wait 50 years … Really, we’re denied our day in court even if we get a day in court if they keep cutting down trees.”