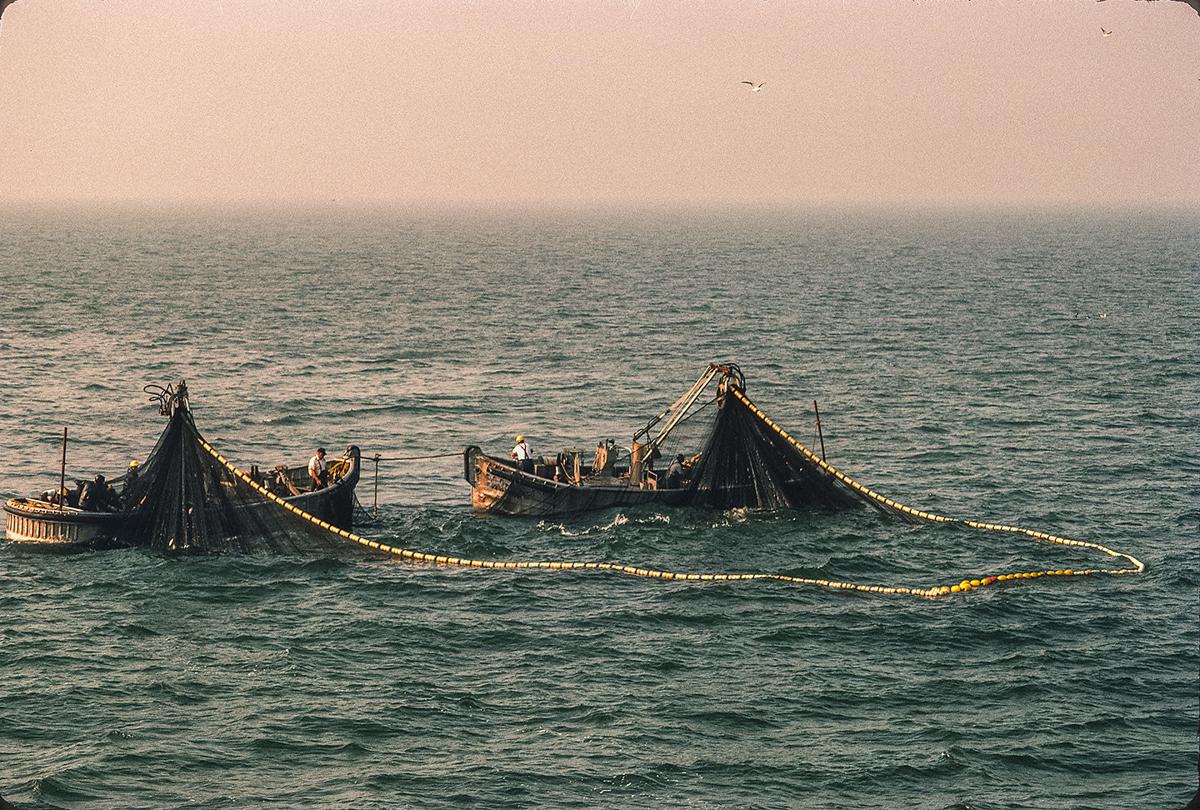 The Virginia Marine Resources Commission has adopted a new regulation that requires this year’s Bay menhaden harvest be cut by nearly half from what it was in 2019. 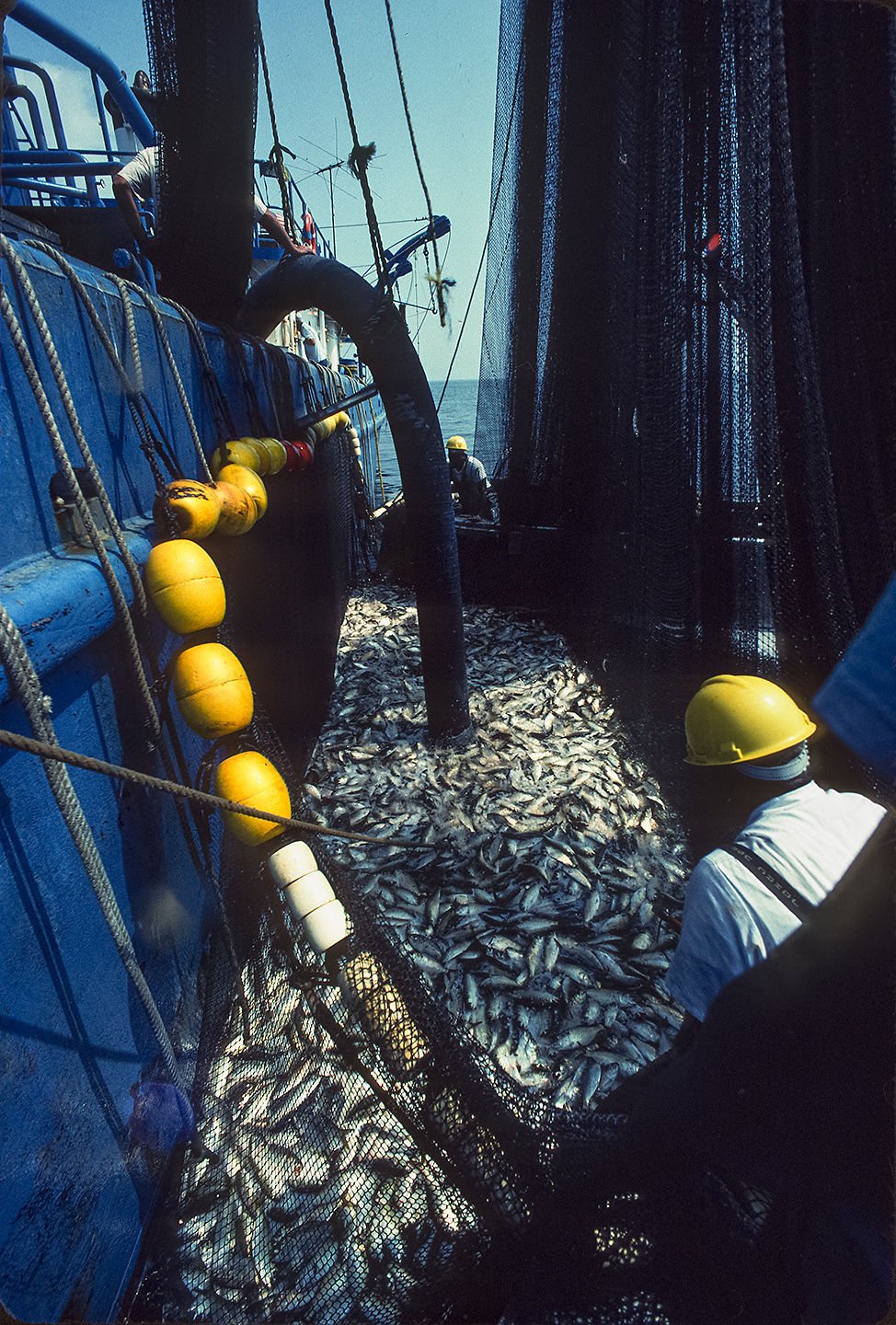 The Atlantic States Marine Fisheries Commission, which regulates recreational and commercial harvests of migratory fish from Maine to Florida, has capped the Chesapeake Bay menhaden harvest since 2006 for the benefit of other species.

The purse net fishing season for Atlantic menhaden kicked off May 4 in Virginia, but with a much-reduced limit on how many of the commercially and ecologically valuable fish can be taken from the Chesapeake Bay.

The Virginia Marine Resources Commission unanimously adopted a new regulation last week that requires this year’s Bay menhaden harvest be cut by nearly half from what it was in 2019. The move, which affects just one company’s fishing fleet, was made to head off a federal shutdown next month of all menhaden fishing in the state.

In December, U.S. Commerce Secretary Wilbur Ross had declared Virginia out of compliance with an interstate fishery management plan that caps the Bay harvest of menhaden at 51,000 metric tons per year. He imposed a moratorium on fishing for menhaden in state waters effective June 17.

That federal action came after a fishing fleet working for Omega Protein Corp. netted 67,000 metric tons of the fish from the Bay last year, more than 30% more than what it was permitted to catch.

The Atlantic States Marine Fisheries Commission, which regulates recreational and commercial harvests of migratory fish from Maine to Florida, has capped the Chesapeake Bay menhaden harvest since 2006 for the benefit of other species. The small oily fish are a food source for other fish, including striped bass, a valuable commercial fishery and popular recreational catch.

Omega, a division of a Canadian fishing company, has a processing plant in Reedville, VA, that “reduces” menhaden into animal feed and nutritional supplements. Its seven fishing vessels account for about three-fourths of the fish taken along the entire East Coast, and it is allowed to take 90% of the overall harvest permitted in Virginia. The rest of the state’s catch is sold for use as bait in other fisheries.

The company said last year that it had exceeded the Bay cap because rough weather had made it unsafe to pursue the fish in Atlantic waters.

But Omega has long challenged the basis for the Bay catch limit. It maintains that there is no scientific justification for the cap, and a company spokesman last week referred to previous statements by commission officials acknowledging that.

A scientific review in 2017 found that the entire East Coast menhaden stock was not overfished, and the commission at that time increased the allowable catch in coastal waters. But it reduced the Bay catch at the urging of conservationists and recreational anglers.

While there has been no study specifically to study menhaden population in the Bay, there have been studies linking the abundance of menhaden in the Chesapeake to the fish that feed on them, particularly striped bass.

Technically, Virginia had been out of compliance since 2018 with the interstate commission’s menhaden management plan because it did not adopt the lowered Bay harvest cap. The state’s General Assembly retained authority to regulate menhaden and refused repeatedly to pass legislation imposing the lower limit. The Atlantic States commission held off taking enforcement action but declared the state out of compliance once Omega exceeded the cap.

Threatened with the federal moratorium, state legislators voted earlier this year to transfer authority over menhaden to the Virginia Marine Resources Commission, which regulates all other fisheries. The state commission then crafted new rules for the menhaden fishery, including the lower Bay harvest cap.

“After years of advocacy, finally the largest fishery in Virginia is being managed by experts at the VMRC, just like every other saltwater fishery in the state,” Moore said last week in a statement.

After the VMRC vote on Tuesday, April 28, Commissioner Steven Bowman praised its “swift and decisive action” to bring the state into compliance. It avoided a moratorium that would have hurt not just Omega, but the bait fishery and all other fisheries that depend on menhaden for bait.

“We strive to be a conservation leader,’’ Bowman said, “and we will continue to manage this fishery based on the best available science to ensure a healthy future for the coastal communities who depend on sustainable fisheries and a healthy Chesapeake Bay.”

Bowman had asked the interstate commission if the makeup catch reduction could be spread over two years. But he was informed that federal rules do not permit that.

The VMRC reported its action to the Atlantic States commission, which on May 14 notified the Commerce secretary that Virginia was no longer out of compliance with the interstate menhaden management plan.

If Ross agrees, he will notify both Virginia and the interstate commission in writing that the moratorium is withdrawn, effective immediately, according to John Ewald, spokesman for the National Marine Fisheries Service, part of the Commerce Department.

“We’re going to put our seven fishing vessels … out on the water Monday, weather permitting,” he said.

Meanwhile, Landry said, the company “remains hopeful that the [Atlantic States commission] will one day review the usefulness and fairness of the Chesapeake Bay cap.”

Who is getting paid off by the OmegaProtein lobby ?? We need to get to the core problem . Stop purse netting menhaden .