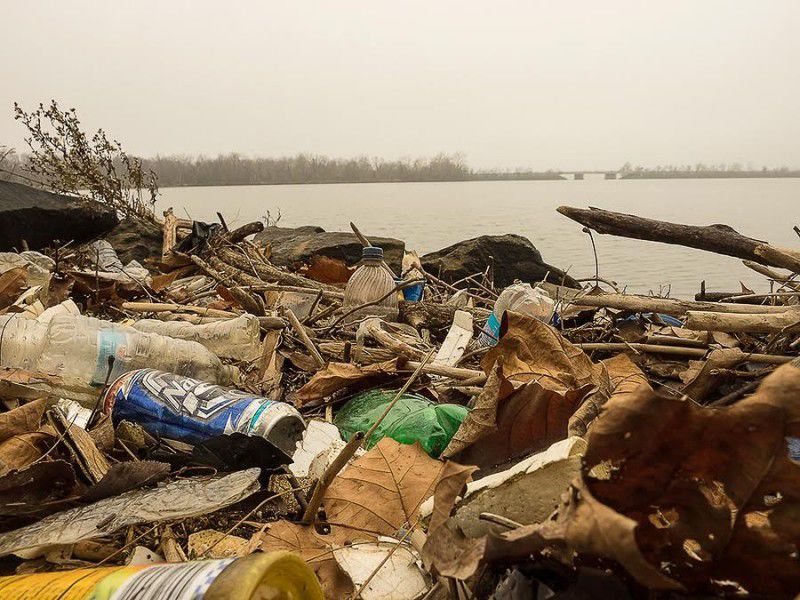 Plastic debris like this breaks down in the environment into smaller and smaller bits. 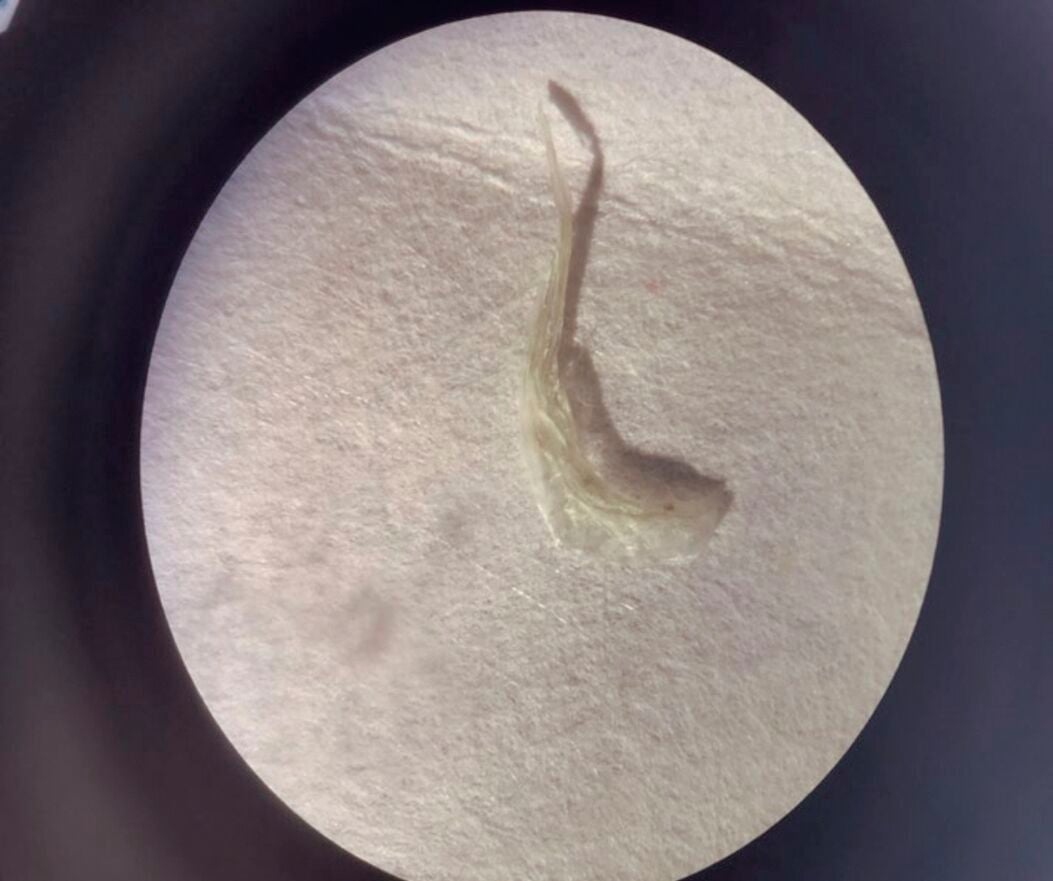 A microplastic fiber found in the stomach of a smallmouth bass in the Susquehanna River. (Tommy Bluj / Susquehanna University)

Increasingly, as enormous flotillas of plastic waste drifting through the ocean continue to make news, the world is learning that it is awash in plastic. It’s even showing up in the Antarctic and in all manner of water organisms, from tiny zooplankton to whales.

Still, there was plenty of shock value when the stomachs of 89 smallmouth bass sampled from the mainstem of the Susquehanna River in Pennsylvania in 2019 each contained an average of 29 pieces of microplastics — tiny bits of plastic about the size of a grain of rice or smaller.

When students from Susquehanna University picked apart the stomachs of the Susquehanna’s prized gamefish, they found the usual crayfish, insects, hellgrammites and smaller fish — even bullfrogs and a chipmunk. But also filling the guts were bits of clear and colored plastic.

The most common microplastics pulled from the fish innards were microscopic fibers, which could come from synthetic clothing, twine, plastic straws, tarps, diapers, wipes, fabrics or cigarette butts.

The microplastics, eaten by smallmouths mistaking them for food, had drifted into the fish’s gills or were already inside ingested prey.

“When I saw the numbers, it was staggering,” said John Zaktansky, the Middle Susquehanna Riverkeeper.

The Susquehanna University study, which had the cooperation of the Pennsylvania Fish and Boat Commission and state Department of Environmental Protection, called the findings of so many microplastics inside the bass “alarming.”

Where did all of those bits of plastic come from? The Susquehanna study did not attempt to track down local sources.

In general, microplastics come from bits breaking off from larger plastics as the items slowly degrade in water, a process that can take over hundreds or thousands of years. They reach the water in many ways. Some travel by way of sewage treatment plants, which are not designed to remove microplastics. According to the state-federal Chesapeake Bay Program, there are 516 major sewage plants in the Bay region, and a study found that each releases an average of 4 million microplastics a day.

Stormwater runoff, which carries plastic bottles and other debris, is another source. So is farmland runoff and direct littering from people on waterways.

Microplastics are also being whisked up in the air, where they may travel long distances before falling back to earth or washed out by rain. In a study published in the June edition of Science, researchers sampled the air and rain at 11 national parks and protected areas in the western United States over a period of 14 months and found an amount of microplastics equivalent to 120 million plastic water bottles.

In August, a study by researchers at Arizona State University announced the first evidence that microplastics are found in human organs. The scientists analyzed 47 tissue samples from kidneys, lung and livers and found microplastics in each one.

Not so shocked by the plastic in the Susquehanna fish was John Arway, former director of the Fish and Boat Commission who had long sought — unsuccessfully — to have the Susquehanna River officially declared impaired because of a declining and sick smallmouth population.

Plastics, he noted, have become ubiquitous both on land and water. “It’s just an artifact of society now. And fish will eat just about anything they can capture.”

One obvious question is: Is all of that plastic floating around harming the Susquehanna’s smallmouths or other fish and organisms in the Chesapeake Bay drainage? After all, fish don’t digest plastic, and any toxic substances within or absorbed by the plastic may accumulate inside the fish. At the very least, it may give fish a false sense that they are full, inhibiting them from eating enough.

The jury is still out on whether fish and other organisms are harmed by microplastics, though scientists are scrambling to do the research. Most microplastics studies to date involve saltwater rather than freshwater ecosystems.

Both the DEP and Fish and Boat Commission declined to comment on the findings. Spokesmen for both said they had not yet read the full study. “We are interested in the results if the findings reveal a threat to aquatic life,” said the commission’s Mike Parker.

Jonathan Niles, who headed the smallmouth study and is director of Susquehanna University’s Freshwater Research Institute, certainly would like to know more about the potential for harm.

“Anything that is unnatural is cause for concern,” he said. “We don’t want things like that accumulating in our fish. From an ecologist’s standpoint, it’s really sad.”

A 2017 study in the Potomac River around Washington, DC, found microplastics accumulating in underwater grasses. In 2014, they were found in 59 of 60 water samples taken from the Patapsco, Magothy, Rhode and Corsica rivers. From 2017–18, the U.S. Geological Survey found microplastics in two streams in Virginia, two in DC and the Susquehanna River.

In April 2019, these and other studies led to a gathering of concerned scientists, government officials and environmental groups at a workshop on microplastics research in the Bay region.

The Bay Program’s Scientific and Technical Advisory concluded there was sufficient information to show that plastic pollution was harming “ecosystem health and aesthetics” and drafted five “urgent” recommendations that it asked the Bay Program and participating states to adopt immediately.

In June, the Bay Program launched a Plastic Pollution Action Team, which is working on establishing a full ecological risk assessment of microplastics in the Bay watershed. A first effort may focus on effects of microplastics on striped bass in the Potomac because it has a lot of freshwater and saltwater habitats, and multiple possible pollution sources.