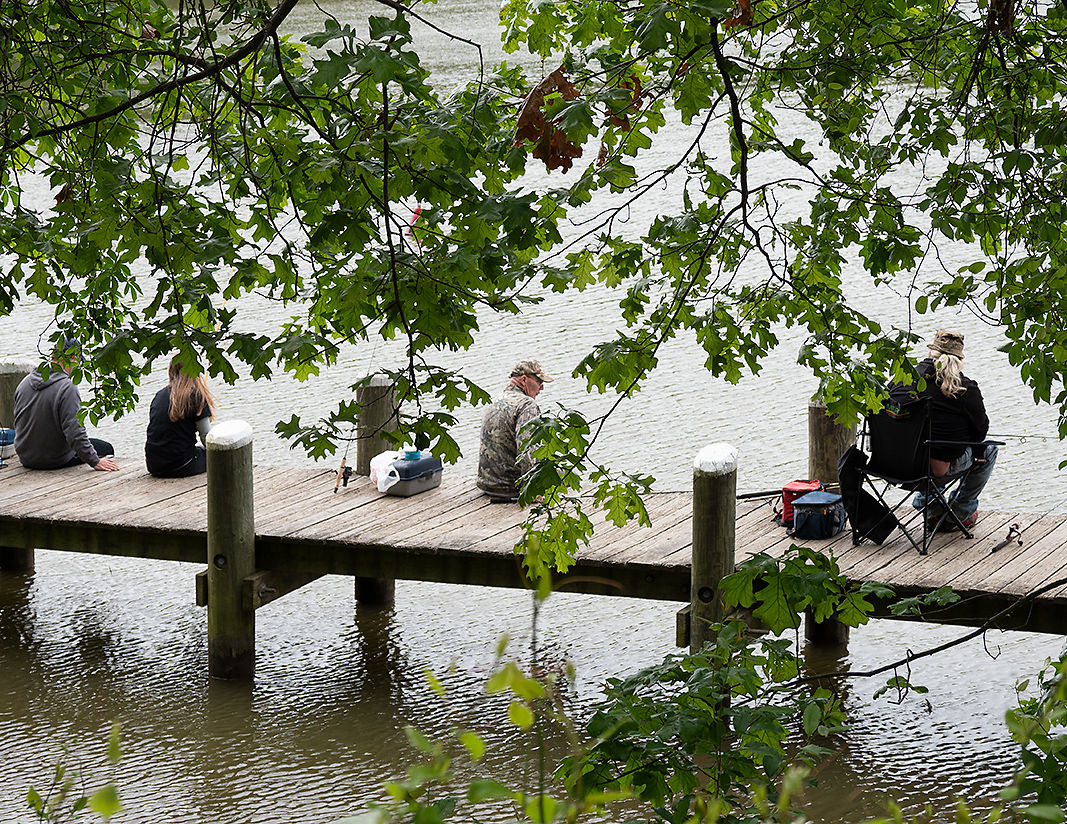 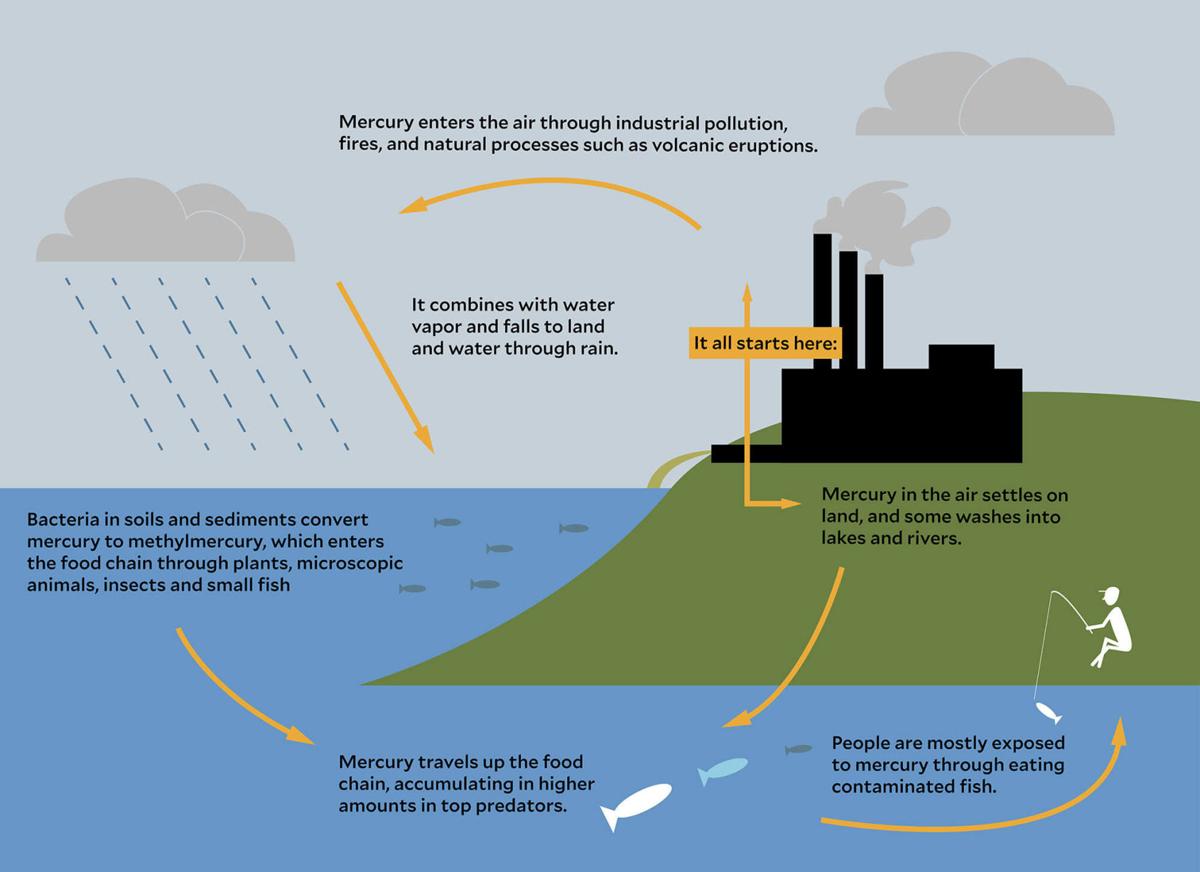 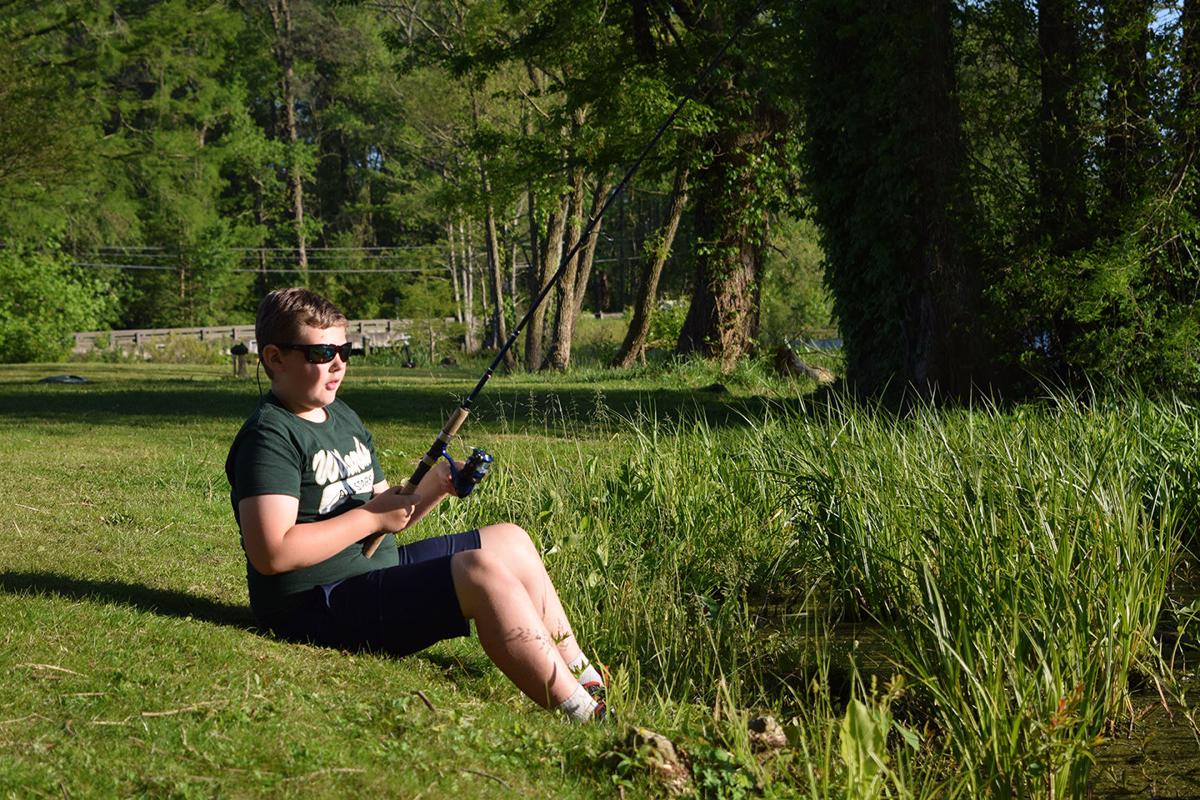 A young angler plies the waters on Maryland's Eastern Shore.

Nearly half of all gamefish in freshwater lakes, streams and rivers in the Chesapeake Bay watershed may be unsafe to eat because of high levels of mercury, a new study suggests.

In the first study to examine mercury across a spectrum of fish in the six-state region, scientists found that the pollutant remains prevalent in the environment in its most toxic form despite years of declining mercury emissions.

The totals vary widely by location, a possible indication that local conditions are raising or lowering the risk of contamination, according to the research conducted by three U.S. Geological Survey scientists.

“Our goal here was to really do a first cut of what we saw across the landscape,” said Collin Eagles-Smith, a USGS research ecologist. “Hopefully, that can be a springboard for future studies to get a better sense at why.”

The study centers on the type of mercury that is most toxic to humans: methylmercury. The neurotoxin is formed when inorganic mercury interacts with certain bacteria. It is particularly harmful to fetuses and children, potentially leading to intellectual deficits and problems with motor skills.

In the Chesapeake Bay watershed, mercury is the main trigger for fish-consumption advisories. Coal-fired power plants and trash incinerators are the largest sources of the pollutant in the region, scientists say. Once released into the air, mercury can travel great distances before getting deposited into waterways through rainfall or as a gas.

The Chesapeake watershed’s mercury levels — with 45% of all fish in the study exceeding the consumption standard — are similar to those found in many parts of the country, the authors say. The findings underscore the importance of checking for public health advisories before eating any wild-caught fish, said James Willacker, the study’s lead author.

“I would pay attention to your public health officials and be as informed as you can about the information they’re providing,” he said.

The USGS researchers culled fish contamination records from two sources: a study conducted by the agency in the watershed from 2013–17 and state monitoring programs with reporting dating as far back as 1990.

Together, the collections contained measurements from nearly 8,000 fish caught in 600 locations.

The researchers found that the basin with the highest mercury concentrations was the Susquehanna. More than half of the basin’s freshwater areas ranked among the most toxic spots across the Chesapeake Bay watershed, which stretches from Virginia Beach, VA, to Cooperstown, NY.

Next was the Potomac, where 18% of waters landed in that tier. No water body outside of the Potomac and Susquehanna drainage areas fell into the most-polluted category. In contrast, at least half of the water bodies in the James, Rappahannock and York watersheds — all in Virginia — placed in the category with the lowest levels.

Eagles-Smith said it’s unclear why the watersheds in the northern end of the Chesapeake Bay basin have higher mercury levels in fish than those in the south. Regional air patterns would suggest the opposite — mercury tumbles from the atmosphere to the ground at higher rates in the South than in the North, according to the study.

Because methylmercury levels intensify with each step up the food chain, the USGS scientists found the highest amounts in larger fish, including some of the region’s most prized sportfish.

Striped bass, a gamefish popular on restaurant menus, had the most mercury in its meat of the 32 fish tracked in the study, with a typical concentration of 0.31 parts per million. The U.S. Environmental Protection Agency has set a consumption limit for mercury of 0.3 parts per million.

“There are lots of people out there recreationally consuming that [fish],” said Betsy Nicholas, executive director of Waterkeepers Chesapeake. “These people don’t realize what they’re ingesting and how much of a detrimental impact that can have.”

Striped bass was followed, from more contaminated to less, by bowfin (0.2), walleye (0.19), largemouth bass (0.18) and flathead catfish (0.17), according to the report. The creek chub and three types of trout were among the species with the least mercury.

James Smith and his 11-year-old son go fishing two or three times a week around the interior of Maryland’s Eastern Shore. About once a week, the Wicomico County residents take home what they catch and eat it — usually white perch or catfish.

Smith said he isn’t too concerned about whether those fish might contain mercury. “The government’s not making a big issue about the tuna, and the tuna’s at the top of the food chain,” he said, adding that he feels safe taking fish from his favorite spot, the Pocomoke River, because it has little industry along its banks.

Mercury is a naturally occurring element, but its burden in the environment has tripled since the Industrial Revolution by some measures. Levels have been falling dramatically in the United States over the past three decades largely because of pollution controls being implemented at power plants and the closure of others.

The Trump administration has moved to relax an Obama era mercury emission regulation at such plants, citing its cost. The regulation remains on the books, but the change — which removed the legal reasoning behind it — opens the protection to potential legal attacks, critics say.

The USGS paper was published in March in the scientific journal Ecotoxicology.

Greg Allen, a scientist with the EPA’s Chesapeake Bay Program Office said the program remains in “looking and watching mode” when it comes to the contaminant.

“We expect the loads and concentrations in the fish to be coming down,” Allen added. “So, we intend to stand by and monitor. If that is the trend, then we can work on other pollutants.”