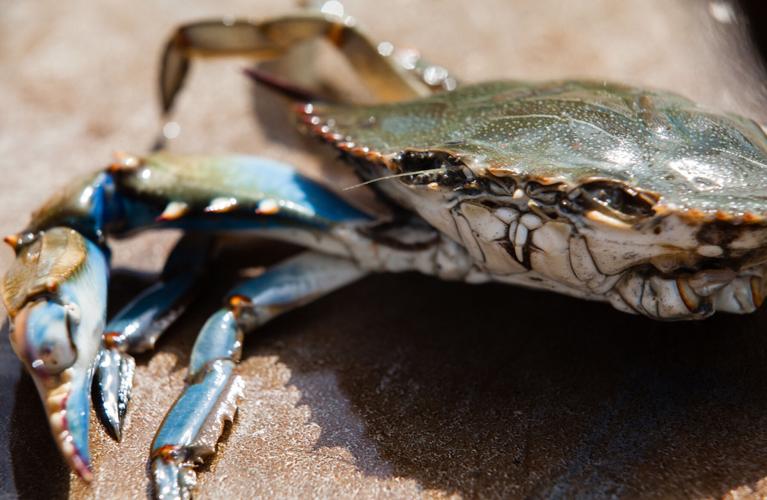 Laboratory analyses have found PFAS contamination in the tissues of a Chesapeake Bay blue crab, an oyster and a striped bass. 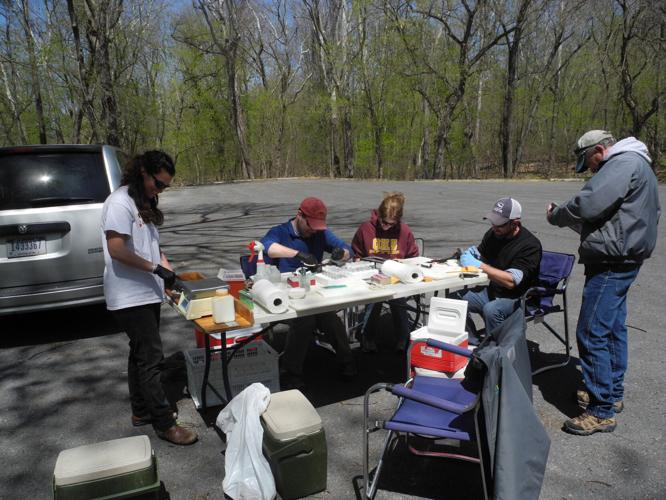 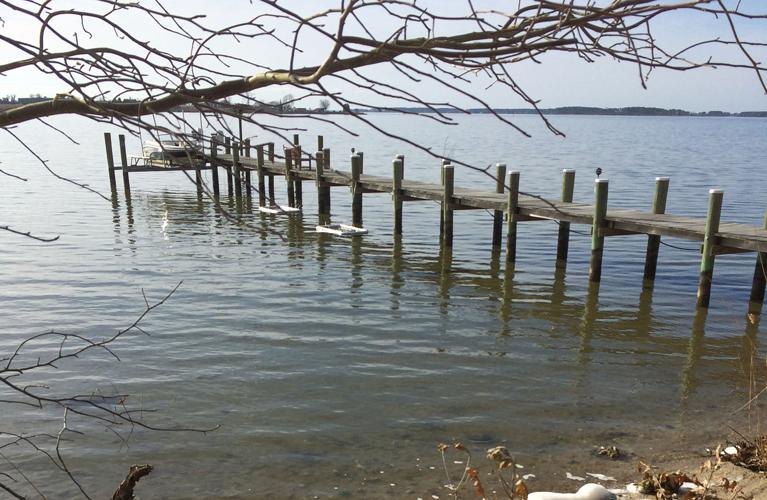 A water sample that St. Mary's County resident Pat Elder collected from St. Inigoes Creek in Southern Maryland contained PFAS, a family of “forever chemicals” that have caused widespread contamination. The U.S. Navy has reported detecting high levels of PFAS in groundwater at Webster Field just across the creek.

More testing has found so-called “forever chemicals” in a striped bass, blue crab and oyster from the Chesapeake Bay, as well as in drinking water from household taps in Maryland’s Montgomery County.

Laboratory analyses released by the nonprofit group Public Employees for Environmental Responsibility detected 16 different per- and polyfluoroalkyl substances, or PFAS, in the tissues of each type of seafood collected from Bay tributaries in Southern Maryland. Eleven different PFAS compounds were also detected in tapwater sampled from three homes in Montgomery County, the group reported.

Timothy Whitehouse, PEER’s executive director, called the findings a “red flag,” saying, “PFAS should not be in our seafood or our drinking water.”

Ben Grumbles, secretary of the Maryland Department of the Environment, called PEER's results “troubling” and said his staff wanted to know more about the group's sampling.

PFAS are a group of more than 8,000 chemical compounds used in nonstick cookware, flame retardants, water-repellant and stain-resistant clothing and furniture, as well as in fire-fighting foams used at airports and military bases. They do not break down in the environment. They also spread easily through water and can build up in animals or organisms that ingest them, including people.

Exposures to PFAS have been associated with birth defects, damage to the liver and kidneys, and an elevated cancer risk. But PFAS in drinking water and food are not regulated at the federal level, and it’s not clear what the long-term health risks are of the levels detected in the PEER report.

The striped bass caught in a pound net in Cornfield Harbor near the mouth of the Potomac River had 23,100 parts per trillion (ppt) of nine different PFAS. The crab and oyster from St. Inigoes Creek, a tributary of the St. Mary’s River, had 6,650 ppt of eight PFAS and 2,070 ppt of five PFAS, respectively.

A handful of states with severe PFAS contamination problems have found high levels of the chemicals in wild fish and set fish consumption advisories, particularly for perfluorooctane sulfonate, or PFOS, one of the oldest and most frequently found types of PFAS.

New Jersey, for instance, urged its anglers to limit consumption of some recreationally caught fish from some rivers and lakes after finding PFOS levels that in some cases were comparable to what the PEER analysis found in the Potomac River striped bass.

Commission officials took issue with the PEER findings, saying the lab that tested the water samples used a method that has not been approved by the U.S. Environmental Protection Agency. They also pointed out that the results are below the EPA’s non-binding health advisory level of 70 parts per trillion for two of the most common PFAS compounds.

The EPA released a plan in February 2019 pledging to begin the process of setting enforceable limits on PFAS in drinking water  for the two most commonly found PFAS and possibly more, but has yet to actually do so.

Impatient with the pace of federal action, 10 states where the chemicals have been found in drinking water have acted to set safety standards of their own that are stricter or cover more PFAS than the EPA guidelines.

Whitehouse said he hoped these test results spur Maryland to do likewise.

“The message we want to send is that the state, although they’re starting to do testing, really needs to get going on developing science-based health standards for fish consumption and drinking water,” he said. “This is really just the tip of the iceberg in terms of what’s being contaminated in Maryland and elsewhere.”

The MDE earlier this year tested water and oysters in Southern Maryland after independent testing found PFAS in St. Inigoes Creek in St. Mary’s County. That water sample was taken by a local activist near the Webster airfield annex of Naval Air Station Patuxent River, where PFAS-laden firefighting foam has been reportedly used in the past.

“A seafood platter containing oysters, crab and rockfish with these levels of toxins is a danger to public health, especially women who may be pregnant or breastfeeding,” contended Pat Elder, the activist who also assisted PEER in its testing.

PEER had earlier reported finding about 1,000 ppt combined of several different PFAS in each of a pair of oysters it sampled from the St. Mary’s River. The MDE tests, though, found no detectable PFAS in the oysters it sampled and “very low concentrations” in St. Mary’s River water. It rated the public health risk from swimming in the water and consuming oysters as “very low,” based on its findings.

Grumbles said that report shouldn’t be read as saying there’s no cause for concern about PFAS. He said the MDE is working to address the risks comprehensively.

“We know we need to do more, and testing is the key,” he said Monday night during an online forum sponsored by several environmental groups.

The MDE has sampled 51 drinking water systems for PFAS so far and intends to check 137 statewide, spokesman Mark Shaffer said. The MDE also began to test recreationally caught fish around the state this fall after high PFAS levels were reported in the blood of smallmouth bass collected by the U.S. Geological Survey in Antietam Creek, a tributary of the Potomac in Western Maryland. The department hopes to complete sampling the first 12 locations by year’s end, Shaffer said.

Striped bass, a popular recreational and commercial species, migrate up and down the Atlantic coast and feed on other fish, which can lead to a buildup of contaminants in them from a variety of places.

Earlier this year, North Carolina State University researchers reported finding elevated levels of PFAS in 58 striped bass caught in the Cape Fear River near Wilmington. The mean concentration in the blood of those fish was 490,000 ppt. That’s much higher than what PEER found in the fillet of the striped bass it got from the Potomac, but PFAS levels tend to be much higher in the blood than in the filleted flesh of fish.