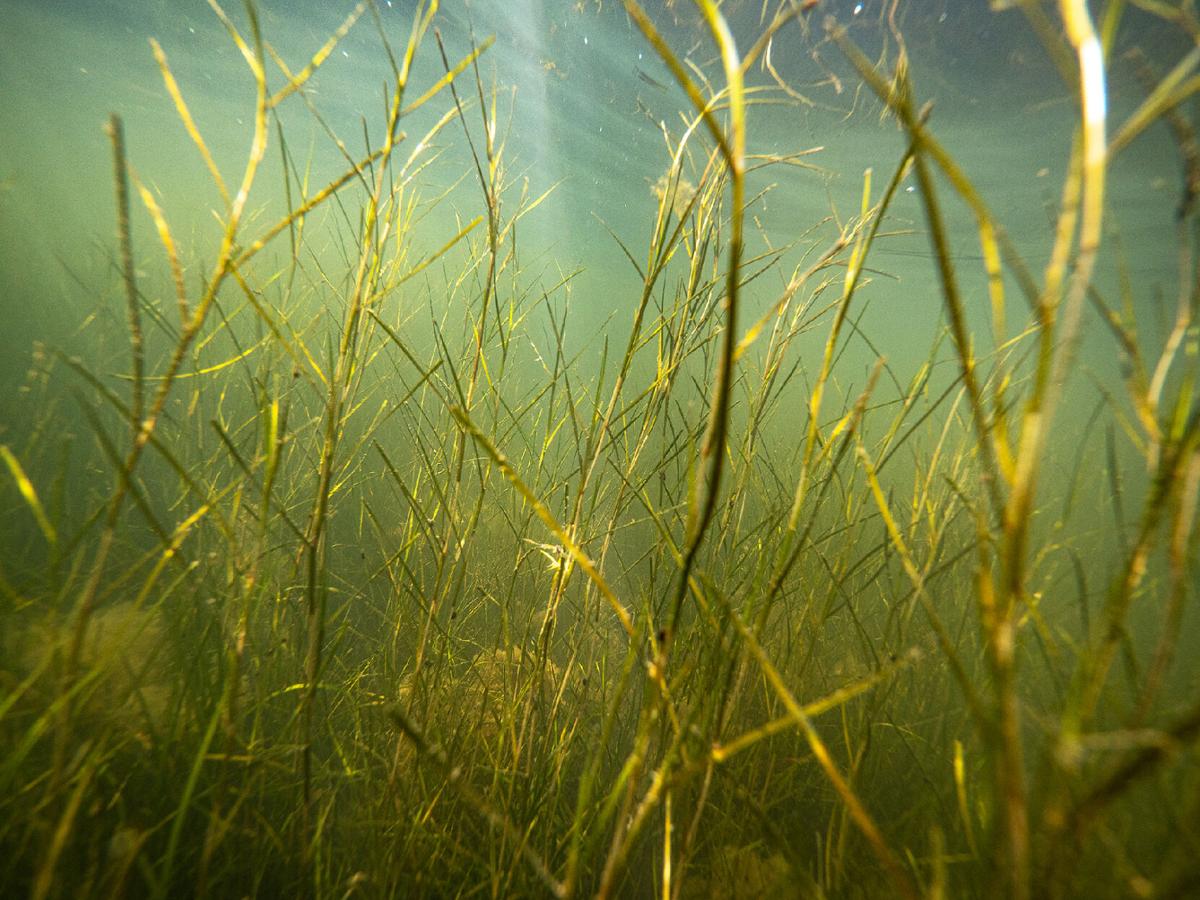 Widgeon grass, shown here in Maryland's Honga River in 2016, can die back with conditions turn bad, but the seeds it leaves behind can lead to comebacks when water quality improves. 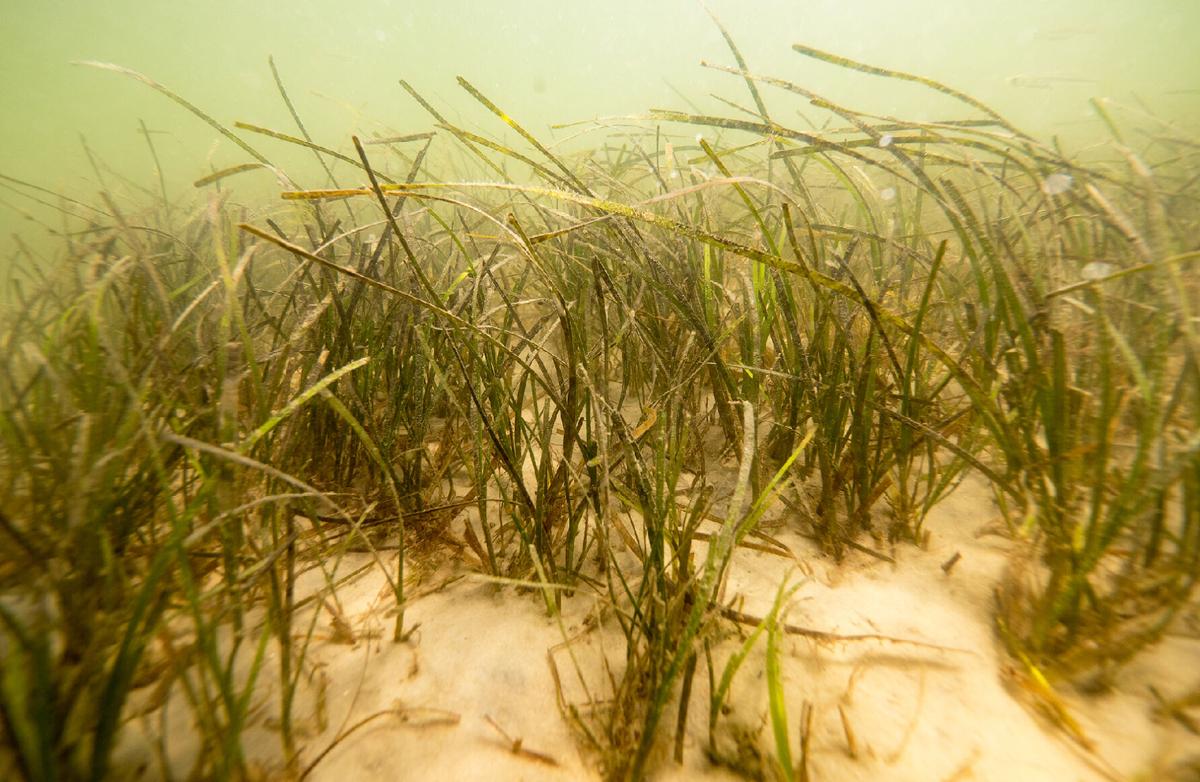 Eelgrass, shown in here in Virginia's York River, has been declining in the southern portion of the Chesapeake Bay. 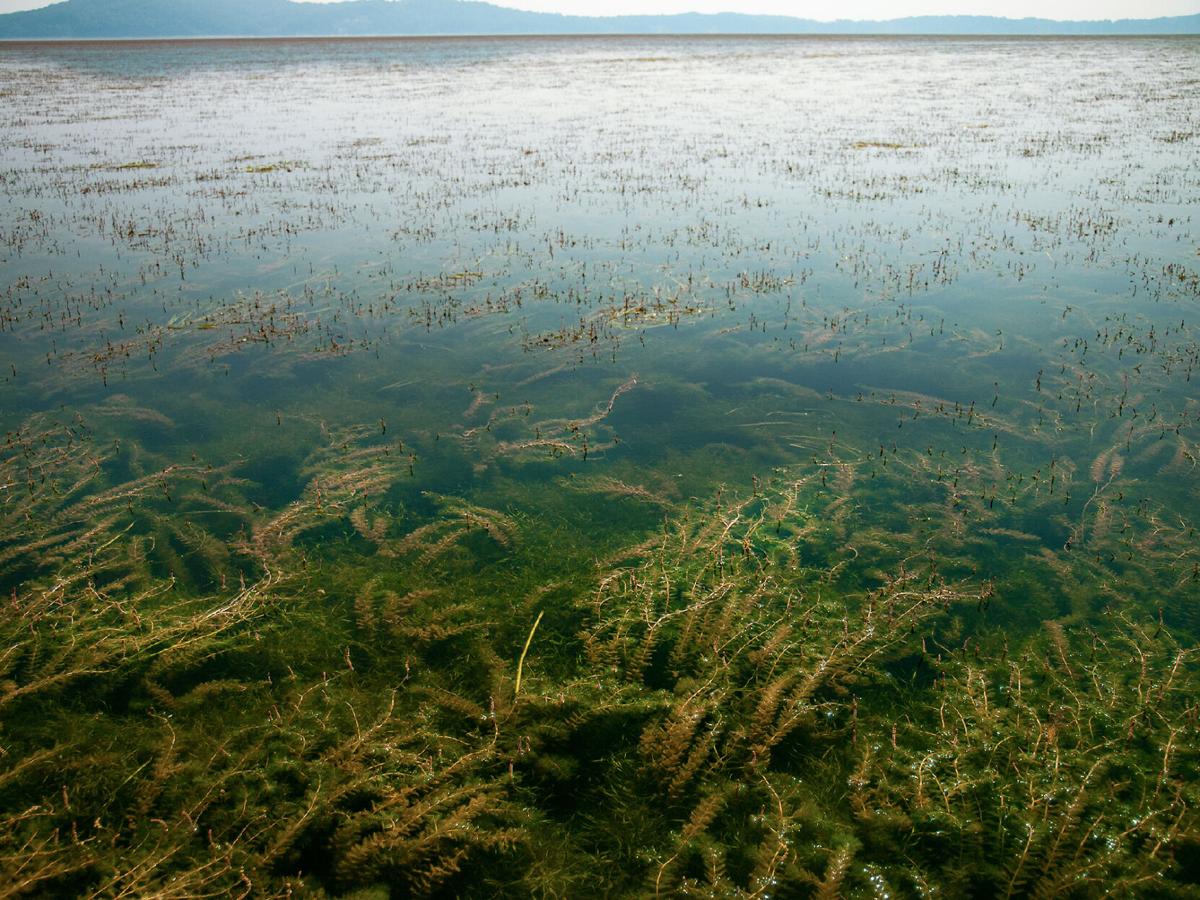 The Susquehanna Flats, the largest underwater grass bed in the Bay at more than 9,000 acres, accounts for about half of the freshwater acreage of grasses.

The acreage of underwater grasses in the Chesapeake Bay declined 7% in 2020, the second consecutive year that the amount of critical underwater meadows has dropped since peaking three years ago.

The grass beds, which provide habitat and food for everything from waterfowl and turtles to finfish and blue crabs, covered 62,169 acres last year. That is 40% less than the recent record of 108,077 acres reported in 2018, before months of heavy rainfall sent a flood of murky water into the Bay.

The decline was far from uniform, though. Underwater grasses at both ends of the Bay — the low-salinity areas at the top of the Bay and the high-salinity areas closer to its mouth — saw rebounds last year after suffering major setbacks in 2019.

But the mid-salinity areas in the middle of the Chesapeake, which contain the vast majority of potential underwater grass habitat, continued to be hammered. Large beds around Tangier Sound and the Choptank and Little Choptank rivers took especially hard hits.

Those areas are dominated by widgeon grass, a species notorious for disappearing when conditions turn bad, but often reappearing a few years later.

“A lot of the 2019 decline was the widgeon grass story,” said Christopher Patrick, assistant professor of biology at the Virginia Institute of Marine Science, which conducts the annual aerial survey of the Bay’s grass beds. “The decline in 2020 can be largely attributed to continuing smaller declines in the Mid Bay, and a lot of that is losing more widgeon grass.”

The once-lush underwater meadows of Tangier Sound, which covered roughly 25,000 acres as recently as 2018, have since declined by three-quarters, to less than 7,000 acres, accounting for much of the Baywide loss.

Underwater grasses, also called submerged aquatic vegetation, are considered one of the most important indicators of Bay health because their survival depends on water clear enough to allow sufficient sunlight to penetrate.

Scientists estimate that anywhere from 200,000 to 600,000 acres of grasses were once found in the Bay. By 1984, that had fallen to just 38,227 acres. The state-federal Chesapeake Bay Program has a Baywide goal of getting that number up to 185,000 acres, a figure based on returning grasses to areas where they were actually observed in the last century.

Last year’s acreage was 34% of the Baywide goal, and the lowest seen since 2013. But after 2013, good conditions led to a record surge of widgeon grass.

“It’s important to keep in mind that last year’s decrease, and the decrease in 2019, didn’t represent a loss of a long-term abundance and distribution,” noted Brooke Landry, a biologist with the Maryland Department of Natural Resources and chair of the Bay Program’s SAV Workgroup.

“It was a decrease from a relatively recent expansion,” she said. “This not only highlights the importance of protecting and maintaining our more stable underwater grass populations, but the vulnerability of our recently recovered populations.”

Grass abundance and the Bay goal

But the story in 2020 varied from place to place.

The tidal fresh waters at the head of the Bay and in the uppermost tidal reaches of most tributaries saw an increase in underwater grass coverage from 17,618 acres to 18,478. That amounted to 90% of the restoration goal for those areas.

Over recent decades, the amount of underwater grasses in the Chesapeake has increased overall, but the trajectories vary widely from one area to another.

Freshwater areas and grasses have generally been increasing over the decades, aided in part by the proliferation of grass beds consisting of multiple species that are better able to withstand poor conditions. Susquehanna Flats, the largest underwater grass bed in the Bay at more than 9,000 acres, accounts for about half the freshwater acreage.

But the story changes dramatically elsewhere. The mid-salinity areas are dominated by widgeon grass, which is the most widespread and abundant species in the Chesapeake. But it is often described as a boom-and-bust plant. It can dramatically die back when conditions turn bad, but the seeds it leaves behind can lead to comebacks when water quality improves.

Meanwhile, the high-salinity areas of the Bay have been declining in underwater grass coverage for more than 20 years, largely because of the slow but steady disappearance of eelgrass, a salinity-tolerant species that historically has dominated that area.

Eelgrass is sensitive to heat, and warming water temperatures on top of continued poor water clarity have gradually caused it to disappear. Widgeon grass is the only other Bay species that grows in high-salinity water, but it cannot inhabit all of the areas once occupied by eelgrass. “The time series is full of ups and downs,” Patrick said, “but the trajectory overall is not good.”

Slightly cooler temperatures last year did allow some patches of eelgrass to reappear in places such as Mobjack Bay in Virginia, where it had been gone, and scientists have seen other beds during field work this spring.

“We did have one nice patch of eelgrass that looked beautiful and healthy,” DNR’s Landry said after a recent field survey off the Eastern Shore. “And it was absolutely full of terrapins. They were everywhere. Every direction I looked, I saw the little turtle heads watching me.”

Underwater grass beds, also called submerged aquatic vegetation or SAV, provides some of the most important habitat in the Chesapeake Bay. They are also one of the best indicators of its health. That’s because they rely on clear water to get the sunlight they need to survive.

Underwater grasses need large amounts of sunlight because they are actually the descendants of terrestrial plants that “re-invaded” river and bay bottoms in the past 100 million years, taking root in soft sediment. Plants growing in that sediment found a rich source of nutrients, but there was a steep price to pay. The sediment was often oxygen-starved, creating toxic conditions for grasses.

Over time, the grasses adapted by developing a mechanism to pump oxygen to their roots and into the soil, effectively making it habitable. When the plants receive energy in the form of light from the sun, they are able to draw carbon dioxide from the water and produce oxygen via photosynthesis. The oxygen is then transported through the plants down into the soil. That air also helps float the plants so they stand upright in the water. The process has been described as the plant equivalent of a snorkel.

That snorkel requires a huge amount of energy to operate. As a result, underwater grasses require more sunlight than almost any other plant on Earth. The amount of sunlight needed varies by species. But generally, freshwater grasses need to receive 13% of the sunlight that reaches the water surface, while medium– and high-salinity species need about 22%.

Underwater grasses are so important for waterfowl that some grasses — such as redhead grass and widgeon grass — are named for some of the birds that dine on them. But as the grasses have dwindled, so have the waterfowl — unless, like the few canvasback ducks that remain, they were able to switch from being grass-eating herbivores to clam-eating carnivores.

But underwater grasses are much more than duck dinners. Their beds are a biological factory that churns out huge amounts of tiny organisms that serve as fish food. Studies show that such production is far greater in grass beds than in barren areas that may be only a few feet away. Grass beds have more kinds of organisms — and more organisms overall — because they have lots more to offer: roots, leaves, diverse soil conditions and more oxygen.

Lush underwater beds are important at some point in the lives of many common fish species: croaker, red drum, menhaden, spot, spotted sea trout, eel, black sea bass, tautog, bluefish, summer flounder, striped bass and more. Between 50–75% of all economically important fish species along the East Coast spend some phase of their life in grass beds. Studies show that juvenile blue crabs are at least 30 times more abundant in grass beds than in nearby unvegetated areas.

The benefits don’t end there. The grasses soak up nutrients that would otherwise form algae blooms, and they filter sediment from the water. Large beds provide a living baffle that reduces the power of waves before they hit the beach, stemming shoreline erosion. Their roots stabilize sediment, keeping it from being resuspended in the water column.

Underwater grasses are also important for the planet, soaking up more carbon dioxide per acre than forests. Also, rising levels of atmospheric carbon dioxide can cause ocean and Bay waters to acidify, which harms the ability of clams, oysters and mussels to build shells. Recent studies, though, show that underwater grasses can neutralize the acidification process.