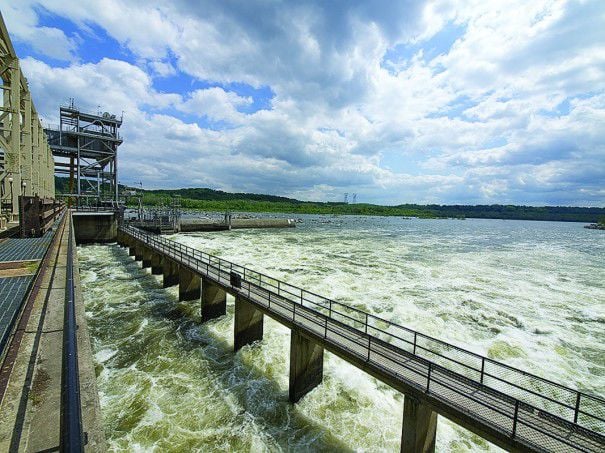 Maryland has ordered Exelon to offset impacts of nutrient and sediment pollution and water releases on the lower Susquehanna River and Chesapeake Bay. 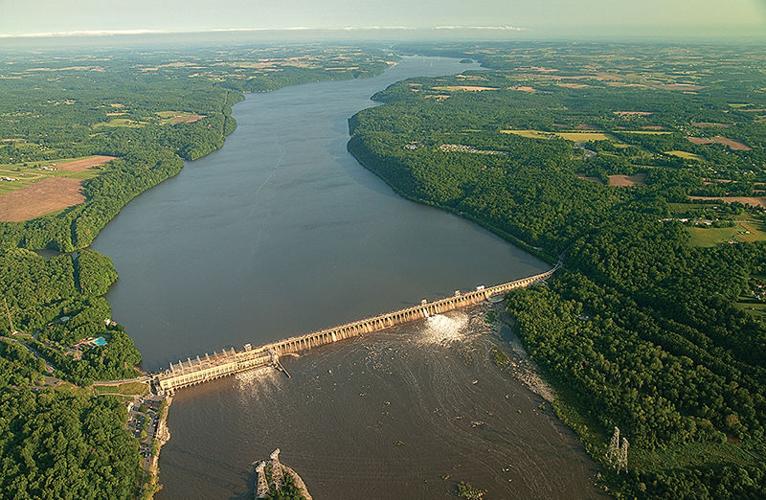 After years of study and haggling over how to deal with the impact of Conowingo Dam on the Chesapeake Bay, the Hogan administration has ordered the hydropower facility’s operator to reduce nutrient pollution passing through the dam on its way down the Susquehanna River — or pay up to $172 million a year for someone else to do it.

The Maryland Department of the Environment announced Friday that it had issued a condition-laden water quality certification needed by the utility before it could receive a new federal license to continue operating the hydroelectric dam. The 59-page document directs the facility’s owner, Exelon Corp., take a series of steps to help spawning fish over the 94-foot high dam, to produce a more natural river flow and to improve fish habitat and water quality.

MDE directed Exelon, which is seeking a new 50-year license for Conowingo, to make annual reductions of 6 million pounds of nitrogen and 260,000 pounds of phosphorus in the lower Susquehanna below the dam. Those are the amount of nutrient reductions studies have indicated are needed to offset the impact of the dam on Upper Bay water quality. If the company does not make those reductions itself, then the MDE directed it to pay “in-lieu fees” if nothing else is done to reduce the nutrient flows.

“From the beginning of our administration, we have sounded the warning on the problems caused by the Conowingo Dam,” Gov. Larry Hogan said in a statement. He said the conditions in the state’s certification provide “a strong framework for working with the upstream states and private partners such as Exelon to take real actions to address the sediment and nutrient pollution problems caused by the dam so we can preserve the Bay for future generations.”

The state’s action drew praise from environmental groups. Alison Prost, acting vice president of the Chesapeake Bay Foundation, thanked Hogan and MDE for wanting to hold Exelon accountable, saying that “the very presence of this dam alters the form and timing of river water and pollution reaching the Chesapeake Bay.”

Exelon spokeswoman Deena O’Brien said the company was reviewing the state’s conditions, while reiterating its longstanding position that the dam itself is not adding nutrient pollution to the river or the Bay.

Exelon had previously agreed to a number of the conditions laid out by the MDE, including an ambitious plan to increase the numbers of American shad, river herring and eels getting upriver past Conowingo and three other dams. But talks between the company and Maryland apparently broke down over additional conditions the MDE wanted to impose regarding water quality.

“We were very far apart,” Environment Secretary Ben Grumbles said, both about what Exelon would have to do about the nutrients and sediment flowing past the dam and about the way in which the hydro facility’s operation alters the natural flow of the river.

For many years, the dam, which was completed in 1928, actually improved water quality in the lower Susquehanna and the Upper Bay by trapping sediment and accompanying nutrients from farm runoff, wastewater and urban stormwater. But over the decades, the reservoir filled with sediment, and the dam is no longer acting as a trap. Because of that lost trapping capacity, studies show the Upper Bay can’t achieve sufficient dissolved oxygen levels in its deep waters to sustain fish without additional nutrient pollution reductions of about 5 percent.

Hogan has long insisted that the sediment and nutrient buildup at Conowingo is a major threat to the Bay restoration. He has contended that Exelon must share responsibility for dealing with the issue, a position shared by environmental groups.

Exelon, which is headquartered in Chicago, has previously said the problem lies with lack of adequate pollution controls upriver in Maryland, Pennsylvania and New York. But it has also offered to provide some unspecified support for the cleanup.

The Exelon spokeswoman said the company “will continue to work with the state, local communities and environmental organizations to find a comprehensive and long-term solution” to the impacts of pollutants flowing past the dam.

Mark Bryer, Bay program director for The Nature Conservancy, said he was glad to see the state insisting that the dam’s water releases be made in a way that makes the river flow less unnatural – another issue on which the MDE and Exelon differed. Bryer noted that the MDE had recently proposed formally declaring the lower Susquehanna’s water quality impaired because of the way in which the dam is operated. It holds back river flow, and then releases water at various times when more electricity generation is warranted.

“Let’s be clear,” Bryer added. “This is one of the largest privately-owned dams in the country. It’s operated for all of its 90 years for the purpose of maximizing power generation.” He said the state’s conditions offer a chance to “better balance” the private needs of Exelon for power generation with the public’s desire for abundant fish and clean water.

The state has leverage over Exelon because the company is seeking a license renewal from the Federal Energy Regulatory Commission to continue generating electricity at Conowingo for the next five decades. Under federal law, Maryland must certify that the dam’s operation meets state water quality standards.

Until now, the Hogan administration has withheld that certification. Exelon withdrew its initial application for it in 2014, after the MDE indicated it was planning to deny the certification for lack of information about the impacts of the sediment and nutrient buildup. Exelon agreed at that point to put up $3.5 million for further studies, and its license has been continued on a year-to-year basis in the meantime. The company reapplied in 2017, and the MDE faced a May 17 deadline to either approve or deny the necessary water quality certification.

In February, according to a letter released by the MDE, the company met with state officials and outlined what Grumbles wrote was “a potential settlement offer.” But Grumbles said it lacked sufficient detail, and subsequent communication with the company “underscores how much remains to be resolved” between the state and Exelon.

With Hogan currently serving as chairman of the Executive Council of the federal-state Bay Program restoration effort, all six states in the Chesapeake watershed agreed to collaborate on a plan to offset the impact of the added nutrients flowing past Conowingo. They did not specify how those nutrient reduction efforts would be funded.

The state certificate calls on Exelon to supply a “nutrient corrective action plan” by Dec. 31, 2019. It gives the company three options:

Grumbles indicated that Exelon will not have to shoulder the entire burden of dealing with the Conowingo nutrient and sediment reductions. If nutrient flow downriver is reduced by others, then what Exelon must do or pay for will be comparably adjusted, the state certificate says.

“We are very much a part of the multistate process to help ensure that others step in and do their part as well,” Grumbles said. But with the certificate, he added, “we have definitely put our marker down and indicated very clearly the blueprint for restoration and protection that ensures our water quality will be met.”

Late last year, a study commissioned by environmental groups concluded that Exelon could easily afford to spend $27 million to $44 million a year to help with the nutrient and sediment problem. The company fired back earlier this year, saying the groups’ analysis was flawed and that revenue from the dam is insufficient to bring the company an adequate return, let alone fund environmental projects. The company spokeswoman said Exelon will “evaluate next steps to determine the long-term viability of the Conowingo Dam.”

Exelon has 30 days to appeal the MDE’s action to Grumbles, which could trigger an administrative hearing. If still dissatisfied, the company could go to court.

“If they choose to litigate, we are certainly prepared to defend our certificate,” the environment secretary said, calling it science-based.