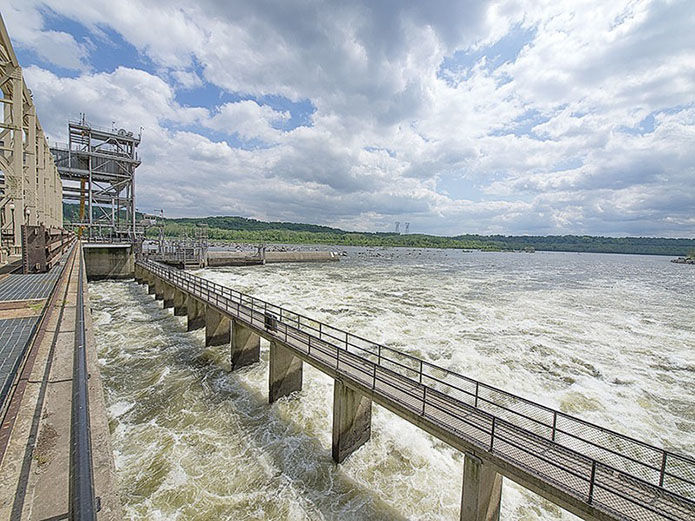 Conowingo Dam's diminished ability to trap nutrients and sediment coming down the Susquehanna River means greater pollution reductions will be needed to complete cleanup of the Chesapeake Bay. 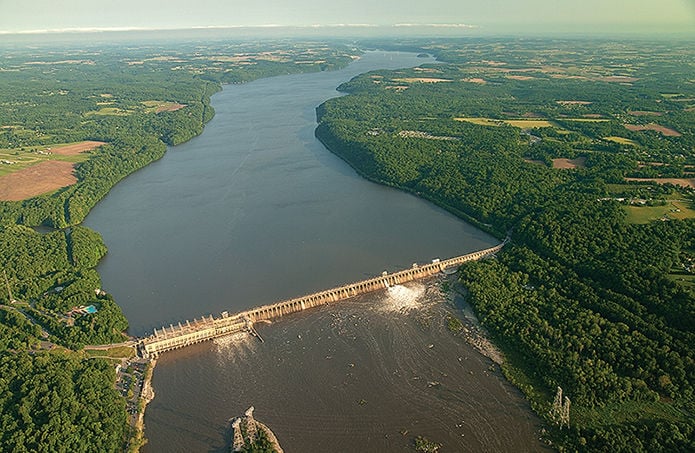 The Susquehanna River drains 43% of the Bay watershed. Most of its area is upstream of Conowingo Dam, which once trapped 20 percent of the nitrogen and half of the phosphorus from the river.

The long-running Conowingo Dam controversy is back in court. On June 17, four environmental groups filed a legal challenge to the Federal Energy Regulatory Commission’s decision in March to relicense the hydropower facility on the lower Susquehanna River.

The groups —Waterkeepers Chesapeake, Lower Susquehanna Riverkeeper, Sassafras Riverkeeper and the Chesapeake Bay Foundation ­— filed suit asking the U.S. Circuit Court of Appeals for the District of Columbia to order FERC to rule that the relicensing decision violated the Clean Water Act and other federal laws.

In their petition for a rehearing, the groups contend that FERC acted unlawfully by renewing Exelon Corp.’s license to generate electricity at the dam without requiring any of the steps Maryland regulators had at one time said were needed to restore water quality in the lower Susquehanna and the Chesapeake Bay.

Betsy Nicholas, executive director of Waterkeepers Chesapeake, said the 50-year license FERC issued to Exelon was “grossly insufficient” because it failed to require specific nitrogen and phosphorus reductions. Moreover, it had “absolutely no plan,” she said, to deal with an estimated 200 million tons of sediment stored behind the dam.

“We are going to court to overturn this license and demand protection for our water quality and communities in the Chesapeake Bay region,” Nicholas said.

The groups’ legal challenge is the latest round in a nearly decade-long dispute over the environmental impacts of Conowingo. The 94-foot high dam straddles the Susquehanna in Maryland, about 10 miles upstream from the Bay. Its river-driven turbines generate enough electricity to power 165,000 homes, according to Exelon.

But since the dam’s completion in 1928, the 14-mile reservoir created upriver has filled with sediment from upstream sources. Now, nutrients and sediment from farm runoff, municipal wastewater and stormwater are flowing through the dam into the Chesapeake, where they contribute to algae blooms and other water quality woes.

And whenever a storm hits or heavy rains fall, sediment and nutrients built up behind the dam are also flushed downriver. Those surges also carry trash and debris downriver to the Bay, littering shores and marinas.

Additionally, the dam has blocked many migratory fish from getting upriver to spawn. It’s also impeded the upriver migration of American eels, which in turn has depleted freshwater mussels that once helped filter nutrients and sediments out of the river.

Under the Clean Water Act, no license could be issued for the dam unless Maryland certified that it would not harm water quality. In early 2018, the Maryland Department of the Environment issued that certification, but with the condition that Exelon must either clean up the nutrient and sediment pollution coming through the dam or pay the state $172 million a year to have it done.

Exelon sued, contending that it was being forced to shoulder an “unfair burden” for pollution from upriver that the dam did not actually generate. The company also petitioned FERC to declare that Maryland had forfeited its right to put conditions on the Conowingo license because it had taken longer than the one-year timeframe states have to act under the law.

In October 2019, the MDE and Exelon reached an out-of-court settlement, in which the company pledged more than $200 million over the next 50 years on projects intended to rebuild eel, mussel and migratory fish populations in the river and to reduce nutrient and sediment pollution flowing into the Bay. The state, in turn, waived its right to impose conditions via the water quality certification on the dam’s operating license.

Environmental groups and others petitioned FERC not to accept the deal, arguing that it fell far short of what’s needed. But in March, the five-member commission brushed aside those objections, issuing Exelon a new license that accepted the terms of the MDE settlement and did not impose any other conditions.

“Federal law is quite clear that FERC lacks authority to issue a license on these terms,” contended Jim Pew, senior attorney with Earthjustice, the nonprofit law firm that is representing the environmental groups.

Celeste Miller, a FERC spokeswoman, declined to comment, noting it was a pending court proceeding.

MDE spokesman Jay Apperson issued a statement saying the state is “focused on implementing and enforcing the significant new state and federal requirements Exelon must now meet” under the license.

“We have always recognized more is needed beyond and above the dam,” the statement added, “and that’s why we are embracing opportunities with citizens, communities and organizations under the first-ever Conowingo Watershed Implementation Plan to boost multi-state actions, including significant funding beyond the FERC license and the enforceable, hard-fought $200 million commitment with the dam owner.”

Exelon issued a statement noting that the FERC decision had been supported by the Susquehanna River Basin Commission, U.S. Fish and Wildlife Service and state environmental agencies in Pennsylvania.

“We’d prefer to focus on Chesapeake Bay restoration efforts — not on protracted litigation that may serve to delay or deny these benefits at a time when they are most needed,” said Exelon spokeswoman Deena O’Brien.

WHY......is no one seem concerned about Harrisburg dumping their raw sewage into the river. According to an article in the Lancaster newspaper about a month ago, 40% of the river flow in 2020 was untreated sewage from H-burg Pa ! I agree something needs done with all the sediment build-up behind the dam, but RAW SEWAGE ?

I have zero sympathy or support for all of these save the Chesapeake groups. They place a fee on your sewer bill to save the Chesapeake. We keep hearing that the bay is the cleanest it's been in years so they can keep this fee going. Yet all it has done is raise my sewer bill from 165.00 per quarter to 219.00 per quarter in 4 years. This is a total scam and should be illegal.