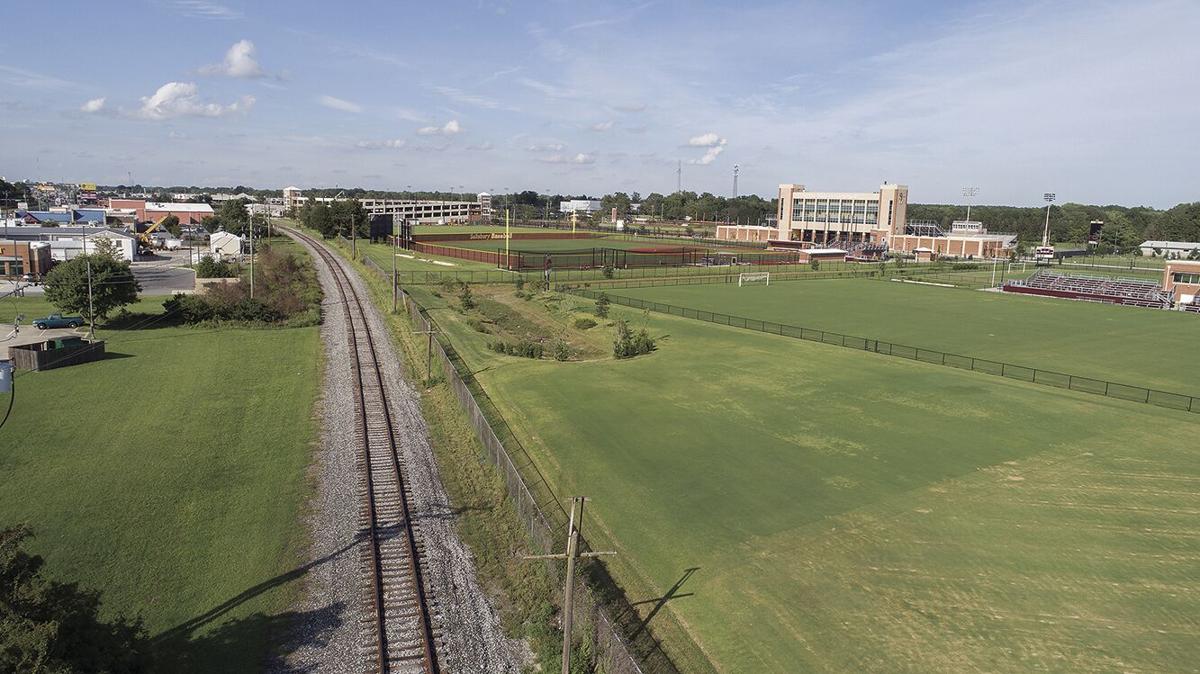 The proposed Del-Mar Energy Pathway pipeline project will mostly follow U.S. Route 13 and the railroad to its east on Maryland’s Lower Shore. 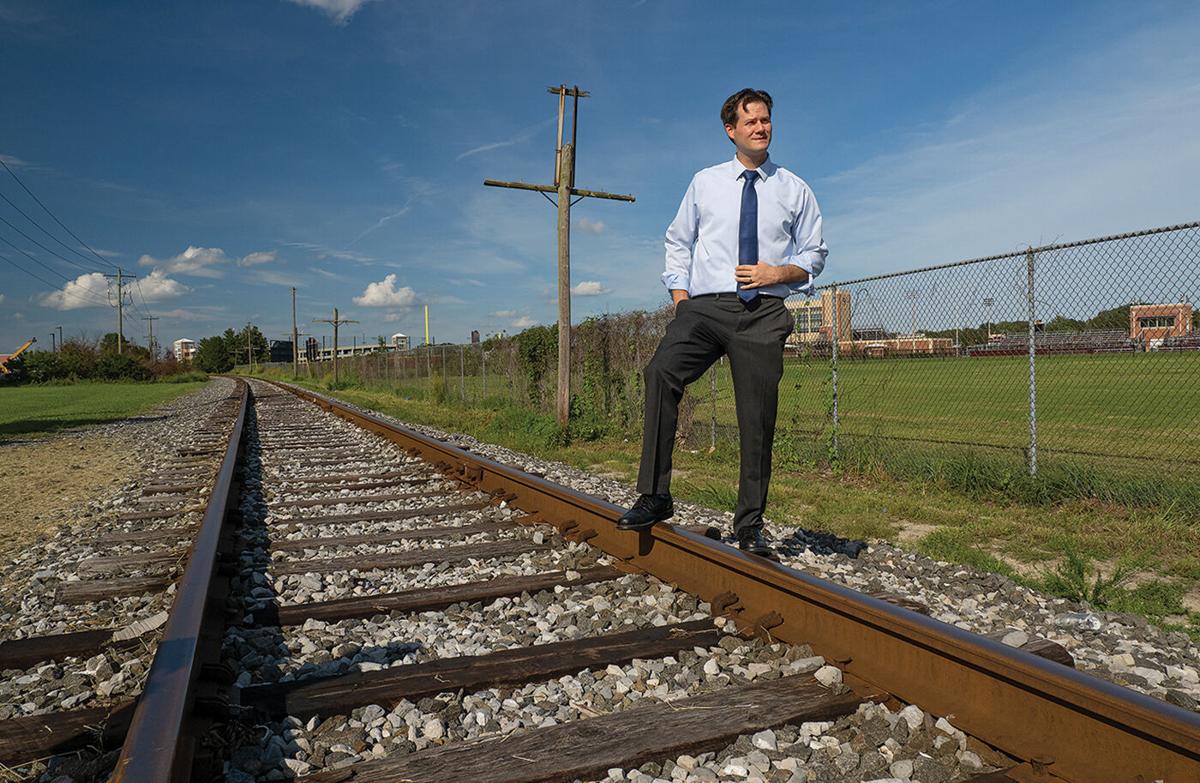 Wicomico County Councilman Josh Hastings sides against a project that would provide Somerset County with natural gas. He worries it will endanger water quality.

The Maryland Board of Public Works approved Dec. 2 a wetlands permit for an Eastern Shore natural gas pipeline, but critics say its construction would run counter to the state’s fracking ban.

The board — comprising Lt. Gov. Boyd Rutherford, Comptroller Peter Franchot and Treasurer Nancy Kopp — voted 3–0 to greenlight the request from Eastern Shore Natural Gas for a wetlands-disturbance license. The permit will allow the company, a subsidiary of Delaware-based Chesapeake Utilities, to bore a 10-inch pipeline beneath a stream that flows into the Wicomico River.

The project will take the pipeline nearly 7 miles from Wicomico County into Somerset County. The line originates at an existing pipeline in Delaware.

A second board approval will be needed for the last 12-mile leg to the community of Westover. The overall project likely can’t go forward without that nod because it connects the pipeline to two key energy users: the University of Maryland Eastern Shore and the Eastern Correctional Institution.

Debate broiled for three hours leading up to the Dec. 2 vote. Much of it turned on which would be a greater harm to the mostly low-income and minority residents living near the pipeline: the potential blow to their health from toxic emissions in the community or the economic stress caused by their lack of access to cheap energy.

Switching from a wood-fired boiler to natural gas at the state prison will reduce its carbon dioxide emissions by about two-thirds, according to the Maryland Environmental Service, an independent state agency that oversees state buildings. The conversion away from fuel oil and propane at nearby UMES will cut its emissions by more than a third, officials say.

The historically Black university will use the 50% reduction in energy costs to steam ahead on its adoption of renewable sources, University President Heidi Anderson said.

Somerset County is one of three Maryland counties that lack access to natural gas. Community and business leaders have been working for two decades to lure a pipeline into the county, hoping to lift the population, which is 42% Black, from the bottom of several statewide economic indicators.

“This disadvantage has prevented the type of economic development opportunities that other areas of the state benefit from on a daily basis,” said state Sen. Mary Beth Carozza, Somerset’s sole representative in the upper legislative chamber. “It’s a win, win, win on all fronts.”

The Maryland Department of the Environment had recommended approving the wetlands license with certain conditions.

Several environmentalists during the virtual meeting pressed the board to turn down the pipeline in favor of pursuing renewable alternatives, such as wind and solar power. “To move from wood chips to methane is just the lesser of two evils,” said Josh Tulkin, director of the Sierra Club’s Maryland chapter.

A letter signed by 51 state delegates and senators, meanwhile, called on the board to reject the pipeline. Groups signing on to the statement included the NAACP’s Maryland State Conference and the Maryland League of Conservation Voters.

They argued that the project would violate the spirit of the state’s 2017 ban on fracking — a controversial technique for extracting natural gas from underground shale formations — within its own boundaries, even though the gas flowing through the new pipeline would be derived from out-of-state sources. The letter points to the board’s January 2019 denial of a pipeline through 3 miles of western Maryland as precedent for quashing natural gas enterprises on broad environmental grounds.

David Bohannon, the board’s attorney, told its three members that the earlier case allowed for consideration of a wider array of issues because it involved granting an easement of state land. With the Wicomico-Somerset pipeline, formally known as the Del-Mar Energy Pathway, state law and a court ruling in an unrelated case restrict the board to weighing wetlands impacts only, he said.

Franchot bristled at the legal constraint. “You’ve got yourself defined into such a narrow little space it becomes almost a formality to get approval from the Board of Public Works,” he said.

The pipeline will largely follow U.S. Route 13, the region’s main north-south corridor. A spatial analysis led by the Chesapeake Climate Action Network in October found that 36 of 40 land segments adjacent to the pipeline have high enough shares of minority residents to qualify for closer federal scrutiny for environmental justice issues.

“This is not an example of good governance and should be seen itself as an injustice,” said Anthony Field, CCAN’s Maryland campaign coordinator.

To deprive those residents of access to natural gas, pipeline supporters said, would amount to an injustice of its own. Critics were quick to point out that none of the 51 elected officials who attached their names to the opposition letter represent the Eastern Shore, which is more rural and less affluent than much of the state.

“I see it as elitism,” said Rutherford, sitting in for Gov. Larry Hogan.

“I’m listening to the haves tell the have-nots what you’re not entitled to,” said Craig Mathies, president of the Somerset Board of County Commissioners.

Ian Fleming is the owner of the Washington Inn and Tavern, which lays claim to being the second-oldest inn in the state. He told the board that gaining access to natural gas will enable him to potentially stop using wood stoves to heat the common and public areas at his Princess Anne establishment. That will translate into cleaner air for the community and savings for his business, Fleming added.

Although initially skeptical of the pipeline, Franchot cast his vote in favor of the project. Somerset residents have waited long enough for natural gas, he said. In the meantime, the state will continue working toward its goal of obtaining half of its energy from renewable sources by 2030 and 100% by 2040, he added.

“This is a temporary measure and must be treated as such,” Franchot said.