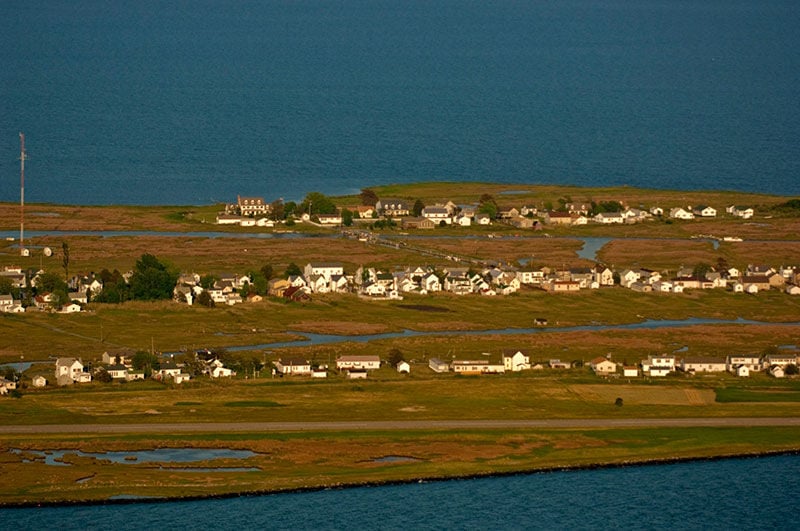 Tangier Island, in Virginia's portion of the Chesapeake Bay, once had eight ridges, with distinct towns on each. But with every heavy storm, the once-sturdy island lost more ground. By the 1930s, only three communities remained, all on ridges separated by bridges over a marsh. 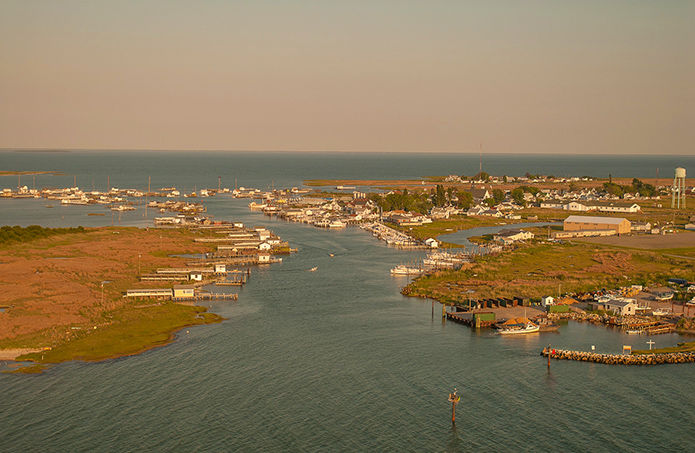 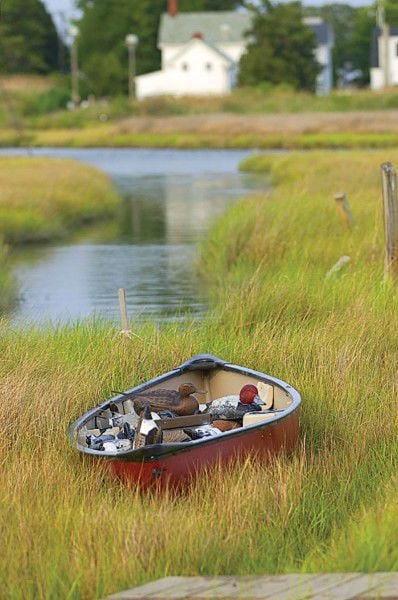 A boat rests in the grasses of a Tangier Island inlet.

Rising seas are engulfing Tangier Island so quickly that most of its remaining residents may be forced to flee the low-lying Chesapeake Bay community during the next decade, according to a bleak new assessment published Nov. 8 in Frontiers of Climate.

The rest won’t be too far behind — staying until 2053, it predicts.

“The town of Tangier's citizens will join the growing numbers of humanity forced to relocate due to climate change, becoming climate change refugees,” wrote the authors of the peer-reviewed study. “That this is happening such a short distance away” — 93 miles — “from the capital of the USA in Washington, DC, and proceeding apace with little aid, despite all the media attention Tangier Island and the town have had, should alarm us all.”

Tangier’s options are few and hugely expensive, the report suggests. A large-scale effort to save the island, the paper estimates, would cost $250–$350 million. Fighting sea level rise would entail wrapping jetties around erosion-prone shorelines, raising the town’s elevation by 9 feet with sand dredged from the bottom of the Bay and upgrading the community’s plumbing and electricity networks, the report asserts.

The only other alternative — abandoning the island and relocating the town’s 400 residents to the mainland — would come with a $100–$200 million price tag.

The study adds new urgency to the debate over the fate of the tiny island, which has shrunk to little more than a few brushstrokes of sand and marsh in Virginia’s portion of the Bay. Its primary author is David Schulte, the veteran U.S. Army Corps of Engineers marine biologist whose 2015 study helped put Tangier at the center of a political fight over the reality of climate change.

Many Tangier residents doubt that the climate is changing despite strong evidence that rising seas and stronger storms are scouring the island away at an alarming rate, or they point to erosion as a much greater concern. Many agree with former President Trump’s assertion during a famous 2017 phone call with the town’s mayor that they have nothing to worry about from sea level rise.

Schulte’s 2015 study had suggested otherwise — in stark terms that captured headlines across the country and resounded all the way to the White House. Using historic maps and aerial photos, Schulte and his team found that two-thirds of the island had disappeared since 1850, leaving just more than 700 acres of total land. Depending on how much and how quickly seas rise, they calculated, residents would likely have to abandon the town within 25-50 years.

The study predicts that the West Ridge, one of the town’s three populated “ridges,” will convert to wetlands by 2033. That will be followed by the Main Ridge in 2035 and the Canton Ridge in 2051.

“It makes the situation on Tangier even more dire,” Schulte said.

Although many Tangier residents reject the scientific consensus that humans are causing the climate to change, their actions suggest they are heeding the threat nonetheless. Its population has plummeted from a peak of 1,100 people in the early 1900s to 436 as of 2020. During that span, the speed of that decline has been in almost lockstep with the loss of dry land on the island, the authors found.

Based on those trends, the report predicts that the last residents will leave Tangier by 2053, two years after its last wisps of uplands — dry enough to support homes and businesses — are projected to convert to wetlands.

The island is renowned for its soft-shell crab fishery and supports a handful of restaurants and bed and breakfasts. But its remote location 13 miles southwest of Crisfield, MD, with no road access to the mainland, has long stifled economic growth.

Cindy Wheatley is a town council member on Tangier and longtime resident. Half of her house is still without power after an Oct. 29 nor’easter caused widespread coastal flooding around the upper half of the Bay. The water rose to within inches of her elevated door sill, but lower-lying neighbors weren’t so lucky, she said.

“We’ve been living here since 1979, and we’ve never seen it that high,” Wheatley said. “This one got into people’s houses that never got in them before.”

She doesn’t put much faith in climate forecasts, she said. Powerful storms will erode the island’s shoreline, but the damage never seems to last for long as far as she can tell.

“It’s called shifting sands,” Wheatley said. “It goes away, and it comes back.”

Schulte’s new study was not under the auspices of the Army Corps of Engineers. He conducted the research independently, he said, as part of his doctoral work at the Virginia Institute of Marine Science. It was a family affair. His son, a high school senior named Zehao Wu, is listed as the other author.

Despite the existential threat it faces from climate change, Tangier has received little state or federal help to keep itself above water. The only significant public works project in recent years — a $2.6 million jetty completed last year on the northwest side of the island — will help reduce localized erosion, Schulte said. But it won’t stop rising seas from swallowing the land, he added.

The tone of the study toggles between alarm and frustration.

“Soon,” Schulte and Wu wrote, “the rest of the Town of Tangier will be uninhabitable due to sea level rise. The question we pose for policymakers is: ‘What will it take for you to act?’”

For more on Tangier Island, listen to Chesapeake Uncharted, a Bay Journal podcast available at bayjournal.com/podcasts or from your podcast hosting service.