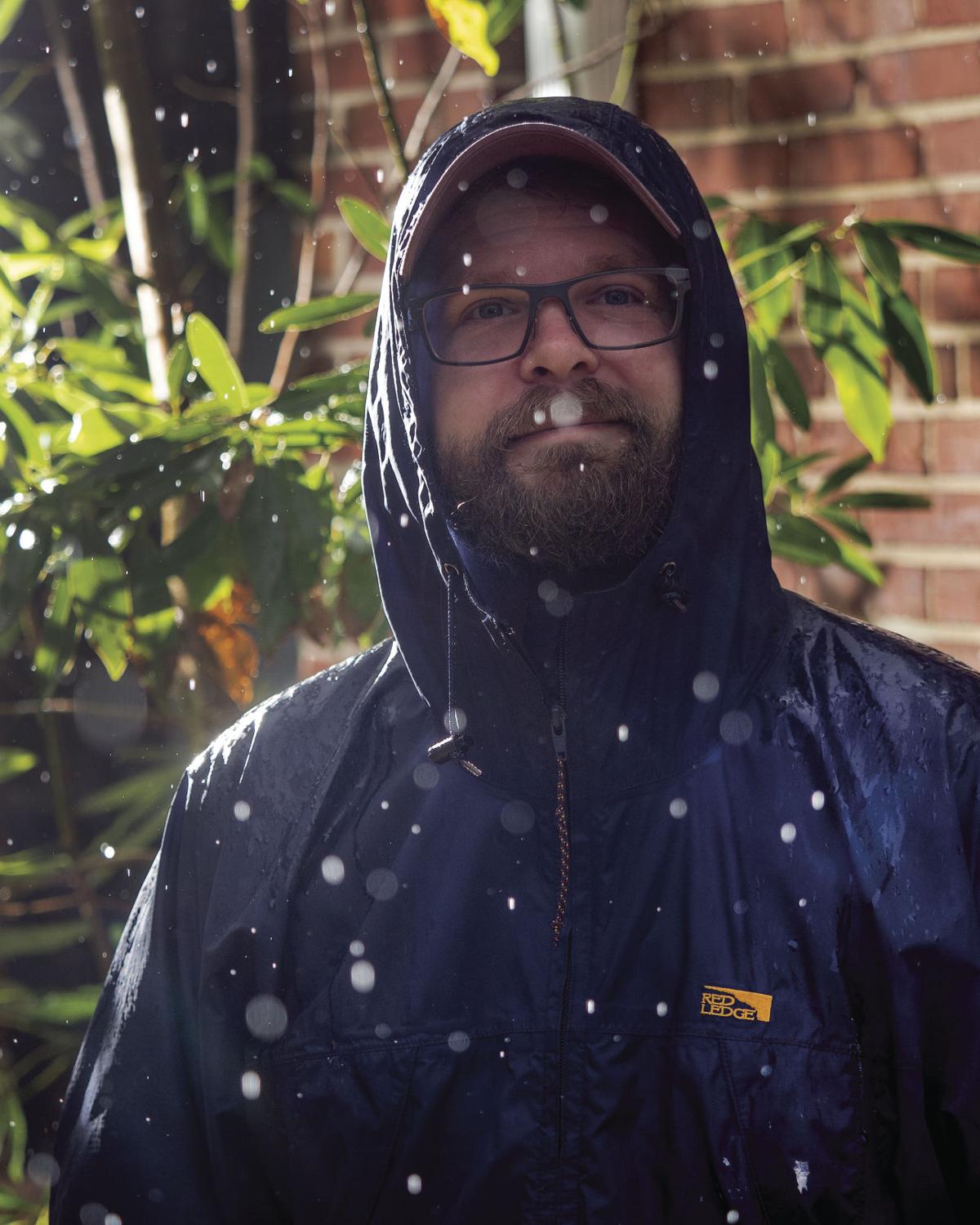 Jim Bass, manager of the Eastern Land Conservancy’s coastal resilience program, stands in the rain at the conservancy’s office in Easton. 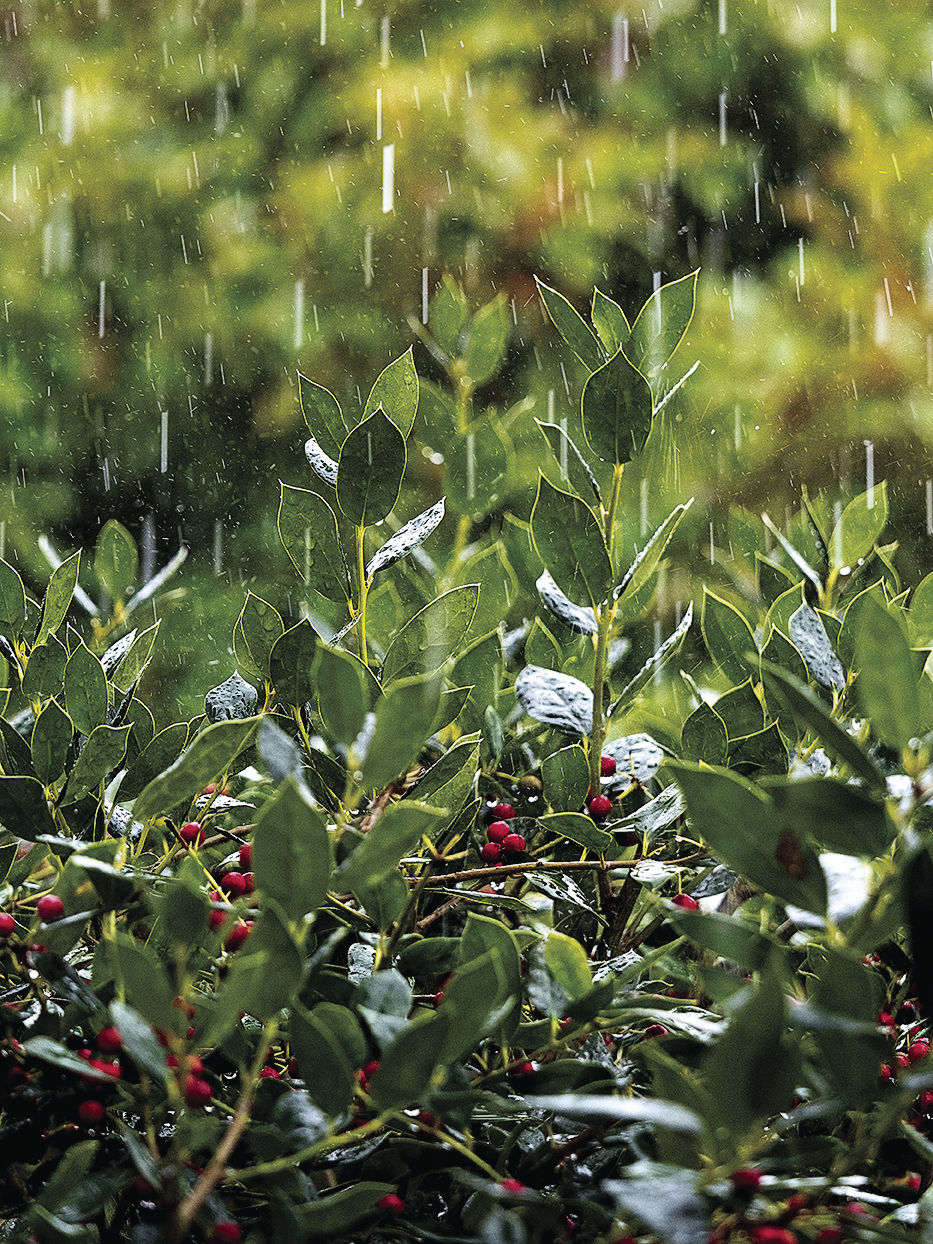 Rainfall amounts are expected to increase between 0.5 and 1.5 inches during 24-hour storm events on the Eastern Shore. 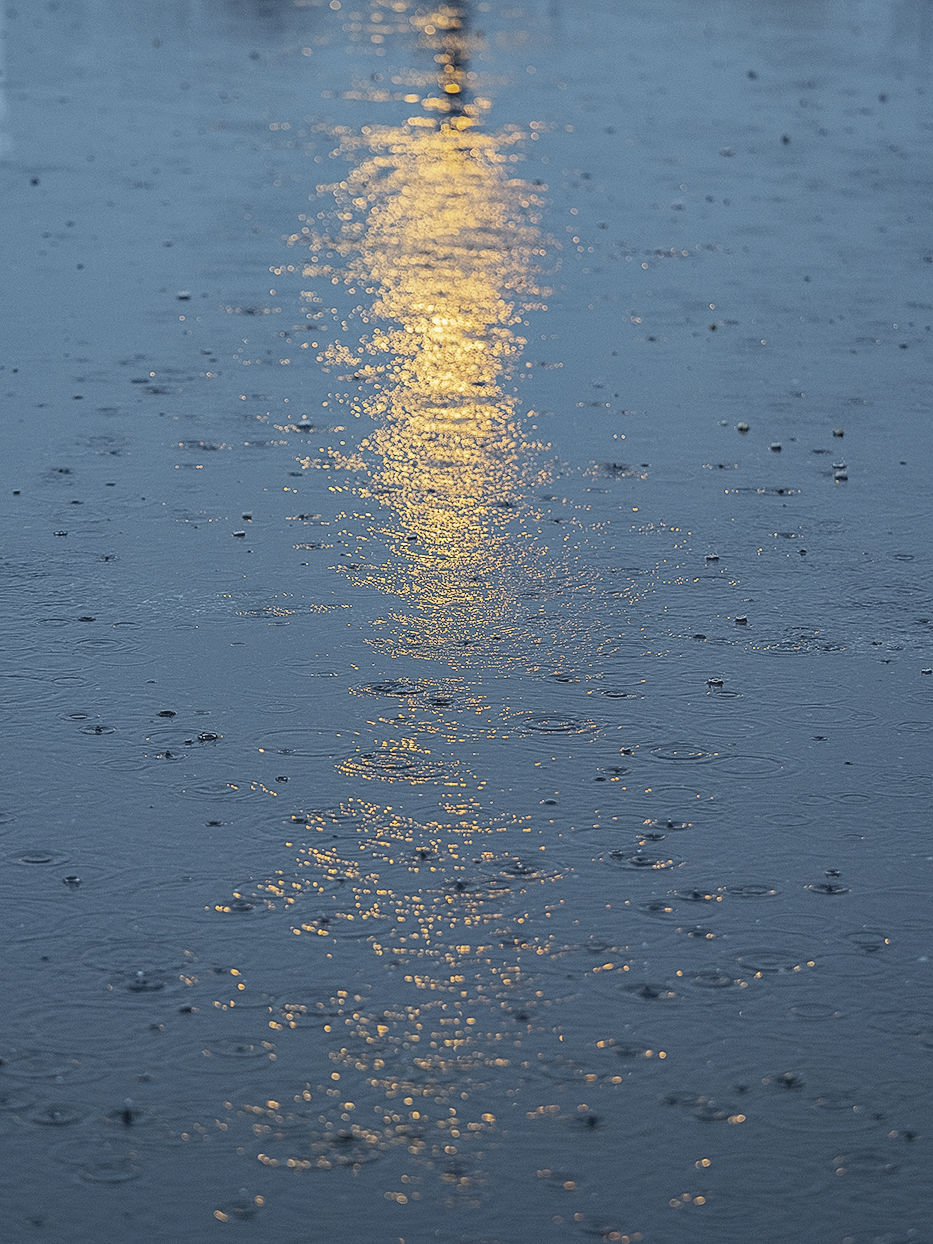 Moderate rainfall pools up on a parking lot’s impervious surface.

Climate change will fuel heavier downpours and deeper floodwaters on Maryland’s Eastern Shore, according to one of the first detailed looks at changing rainfall patterns at the local level in the mid-Atlantic.

The new report, a collaboration between the University of Maryland and Eastern Shore Land Conservancy, estimates rainfall totals and intensity for five towns on the Mid and Upper shores. It predicts that by the 2040s, a 100-year storm will dump an additional 0.5-inch to 1.5-inches of rainfall over 24 hours, depending on the location.

That might not sound like much of a difference. But when it comes to planning for new roads, drainage ditches and other types of infrastructure, it is, said Jim Bass, manager of the conservancy’s coastal resilience program.

“This was a great opportunity to bring some specificity to this phenomenon that everyone agrees is going on,” he said. “You can’t plan for what you don’t know.”

Many coastal communities across the country are struggling to get ready for rising seas, greater storm frequency and other climate-related impacts. The rural towns represented in the Eastern Shore study face a bigger challenge, Bass said, because their public works staffs and budgets are smaller than most of their counterparts.

In anticipation, his organization formed the Eastern Shore Climate Adaptation Partnership in 2016. The network’s six participating counties and three municipalities work to share costs and resources as they plan for climate change. Their goal, according to the partnership’s website, is to create “America’s Most Resilient Region.”

The rainfall study, funded by a $60,000 grant from the New York-based Rauch Foundation, brings a level of scientific understanding to those communities that many larger cities still don’t have, its backers say.

Climate scientists typically use broad brush strokes when predicting rainfall patterns decades into the future, said Kaye Brubaker, a University of Maryland researcher who co-authored the report. Even with the aid of supercomputers, they can only pin down results to square-shaped blobs with boundary lines stretching more than 30 miles apart.

Brubaker and her team took just such information from the North American Regional Climate Change Assessment Program and used a statistical process called “downscaling” to make forecasts at a more-precise scale.

“It’s almost like zooming in onto an image,” she said. “As you zoom out, you see very coarse pixels, and when you zoom in the pixels get finer and finer.”

The study forecasts rainfall for the period between 2041 and 2070, assuming a scenario in which relatively little is done to combat global greenhouse gas emissions. For a 100-year storm — the sort with a 1% chance of occurring during any given year — the study foresees the following rainfall totals over a 24-hour period:

Brubaker said the labels used to describe storms can be misleading. A 100-year storm can strike more than once every 100 years; to say it only has a 1% chance of arising per year is better, but it’s still possible for such ferocious storms to pop up once every few years or even within days of each other.

“It’s like you’re rolling a 100-sided die. Your probability of coming up with a 1 is one in 100. But there is a possibility that you could roll it two times in a row and a 1 would come up,” Brubaker said.

Those labels, though, are critical for engineers trying to decide how high to build bridges and how wide to dig stormwater ponds. If the calculations for a newly constructed highway don’t account for the shifting definition of a 100-year storm, it may be in danger of flooding more often in the future, Brubaker said.

“If the rain falls slowly, it can trickle off somewhere,” she said. But “if the rain falls intensely very fast, where’s it going to go? It’s going to pile up in your pipes and on your street.”

Another symptom of climate change — rising seas — could complicate things for local planners, Brubaker said. If coastal areas become inundated by higher tides, it will be more difficult for rainfall-driven flooding to drain away.

Brian Lightner, the zoning administrator for Cecil County in the state’s northeast corner, said the new rainfall totals will help his department develop even more localized computer models, which he hopes to use to plan stormwater projects.

“Local governments are always thinking about where we can do stormwater retrofits,” he said. “With our flood vulnerabilities being predicted, [we’ll be] looking where we can try to do some restoration to reduce some of that impact.”

Climate scientists generally agree that rainfall will continue increasing in the Chesapeake Bay region, but projections at the local level have only begun to trickle in. The Maryland Commission on Climate Change said in a 2008 report, for example, that winter rainfall amounts could increase up to 12% by 2090, but that information applied statewide.

A 2015 analysis compiled for the District of Columbia’s Department of Energy and Environment looked at a variety of storm scenarios, finding greater intensity and frequency with each. For instance, it showed that the number of days per year with 1 inch of rainfall would increase from an average of 10 to 13 by the 2080s.

In Virginia Beach, a 2018 study suggested that 100-year storms would typically produce 13.3 inches of rainfall over the span of 24 hours by 2075, up from the historical average of 9.4 inches. Such results prompted the report’s author, the Dewberry consulting firm, to recommend that the city increase rainfall intensities by 20% in its design calculations.

In its report, the Eastern Shore Land Conservancy lays out several policy recommendations of its own, emphasizing the use of “green infrastructure,” such as rain gardens and wetlands, to absorb additional water.

It is the second climate change report produced by the organization in as many years. Its sea-level rise study last year estimated a 6-foot increase on the Shore, a swell that would put nearly 6,000 buildings at risk of becoming flooded.

Brubaker said that her use of a higher-emissions scenario was a feature of the study, not a fault. It is better to plan for a worse scenario and wind up with dry roads than to hope for the best and end up under water, she said.

“I think we all need to pay attention to what we’re doing to the planet,” she added. “This [analysis] is a hint of what global-scale change might be bringing to our neighborhood.”