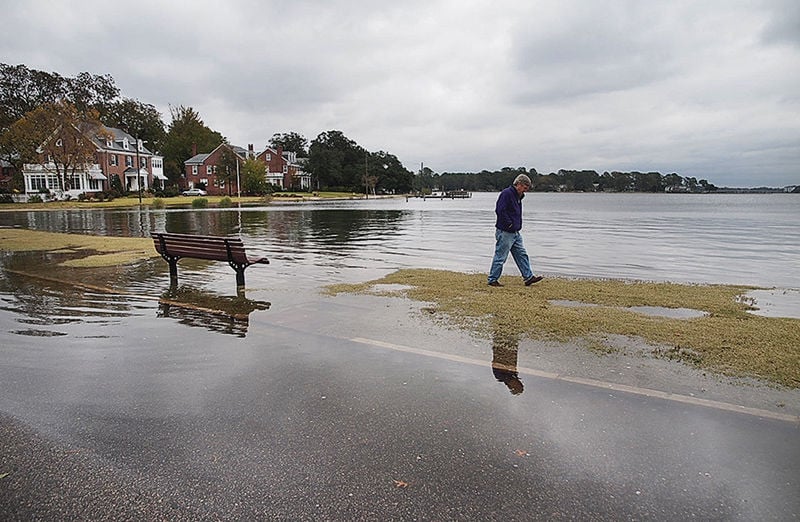 Flooding from stormwater and sea level rise are among the climate-related problems facing the Chesapeake Bay region. 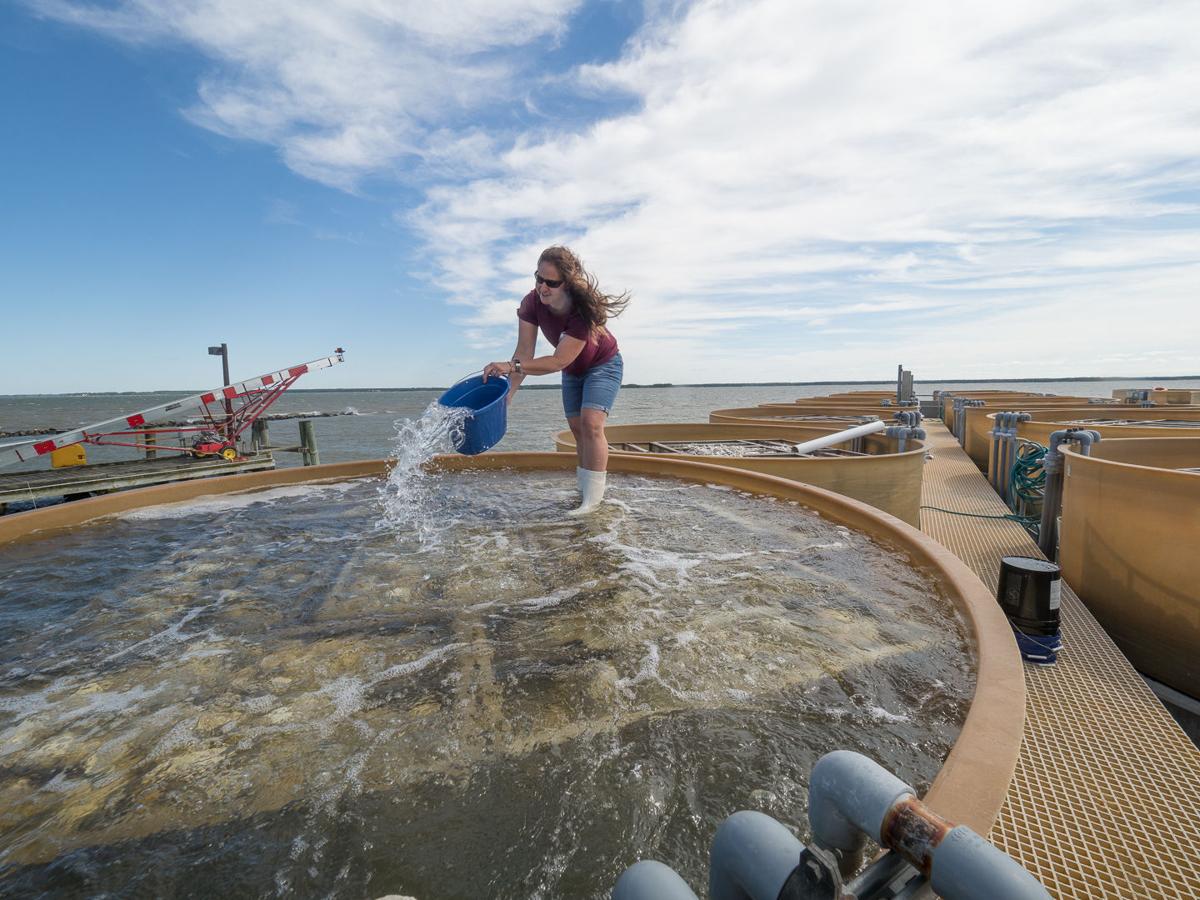 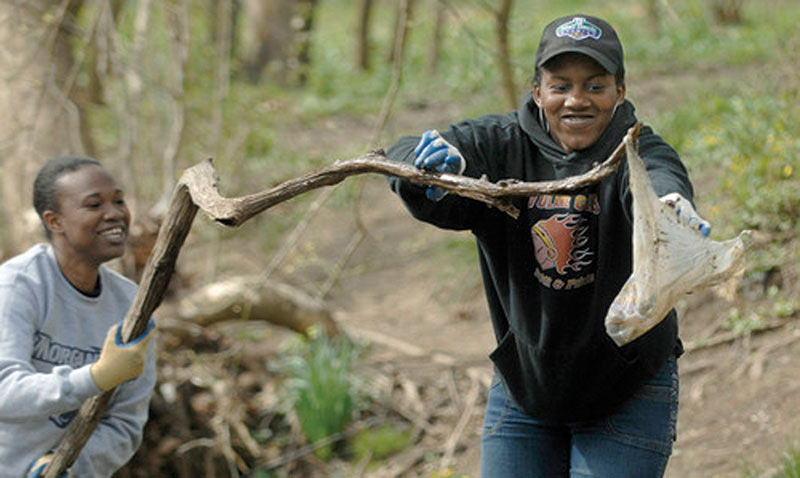 Efforts are underway in both Maryland and Virginia to pursue legislation that would reduce the use of plastic bags. Plastic bags are one of the most common items removed during stream cleanups. 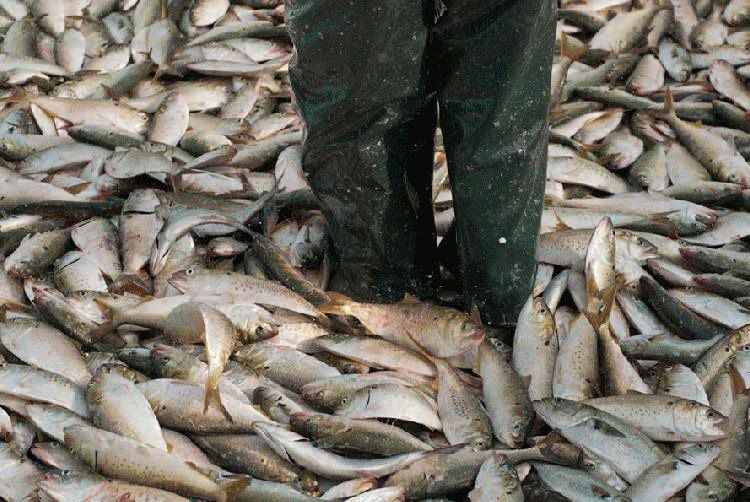 The Virginia legislature will be dealing with the issue of harvest limits for menhaden. The state faces a possible moratorium on the fishery later in 2020. 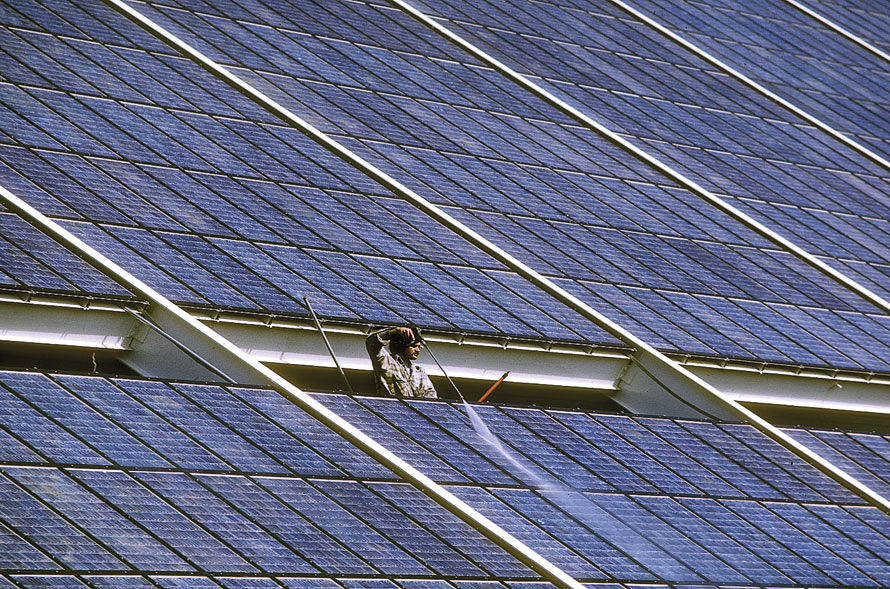 Increased use of clean, renewable energy is a key part of the plans that Chesapeake Bay states have proposed to help combat climate change.

Maryland and Virginia lawmakers are gearing up for renewed debate in the coming weeks over renewable energy and how their states should deal with the looming threats of climate change.

With both states’ annual legislative sessions starting Wednesday, their lawmakers will also revisit old controversies over protecting the environment and restoring the Chesapeake Bay, including nagging fights over fisheries management.

And, as always, funding for the Chesapeake Bay restoration could be affected as state leaders grapple with many competing needs and demands for investment.

As state lawmakers tussle over policy, politics will undoubtedly play a role.

Democrats won a majority of the seats in Virginia’s General Assembly in last fall’s legislative elections, giving the party full control of state government for the first time in 25 years. Environmental activists are hoping that could lead to breakthroughs on some issues where Republicans have been less willing to raise government spending or impose regulations.

There were no elections in Maryland last year, but a key leadership change is imminent there as well. Battling cancer, longtime Senate President Thomas Mike Miller is stepping down, ending more than 30 years at the helm. In line to replace the 76-year-old Southern Marylander is Sen. Bill Ferguson, a more liberal Baltimore legislator four decades younger.

Virginia’s General Assembly will be in session from Jan. 8 through March 7. Maryland’s legislature will convene the same day but meet a month longer, ending on April 6.

Here is a rundown of a few of the upcoming issues in each state legislature.

The bill would require the Department of Natural Resources and the state’s Oyster Advisory Commission to work with the University of Maryland Center for Environmental Science to develop recommendations for rebuilding the state’s oyster population. The bivalves have declined to 1% of their historic Baywide abundance from overfishing, habitat loss and disease, scientists say.

Supporters say the measure guarantees that any decisions will be rooted in scientific knowledge — a sharp contrast from an existing oversight apparatus criticized for changing course with political currents. And the 75% majority vote needed for any commission recommendation would ensure broad consensus among industry and environmental groups, they say.

A 2018 scientific assessment, the first of its kind conducted by the state, found the oyster population had plummeted by half since 1999. It also suggested that overfishing was taking place in 19 of 36 areas in Maryland’s portion of the Bay and its tributaries.

In his veto message, Hogan, a Republican, accused lawmakers of making an “end run” around his administration’s ongoing oyster management efforts. Democrats have a veto-proof majority in Annapolis, and the DNR already has overhauled its advisory commission in anticipation of an override.

Hogan plans to seek legislative approval of his clean energy strategy, which calls for Maryland to get 100% of its electricity from “clean and renewable” sources by 2040. On its face, the governor’s plan goes beyond the Clean Energy Jobs Act the legislature passed last year, which mandated 50% renewable energy by 2030.

Hogan’s plan would stop awarding renewable energy subsidies for burning trash or a papermaking byproduct calling “black liquor” to generate electricity. That’s something long sought by environmentalists, who are  opposed to other elements of his plan, which would include hydropower, nuclear power and even natural gas, a fossil fuel, in the clean energy category.

The state’s current goal is a 40% greenhouse gas reduction from 2006 levels by 2030, Pinsky said. With recent studies indicating climate change is happening faster than previously believed, he said the state needs to strive for a 60% reduction by 2030.

“It’s going to be a heavy lift,” Pinsky acknowledged, “but all the science says we don’t have time to waste.”

Meanwhile, Montgomery County officials are renewing their push to offer renewable energy as the primary electricity source to their residents, something they say could be a model for local governments statewide.

If a bill authorizing “community choice aggregation” passes, it would allow counties and cities to negotiate on behalf of their residents and businesses to purchase renewable electricity from energy providers. That, advocates say, would bring the state closer to its goal of getting 50% of its power from clean renewable sources by 2030.

Under the legislation, communities opting for alternative power providers would still receive transmission and distribution service from their existing utility. But that alternative supplier would become the default choice for customers.

“What makes it a game-changer is that most people don’t think a lot about where their energy is coming form and if they were asked to think about it, most people would pick 100% clean energy,” said Del. Lorig Charkoudian (D-Montgomery), the bill’s main sponsor.

The Retail Energy Supply Association opposes the legislation, saying it will lead to higher electricity prices and upset the marketplace. A similar bill died in committee last year.

Though blocked in the past few years, activists will try again for legislative bans on the pesticide chlorpyrifos and the distribution of plastic grocery and retail bags.

The House passed a ban on chlorpyrifos last year, but it died in the Senate.

Research has found that chlorpyrifos, which is sprayed on crops and fruit trees, poses health risks to young children. After a lengthy study, the U.S. Environmental Protection Agency was preparing to ban it until the Trump administration blocked the move.

“The science is crystal clear that this is something that should not be used by anybody at any levels,” said Kristen Harbeson, legislative director of the Maryland League of Conservation Voters.

After winning passage last year of a statewide ban on foam food packaging, activists are targeting plastic bags this session. Harbeson said they’re supporting a ban on retailers giving out plastic bags, plus a requirement that they charge a fee for handing out paper sacks instead.

In Virginia, Gov. Ralph Northam put forward a two-year budget proposal in December that counts environmental investments among its top priorities. His spending plan puts $400 million toward clean water and Bay cleanup goals, including money for local governments to curb stormwater pollution and upgrade wastewater treatment plants. The plan would also provide funds to farmers to control their runoff and pump an additional $10 million into oyster reef restoration.

Virginia lawmakers, who have in past years balked at curtailing the state’s lucrative industrial fishery for Atlantic menhaden, now face a federal ultimatum to lower the harvest cap or lose the right to catch any of the fish.

In December, the U.S. Commerce Department declared Virginia out of compliance with a coastwide menhaden management plan. The rare federal action comes after a fishing fleet working for Omega Protein netted more menhaden from the Chesapeake Bay than permitted by the Atlantic States Marine Fisheries Commission. The fleet hauled in 67,000 metric tons, more than 30% above the cap.

The state’s General Assembly sets fishing rules for menhaden, and Omega successfully lobbied lawmakers not to lower the catch limit. Now, however, Virginia has until June 17 to adopt and enforce the commission’s two-year-old cap on Bay harvests.

If lawmakers fail to act, a menhaden moratorium would hurt not only Omega, which operates a fish processing plant in Reedville, but nearly 200 independent watermen who catch and sell menhaden as bait to catch crabs and other fish.

Virginia Gov. Ralph Northam has made reducing greenhouse gas emissions one of his top legislative priorities this session.

His budget proposal includes language removing a state ban on participation in the Regional Greenhouse Gas Initiative, a multi-state program aimed at curbing carbon pollution from power plants. The governor also plans to seek legislative authorization to join the cap-and-trade program with Maryland, Delaware, New York and six other states in the Northeast.

“That could not be more important in getting our carbon use where it should be,” she said, “but it also has the added benefit of reducing the nitrogen oxide that comes from these [industrial] facilities that pollutes our waterways.”

Northam signed an executive order last September calling for the state to use 30% renewable power by 2030 and to be 100% carbon-free by 2050. To the cheers of activists, four Virginia lawmakers announced in December they would introduce legislation to lock in that carbon-free goal.

Previous efforts to ban or tax plastic grocery bags have fallen short at the statehouse. But the emergence of a Democratic majority has renewed optimism in the movement.

A bill sponsored by Sen. J. Chapman Petersen (D-Fairfax City) would impose a 5-cent tax on each bag provided to customers at stores lying inside the Bay watershed. Money raised by the tax would finance projects related to the state’s Bay Watershed Implementation Plan. Just more than half of the state’s land — about 15 million acres — lies inside the Chesapeake’s drainage area.

Another proposal sponsored by Sen. Adam Ebbin (D-Alexandria) would allow participating local governments to charge a 5-cent tax on paper or plastic bags, regardless of the location within the state. The legislation doesn’t specify how the localities should spend the revenue.

Both measures exempt certain bags, such as those used to carry perishable food items and containers of alcohol. Businesses would be allowed to keep one cent of the tax in each case.