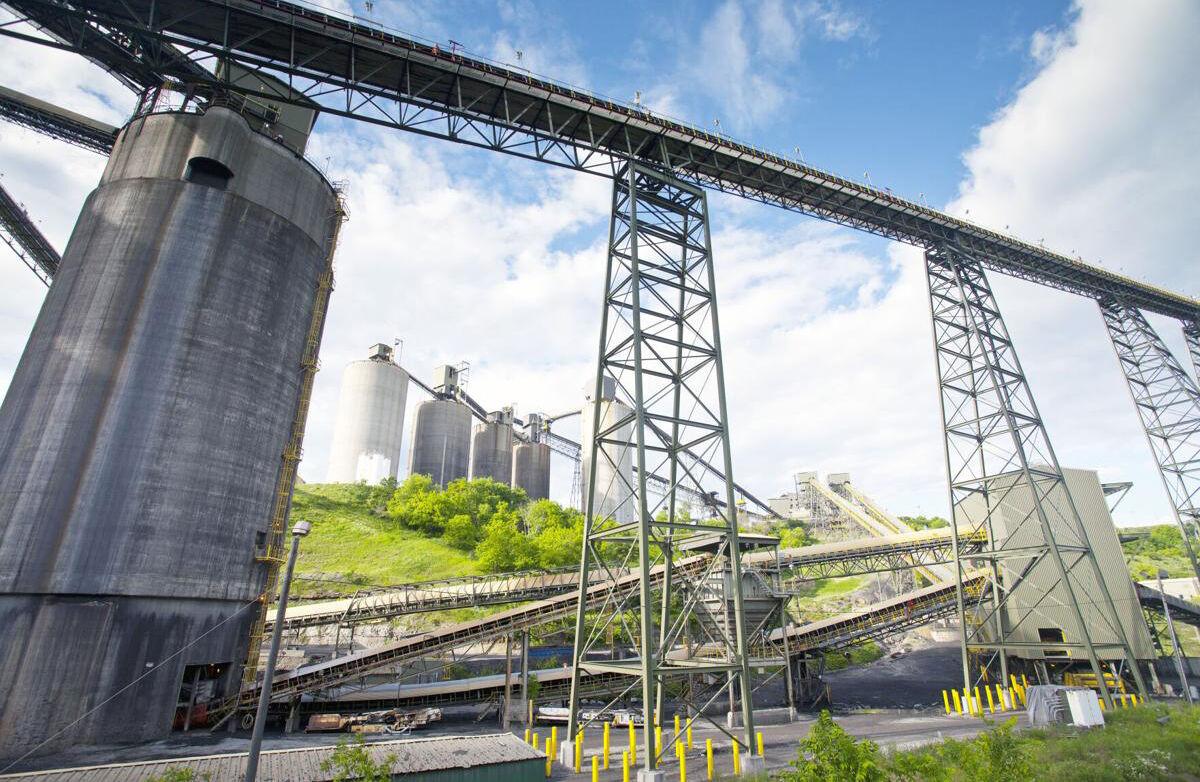 Consol Energy’s Pennsylvania Mining Complex, the largest underground coal-mining operation in the U.S., could be the site of a 300-megawatt power plant that would capture and bury carbon dioxide. (Consol Energy) 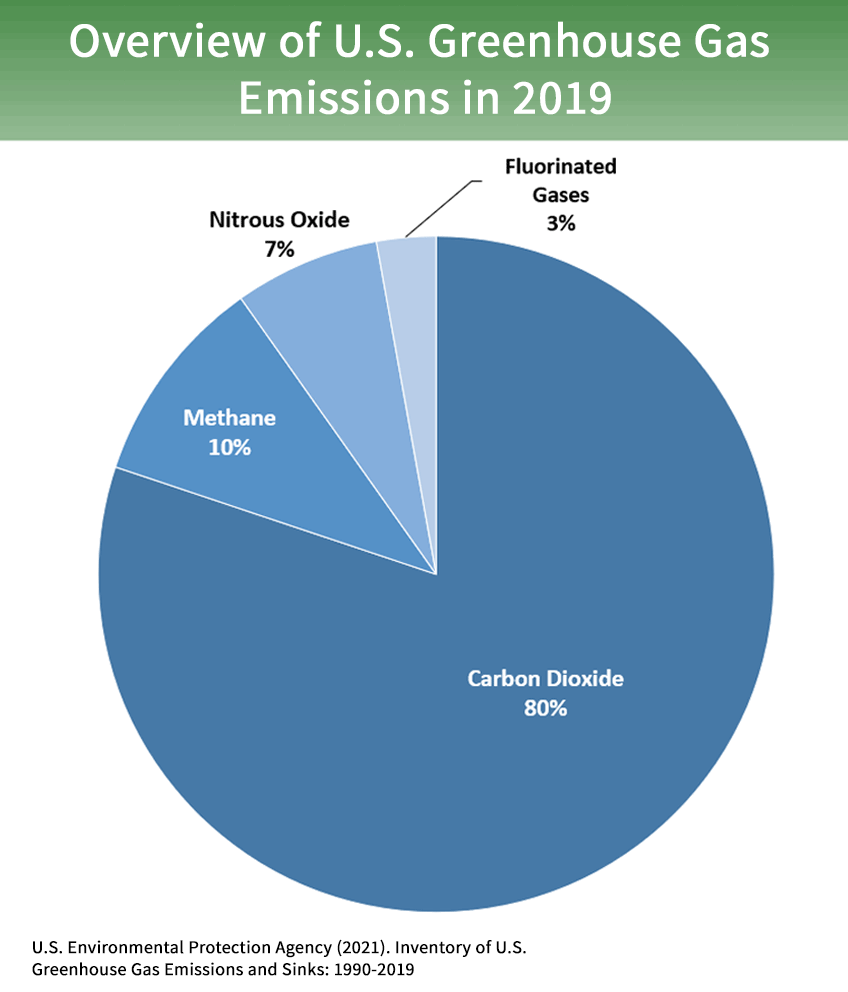 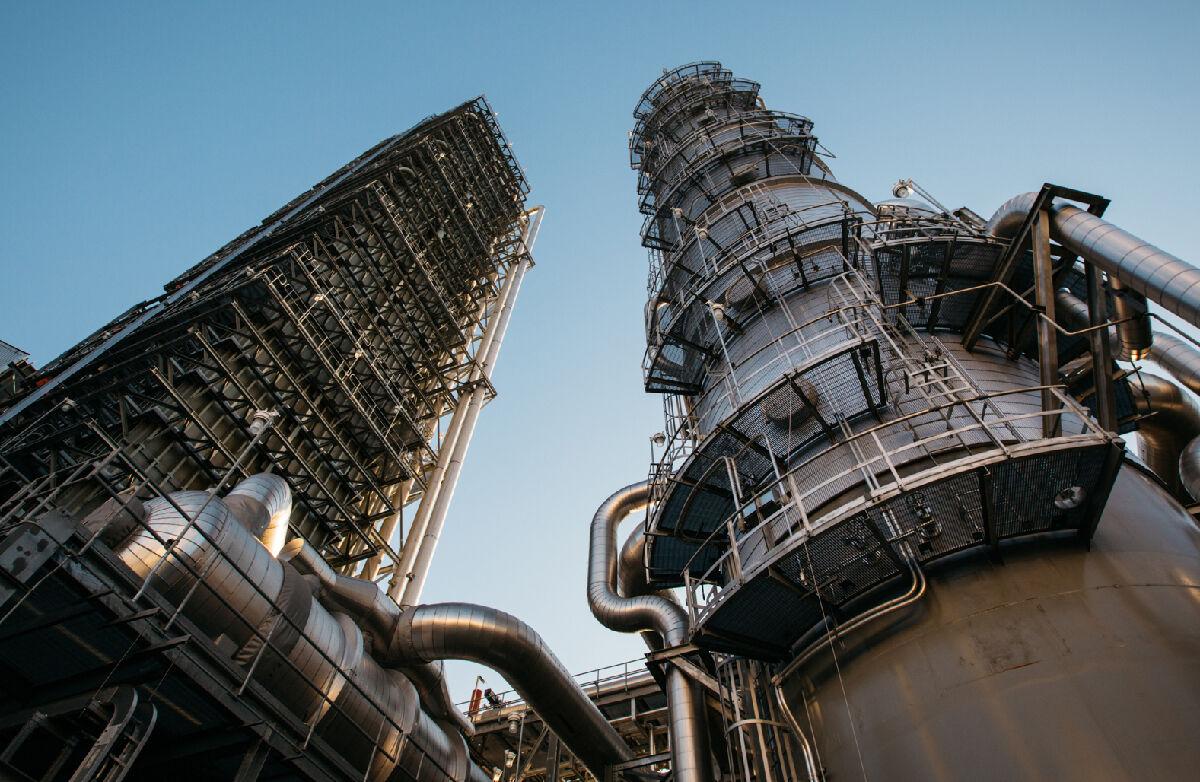 The Petra Nova coal-fired power plant in Texas was the world’s largest carbon capture and storage operation. But it was mothballed in 2020. (NRG Energy)

Pennsylvania is ideally suited to help the nation fight global warming by becoming a leader in the effort to capture and store emissions of carbon dioxide, state officials say.

Their quest has just received a jolt of legitimacy from President Joe Biden’s massive climate plan, which calls on a greater nationwide effort to capture, store and re-use carbon dioxide.

In the battle to slow global warming, carbon dioxide is the chief target. Studies by the U.S. Environmental Protection Agency show that CO2 accounts for the vast majority of heat-trapping greenhouse gases emitted by the U.S. from 1990–2019. Concentrations of CO2 in the atmosphere have risen approximately 47% since 1750, mostly from the burning of fossil fuels for energy.

Strategies for capturing carbon from fossil fuel power plants, to prevent it from entering the atmosphere, have long lingered on the sidelines. But the concept has remained a source of hope for an increasingly marginalized coal industry struggling to sustain production.

To make the mass collection of CO2 economically feasible, the U.S. would need to develop a vast network of pipelines to transport the gas, mainly in liquid form. It would also need industrial hubs where CO2 could be stored underground or diverted to other uses.

Pennsylvania wants to be one of those hubs. Advocates say the state is well positioned for carbon storage, touting its deep-underground, porous rock reservoirs as places to safely store large amounts of carbon. Those reservoirs are 2 or more miles underground in the state’s western and northern reaches.

“There is no better place to do [both carbon capture and storage] than right here in Pennsylvania,” Denise Brinley, executive director of the Pennsylvania Office of Energy, told state senators at a March meeting.

The practice of carbon storage is hotly debated.

Some scientists and energy experts say the U.S. can’t wholly abandon fossil fuel as it ramps up renewable energy sources. Fossil fuel, they argue, will still be needed in the near term as a backstop for the intermittency of solar and wind power and to keep consumer power bills affordable. Carbon capture and storage could help lessen the environmental impact of the fossil fuel production that they say must continue.

But some in Congress and some — not all — environmental groups see carbon capture as perpetuating the use of fossil fuels and prolonging the inevitable need to make a fundamental switch to renewable energy.

“Carbon capture, utilization and storage are all predicated on [continuing to do] a terrible thing. People are worried that it is a scam, that it is dangerous and will keep fossil fuels afloat,” said Tamara Toles O’Laughlin, a national climate strategist from Baltimore who has worked for a number of environmental and human-health groups.

While there are 10 large-scale carbon capture operations in the U.S. — virtually all of them using liquified carbon to force the last drops of oil out of nearly depleted deposits — the practicality and safety of indefinite underground storage has yet to be proven.

Environmentalists are concerned about the possible leakage of CO2 stored underground. They also worry that the injections could touch off small earthquakes, similar to those that were triggered in Ohio and Texas by underground injections of wastewater from natural gas and oil drilling.

“Injecting bad stuff inside the Earth isn’t anything more than an experiment, and a very expensive one,” Toles O’Laughlin said. “We can’t continue to alter the makeup of the Earth without consequences.”

The pipeline network would have costs and environmental impacts, too.

Nevertheless, the belief that carbon capture is part of the climate solution is firmly embedded in Biden’s climate change plan, which doesn’t anticipate achieving a carbon-free electricity sector earlier than 2035.

“Because renewable energy may be variable or intermittent, dispatchable fossil energy with carbon capture, utilization and storage will continue to be necessary … during the energy transition,” said Brian Anderson, director of the U.S. Department of Energy’s National Energy Technology Laboratory.

Pennsylvania is banking on it. Gov. Tom Wolf in late 2019 created a task force to look at the state’s potential for capturing, storing and using CO2. Meanwhile, three state agencies, along with Penn State University, are busy doing research to support the prospects of Pennsylvania becoming a regional carbon-capture and storage hub.

What, where and how

Carbon dioxide can be captured from the exhaust of power plants and other industries either before or after combustion.

Before natural gas is burned, hydrogen and CO2 can be separated out. The hydrogen can then be burned without pollutants, and the CO2 can be compressed for transport to storage sites or to make products, such as cement, plastics, pharmaceuticals and even hydrogen fuel.

In coal plants, the CO2 can be captured as the gas exits the flue by pumping it through an ammonia-based solution.

The opportunities for carbon capture retrofits of all kinds abound in Pennsylvania. Industries and power plants rank the state fifth in the nation for total carbon emissions.

In terms of underground storage, the Pennsylvania Geological Survey estimates the state could sequester 1.4 to 4.4 billion metric tons of CO2 in its briny underground reservoirs. The saltwater absorbs and safely stores the gas. The high end of that estimate would be enough storage to offset nearly two years’ worth of carbon pollution from cars in the United States.

In Pennsylvania, billions of tons more capacity may lie in the cavities left by oil and gas extraction from deposits a mile or so below the surface. Much more storage may be found 1–4 miles down, but it would take expensive remote sensing, deep drilling and coring to find out.

“Our focus is deep geology, because that’s what we know least about,” said Kristen Carter, Pennsylvania’s assistant state geologist. “You need to know the starting pressure in a [saline] reservoir and the stress regimen. You need to have a cap rock that serves as a seal. There is a certain amount of risk with that … You don’t want to inject at a pressure higher than [that of the overlying rock layers]. You could have negative impacts … and perhaps cause seismic activity.”

Several months ago, the state was the first to sign a memorandum of understanding with Maryland, Kansas, Louisiana, Oklahoma, Wyoming and Montana, joining forces to prepare for regional CO2 storage hubs, including pipelines and underground storage.

In October, the group will announce an action plan for removing barriers to easy, cross-state movement of captured CO2.

Storing CO2 probably will not be enough to make continued use of fossil fuels palatable for some. It will likely also require widespread use of the captured greenhouse gas in manufacturing of chemicals, industrial products and even new energy production.

Here, too, Pennsylvania wants to be a front-runner, hoping to roll out two, high-priced demonstration projects in the next few years.

Consol Energy, which has the nation’s largest underground coal mining complex in western Pennsylvania, hopes to begin construction in 2024 on a 300-megawatt power plant with “less-than-zero” CO2 emissions.

The plant would produce power by burning low-quality coal left behind in waste piles, combined with grasses, woody crops and perhaps even waste from hemp grown on 25,000 acres of surrounding private land.

The facility would then capture and bury emitted carbon, likely in depleted natural gas wells, or sell it to oil and gas companies for use in nearly depleted deposits. The vegetation grown to partly fuel the plant would also remove CO2 from the atmosphere, theoretically bringing the plant’s footprint to a net reduction of the gas.

The project is one of four chosen to split $80 million from the U.S. Department of Energy to build “the coal plant of the future.”

Another project is a proposed $400 million manufacturing plant in Clinton County that will use natural gas to make hydrogen fuel and other products, then bury unused CO2 on site. The company, KeyState Natural Gas Synthesis, says the plant has a startup target of 2023 and would be the first in Pennsylvania to operate natural gas wells with onsite carbon capture and storage technology. The plant would annually store an amount of CO2 equal to that emitted by 21,604 vehicles annually.

The plant would mix the captured CO2 with ammonia to produce urea, which is used in diesel exhaust systems to reduce nitrogen oxide emissions. It would also capture and bury methane emissions from the wells, part of the equation for reaching net-zero greenhouse gas emissions.

Biden’s $2.2 trillion infrastructure plan includes a number of financial incentives for carbon capture. It calls for expanding tax credits for building underground storage and for retrofitting power plants and hard-to-decarbonize industries for carbon capture, as well as for technology that captures CO2 directly from the air.

The plan also calls for financing 10 “pioneer” commercial-scale projects that would retrofit large steel, cement and chemical production facilities to capture, use and store CO2.

It would provide $5 billion to fund the SCALE (Storing CO2 and Lowering Emissions) Act, a bipartisan bill introduced in Congress in March to fund and offer tax incentives for pipeline construction and other infrastructure to transport captured carbon to storage sites.

“The president’s plan effectively signals that carbon capture will be a major priority in any infrastructure package, and that it represents one of the most important areas of common ground on climate policy between Democrats and Republicans and the president and Congress,” said Brad Crabtree of the Carbon Capture Coalition.

The bill has the support of a number of national environmental groups, as well as state groups like the Pennsylvania Environmental Council and The Nature Conservancy in Pennsylvania. “It’s clear that a robust mix of climate strategies is needed,” said Lori Brennan, executive director of the conservancy. “Carbon capture, storage and use need to be part of this conversation.”

Despite the Biden administration’s strong support, it’s still far from certain whether those strategies will become a linchpin in the nation’s move to a cleaner energy future.

An abiding tolerance for widespread carbon capture would require the broad policy shifts and subsidies that allowed solar and wind energy to get a foothold. But advocates are encouraged by the fact that they’ve seen support from both sides of the aisle in Congress.