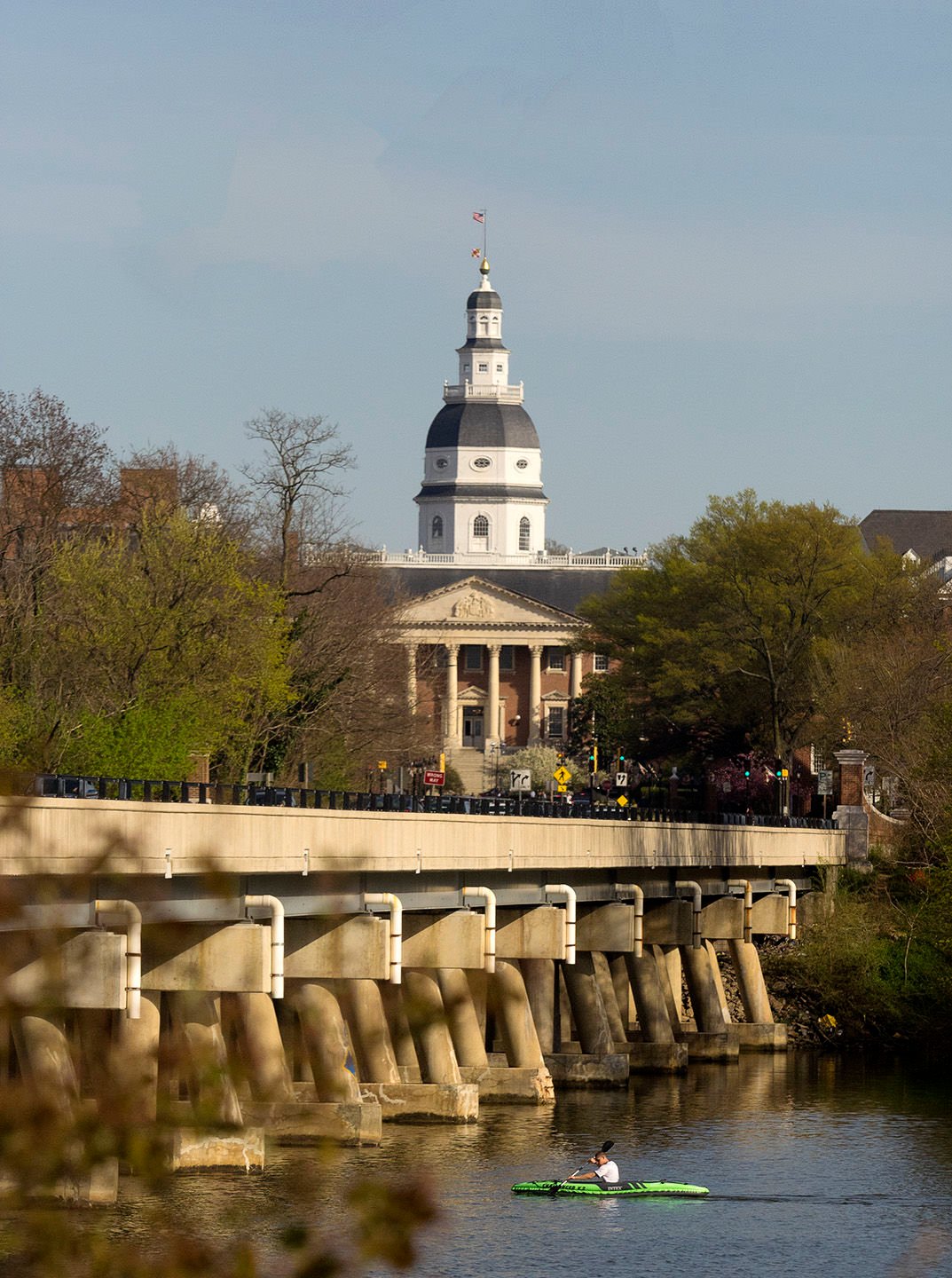 The Maryland General Assembly failed to pass any major climate-related legislation during its shortened session. 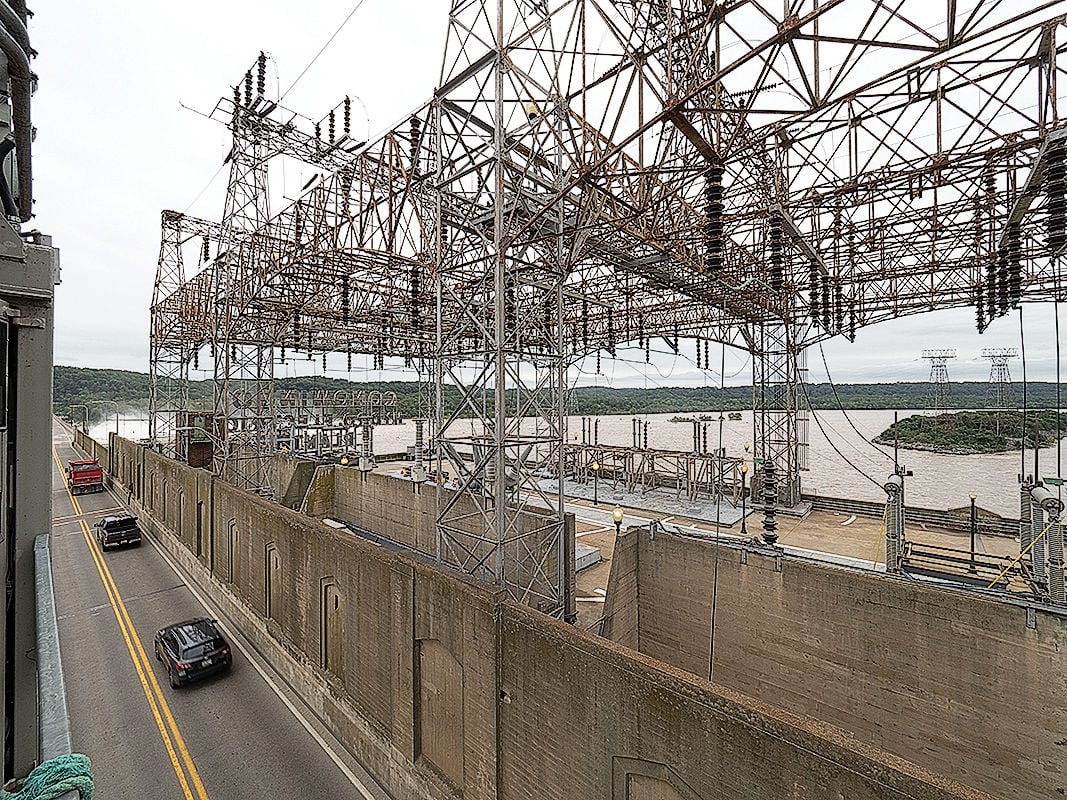 A measure failed to get out of committee during the 2020 Maryland General Assembly that would have blocked the deal Maryland struck last year with Exelon Corp. over addressing the environmental impacts of the Conowingo Dam. 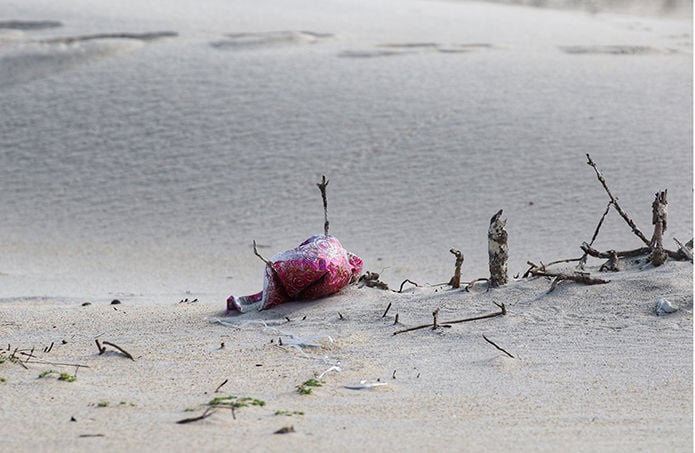 A mylar balloon is washed up on a beach on Assateague Island in Maryland. Communities are increasingly looking at banning the mass release of balloons, which pose a threat to wildlife. 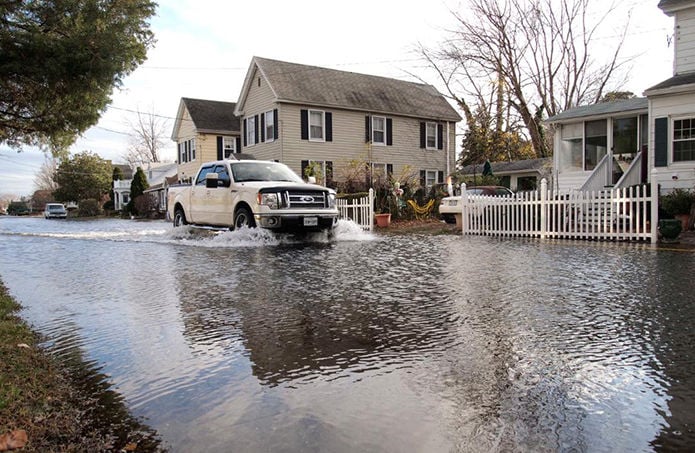 In a legislative session cut short by the coronavirus pandemic, Maryland lawmakers approved a ban on an agricultural pesticide and passed a handful of other environmental bills before hurrying home Wednesday.

But the General Assembly’s first work stoppage since the Civil War stalled dozens of bills that looked highly likely to pass. That number encompassed several environmental and climate change-related measures that will have to wait until a possible special session during the last week of May.

“I don’t think this is a session like anybody has ever seen,” said Kristen Harbeson, political director for the Maryland League of Conservation Voters. “There were a lot of things we were hoping to get done that we just weren’t able to.”

Many bills that conservationists supported sailed through one chamber or the other. But as lawmakers and a skeleton staff rushed to finish the state’s business during the session’s final days, some of that legislation got left behind, groups say.

Here are the key environmental steps that were taken and not taken during the legislature’s 71 days together.

In the session’s closing minutes, lawmakers handed environmentalists perhaps their biggest victory: a ban on the hard-to-pronounce pesticide chlorpyrifos (klor-PEER-uh-foss).

“No one should learn how to say it because no one should be able to use it,” Harbeson said.

Pulled from residential use since 2000, chlorpyrifos has remained popular among farmers for controlling crop pests. But it has been linked to premature birth, childhood cancers and asthma. It’s also been found to harm wildlife.

The U.S. Environmental Protection Agency had been on the verge of banning it nationwide until the Trump administration blocked the move. Maryland lawmakers came close to banning it last year.

The bill now heading to Gov. Larry Hogan’s desk phases out its use, barring aerial application by Oct. 1 and prohibiting virtually all uses by the end of 2021. Maryland is the second state after Hawaii to ban the chemical through a legislative process; California and New York blocked it through regulations.

No major climate legislation passed the finish line during the session.

A bill backed by environmentalists would have accelerated the state's reduction of greenhouse gas emissions. It would have required a 60% decrease by 2030, instead of the state's current 40% goal, and net-zero emissions by 2045. It didn't get out of committee.

A similar fate befell a Hogan administration bill that aimed to get 100% “clean” electricity by 2040. It included provisions to strip renewable energy subsidies for burning municipal waste and “black liquor,” a byproduct of paper production. But it also would have included some new nuclear and natural gas facilities, which environmentalists vehemently opposed. An administration bill did pass that provides fee and tax breaks for siting renewable energy projects on brownfields.

Lawmakers also approved two bills that could provide “resiliency” funding to localities to help pay for infrastructure and other measures to mitigate sea level rise or flooding.

A measure died that would have removed a paper-making byproduct known as black liquor and waste-to-energy plants from the list of “Tier I” renewable energy sources.
Agriculture

One bill that did pass will make it easier for farmers to get government funds to plant trees along streams and put in other permanent measures to filter nutrient pollution out of runoff.

Alison Prost, Maryland executive director of the Chesapeake Bay Foundation, called it “a step forward for the future of farming” in the state. In addition to helping finance more riparian buffers, she said the bill could help farmers switch to more environmentally friendly rotational grazing of livestock.

“These are practices we’ll need for soil health, carbon sequestration and for water quality,” Prost said.

Meanwhile, an effort to temporarily halt the construction of large-scale poultry farms on the Eastern Shore failed to get out of committee. The bill would have prohibited the Maryland Department of the Environment from approving permits until Sept. 30 for any new or expanding farms with at least 300,000 birds. Supporters said their goal was to protect the region’s air and water quality until more can be done to deal with excess poultry manure generated by the industry on the Shore.

Early in the session, the Assembly overrode Hogan’s veto of legislation passed last year that called for a fresh approach to the state’s fractious management of oysters.

Hogan objected to lawmakers interfering with his administration’s handling of the ecologically and economically important shellfish. But environmentalists contended that the Department of Natural Resources has catered to watermen by trying to open oyster sanctuaries to harvest and by not moving forcefully enough to end overfishing.

The new law, which takes effect in April, calls for the DNR to revise the state’s oyster management plan with the help of scientists and the consensus-based recommendations of a new advisory commission. Legislators passed a separate bill late in the session that gave the commission until Dec. 1, 2021, to make its final report. It also clarified that the agency may not alter or reduce the sanctuaries until the rewrite is done.

Environmentalists were surprised to learn that a ban on intentionally releasing balloons failed, despite slightly different versions being approved by wide margins in both chambers. They chalked it up to an oversight.

Also falling short was a bill that would have curtailed plastic bags for retail use by July 2021. It would have further required businesses to charge customers 10 cents for each paper bag, though they could have kept the proceeds. The measure passed the House but failed to get a vote before the full Senate.

A measure that failed to get out of committee would have blocked the deal Maryland struck last year with Exelon Corp. over addressing the environmental impacts of the Conowingo Dam.

Environmental groups and Eastern Shore local officials complain the deal falls far short of remedying the ecological harm the dam has caused in the lower Susquehanna River and Upper Bay. Exelon and state officials defend the agreement, saying it will start addressing the harm now rather than continuing their years-long dispute.

The Federal Energy Regulatory Commission is weighing whether to approve the settlement and issue a new 50-year license for the hydropower facility.

Lawmakers did enact restrictions on the use of fire-fighting foam that contains water-contaminating toxic chemicals known as per– or poly-fluoroalkyl substances.

PFAS, as they are called, are widely used in the foam that military and civilian fire companies spray on plane crashes and other fuel fires. But PFAS contamination has been found in more than 600 sites nationwide, including eight in Maryland, many of them associated with use of the foam. Authorities are working to develop less-problematic alternatives. In the meantime, the bill would allow the foam’s use for fighting actual fires, but not in training exercises as of October 2021.

The toothy, invasive fish known as the northern snakehead has been multiplying in many Chesapeake Bay tributaries since at least 2002. A recent study conducted by the U.S. Fish and Wildlife Service and the DNR suggests for the first time that the species is wreaking havoc on aquatic ecosystems.

Legislation passed this session allows snakeheads to be harvested commercially using hooks and lines. Previously, only bows and arrows were allowed.