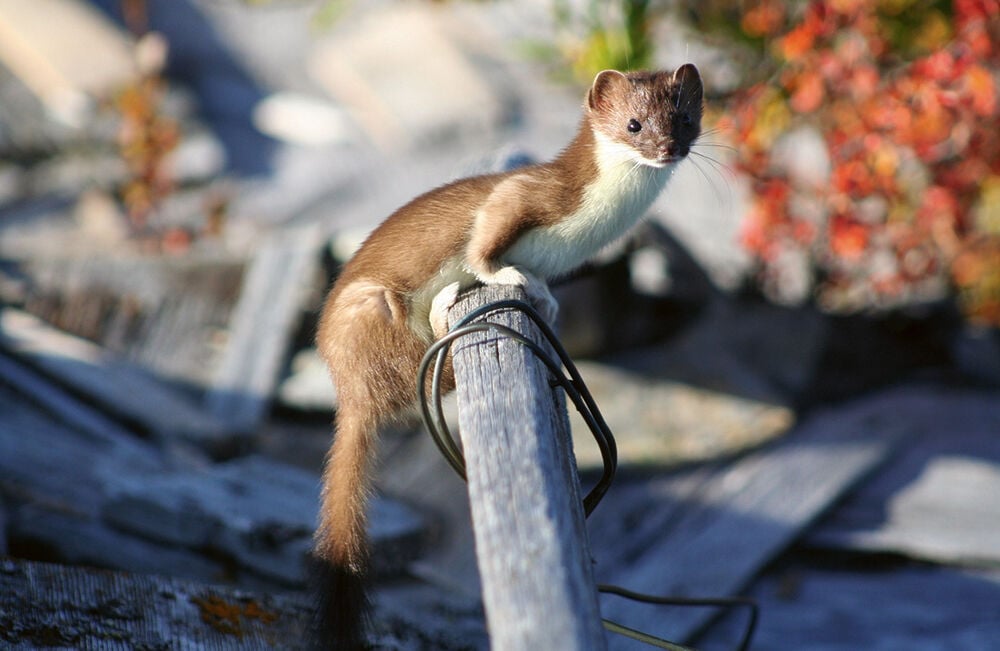 The least weasel’s thin body makes it easy for it to get into tight places when chasing prey or escaping predators. (Jean Beaufort/PublicDomainPictures.net) 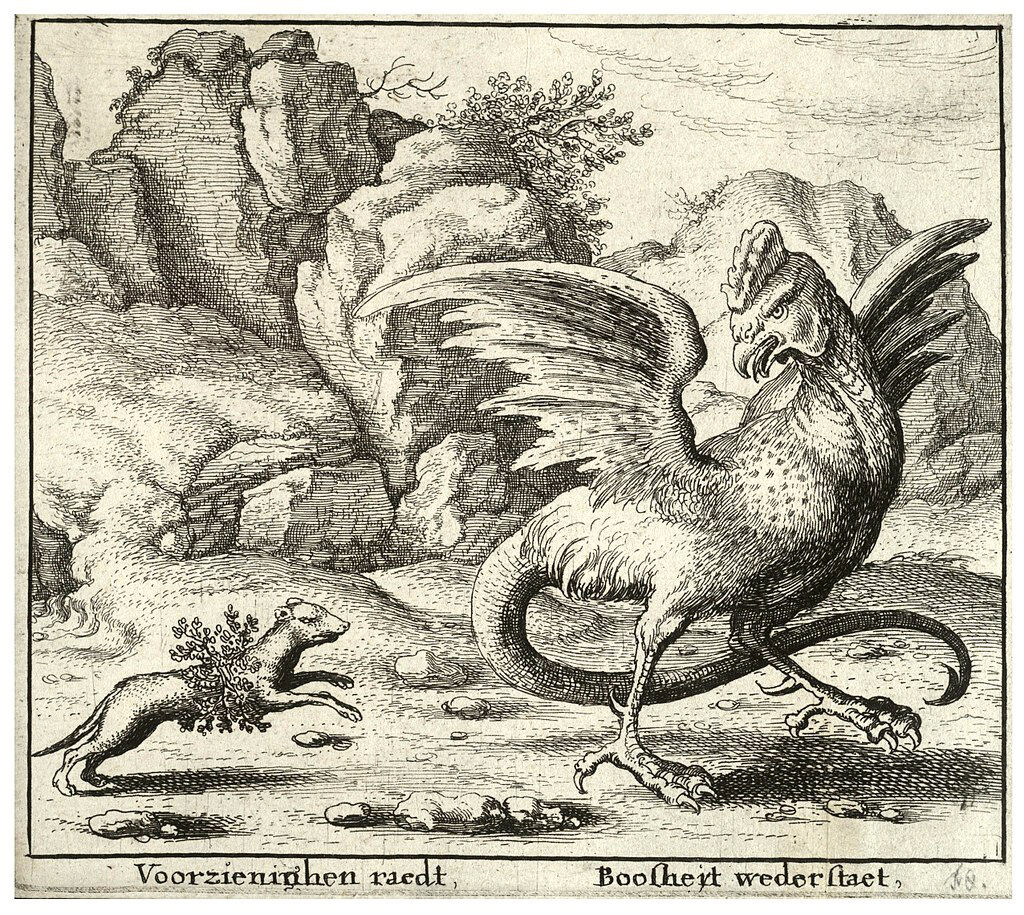 The fierceness of the least weasel, the world’s smallest mammal predator, earned its reputation as the killer of some of the most feared medieval monsters, here a basilisk. (University of Toronto Wenceslaus Hollar Digital Collection) 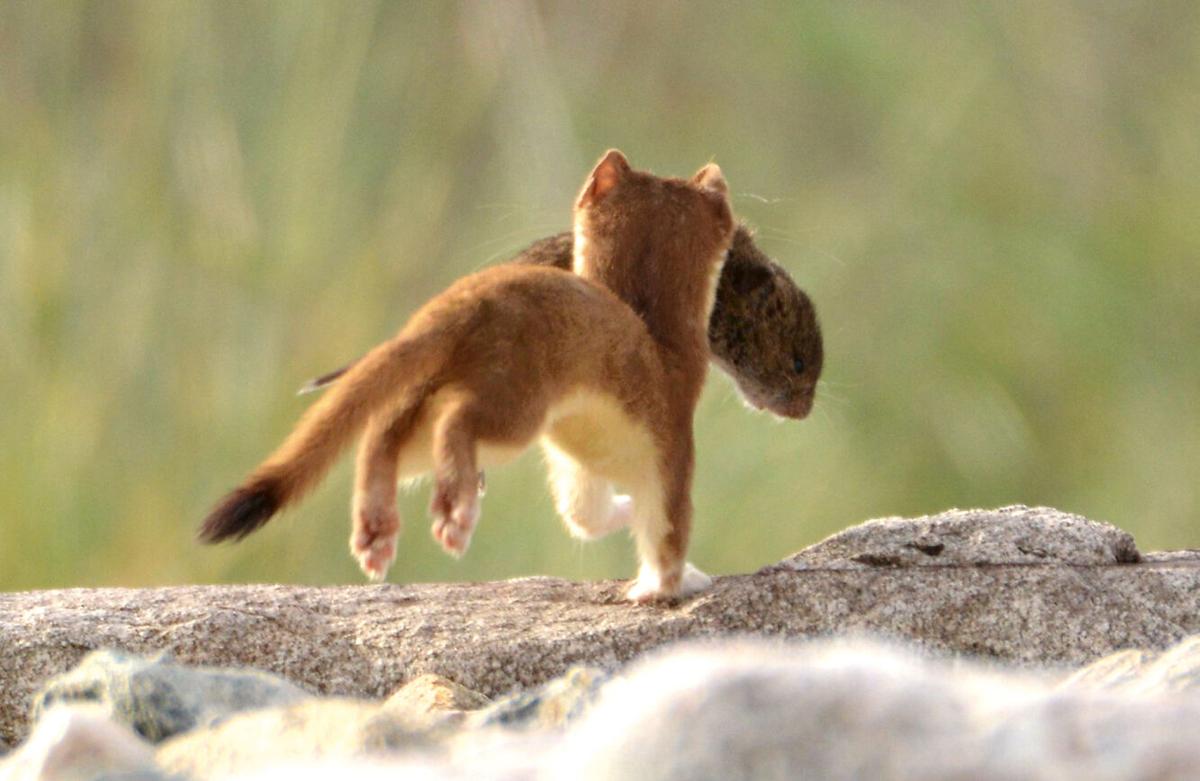 A long-tailed weasel scampers off with its prey, a vole. (J. Barney / U.S. Fish and Wildlife Service) 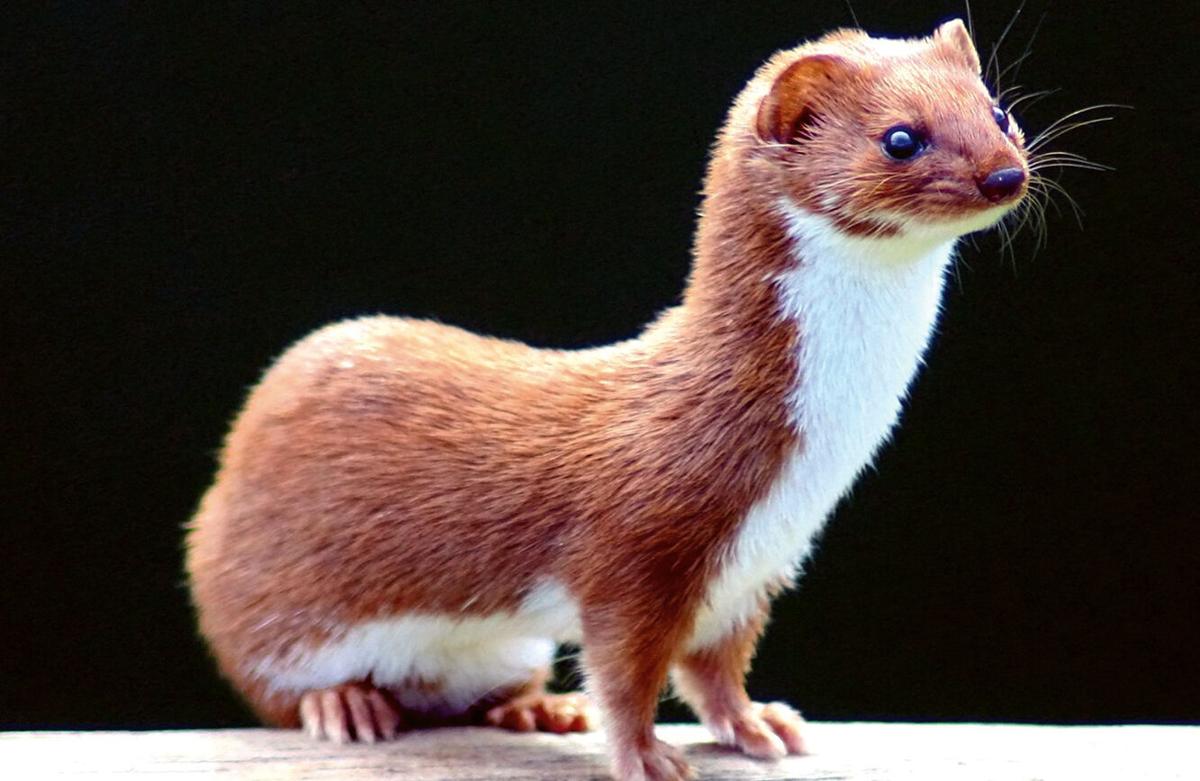 Did you know that content weasels can purr like a kitty? Aww… And just look at those cute little critter photos. But don’t let those furry little faces fool you. Here are some fierce facts (and one fantastic fiction) about weasels, followed by a quiz.

Not so itty-bitty bite: The needlelike teeth of a weasel have a bite strength of 150 pounds per square inch. For comparison, humans have a

Who are you calling a sucker? Weasels kill their prey with a quick, crushing bite to the jugular. The copious amount of blood that stained the beasts’ faces led to the mistaken belief that they were bloodsuckers.

Zombeasels! Weasels can eat their entire prey — skin, bones and organs. If food is overly plentiful, though, they may eat only part of their prey. The favorite tidbit is brains.

Warrior weasels: Plagued by a basilisk, a monster with a deadly gaze and venomous spit? According to Leonardo da Vinci, “[The weasel] finding the lair of the basilisk kills it with the smell of its urine, and this smell, indeed, often kills the weasel itself.” (Author’s note: That last part stinks!) First Nations Algonquian tribes of North America credit the weasel with the ability to kill a wendigo, a voracious man-eating monster. (This is the fiction, by the way.)

What do you call an army of weasels? Groups of weasels go by gang, colony, pack, sneak, confusion and — boogle.

Chicken feed: Weasels often get a bad reputation for hen homicides. But maybe it’s a small price to pay for all of the mice and rats that weasels eat.

No one is sure of the original meaning of the song, Pop Goes the Weasel. What is known is that weasels are able to pop in and out of holes with such agility that hunters sometime believed that they were able to dodge bullets!

The Chesapeake watershed is home to two weasel species: the least and the long-tailed weasels. Here is a pop quiz to see if you can tell them apart. Answers are below.

1. I am the most widespread weasel in the Western Hemisphere. I live in all six Bay states and the District of Columbia.

2. I am only found in Pennsylvania, Virginia and West Virginia.

3. I am the world’s smallest mammal carnivore. I weigh 2–5 ounces (the weight of 10–25 quarters) and grow to be around 8 inches long from nose to tail. I do not have a black-tipped tail.

4. I can grow up to 16 inches long. Half of my length is my black-tipped tail.

5. My skull ranges from a little more than 1.5 inches across (female) to almost 2 inches (male).

6. My skull is the size of a jelly bean.

7. I occasionally eat the other weasel in this quiz. I also eat rats, insects, small snakes, frogs and birds. I have also been seen dragging a snowshoe hare, which is much larger than I am, back to my den.

8. Aside from the occasional shrew, sparrow or insect, I mostly eat meadow mice, which can weigh more than I do. This might be the reason I am sometimes called the mouse weasel.

9. I give birth to one litter of five to six young. My gestation ranges from 103–337 days. “Delayed implantation” lets me mate year-round but give birth only in the spring, the easiest season for finding prey.

10. I give birth to multiple litters of four to six young a year. Good thing, too. I am prey to snakes, bobcats, feral cats, bears, owls, hawks, and yes — my larger weasel cousins. If it weren’t for these constant litters, the world would run out of me.

11. I am active in all weather. I have been found in my den in the winter, snug in the warm fur of my mouse prey.

12. In 1915, the Pennsylvania Game Commission put a $1.00 bounty on weasels. (It was rescinded a few decades later.) Eighty percent of the roughly 50,000 pelts turned in annually were my species.

Thank you for this most informative and enjoyable article on the Weasel!!!