You are the owner of this article.
Edit Article Add New Article
You have permission to edit this article.
Edit
Welcome, Guest
News
Travel
Columns
Opinion
Multimedia
Podcasts
About
Contact Us
e-Edition
Subscribe
Donate
1 of 8 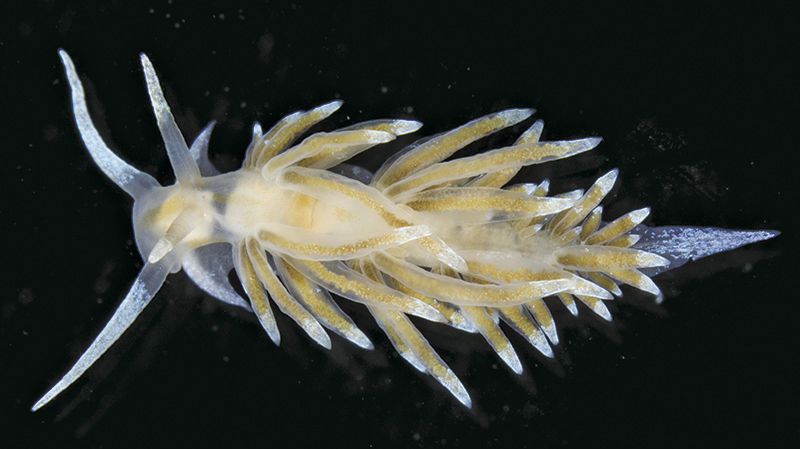 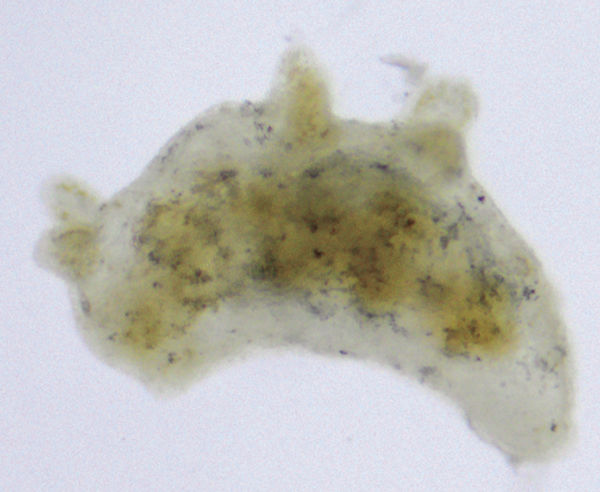 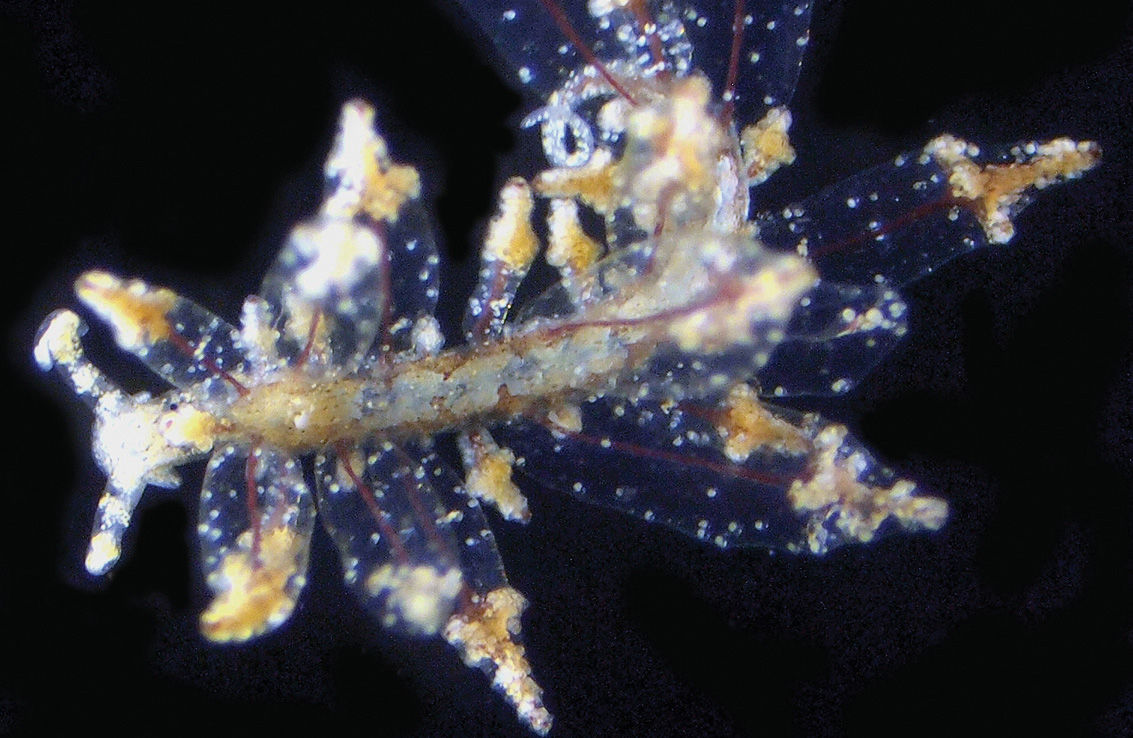 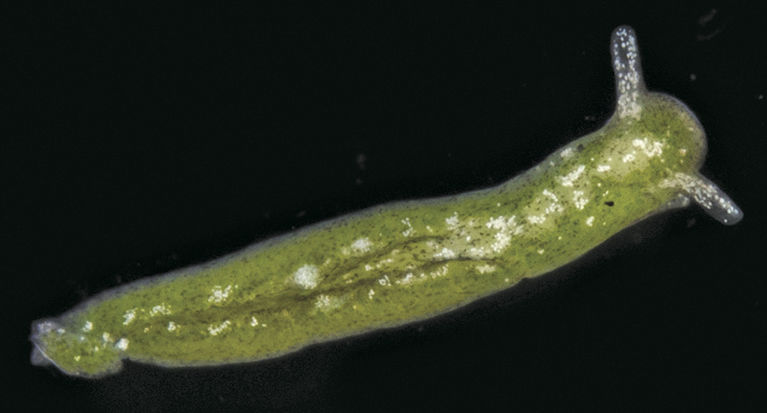 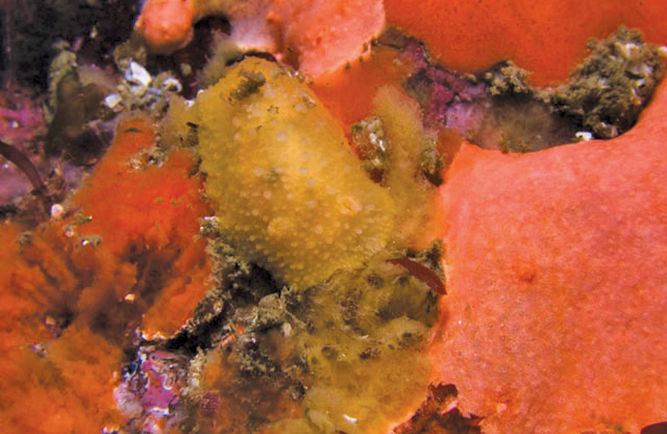 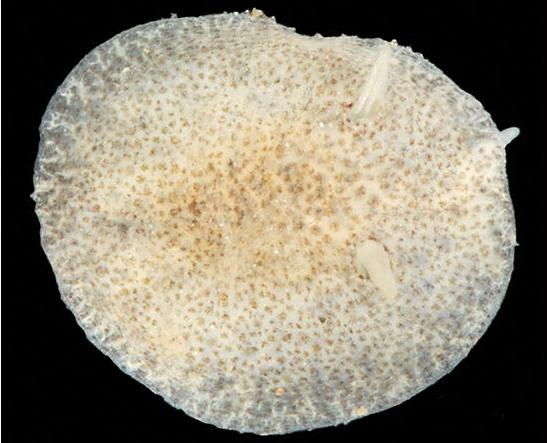 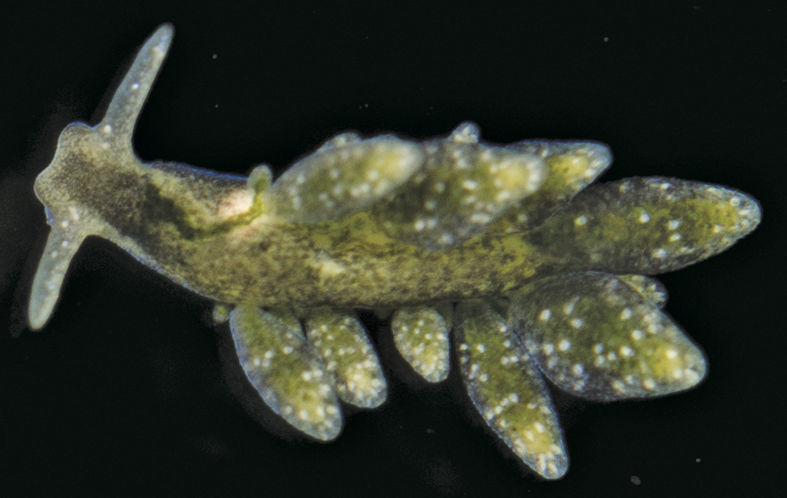 Good things come in small packages. This adage certainly applies to what may be one of the Chesapeake’s most overlooked marine creatures: sea slugs.

The Bay’s tiny relatives of snails include two types of sea slugs: the sacoglossans, or sap-sucking sea slugs that are herbivores, and the nudibranchs, which are carnivores.

It is puzzling enough that these fascinating creatures do not get more recognition, so instead of a quiz we offer a gastropod gallery to get you acquainted with the eight native species found in the Bay.

Special thanks to Rob Aguilar of the Smithsonian Environmental Research Center and Patrick Krug of California State University for their help, especially in supplying the photographs.

#1 The striped nudibranch (Cratena pilata), which grows up to 1.19 inches, is found among the Bay’s seagrass meadows. One of its favorite foods is jellyfish polyps, which it is able to eat without any harmful effects. Although all sea slug possess two pairs of long tentacles, the striped nudibranch’s are more elongated than most. The lower pair, or oral tentacles, are mostly used by sea slugs to help them feel along their way.

#2 The one-eighth-inch ridged-head nudibranch (Polycerella emertoni) is the same color as its favorite food, the creeping bryozoan. While not as visible in this photo, three branched gills extend from the center of its back gills. Present in some form on many nudibranchs, these gills are the inspiration for “nudibranch” which is derived from the Latin word nudus (naked) and Greek brankhia (gills).

#3 The cross-bearer sea slug (Hermaea cruciata) grows up to 0.4-inch long and is covered with tiny white spots that make it appear to sparkle. This uncommon plant/algae eater, when found, is usually near eelgrass and redweed. It gets its name from thin brown lines (extensions of its liver) that form a cross at the tips of the animal’s cerata. Cerata are the growths extending from a sea slug’s body that help the animal breathe by increasing its surface area.

#4 The kitty cat sea slug (Elysia catula), which is only a quarter inch long, gets its name from the two growths on top of its head that resemble cat ears. This pair of tentacles, or rhinophores, are found on all sea slugs and are used to smell the presence of other sea slugs or food nearby. This creature gets its green tint from the sap it sucks out of the plants it feeds on.

#5 The rough-back nudibranch (Doris verrucosa), at 1.5 inches, is the largest of the Bay’s sea slugs and is most frequently found in the Bay’s saltiest deep waters, where it feeds on sponges. It lays its ribbonlike egg cases on eelgrass blades. The Bay’s eelgrass population is rapidly declining, the result of warming and murky water. Will this creature follow suit?

#6 The one-third inch limpet nudibranch (Corambe obscura) is one of the Bay’s more common sea slugs. Its hue ranges from colorless to mottled to black and is found near its food, bryozoans. A caplike structure covers its body, including its foot. Sea slugs belong to the animal class, gastropoda, meaning “stomach foot,” which describes how these creatures move.

#7 The 1-inch emerald sea slug (Elysia chlorotica) is sometimes called a solar-powered sea slug. That’s because it is able to form a photosynthesis symbiotic relationship with the live chloroplasts it takes in from the plants it eats into its own body (a process known as kleptoplasty). The green chloroplasts also turn this creature green, which helps it to blend in with its surroundings. Sea slugs are able scrape off pieces of prey or plants using their radula, a toothlike structure in their mouth.

#8 The quarter-inch dusky sea slug (Ercolania fuscata) performs an important ecological service for the Chesapeake Bay by eating the filamentous algae that grows on underwater plants. Its eyes, and those of other sea slugs, are embedded in the skin near the rhinophores, unlike the stalked eyes of their land-dwelling snail and slug cousins. Sea slugs’ sight is limited to sensing light and darkness, including shadows, which might signal a predator.