You are the owner of this article.
Edit Article Add New Article
You have permission to edit this article.
Edit
Welcome, Guest
News
Travel
Columns
Opinion
Multimedia
Podcasts
About
Contact Us
e-Edition
Subscribe
Donate
1 of 7 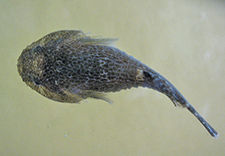 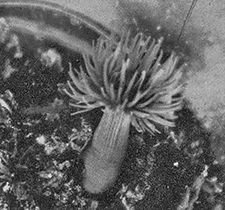 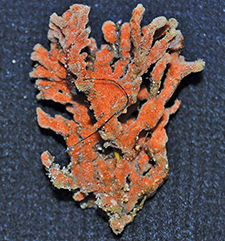 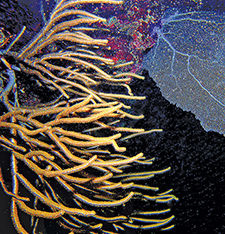 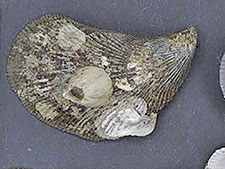 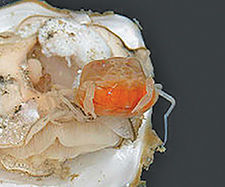 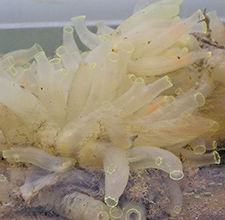 Oysters, which grow on reefs, play an important role in filtering the Chesapeake Bay's water. But oyster reefs also provide habitat for a large variety of marine life. Here are seven of the more unusual creatures that are found on oyster reefs. Can you match them up with their descriptions and photos? Answers are below.

1. This common, 3-inch-long creature gets its name from its shape. Its other name, oyster clingfish, refers to the large suction disc on its underside, which the animal uses to attach itself to oyster shells and rocks. There, it waits for its food â€” amphipods and isopods (small crustaceans) as well as bristle worms â€” to pass by. Its mottled pale gray to dark brown coloring camouflages the creature amid the reef, which provides small crevices for the animal to hide in when predators are lurking nearby.

2. This creature grows in thick bunches on oyster reefs in the Mid and Lower Bayâ€™s deeper waters. It is a filter feeder and sucks in water, while hairlike cilia in the creatureâ€™s pores capture food particles. Waste and unused water are ejected through another hole at the top of the creature. The animalâ€™s holes are, themselves, home to tiny crabs, worms and shrimp.

3. This small (less than half an inch long), white to translucent creature lives in the gills of an oyster and is considered a delicacy, should one crack open the oyster and find this animal there. Its legs are not well-developed, and the creature has limited mobility. Thus the oyster provides this animal with shelter from enemies and a source of food: It takes its pick of food that the oyster draws in for itself.

4. Look, but donâ€™t touch! This jellylike creature, a relative of sea nettles, has 40â€“60 stinging tentacles that encircle its mouth. These petal-like appendages stun passing plankton and fish, which they then push into its mouth. This round, pinkish to whitish transparent animal's "face" is at the end of a 1.5-inch-tall stalk attached to a hard surface; even so, it is able to move several inches in just a few hours.

5. Clumps of this leathery, yellow to greenish brown creature are sometimes called sea grapes, because that is what they look like. This 2-inch-long filter feeder has two siphons, one to draw in water and food, the other to eject unused water and waste. This creature is found in the Mid to Lower Bay and is tolerant of water pollution.

6. You might be fooled into thinking that this creature, which can grow 3 feet tall, is a plant. Its stalk of many slender branches range in color from yellow and orange to red and deep purple. These long branches are covered with rows of translucent white polyps. Each of these polyps has eight feathery, jagged tentacles that pop out to capture plankton and other food bits floating by. It is found in the Bayâ€™s brinier waters, where it provides shelter and protection for such marine life as sea bass, gobies, seawhip shrimp and nudibranches.

7. Research suggests that this filter feeder can more than double the overall filtration capacity of a reef, where it can sometimes greatly outnumber the oysters. It is also twice as effective as oysters when it comes to filtering picoplankton â€” the tiniest of marine plankton. It can grow 1â€“2 inches long, with a ridged gray to dull black exterior and a shiny interior of pinkish brown to purple. It attaches itself to hard surfaces using thin â€¶byssusâ€» threads. It also moves, albeit very slowly, by releasing some of these strong threads, reattaching them to a hard surface and pulling itself forward.