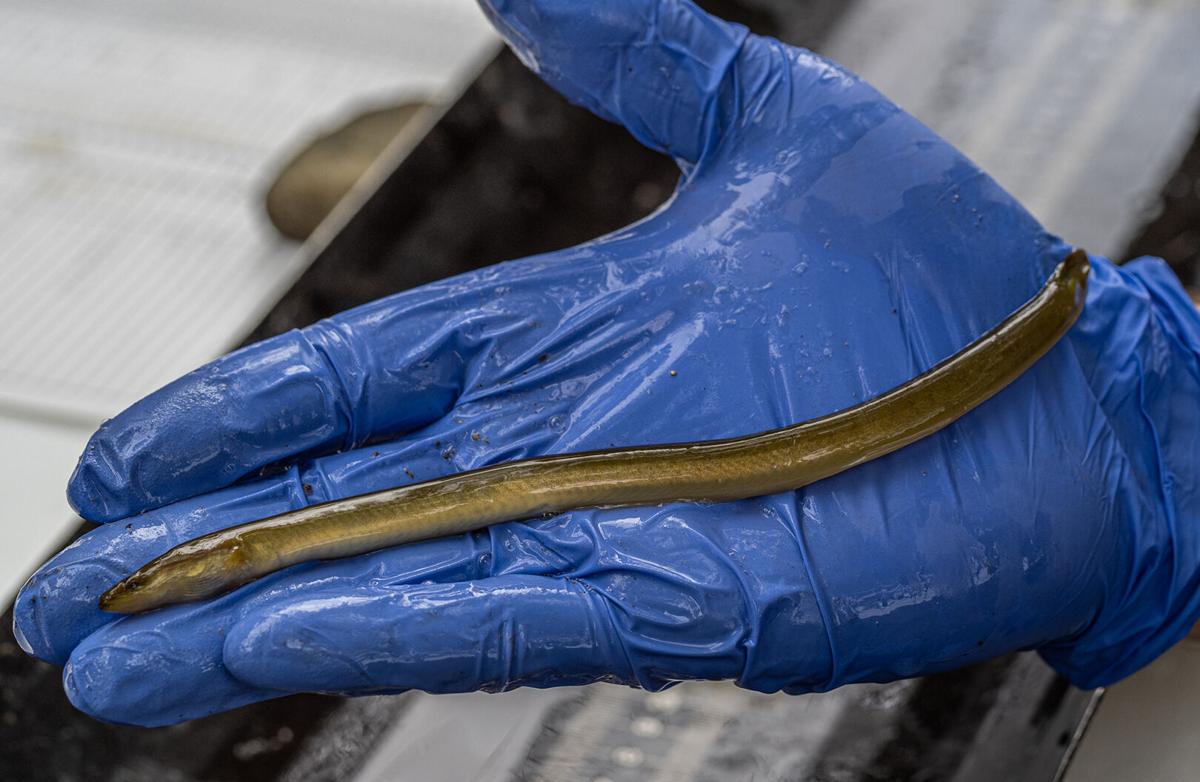 This young eel, captured in the Susquehanna River watershed, began as larvae in the Sargasso Sea in the Atlantic Ocean. 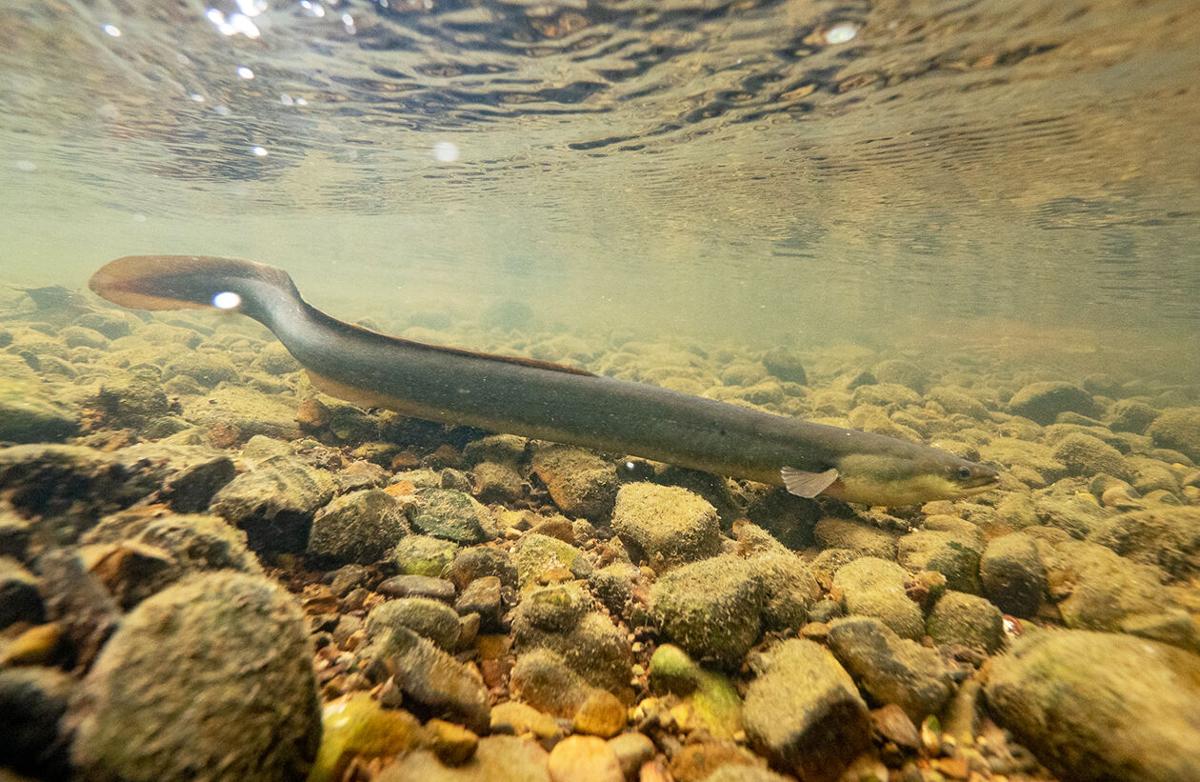 An American eel can grow up to 4 feet in length and weigh 17 pounds.

Shocking! Not all fish with “eel” in their names are true eels. There are more than 800 species of true eels (order Anguilliformes). The electric eel (order Gymnotiformes) is more closely related to catfish than eels.

Holy mackerel! Or should we say holy eels? When Leonardo da Vinci’s Last Supper was cleaned in 1997, its restorers discovered that the meal on the table was grilled eel and orange slices, one of the artist’s favorite dinners.

Breathing, not biting: When an eel opens and closes its toothy mouth, it’s breathing, not showing aggression.

Change in appetites: A young eel has no reproductive organs. Once it develops into an adult eel ready to mate, it stops eating.

Limber locomotion: Eels are among the best when it comes to swimming backward. They swim with their entire body, creating waves that move it forward or backward.

Super slime! “Slippery as an eel” refers to the mucus that surrounds the fish. This protective covering suffocates parasites and pathogens and helps prevent scratches from reefs or rocks. It also makes eels more aerodynamic by filling in the spaces between its scales. Lastly, the thickness of the slime determines how much water the fish takes in: thinner lets in more water, thicker lets in less. Some scientists believe this aids the eel when it moves between salt– and freshwater.

Quiz for the ‘eely’ smart

Can American eels move on land? Yes, for short distances if the ground is wet enough from rain or dew. You will have to figure out the answers to the rest of the questions on your own. Answers are below.

1. Where along the Atlantic Coast are American eels found?

A. Greenland to Venezuela

B. Greenland to Florida

2. American Eels live in freshwater streams and estuaries. In which habitat do they grow the quickest?

3. Where do American eels spawn and their eggs hatch?

6. Biologists hope that American eels might help reduce the presence of an invasive shellfish that eels feed on. Which species might they help control?