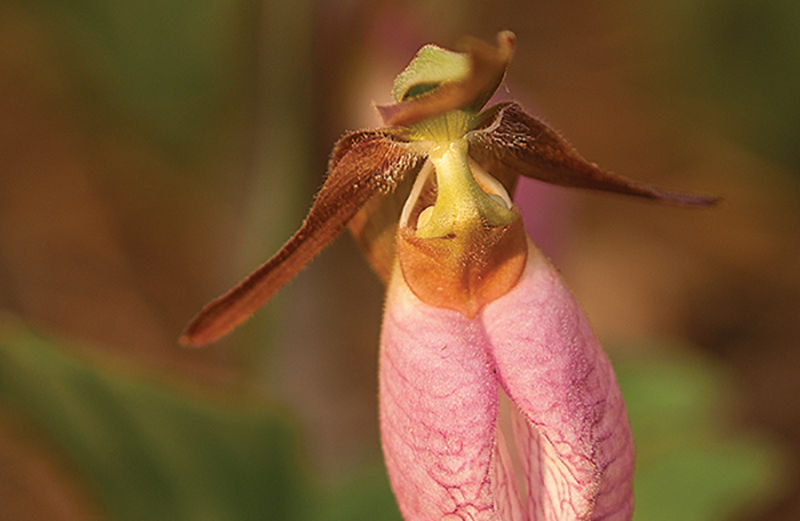 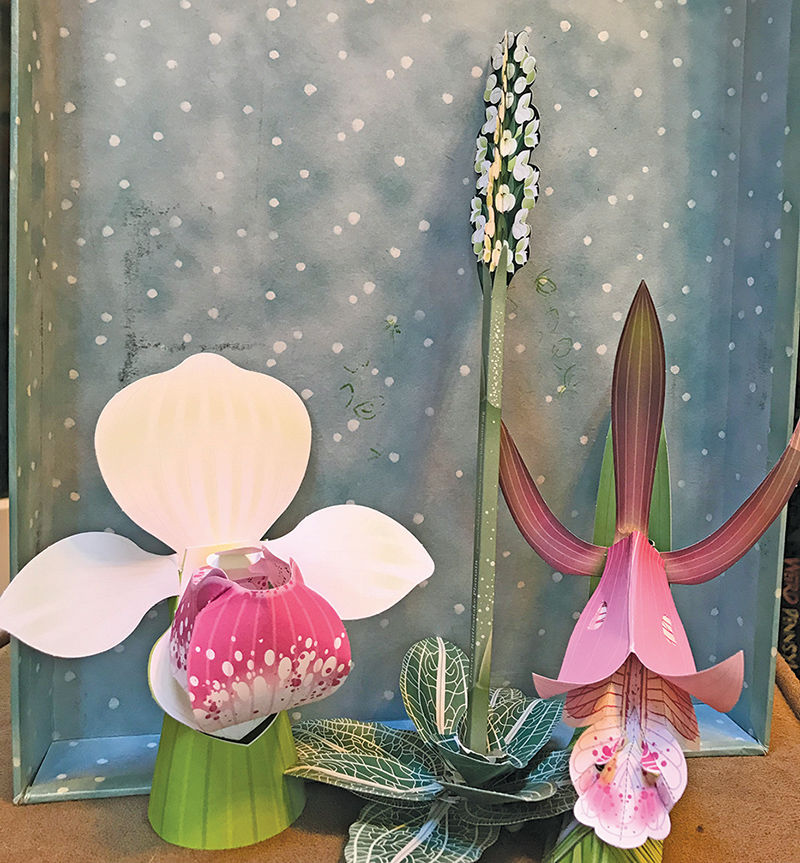 Collecting orchids in the wild is banned by the 1973 Convention on International Trade in Endangered Species of Wild Fauna and Flora (CITES). Even so, many wild orchids are endangered. If you want the beauty of orchids in your home but don’t want to play a role in their extinction, collect and create the paper orchid-gamis above (l-r showy ladies slipper, downy rattlesnake plantain, rosebud orchid). Visit the North American Orchid Center’s website, northamericanorchidcenter.org, then find the orchid-gami menu to download full-color patterns of 25 North American species. Many, like the species above, are native to the Bay watershed. The site also contains photos, research and advice on how to protect orchids in the wild. (Kathleen A. Gaskell)

It’s June, when prom dates and mothers of the brides and grooms are bedecked with spectacular corsages, many of them featuring orchids. The orchids for these corsages are propagated under special conditions in greenhouses.

Native orchids also have distinctive needs. The shape and color of each flower is designed to attract a particular insect for pollination and/or distributing seeds. Each requires its own special fungus to help it absorb nutrients and will die without it.

Picking native orchids is illegal, as it may prevent an already rare species from releasing seeds in suitable habitat, if it releases them at all. Transplanted wild orchids rarely survive because the fungus they need is not present.

But that doesn’t mean that we can’t enjoy orchids in the wild. Just remember to take pictures and not plants. Here are descriptions of five wild orchids found in the Chesapeake watershed. Can you match them? Answers are below.

1. This orchid — one of the most common in the region — is found in both dry and moist oak and coniferous woods. Its 6– to 20-inch stalk can contain up to 80 small white flowers, which bloom from May to September. Based on the resemblance of its mottled leaves to reptile skin, people once (falsely) believed it was a remedy for a particular bite. The attractive leaves make this plant a target of poachers for use in terrariums.

2. This orchid is thought to be the rarest in the Eastern United States. It needs specific microscopic fungi to grow; the fungi need specific trees. When the trees are disturbed, so is the fungi and, in turn, this orchid. It gets its name from its leaves, which form a ring around the upper stem below its greenish yellow, half– to 1-inch flower. It blooms in May or June and may not flower again for seven or eight years. It is autogamous, or self-pollinating.

3. This orchid grows in the South and Central United States from New Mexico north through Virginia. Up to 25 small purple to yellowish brown flowers with brown or purple veins grow on a brownish pink or yellowish brown stem. These blooms are believed to be pollinated by bumblebees. It has no leaves to produce chlorophyll because this orchid lives off fungi and decaying matter instead. It is frequently overlooked among the leaf litter or tall grasses of its various habitats: swamps, desert canyons or forests over sandstone or limestone. This orchid takes its name from its twisted roots that resemble an underwater plant.

4. This orchid is found in acidic sphagnum bogs, fens, meadows and swamps in the Eastern and Central United States and Canada. Its summer flower is bright pink with a whitish pink, magenta-spotted central petal, with a yellow center. It resembles an animal sticking its tongue out. Its showy petals, fragrance and violet bristles are irresistible to pollinators, especially bumblebees, the first time they see it. Upon entering the flower, the hapless insect learns there is little, if any, nectar. As its backs out, it bumps into the stigma, which releases pollen that attaches to the bee and pollinates the next flower it visits. This orchid depends on a steady stream of pollinators ignorant of its trick because, after a while, they learn not to visit it again. This orchid is endangered or threatened in most Eastern States.

5. In some areas, this large pink orchid is known as moccasin flower because of the shape of its inflated labellum, or lip petal. Like the orchid in question four, this lip petal is used to lure insects into pollinating the plant. Sometimes, one encounters hundreds of these plants growing in one site. This is not an invitation to pick them. It takes years for this orchid to mature. Some sources put the survival rate for transplants around 5 percent. Plus, their hairy leaves and stems are coated with poison that not only protects it from being eaten, but can cause  dermatitis in humans. It is found in a variety of habitats, but seems to thrive best in dry forests.