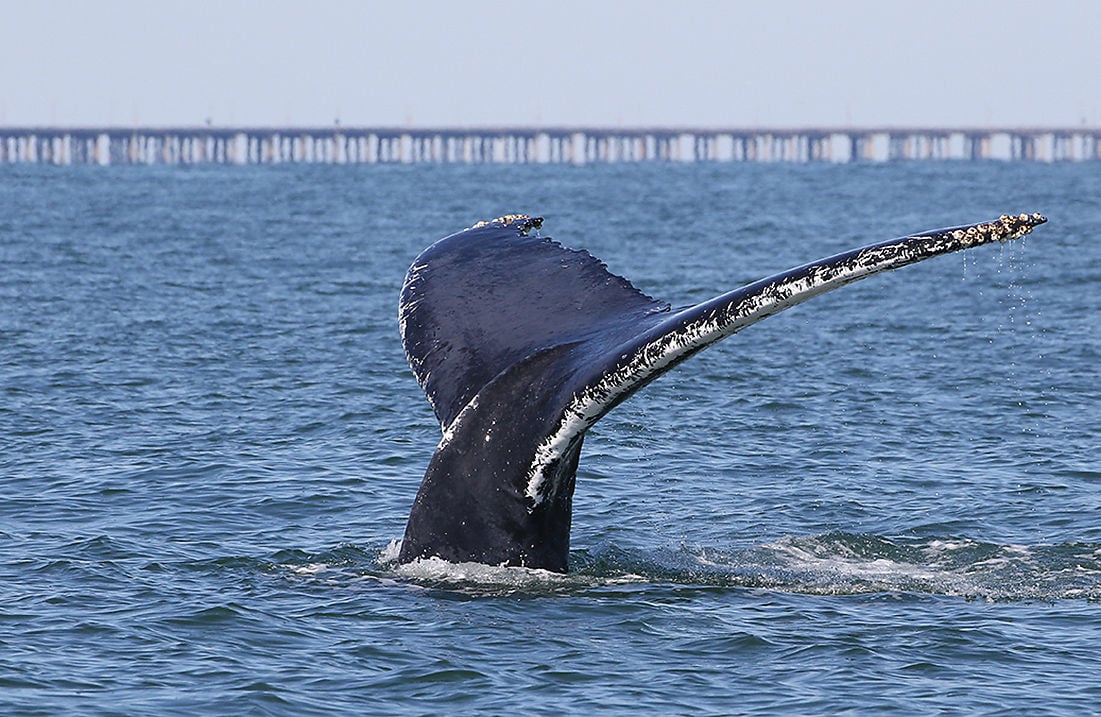 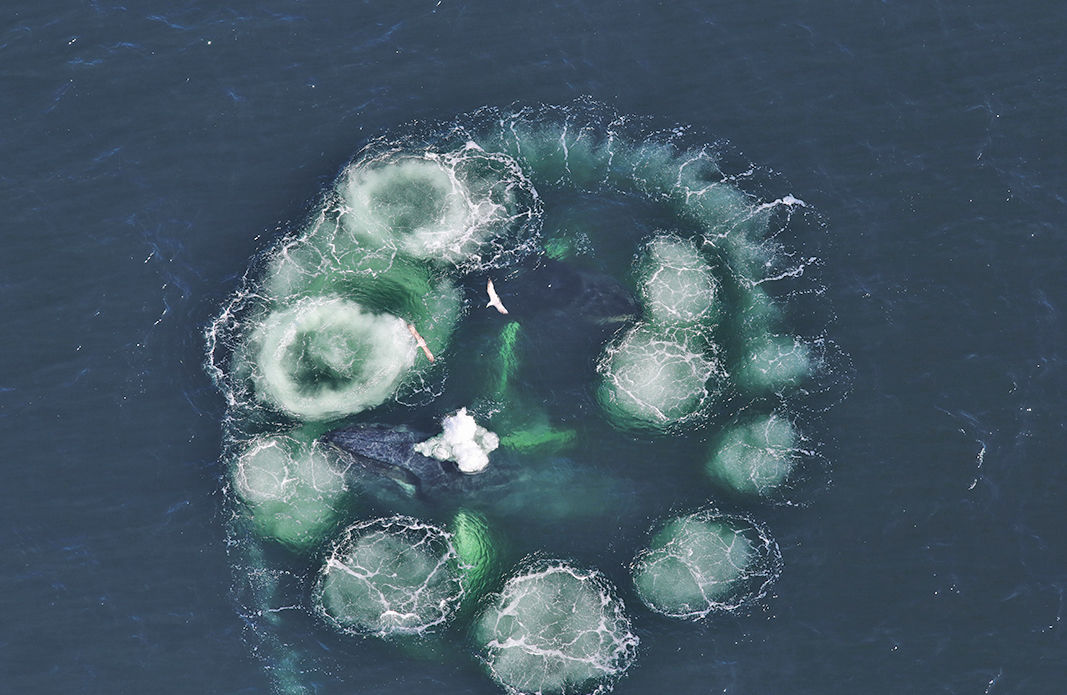 English colonists were quick to take advantage of whales visiting the Chesapeake Bay. Processing the carcass left a ton of whale blood and bits in the Bay, which reeked and depleted the water’s oxygen when they decayed. This led Virginia’s Middlesex Court, in 1698, to ban the killing of whales in the Bay — one of the first legal actions against water pollution in the Chesapeake. Answers are below.

1. The scientific name for the humpback whale is Megaptera novaeangliae. What does this mean?

2. Humpbacks are known for being the most athletic whales when it comes to leaping out of the water (also known as breaching). Their breaches are about as long as the whale itself. How long is this?

3. On average, how thick is humpback whale blubber?

4. Toothed whales, as a rule, have one blow hole. Why do humpbacks and other baleen whales almost always have two blowholes?

A. They tend to be larger whales, and the two holes can inhale and exhale large amounts of air more effectively.

B. One hole is used to inhale while the other exhales.

D. One hole is a backup if the other gets clogged with plankton.

6. In the photo to the right, a pair of humpbacks are circling their prey and blowing bubbles toward them, which forces the fish into a tight ball, making it easier for the whales to swallow them. What is this technique called?

7. The humpback’s flippers, about a third of the length of the whale’s body, are the largest appendage in the animal kingdom. About how long do they grow?

8. Humpbacks are known to be very protective not only of other members of their pod, but other species as well. Which of these are documented incidents?

A. A snorkeling whale biologist reported that in 2017 she was saved from a tiger shark by two humpbacks: One pushed her away from the shark while the other used its tail as a barrier between her and the predator.

B. In 2009, a marine ecologist with the U.S. National Oceanic and Atmospheric Administration in Antarctica saw a group of killer whales pursuing a seal that they had knocked off an ice floe. Two humpbacks appeared. One rolled over on its back and swept the seal onto its chest. When the killer whales closed in, the humpback raised its chest, along with the seal, out of the water. As the seal started to slide off, the humpback used its flipper to push the seal to the center of its chest. The seal stayed there until it was able to safely swim to a nearby ice floe.

C. There are numerous reports of humpbacks guarding gray whale calves and sunfish from killer whales.

D. All of the above.