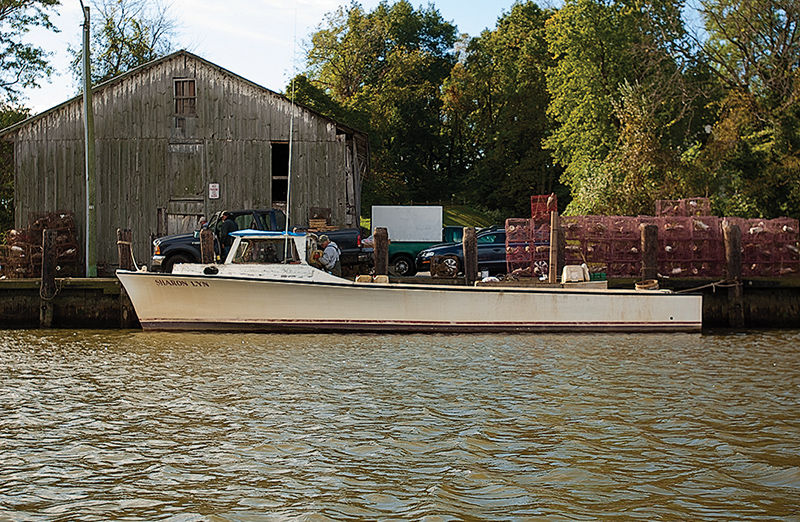 Turner’s Landing, on Turner’s Creek off the Sassafras River, persists, adapting over the centuries to the tides of change on land and in the water. 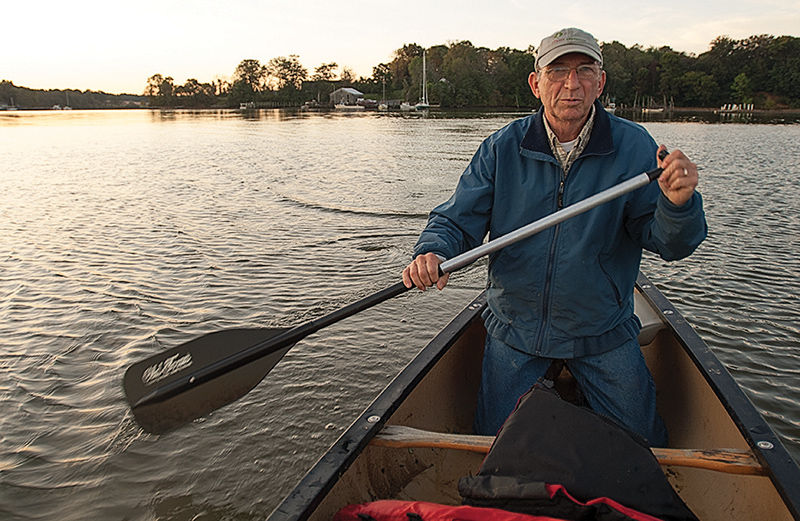 Retired U.S. Rep. Wayne Gilchrest, paddles his canoe on Turner’s Creek. He helps to run educational programs for students who visit the landing.

Turner’s Landing, on Turner’s Creek off the Sassafras River, persists, adapting over the centuries to the tides of change on land and in the water.

Retired U.S. Rep. Wayne Gilchrest, paddles his canoe on Turner’s Creek. He helps to run educational programs for students who visit the landing.

It’s just a crease in the landscape, a gully incised by a hundred thousand years of rains, knifing toward sea level through bluffs bulged up by glacial ice, and augmented by sand and gravel spewed down ancient channels of the Delaware and Susquehanna rivers.

Where it cut down to access the edge of the Chesapeake’s bays (plural, because there have been more than one, as glaciers came and went and seas rose and fell), wildlife came to drink and fish; followed in recent millennia by native peoples like the Tockwogh Indians, encountered there by Capt. John Smith in 1608.

Such “landings,” as they became known during European settlement, characterized the Sassafras: “the most beautiful of Eastern Shore rivers … steep wooded banks rise to a bench 80 feet above water level … and every mile or two there will be a wharf, built at the mouth of a gully in order to secure an easy grade for a road up to the farms.”

So wrote Hulbert Footner in his 1944 classic, Rivers of the Eastern Shore. Most persistent of these was the landing at Turner’s Creek off the Sassafras, perhaps because of its proximity to the main river and its deep natural channel.

Turner’s was always a quiet place — the establishment in 1706 of the port of Chestertown in the same county (Kent) drew major settlement and commerce up the broad Chester River.

But I’ve camped there for several springs now with my Salisbury University classes, and the comings and goings across the little landing offer endless interest, windows into the ever-changing natures of the Upper Chesapeake.

In colonial times, the landing saw a lot of agricultural products — first tobacco, then timber and grain and flour. An old granary still stands on the waterfront there. Foodstuffs and other supplies were shipped from the landing to George Washington and his troops at Valley Forge.

As extracting the Chesapeake’s bounty moved from subsistence to commerce in the 19th century, sturgeon, oysters and shad flowed across the landing — and later on, crabs, eels and rockfish.

My classes are more likely to encounter tons of catfish being sold across the landing. “Cats” of several species are flourishing in today’s murkier, overfertilized waters, and they are subject to less regulation than the more valuable (price per pound) rockfish and yellow perch, waterman Robbie Joiner told my students.

He sells a lot of what his nets catch live, to entrepreneurs who truck them to ponds in places like Ohio, where people pay good money to recatch them on hook and line.

And he’s getting 75 cents a pound now for carp ranging up to 40 pounds each. Who would pay for carp? a student asked. “Hillbilly gambling,” Joiner said.

The carp are taken in tanker trucks to ponds in western North Carolina, where bowfishermen pay an entry fee to join tournaments, with cash prizes for the biggest carp taken. The fish end up “in dumpsters,” Joiner has heard.

Every year there’s a new wrinkle. Eels, a hot ticket for a while, are fetching far less now. Europeans and Asians, who had polluted and overfished their own eels to low levels, have learned how to farm them, watermen around the landing say.

And there’s a new product at the landing on Turner’s Creek nowadays—schoolchildren arriving by the busload, thousands a year, met by retired nine-term U.S. Rep. Wayne Gilchrest and his colleague Jaime Belanger, who run educational programs for the Eastern Shore Land Conservancy.

The county has made a 143-acre park there, surrounded by around 900 acres of state natural lands. It’s “everything you need to see and know that makes creation so special,” Gilchrest said.

A new state environmental literacy requirement has lent new value to places like Turner’s Creek and its landing.

Belanger and Gilchrest take the students canoeing through acres of Maryland-rare American lotus, past colonies of great blue herons nesting and into marsh creeks dammed by beaver, which are coming back. Eagles are abundant enough it would be almost impossible not to see several. Classes also beachcomb almost four miles of permanently protected shoreline along Turner’s Creek and the main Sassafras River.

The little landing is just a crease in the landscape, a pinpoint of public access in the Chesapeake’s 11,700 miles of largely private shoreline. But what wondrous and ever-shifting comings and goings it will continue to sponsor, so long as a Chesapeake exists.