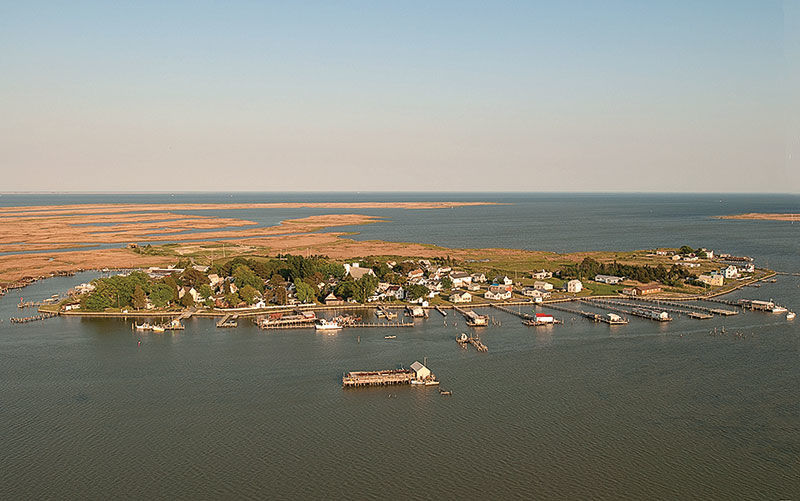 The village of Tylerton on Smith Island faces an uncertain future. 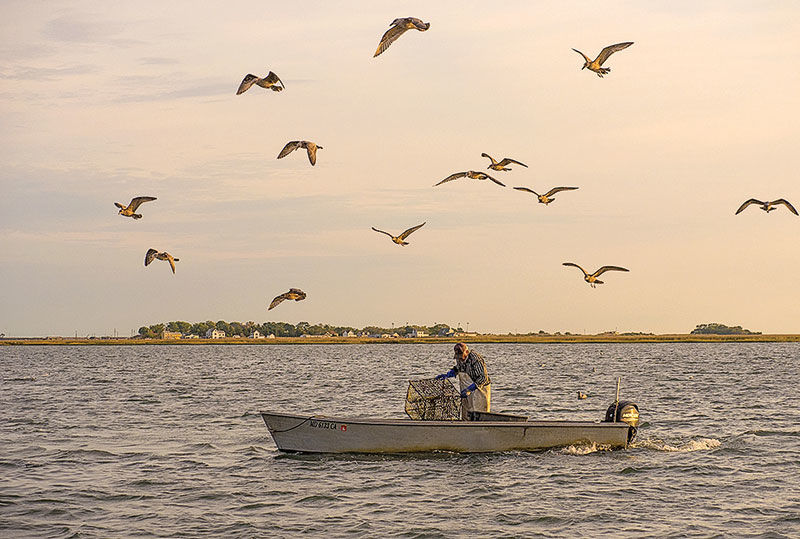 Dwight Marshall tends his crab pots near his lifelong home in Tylerton, in background.

The village of Tylerton on Smith Island faces an uncertain future.

Dwight Marshall tends his crab pots near his lifelong home in Tylerton, in background.

A few autumns ago, I took the students in my Chesapeake Bay class at Salisbury University to Smith Island to discuss how rising seas, accelerated by a warming climate, will threaten such low-lying communities before the end of this century.

I didn’t have to teach much that day. An unforecast nor’easter had covered most of Tylerton (one of three towns there) in tide several inches to 2 feet deep.

The students took away two views of their soggy day on Maryland’s only inhabited offshore island:

Smith Island was exquisitely vulnerable to sea level rise, not a place to plan to live.

And, Smith Island was the coolest place to live they’d ever been to, from the fresh-out-of-the-Bay crab cakes and home-baked eight-layer chocolate cakes, to the abundant wildlife, gorgeous panoramas and fascinating and friendly islanders who live in a close-knit community shaped by surviving in the middle of the Chesapeake through four centuries.

Smith Island and Tangier Island, VA, a similarly unique and charming offshore community 6 miles south, have proven irresistible to those who publicize and research climate change. They are highly photogenic canaries in the coal mine, the “ground zeroes” where we’ll soonest encounter the forces that will threaten many of the world’s coastlines.

Scientists, academics and journalists like me tend to focus on the inevitability of it all, to take the longer view, which points to Smith and Tangier being inundated by century’s end.

A recent study led by David M. Schulte of the Norfolk Army Corps of Engineers concludes that Tangier Island could be abandoned by 2070, perhaps much sooner if sea level rise continues to accelerate.

But there’s another side, a lesson we might have taken long ago from places of conflict like Vietnam and Palestine, that people will fight against overwhelming odds to defend the places they call home.

Maryland officials were surprised at the negative reaction when, after Super Storm Sandy in 2012, they offered to buy out Smith Islanders who wanted to move. What they saw as a lifeline, islanders saw as government wanting to put another nail in the coffin of their way of life.

Cultural roots in our region just don’t go any deeper than among the descendants of centuries-old families on the Bay islands. It’s infectious. My family spent three of the best years of our lives on Smith Island. I’d move back in a minute if I could work it out with the rest of my too-busy existence.

Others accept it, but feel that to dwell on something that will happen in the run of the century is counterproductive to their striving desperately to keep their shrinking communities viable in the here and now.

Smith Islanders, where the population (low hundreds) is about half of what it was when I moved there in 1987, have put together a thoughtful and possible set of plans for staying put awhile longer. (Google “Smith Island United” and click on “Visioning Process.”)

Their plans range from a subsidized ferry service — current ferries have gotten so unreliable as to affect tourism — to walkways across the marshes to facilitate local travel and visiting birdwatchers.

They suggest tying increasingly regulated and hard-to-get licenses to fish and crab the Chesapeake to ownership of a home on the island. Because there are no other offshore islands in Maryland, it wouldn’t set a precedent leading to unlimited licenses.

In a similar vein, they envision a local housing trust that might take over abandoned properties and make them available at low cost to families who’d move for the quality of life — the local school, with nine students, could use an infusion of students.

Some important things have already happened, like a recent $9 million federal erosion control project on the island’s north and west sides that protects a federal wildlife refuge and the rest of the island. It’s no dike that would repeal sea level rise; but it will buy time.

Buying time for the islands is a purchase worth making — not billions for dikes, but no one’s asking that. Tangier Island might make it through the century with $25 million to $40 million for an erosion control project, the Corps-funded report says.

Nationally, we spend more than that on recovering any number of endangered species. That’s a good thing. And buying another few-to-several decades of Smith and Tangier islands’ unique cultural, historic and environmental resources seems just as worthwhile.