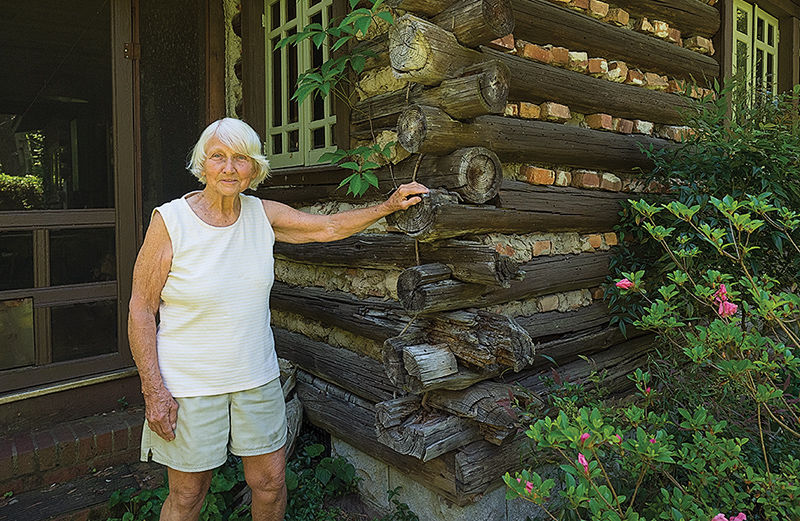 Betty Lou Davis has lived 60 years in the cabin where the Horton family was living when Tom was born. She and Rob dug deep to buy adjacent woodlands to save them from imminent logging. 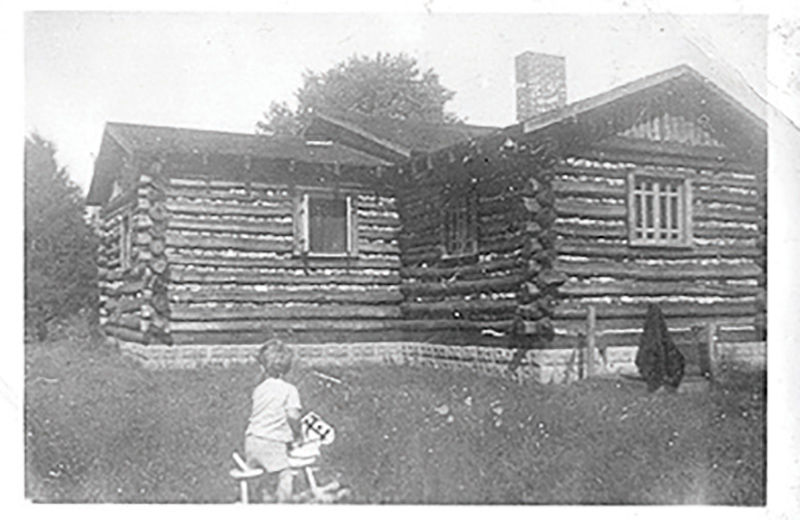 Tom Horton rides his hobby horse in front of the log cabin circa 1948. (Horton archives)

Betty Lou Davis has lived 60 years in the cabin where the Horton family was living when Tom was born. She and Rob dug deep to buy adjacent woodlands to save them from imminent logging.

Tom Horton rides his hobby horse in front of the log cabin circa 1948. (Horton archives)

The smell of the piney woods and the call of bobwhite quail; tracks of my toy wagon in the soft sand road bordered by ditches alive with tadpoles; the warm odors of the grain bin where mom stashed me as she rolled it through the chicken houses at feeding time; racing to pick up bloody squirrels as they tumbled to the ground after blasts from dad’s shotgun.

These are some of my earliest memories — from the 1940s — of the old log cabin where we lived when I was born, eight miles outside Salisbury on Maryland’s lower Eastern Shore.

And you may suspect that I’m about to spin another variation on a theme all too familiar: of better, greener times past, and returning, dismayed, to find all that was dear has been steamrollered by “progress.”

But sometimes you really can go home again. The log cabin 72 years later stands square and sturdy amid blooming shrubs and flowers. The forest has reclaimed several acres of what was open, scrubby field in my childhood. Some of the pines are becoming giants, up to 14 feet around; woodland orchids, sweet magnolias and ferns abound in the understory.

Luckily, the cabin’s current tenant has taken a shine to me. Across the fireplace mantel, in a pine-paneled living room that has changed little, is a wooden board inscribed: “birthplace of Tom Horton, environmentalist.” A Washington Monument would not be as pleasing.

Betty Lou Davis greets me at the door. Going on 89, she’s just back from her regular hourlong swim at the Salisbury YMCA. I’ve learned when calling for a visit to let her phone, a landline with no answering machine, ring “about 13 times” because she’s always outside working in the yard, and that’s how long it takes her to pick up.

The real monument here is the well-maintained, modest cabin and the opulent nature surrounding it, testament to the long and caring stewardship of Betty Lou and her late husband, Rob, a nationally noted bowhunter. Rob once told a local newspaper it was the sight of an eight-point buck munching acorns behind the cabin that sealed its sale to the Davises in 1958 (for $6,800).

The cabin was built on 18 acres in 1934 for a New York man, Robert Cleland, who put $5 as down payment and moved here thinking he might “get a foothold in a small place,” his widow told Betty Lou. The logs were cut from the property and hauled out by mule team, skinned of bark and creosoted, then chinked with mortar and brick. My parents bought the place from Cleland in 1945, “lucky to get it,” my mom told me, as housing after World War II was scarce.

After almost 60 years at the log cabin, Betty Lou says she can’t imagine being anyplace else. She and Rob dug deep to buy adjacent woodlands to save them from imminent logging, expanding the property to its present 45 acres. Betty Lou and her son maintain trails throughout, with benches placed at scenic points, sharing the nature there with visitors year-round.

The resplendent greenery here is far more beautiful and diverse than in my childhood. Betty Lou took every course on botany offered at Salisbury University during the 18 years she spent earning her degree. (She is no slow learner, but life was busy — and she and Rob had different views on women and education, she said.)

Some changes: The bobwhites that I recall fondly, and the whip-poor-wills whose night calling terrified me, are both heard no more, their species in serious decline because of environmental degradation. “The bird sound when we came here was just thunderous,” Betty Lou said. “Now, not nearly so much.”

Recently, we have been figuring out how she can arrange her affairs to permanently protect the old cabin and its surrounds, a fitting legacy for a remarkable woman and her late husband.

And selfishly, it would mean I can keep going home again, and again. In 1986, when I left off full-time environmental reporting at the Baltimore Sun to move to tiny Smith Island in the middle of the Chesapeake Bay, I wrote that after trekking the Amazon and following famines across Africa, I was feeling “a need to shrink my prospects, narrow my horizons, move on to smaller endeavors.”

I have happily maintained that course, living now three blocks from the hospital where I was born, biking to teach at Salisbury University a few blocks in the other direction, on the same streets where my grandfather, the college’s dean of education, launched me on my first tricycle in 1948. Not so long ago after I gave a talk, a very old man came up from the audience. “You won’t remember me, but I delivered you,” he said.

The log cabin, and its inimitable spirit of place, one Betty Lou Davis, are the icing on that cake.

The views expressed by columnists do not necessarily reflect those of the Bay Journal.