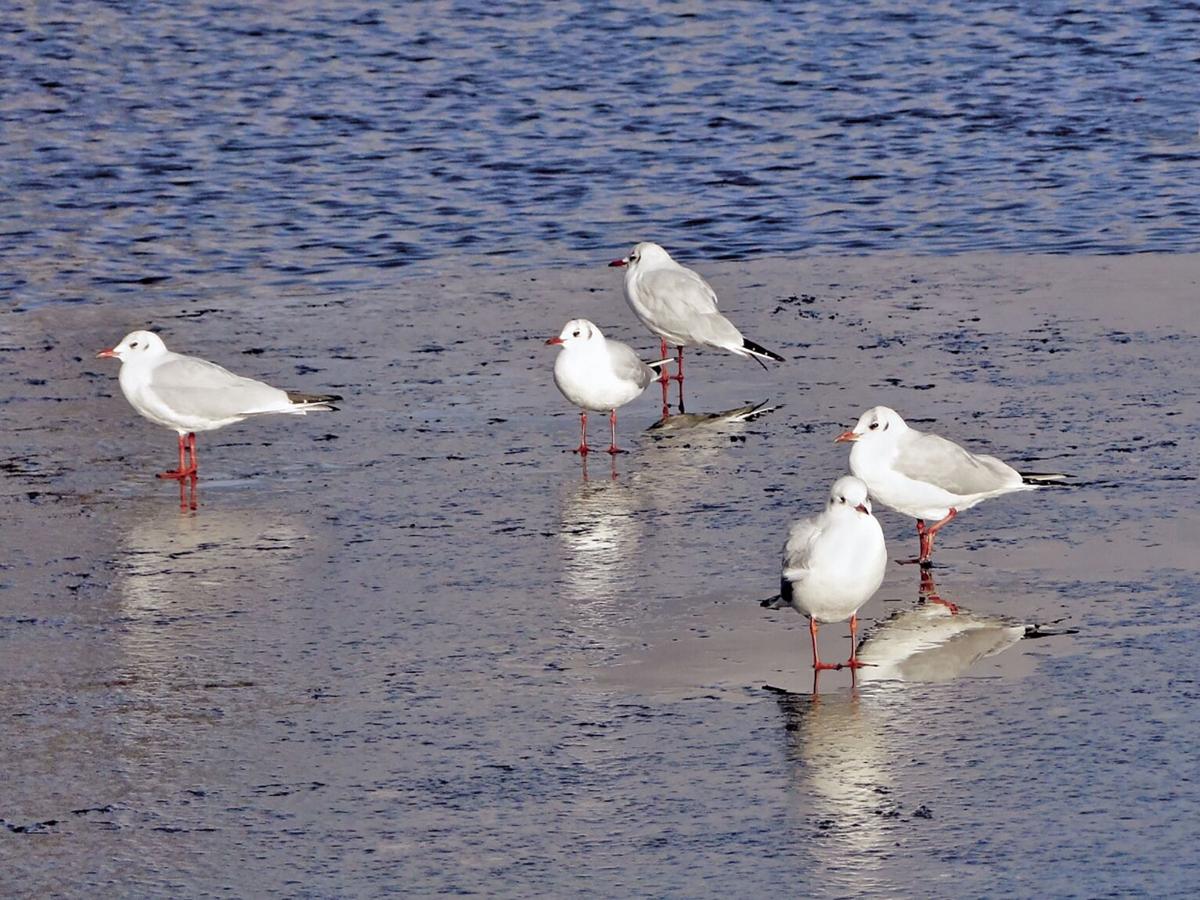 Gulls are able to stand on ice because, like other waterbirds, they have fleshy feet with little blood circulation and are less sensitive to cold. Constricting blood vessels reduce the amount of blood flow to their feet at low temperatures. Thus the core temperature of a duck or gull standing on ice may be 104 degrees Fahrenheit but their feet may be just above freezing. (Maxwell Hamilton/CC BY 2.0) 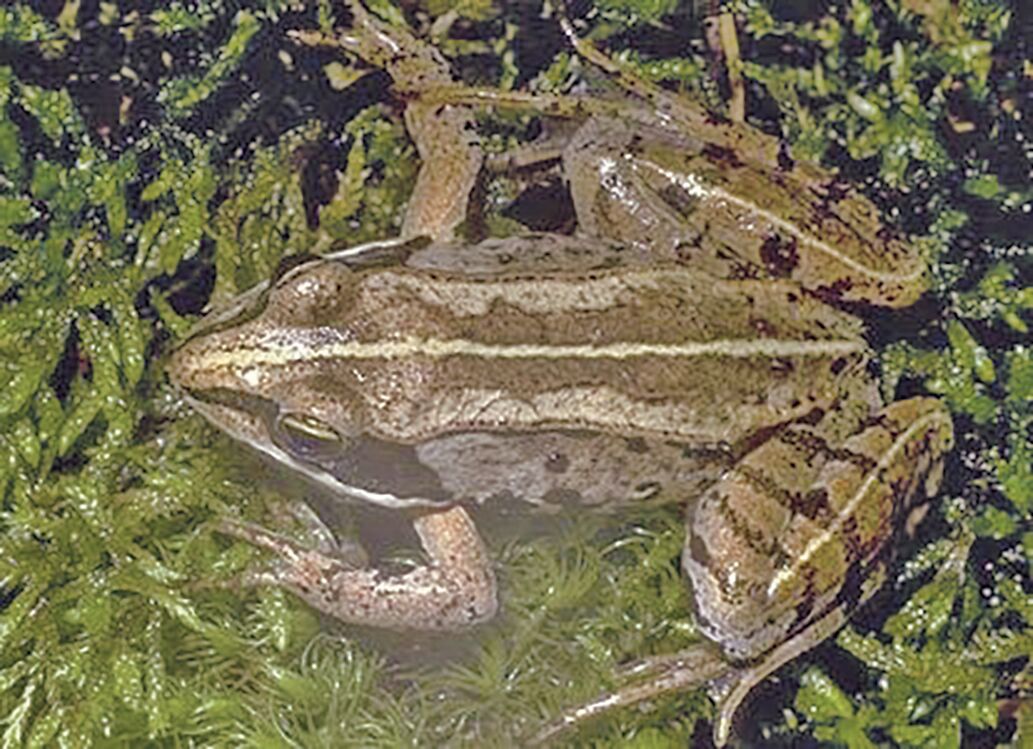 Wood frogs can survive, frozen solid, under leaves. Their cells fill with a sugary substance that acts like antifreeze. (James Harding/CC BY NC ND 3.0)

Just as we each must adjust to the winter, animals, too, have to cope with dropping temperatures and less available food. Survival strategies are as diverse as the wildlife of the Chesapeake Bay watershed.

Just as puffy coats, hats, gloves and boots keep us warm on chilly winter days, many mammals — deer, mice, foxes, squirrels and rabbits — adjust to the change in temperatures by growing thicker coats. This allows them to stay active throughout the winter. They may also change when they are active or change what they eat to coincide with what is available. Beavers, meanwhile, are active throughout winter but spend most of their time in their lodges.

For other animals, like chipmunks, raccoons and skunks, it is easier to stay warm simply by reducing their activity, slowing their metabolism and sleeping for longer periods. They go into go a semi-hibernating stage, sleeping for days or weeks at a time only to emerge for food or during an unusually warm winter day.

Bears, too, are not true hibernators, but after gorging on fall foods and building up an insulating fat layer, they can sleep for weeks or even months. During unusually warm days and winter thaws, bears may emerge from their dens to search for food, like acorns and hickory nuts.

Groundhogs are true hibernators, making a winter burrow near trees and shrubs to provide extra protection during the cold months. They will stay in this burrow from October through February or even longer, depending on temperatures.

Bats lower their heart rates and body temperatures and spend months grouped together in a hibernaculum like a cave or mine.

Most frogs, turtles and snakes dramatically decrease their activity and enter a dormant state called brumation, where their temperature drops and the heart rate slows down dramatically. Many turtles bury themselves in mud at the bottom of a pond and absorb oxygen through their skin from the surrounding water.

Wood frogs can even survive, frozen solid, under leaves. They are able to do this by filling their cells with a sugary substance that acts like antifreeze. The frog’s heartbeat stops and the frog is dormant all winter, until it thaws in spring.

Many insects survive harsh conditions by entering a suspended development of their life cycle known as diapause. Diapause may occur in any stage of an insect’s life cycle — egg, larva, pupa or adult — depending on the species.

One the most obvious ways to deal with winter (one that lots of people use) is to take a vacation to a warmer climate. About 340 species of birds, many of them insect eaters, migrate from North America to winter in the tropical regions of Mexico, Central America, South America and the Caribbean. These flights vary in length, but some birds migrate hundreds to thousands of miles each year. This strategy also works for the monarch butterfly.

Birds able to switch from an insect diet to a seed diet can stay put throughout the winter. Some meat-eating birds, like hawks and owls, also remain if enough prey is available.

Most birds have an oil gland located at the base of their tail. Secreted oil is rubbed over the feathers with the beak or bill. Known as preening, this creates a shield that blocks wind and repels water. Birds like ducks, geese and swans can survive in water that is close to freezing because the amount of oil in their feathers makes them waterproof. Waterfowl and other waterbirds also have a layer of fat that keeps them warm.

Anyone who has ever gone outside on a cold, windy day without a hat knows that uncovered body parts lose heat quickly. The same is true for birds. Often, birds stand on one leg, tucking the other up among their feathers. Beaks are also tucked under their feathers. Smaller birds often drop to the ground to cover both legs with their fluffed-up bodies.

Waterfowl have fleshy feet with little blood circulation so they are less sensitive to cold. Constricting blood vessels reduces the amount of blood flow to the feet at low temperatures. Thus the core temperature of a duck or gull standing on ice may be 104 degrees Fahrenheit but their feet may be just above freezing.

If winter is not your favorite season, take a cue from one of these wildlife coping strategies. Bundle up, stay warm inside, take a nap or go somewhere warmer. And keep in mind, spring is just around the corner.