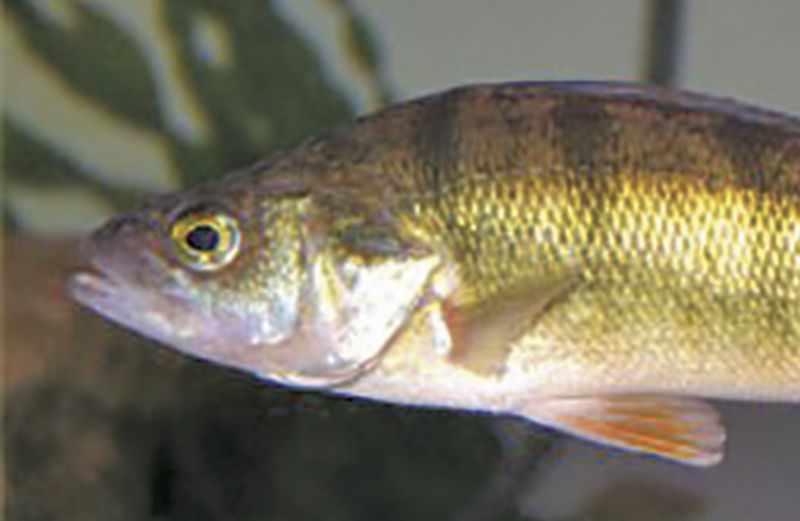 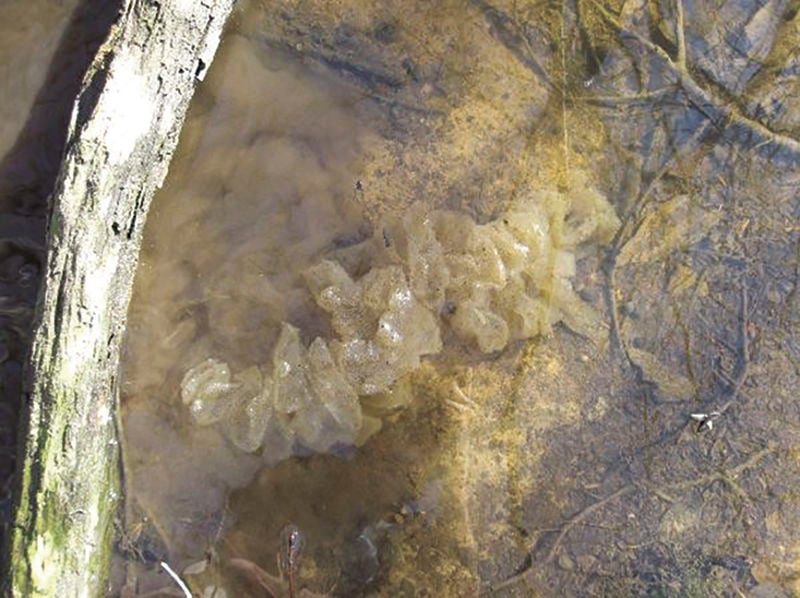 The yellow perch deposits accordion-like chains of eggs in areas of a river with large amounts of organic debris. (Jim Uphoff / MD Department of Natural Resources)

The yellow perch deposits accordion-like chains of eggs in areas of a river with large amounts of organic debris. (Jim Uphoff / MD Department of Natural Resources)

Yellow perch (Perca flavescens) make their spawning run from late February to mid-March and offer some of the earliest opportunities for sport fishermen to break out their rods and tackle. Their delicate meat and early arrival makes these fish a favorite among many anglers.

Populations of yellow perch are most prevalent in Upper Chesapeake Bay tributaries. These fish spend most of the year in brackish water and migrate to freshwater to spawn. Yellow perch never leave the river system where they hatched; they merely move between brackish and freshwater. The gradual warming of water triggers spawning.

The fish deposits accordion-like chains of eggs in areas of a river with large amounts of organic debris. One egg chain may be fertilized by as many as 15–25 males. Once spawning is complete, adults leave the eggs and migrate back to brackish water.

The egg chain may be attached to underwater vegetation or bottom debris. The unusual shape of the chain allows water to swirl gently around and through the chain, aerating the eggs. This is essential for respiration and to prevent bacteria and fungi from growing on and killing the eggs.

Eggs hatch in two to three weeks. After a few days, the larval fish begin feeding on microscopic organisms. Later, juvenile fish will join adults in the brackish portion of a river. Males reach sexual maturity in 1–3 years; females in 3–4.

In the early 20th century, the Chesapeake Bay supported a major commercial yellow perch fishery. This catch declined drastically, reaching a low in the late 1970s.

In the early 1980s, the Maryland Department of Natural Resources reported a decline in recreational fishing for yellow perch in rivers in the Baltimore-Washington-Annapolis area that had long been closed to commercial fishing. Recreational fishing for yellow perch in these rivers was closed for 20 years, before being reopened in 2009. But yellow perch egg-hatching success continued to decline and it was concluded that banning fishing was not enough to overcome the poor hatch.

Each life stage of yellow perch is sensitive to different environmental factors. Agricultural and urban development increases the amount of sediment, nutrients and chemicals entering streams. This development also reduces the amount of naturally vegetated areas surrounding rivers and streams that would absorb these substances.

Excessive sediment adheres to eggs, reducing the oxygen they receive. Sedimentation may also reduce hatching success or delay hatching time. The survival of larvae is reduced when fine grains adhere to and damage sensitive gills.

A study conducted between 2007 and 2009 by U.S. Geological Survey, Maryland Department of Natural Resources and U.S. Fish and Wildlife Service looked at the reproductive success of yellow perch from Chesapeake Bay tributaries with varying degrees of urbanization indicated by the percent of impervious surface: roads, roofs, parking lots.

The study documented abnormalities in yellow perch ovaries and testes at spawning time. The most frequent and severe problems were in perch from the rivers in more urbanized watersheds. Published studies suggest that the abnormalities may result from exposure to environmental contaminants that run off impervious surfaces.

Excessive nutrients affect all fish populations by altering the physical characteristics of water, raising water temperature and reducing dissolved oxygen. Low-dissolved oxygen retards growth and, in some cases, can kill fish. Some fish leave their preferred habitat because of low-dissolved oxygen and temperature changes. The resulting changes may also reduce the benthic organisms that yellow perch prey on.

Although somewhat acid-tolerant as adults, newly hatched perch are more sensitive to acidic conditions. Sulfur and nitrogen oxides emitted into the air through the burning of fossil fuels mix with water vapor, forming sulfuric and nitric acids that fall back to the ground as acid rain. Chronic exposure to slight-to-moderate acidic conditions can inhibit fish growth and damage body organs. Young fish may be killed when heavy rains result in a pulse of highly acidic water moving downstream.

Another problem faced by all fish, including yellow perch, is not being able to reach spawning grounds because of blockages, including gauging stations, road culverts and dams in tributaries. If they are unable to get around blockages, adults will not spawn.

Many anglers are lured to the Chesapeake watershed by the variety of fish supported by the aquatic habitat of the Bay proper and its many tributaries. They anxiously look forward to fishing for yellow perch, as they are among the first fish to arrive upstream in rivers after a long winter.

But for this tradition to continue, yellow perch need water that is free of contaminants, blockages and excessive nutrients and sediments. They need aquatic habitat with organic matter for spawning and habitat that supports the insects, other invertebrates and smaller fish they prey on.