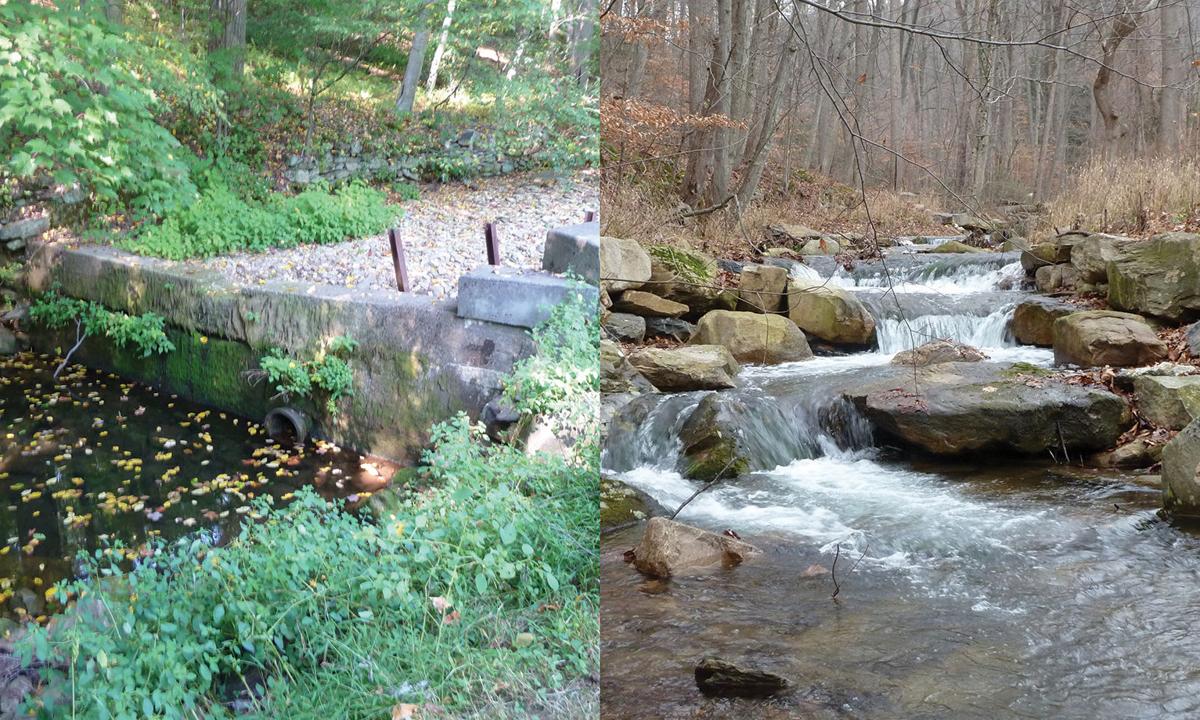 These photos show Clifford Branch in Frederick County, MD, before and after a culvert was removed in 2017. A dam, 2 miles downstream, was removed in 2012. The two projects will allow brook trout and other native fish passage on the waterway. 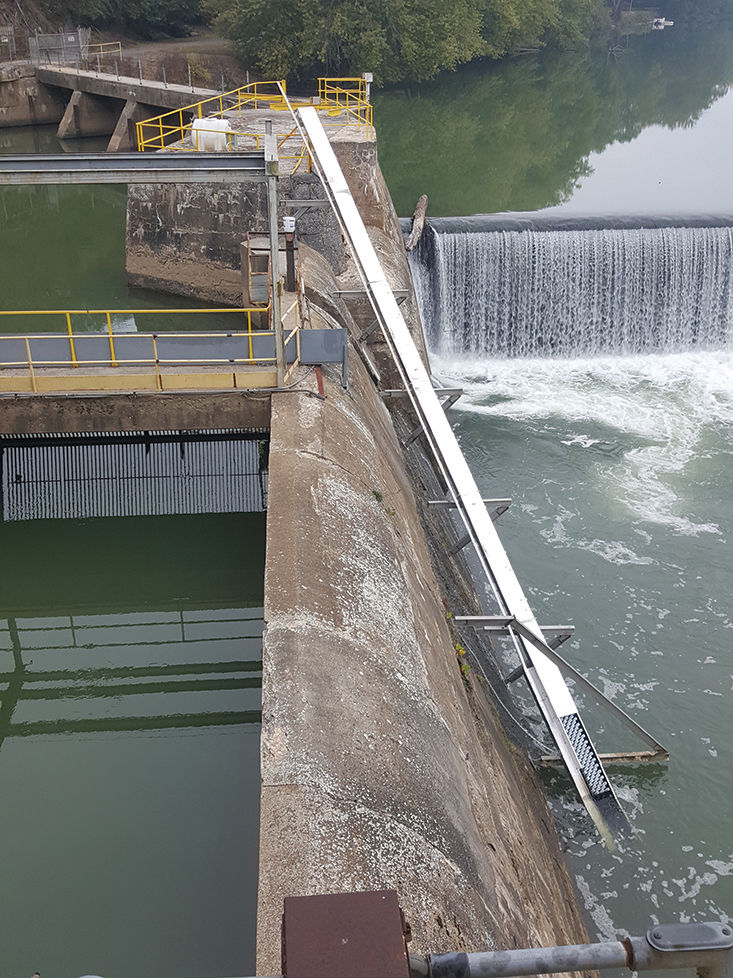 This eelway, installed in 2019, will help immature American eels get past Dam #5 near Falling Waters, WV, on the Potomac River.

Warmer, longer days, spring flowers and the chorus of frogs and songbirds lure me outside to get moving. And for fish it is no different. Early spring is when many fish species are on the move, migrating to other areas to spawn.

The Chesapeake Bay watershed, a kind of watery interstate, is a vital corridor for migrating fish. Resident fish, like yellow perch, move up and down the same river. Anadromous fish journey from oceans to freshwater rivers and creeks to reproduce. Anadromous fish known for their spring spawning runs include blueback herring, alewife, hickory shad and American shad. Conversely, catadromous fish, like American eels, swim downstream from freshwater to saltwater to spawn.

In the last 200 years, though, populations of these species have decreased drastically. Other river species are in decline as well. For example, freshwater mussels, which require a host fish to complete their life cycle, are imperiled throughout their range.

One important factor in these declines is due to dams, undersize culverts and other barriers that prevent fish, mussels and other aquatic wildlife from moving to areas to complete their life cycle.

These barriers also impede natural river flows and function. Sediments, once carried by rivers to coastal wetlands, are trapped in reservoirs and pools above dammed rivers. The trapped sediments no longer replenish coastal marshes, which adversely affects seafood nurseries and bird habitats along shores and estuaries.

In addition to barriers, some rivers have been altered to the point that they are no longer connected to their floodplains. By reconnecting rivers to their natural floodplains, floodwater can be dissipated and slowly absorbed. This improves the resilience of land to storms and reduces damage from floods. Floodplains also provide critical habitat for small mammals, birds, reptiles and amphibians.

Luckily, there are numerous ways to improve or re-establish “aquatic connectivity” for fish and other wildlife. Many partners at the local, state and federal levels — including conservation groups and private landowners — are working together on such projects. They have installed structures that get fish and eel up and around dams, removed obsolete barriers such as unneeded mill dams and upgraded and replaced obsolete infrastructure like culverts that block fish movements. Enter “Recent Fish Passage News” and “A Year of Clearing the Way For Communities and Wildlife” into your search engine to learn more.