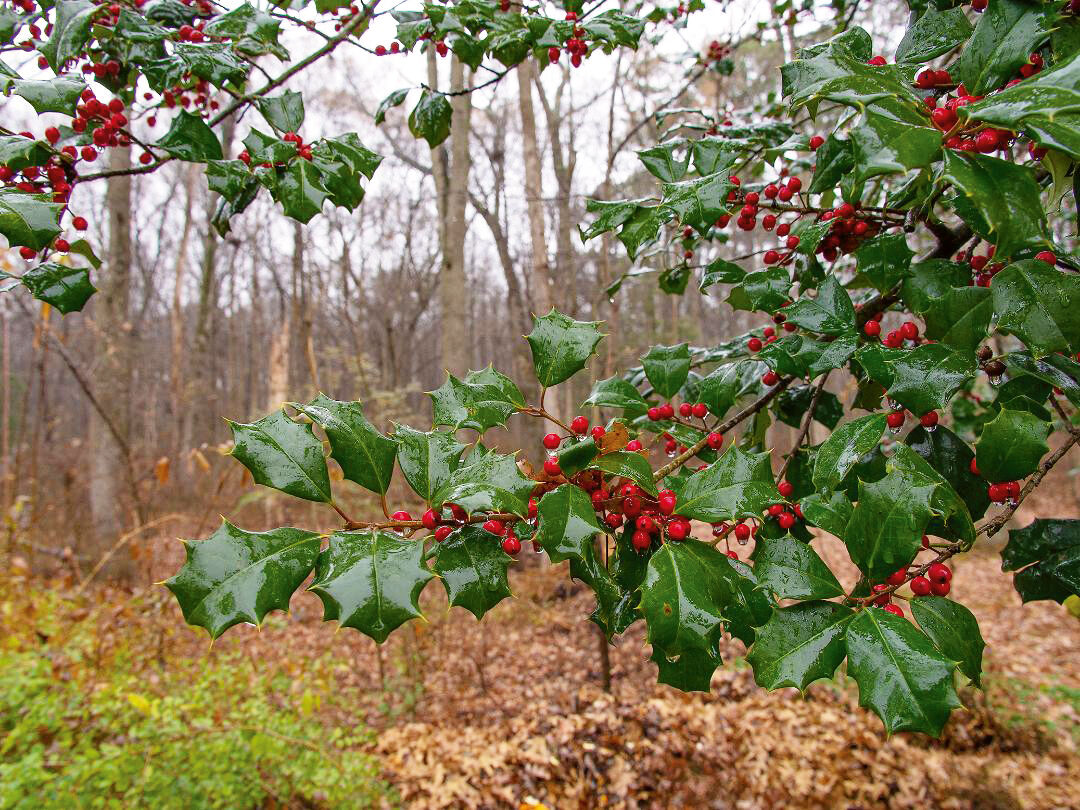 The green boughs of an American holly stand out in the fall and winter landscape. 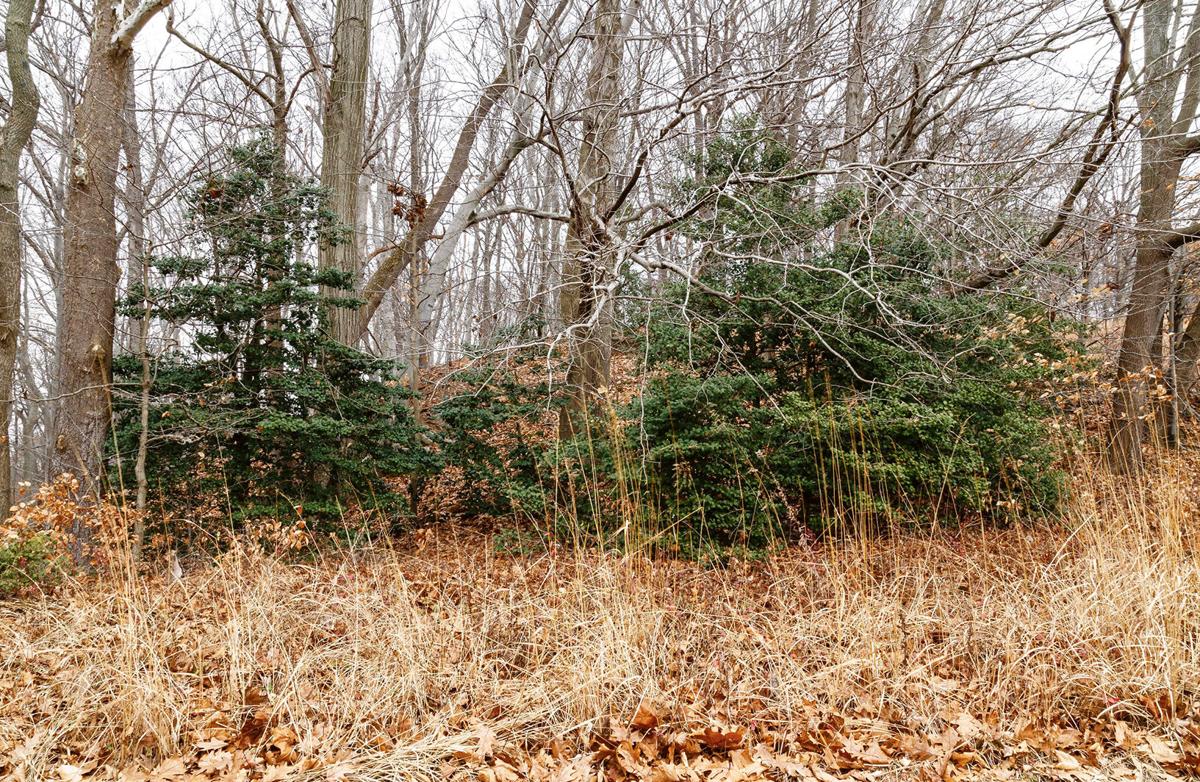 Like all evergreens, the American holly does not lose its leaves at the end of the growing season. Birds rely on its leaves for shelter and berries for food. (Tom Potterfield  CC BY-NC-SA 2.0)

As I walked through a tiny wooded trail near my home, I tried to tread softly so I could spy any birds or mammals remaining for the winter. It was impossible as my feet crunched on the crisp orange, yellow and brown leaves that covered the ground.

Here and there leaves still hung, almost desperately, to a few large oaks. But, for the most part, what had been a fiery landscape of autumn had been replaced with a starker palette of grays and browns.

Amid this background, one tree stood out with glorious color. Ignored most of the year, an American holly (Ilex opaca) now caught my attention, taking center stage with its bright green leaves and ripe red berries feeding my passion for color.

Like all evergreens, the American holly does not lose its leaves at the end of the growing season. Thick and leathery, holly leaves do not lose water as cold weather sets it, a process that causes other deciduous trees  to shed their leaves. Easy to identify, holly leaves sport spined teeth and are satiny-green and smooth with a yellowish-green underside.

The American holly is only one of several hundred holly species found throughout the world. People have long been fascinated with these evergreens. Druids viewed the holly as a tree never abandoned by the sun that they worshipped. Romans presented holly boughs with gifts to esteemed friends. And, of course, many people “deck the halls” with holly, using them as seasonal decorations.

Birds are important in dispersing holly seeds. Perhaps the most important in seed dispersal are the large winter-migrating flocks of small birds, such as cedar waxwings and American goldfinches.

Hollies are dioecious, meaning that a single tree will have either male or female flower parts. Both male and female flowers are small and creamy white. They appear in late spring or early summer, and pollination occurs thanks to bees, wasps, ants and moths. Only the female trees bear fruit.

Often appearing more like a large shrub or small tree, the American holly is a slow grower, but they can reach up to 60 feet. The fruit, known as drupes, ripen from September through December and stay on the tree throughout the winter.

Hollies grow best on well-drained, sandy soil but will tolerate somewhat poorly drained areas. Able to withstand shade as an understory tree as well as thrive in full sun, they are scattered from Massachusetts south along the coast to Florida. In the south, they range west to eastern Texas and southeastern Missouri.

This native holly makes a wonderful landscaping tree when planted singly and given sufficient space to grow. It is important to plant both males as well as females if berry production is desired. Many homeowners choose to group them as hedges to screen their yards from activity and noise or to serve as background plantings.

Hollies planted near our homes attract wildlife activity, especially the birds that they flit among the branches for cover and gorge themselves on the berries.

Hollies are not only good for animals but are pleasing to human eyes and balm for the soul. We can chase away some of the winter doldrums by decorating our homes with sprigs of holly.