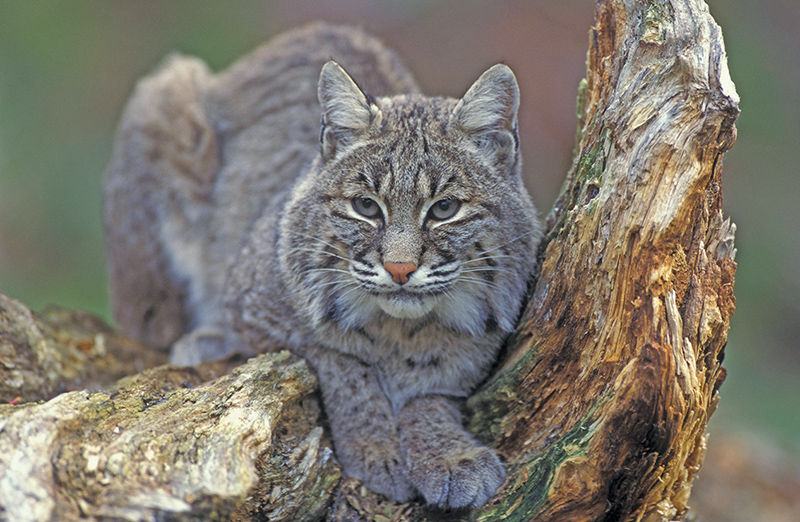 Bobcats are mostly nocturnal, although they may come out during the day. (Gary Kramer / U.S. Fish & Wildlife Service ) 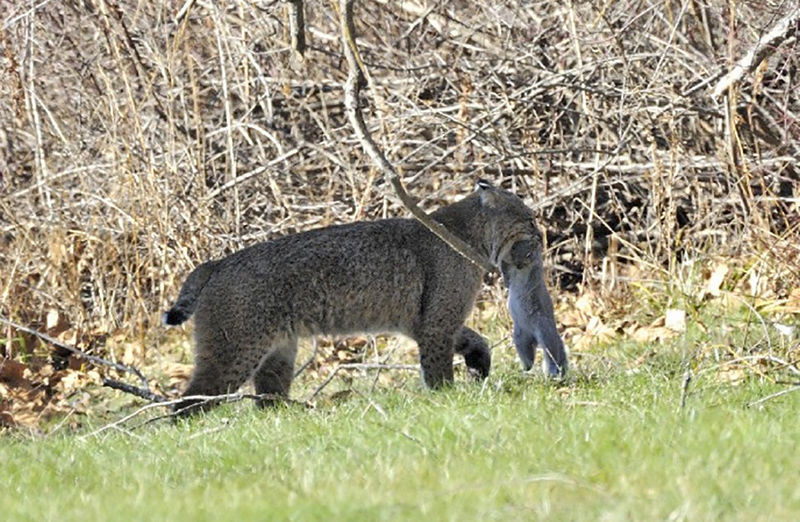 Bobcats are mostly nocturnal, although they may come out during the day. (Gary Kramer / U.S. Fish & Wildlife Service )

Few Americans have seen the shy and elusive bobcat (Lynx rufus). And yours truly is no exception.

Though the most widely distributed wild cat in North America, the bobcat is not commonly seen as it is mostly nocturnal and avoids developed areas with dense human populations. The bobcat is the only wild feline predator in the Chesapeake Bay watershed, found mostly in forested and mountainous areas.

Roughly twice as large as the average house cat, bobcats have long legs, large paws and tufted ears. Most bobcats are brown or reddish brown mottled with dark spots and bars with a white underbelly and the short, bobbed tail for which they are named. Tuffs of fur on the ears and face are also identifying characteristics of bobcats.

Though small, compared with other wild predatory cats, the bobcat is a fierce and efficient hunter. Bobcats eat nearly any bird, mammal, reptile or other small animal available. They can kill prey bigger than themselves, but usually eat rabbits, birds, mice, squirrels and other smaller game. Bobcats hunt by creeping up on their prey quietly and ambushing them with short bursts of speed. Their excellent hearing and vision allow them to hunt during dusk and after nightfall.

Although bobcats may come out during the day, they are mainly creatures of the night. Excellent night vision is due to slit-shaped pupils that open wide to admit more light. Their eyes also have many light-sensitive rods and a reflective layer that makes it easier for them to detect prey.

Found throughout much of the United States, bobcats make their homes in Eastern woodlands, Western mountains and deserts, and Florida’s swamps.

Their ability to adapt to a wide range of habitats and climates accounts for much of their success.

Bobcats are very territorial with a home range extending 5– 50 square miles, depending on how much food is available. They mark these areas with urine, feces and scent from a special gland. A female’s range rarely overlaps with other females; though a male’s territory may overlap with that of other males and contain female territories.

Bobcats don’t hibernate in the winter. In fact, female bobcats increase their home range during the coldest time of year.

The sexes usually interact only during mating season, between January and March. After mating, the two separate and two to six kittens are born about 60 days later in a secluded den or burrow. Kittens are blind at birth. Their eyes open after eight or nine days and they are weaned within two months.

Females guard their litters carefully, as owls, foxes and even other male bobcats may prey on the kittens.

The mother teaches them to hunt by bringing live mice or other small rodents to the den for them to kill. Kittens begin to venture out at five weeks. By fall, kittens usually disperse and may establish their own territories, but some may remain near their mother until the next spring.

Female bobcats are capable of breeding at 1 year of age; males are sexually mature at 2 years of age.

Despite the bobcat’s wide distribution and large population, there was a time when it was hunted for its fur to the point of near extinction. Today, the bobcat is protected in some states and hunted in others where populations are robust enough.

I have yet to see one of these elusive cats, but once while trekking through the mountains of southern Virginia, I did hear an eerie sound, a cross between a cry and a growl, that may have come from a bobcat hiding in the scrubby brush.